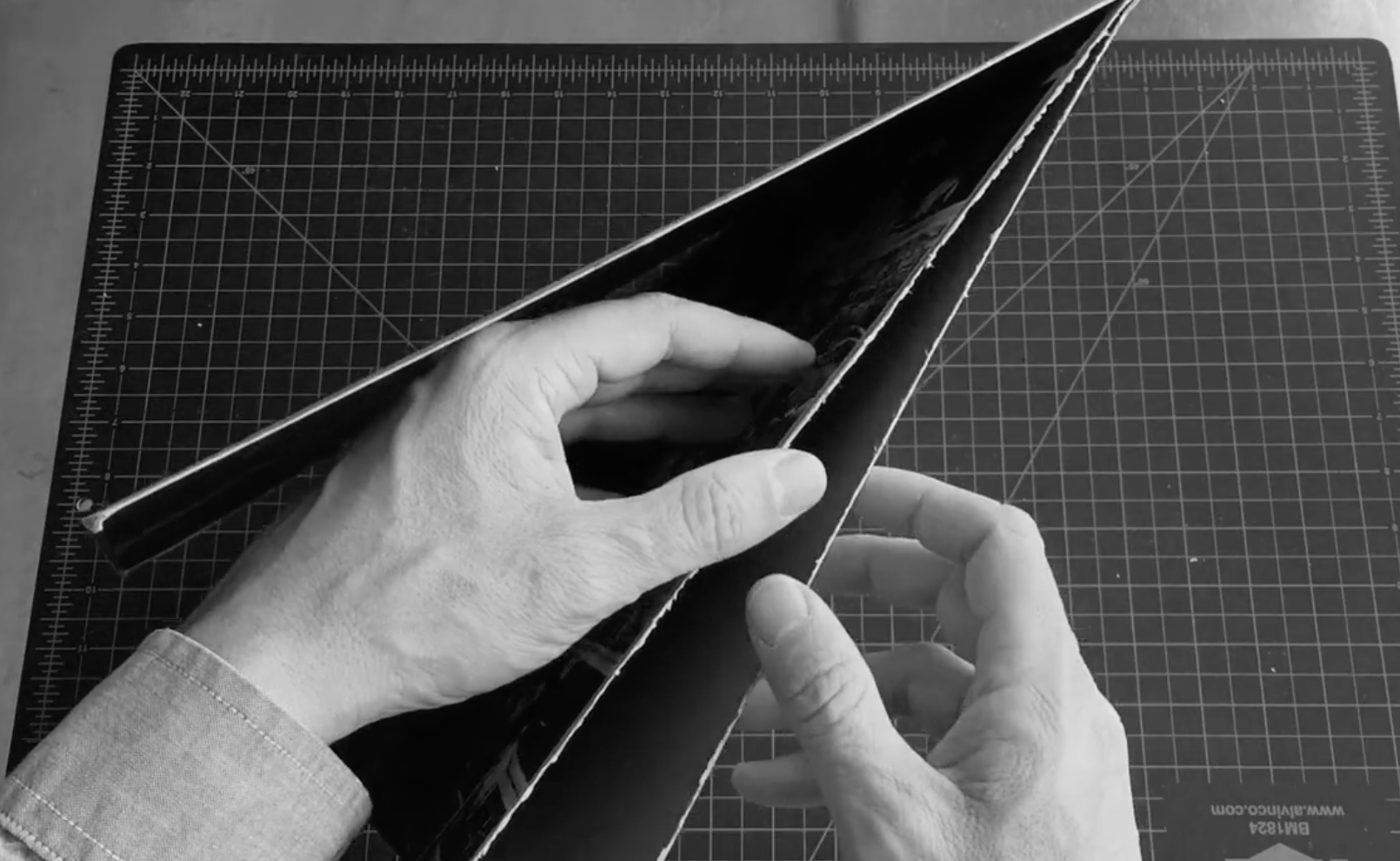 John Blomstrom is a champion of vinyl record preservation and protection. When John got back into buying records a few years ago after a pause in the ’90s, he was faced with a familiar (and ugly) problem. Split seams of record sleeves and their (perhaps worse) clumsy fixes were rife in the second-hand crates. As an industrial designer by trade, when he sees a problem he won’t rest until he finds a solution. And thus, Seamzeazy was born. 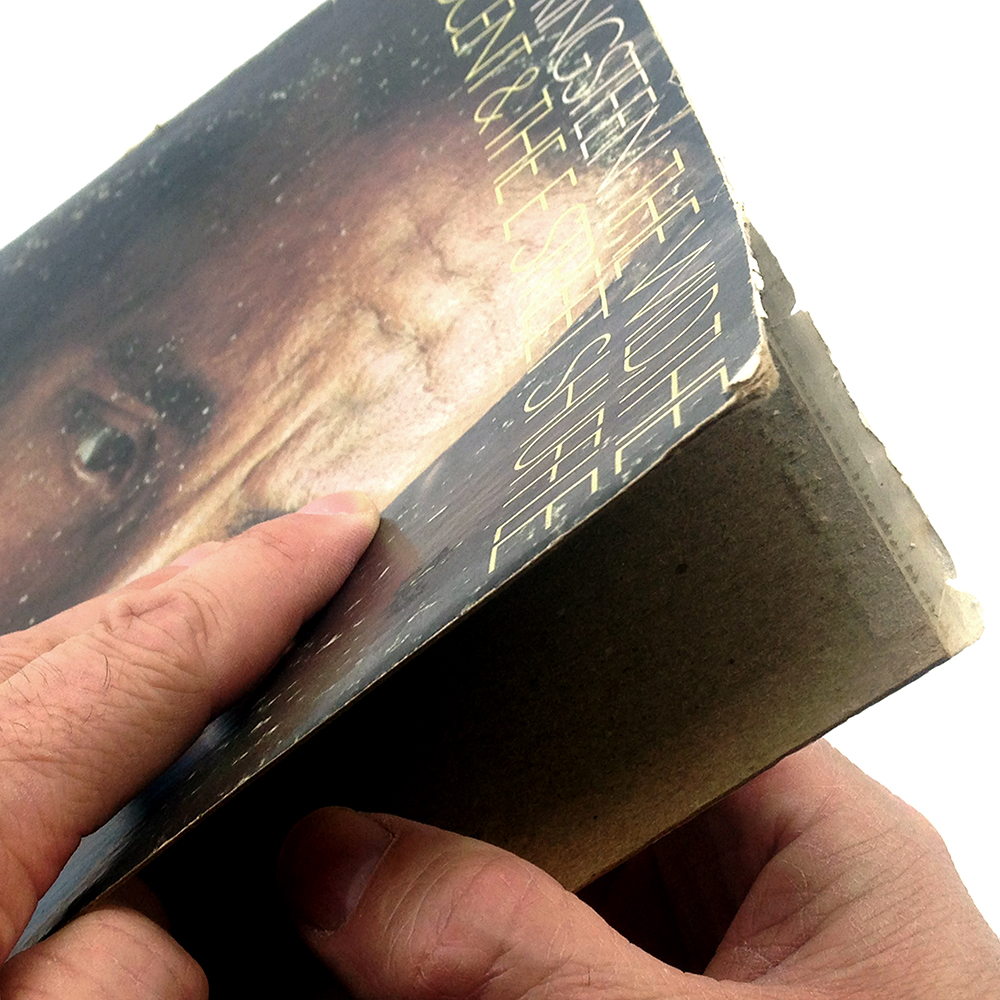 John fell back into collecting records almost by accident. “A friend of mine called and said he had 1200 records that his wife wanted him to get rid of. I knew his taste in music and I was thinking I’d just go over and take a look. A lot of the records in his collection and at record shows had torn seams. The jackets were in disrepair and some of them were taped. I saw duct tape and masking tape. So I started collecting those weird record jacket fixes.”

Dissatisfied with the use of masking tape and other makeshift repair jobs on damaged record sleeves, he turned to Google for a better solution. When his Google search came up empty, his creative mind went into overdrive. “I don’t want to use any kind of tape on the outside of the jacket because I just felt it further degraded the value of the record. And the album covers and the artwork are one of the major factors of collecting vinyl records. It’s that artefact, it’s the scale of the album. It’s the look, the feel – even the smell of it – and to put tape on it just didn’t make sense. So I started making prototypes, doing all different designs and using different materials and pieces. It just snowballed into finding a manufacturer and working with them to produce a product and trying to get it out there to record collectors and sell it.” 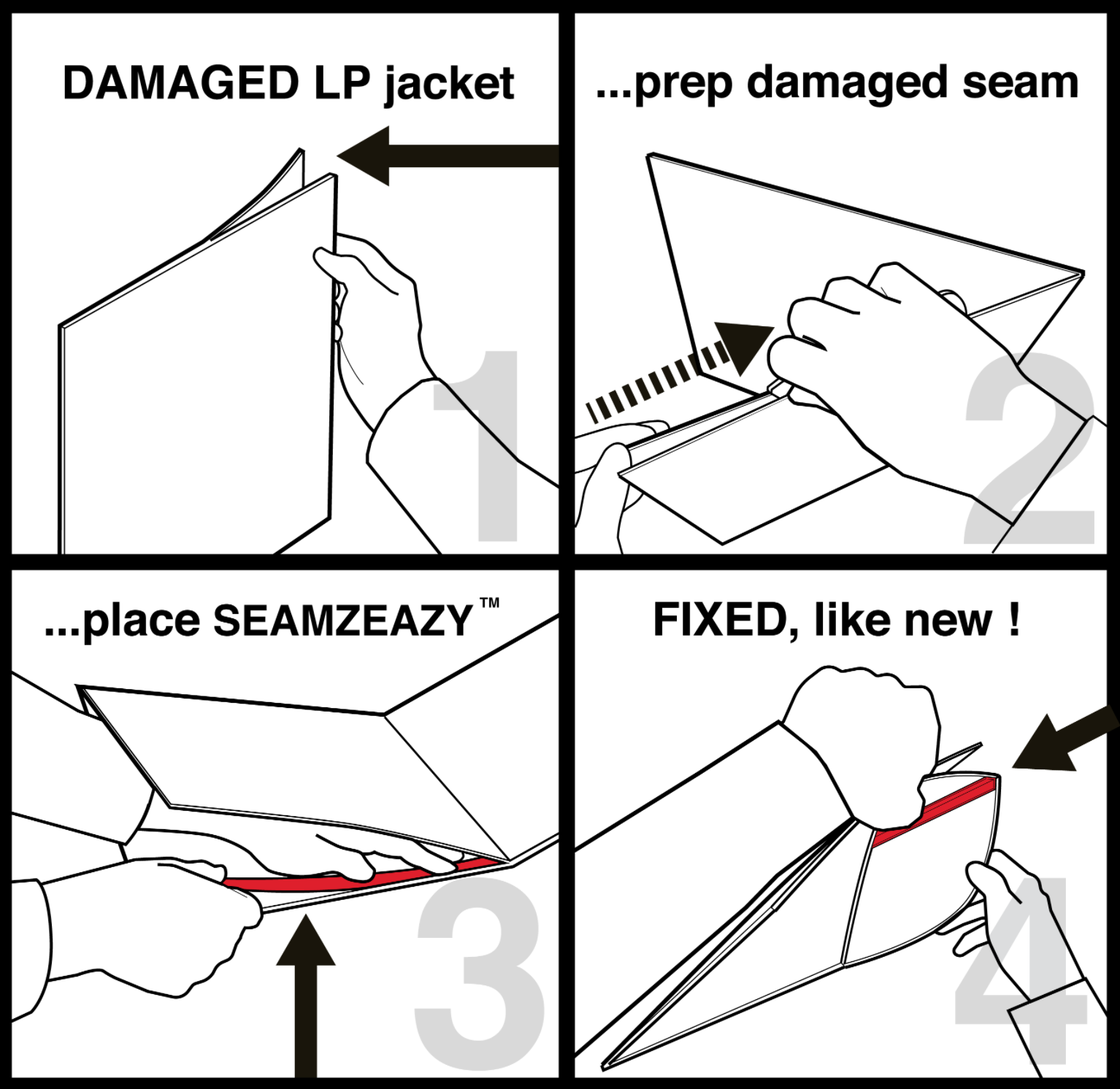 And true to his word, he did come up with a better solution for fixing split record sleeve seams than the humble masking tape. After a bit of testing and analyzing, John came up with the first iteration of the Seamzeazy record sleeve repair strip – a self-adhesive cardboard strip that you can insert into a damaged record sleeve to discretely restore the sleeve to its former glory.

“It took about a year, for a little simple strip. Going through various prototypes with the manufacturer and dialing in on the right adhesive and the proper material to get the product just right; a pick and peel design.” 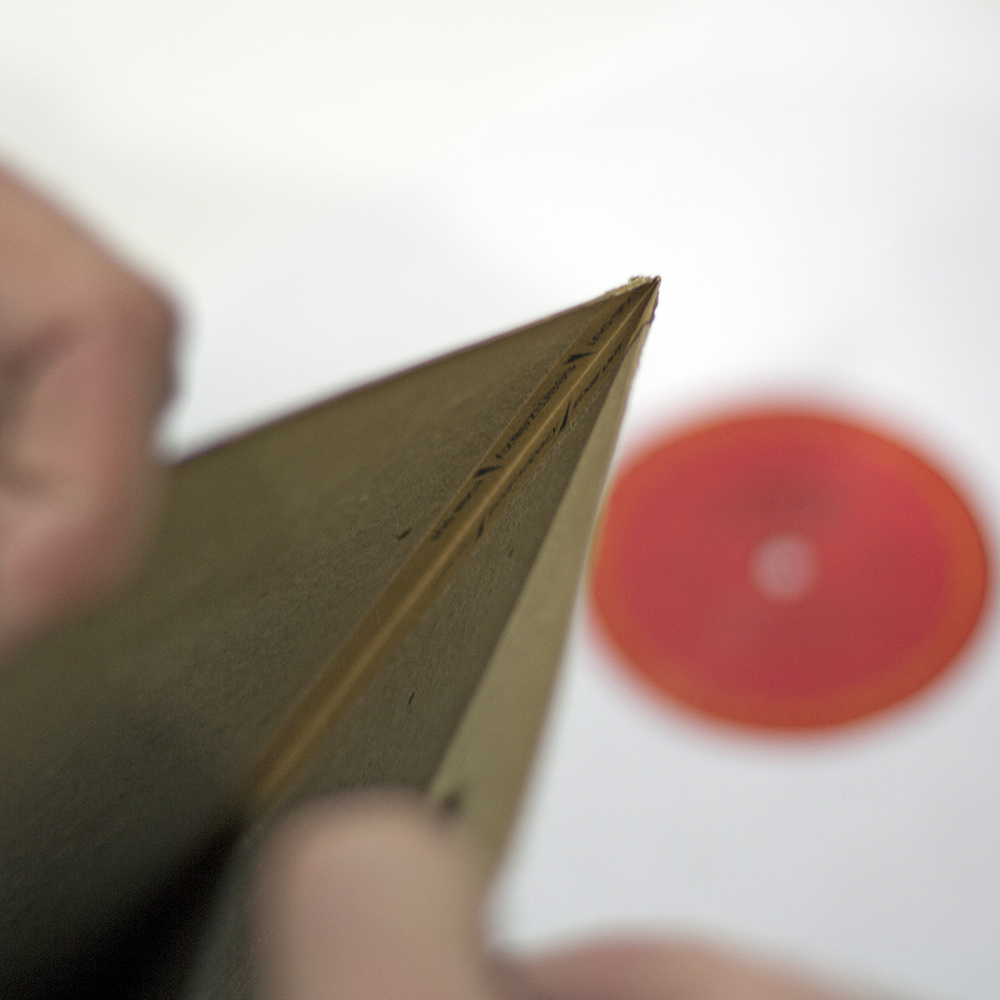 “I’ll tell pretty much anyone who will listen: this is another tool in the toolbox within the world of record preservation. It’s not a fix-all. Sometimes you still do need to get out the glue or glue stick, but this fixes a wide range of the pure seam tear outs.”

Seamzeazy already has converts among record collectors and sellers. With the volume of records many stores are turning over, many are rejected due to the poor state of beat up record sleeves as they’d never sell. By repairing the record sleeve with the Seamzeazy strips, they’re able to sell those records on – maybe just for a dollar or two, but what is effectively an easy fix can give a record a second life.

“If you think about how many records were produced from the ’50s to today, the number is staggering. How many records in the ’90s were thrown away – dumped in a landfill – when the music industry switched from vinyl to CDs? That number makes me almost ill. So when I got back into collecting records, and started this company, I made my company tagline “Preserve and protect your collection”. That’s the inspiration behind this. Hopefully we can prevent losing any of these great records that are part of our history, of our culture. Am I doing everything i can right now with my company? No. But that’s what inspires me, and that’s what sets me into bringing more, new products out to record collectors.”

“It can freeze the value of your record so it doesn’t degrade more. In some cases it can incrementally improve it, but it’s really in the eye of the beholder, whoever puts the value on the record. But it does give you that option to do that, to preserve and protect the record you cherish. Or that you wanna sell. I do still sell records and if I do fix some records that are in disrepair I’ll tell the buyer right off the bat that the record they’re buying has been improved with the Seamzeazy strip.” 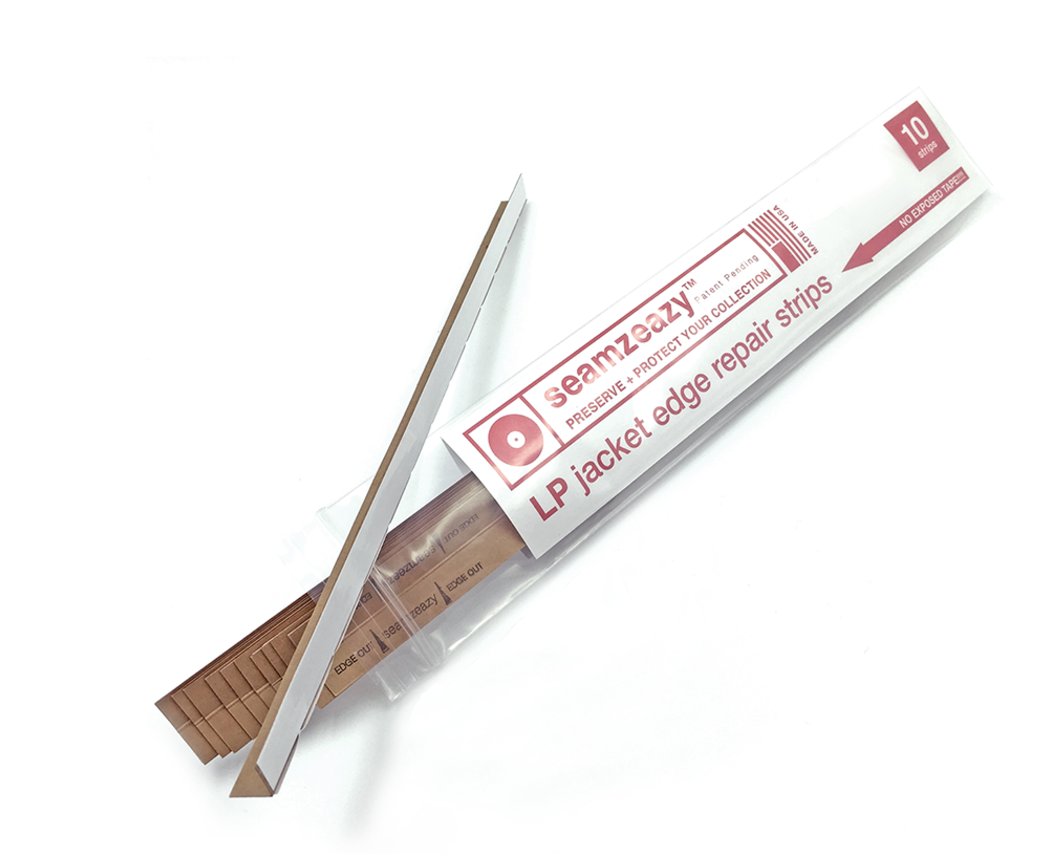 While John is enthusiastic about record preservation and protection, he knows that Seamzeazy won’t be for everyone; “Some record collectors would never tape their record sleeves, or tamper with their records and i appreciate that.”

John has big plans for the future of Seamzeazy and the protection of vinyl records. His industrial design background means he’s always looking for ways to improve his current products and new products that go a step further to preserve and protect vinyl records. As well as improvements to the standard Seamseazy strips, he’s also planning on introducing a new range specifically for damaged inner sleeves, specifically those with artwork that deserve better than some sloppy tape.

Besides the record jacket repair strips, Seamzeazy’s product line also includes a record tote bag (with a display window to share your favorite album artwork) and laser cut turntable mats. John’s also got a view to revolutionising the record brush, which in his eyes hasn’t seen any major innovation in the past 25 years. You can stay tuned on all the latest Seamzeazy developments and shop the full range of products on the website. 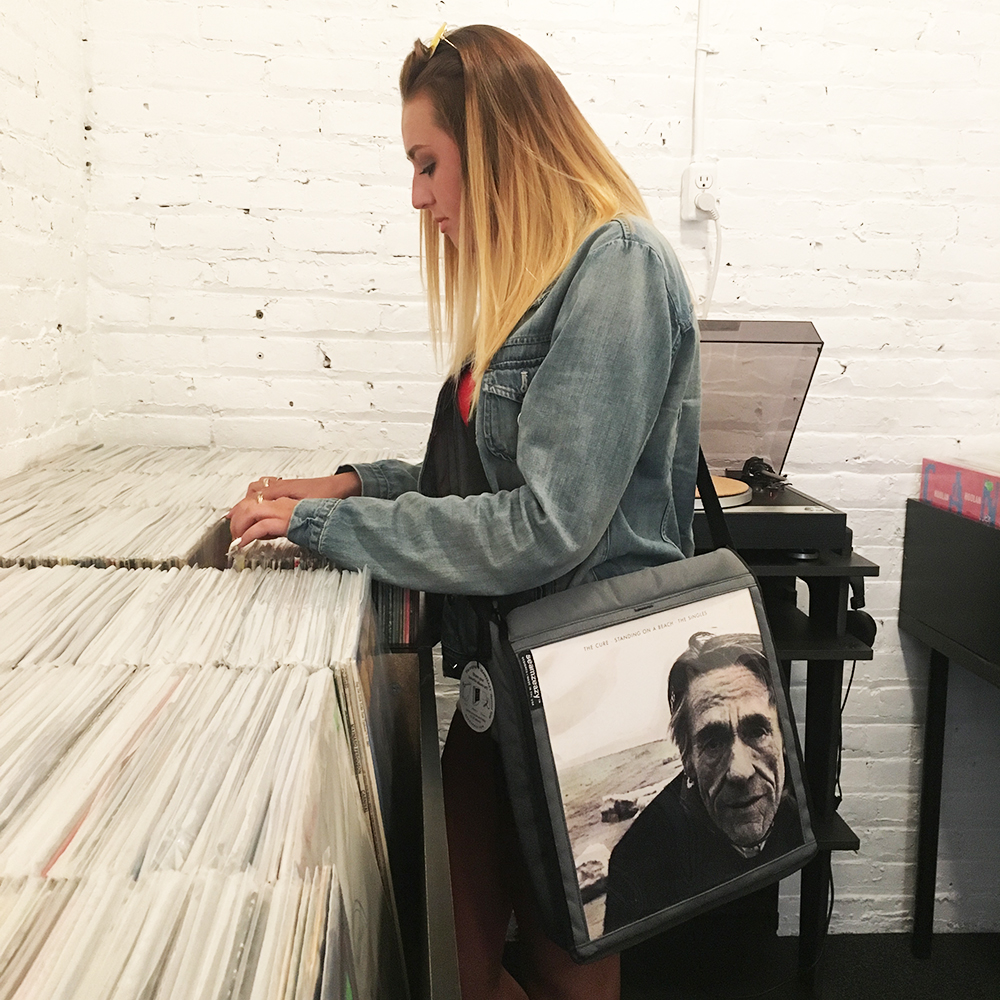 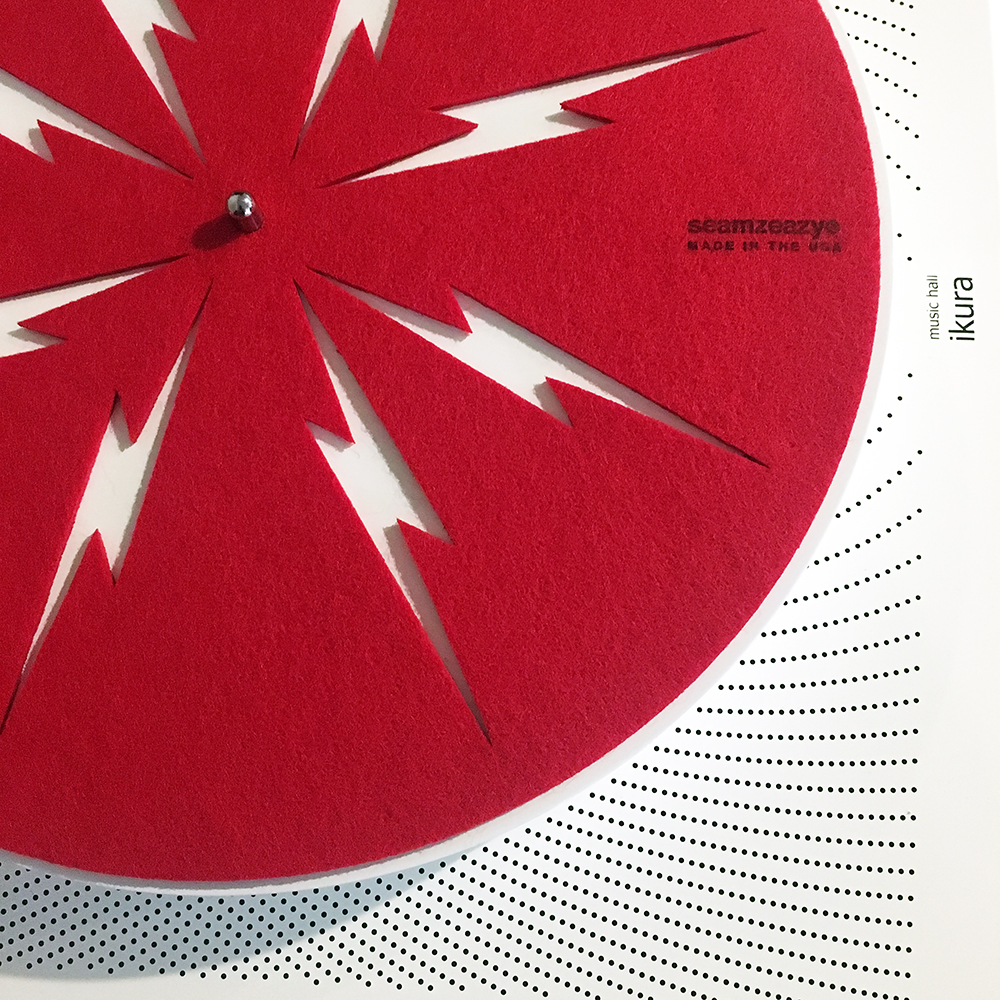 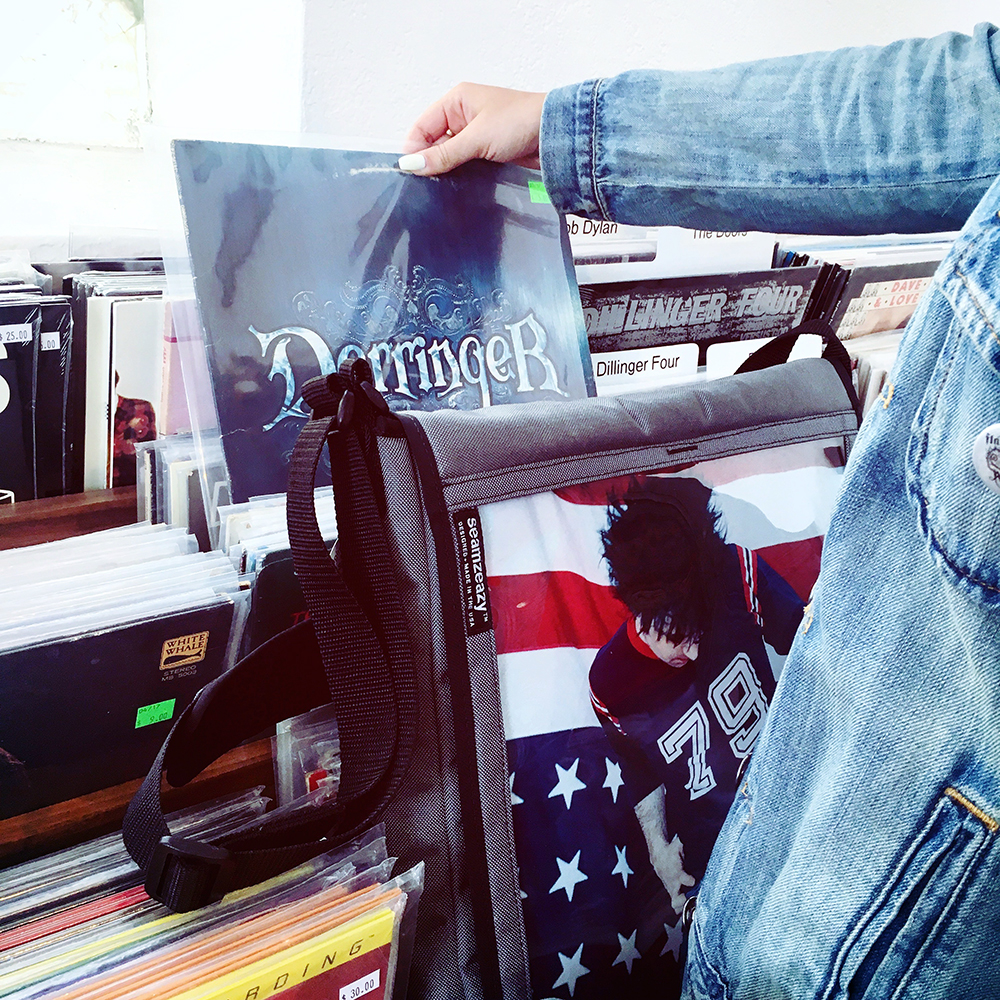 John is optimistic about the future of music on vinyl as the ideal way to distribute music. “There’s a connection that transcends just the music, and you can also distribute the MP3 files through that format. I hope the industry commits to and standardises that format so you don’t have to go to 100 different places to get the mp3.”

Our September Pledge Initiative is all about the preservation of music history and record collecting culture. Seamzeazy is a company that puts that embodies that idea. Whether you have an old record that’s in perfect nick or is in need of some serious TLC, add it to the Discogs database. You’ll be doing your bit to archive music history and help us reach 9 million releases in the database, and you’ll go in the draw to win a Discogs prize pack!

Preserve and protect your records with Seamzeazy and ensure their legacy lives on forever by adding them to the Discogs database!