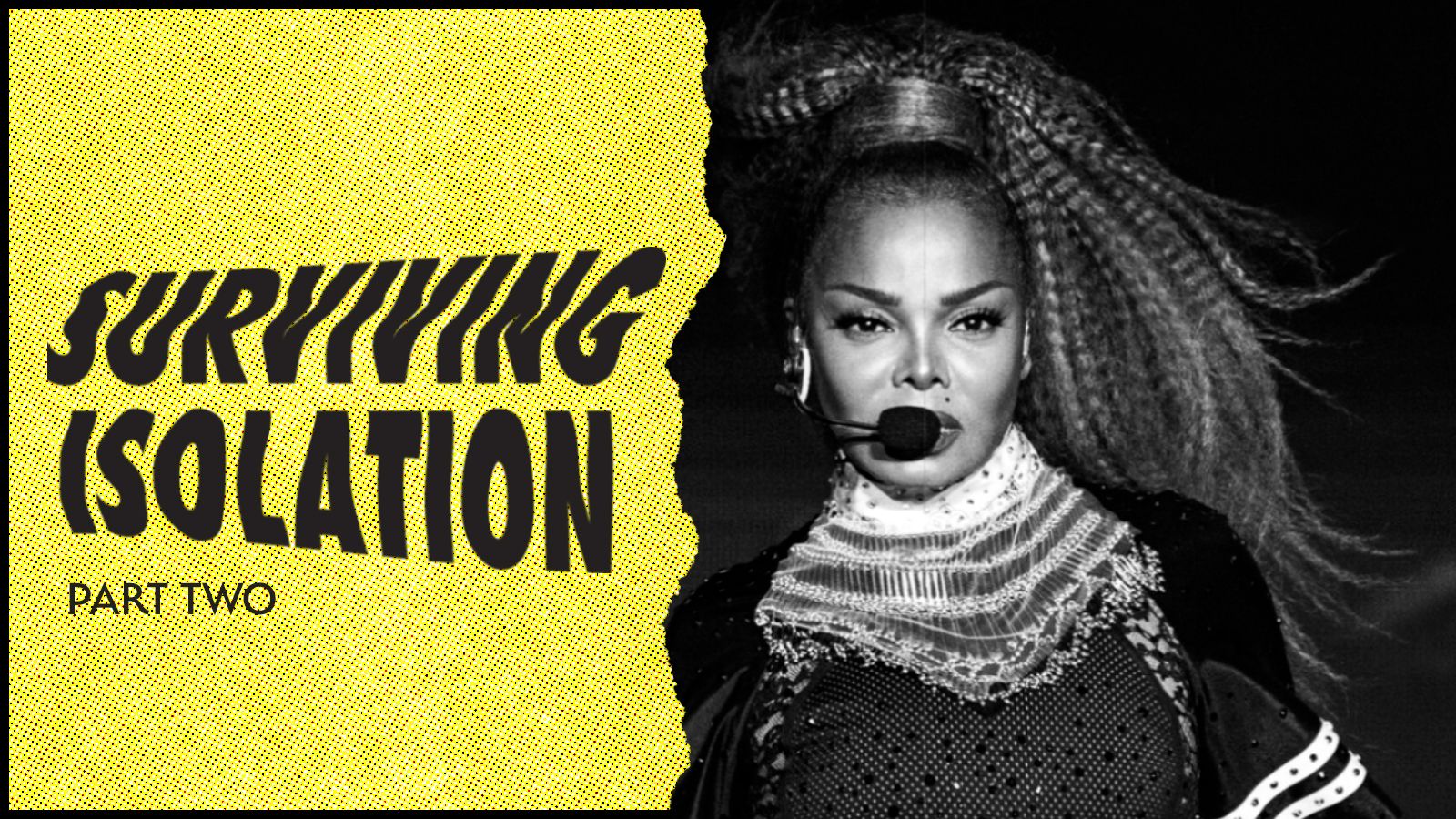 If you are unlucky enough to have a birthday that has fallen or is about to happen during the lockdown, it is easy to get majorly bummed out about it. I am big on celebrating the day I graced this planet, and usually start prepping any and everyone, from the bartender at my local pub to family, friends and the dog groomer months in advance for the big day. This year, I was supposed to go down to Bristol and hang out with one of my newly single girlfriends. Her birthday is one day before mine, and she wanted to do an old fashioned crawl of bars. Alas, such rapture was not to be; the only crawling she did was from one room to another, bemoaning this horrible virus named after an admittedly rather refreshing light beer.

As the day wore on, her calls and texts intensified, as she began ‘zooming’ and Facetiming various people, having shots ‘virtually,’ and basically doing the same sort of drunken nuttiness that would have taken place in public, festivities instead having been forcibly moved to an on-line party in her kitchen instead of out amongst the innocents at a watering hole. Towards the early evening, my WhatsApp exploded with emojis and ALL CAPS, fuelled by most likely a good quarter bottle of vodka: ‘I LOVE YOU! I AM BLASTING JANET JACKSON ‘NASTY’ AND DANCING AROUND AND IT REMINDS ME OF YOU!’

I went over and pulled out the 1986 album Control that the track was taken from. I was immediately taken aback- LITERALLY (almost) EVERY SONG IS A MASSIVE HIT. The Jimmy Jam / Terry Lewis production is nothing short of a masterpiece, blending r & b with synthesized drums, disco breakbeats and huge lashings of Jackson’s powerful sass. Even if you hated Janet back then, it is impossible to not recognize what a triumph this LP is, and I dare you to not want to at least tap your toes to a couple of the songs (boozy texts optional). Between this -and my other pick for this week’s isolation survival, M.I.A’s debut 2005 Arular– suddenly being locked inside the 700 square feet of our house for a month longer seems almost fun. In their own ways, both albums are huge declarations of personal freedom and acceptance, which contrasts with the current climate of uncertainty and confinement. Yet each of these albums offer that ray of hope and lightness crucial to get through these unprecedented waters.

Janet Jackson’s Control Is A Statement

From the almost Andy Warhol pop art cover to the military-esque fashion featured in videos (a choice that would continue with even more fervour on the follow-up to Control, the equally brilliant 1989 release Rhythm Nation), every aspect of this album- lyrical choice, song arrangement, and production- is a statement: this woman is powerful. Like a massive foot stomp to declare her own identity, the LP kicks off with the title track, ‘Control,’ offering a bombastic autobiographical glimpse into Jackson’s psyche as she entered young adulthood. Though the youngest female sibling in the legendary Jackson dynasty, her sentiments in the song- of taking hold of one’s own power- are arguably universal, her delivery on the song infectious. The chorus- ‘I’m in Control – Never gonna stop!’ could be a battle cry for pretty much anyone, the listener (or me, in this case) feeling immediately uplifted and ready to conquer.

The rest of the album builds on this theme of Jackson- or ‘Janet- Miss Jackson if you’re Nasty’- demanding respect. To be in her world, you ‘Better be a gentleman  or you’ll turn me off,’ a pre-cursor and even more hard-line approach than TLC ask for from their suitors more than a decade later in ‘No Scrubs.’ But having good manners is not enough- oh no! The album’s third track, ‘What Have You Done For Me Lately’ (if you are of a certain vintage, you will vividly recall the big shoulder pads and over exaggerated upper body dance moves of this video) builds on the theme of Jackson having no time for anything but high calibre man company. The push-pull power within a relationship is again explored on the LPs second side. ‘The Pleasure Principle’ title may at first glance sound like a leitmotif of Sheena Easton’s ode to her vagina, the 1984 Prince penned single ‘Sugar Walls.’ But ‘Principle’ is not about sex as much as it is about valuing of self; ‘Where’d you get the idea of material possession? Thank you for the ride to nowhere,’ Jackson asserts. The emphasis is on emotional intimacy and the ‘pleasure’ that can provide. The giddy ‘When I Think of You’ and ballad ‘Let’s Wait Awhile’ complete the illustrations of Control, as it is Jackson, not her suitor, who are navigating the parameters of the relationship.

The Political Power of M.I.A.’s Arular

Just as Jackson challenged traditional gender roles on Control, M.I.A. uses her debut album to pack in political punches, with themes of revolution and war running throughout the entirety. Even the album title refers to the political code her father used during his involvement with Sri Lankan Tamil military group. Similarly to Jackson, M.I.A. is not veiled in her feelings. On the first track, she demands, ‘Pull up the people, pull up the poor,’ while verbally illustrating violence and poverty: ‘I got the bombs to make you blow / I got the beats to make you bang/…Everything I own is on IOU.’ The singer once told a journalist the challenge of using controversial lyrics, as they could be often hard to dance to. On Arular, even songs of civil unrest and violence, like the horn-heavy, guttural artillery of ‘Bucky Gone Gun’ will have you rapping along, a karaoke party of one- before you even realize what the track is about. Equally catchy and perhaps even more disturbing is the groovy rump shaker ‘10 Dollars.’ At first listen, syncopated drums and the reprieve, ‘What Can I Get for 10 Dollars?’ immediately recall 2 Live Crew’s 1989 classic, ‘Me So Horny,’ when frontman Luke Campbell asks, ‘What’ll we get for 10 dollars?’ before receiving the reply, ‘Every ‘ting you want.’ In the controversial single, the narrative is all about Campbell pursuing some booty; it isn’t fully clear if it is through a service or a willing friend with benefits. M.I.A. flips the narrative to a call and response between a john and a young prostitute. While Campbell’s samples feature female voices crooning in what sounds like anticipated sexual ecstasy, M.I.A.’s ladies are clearly trying to barter for survival in dire circumstances.

Both of these records share the quality of every track helping to create an overall story; there is no filler. They are like the lessons we are learning today during this bizarre and terrifying global pandemic: that even amidst our most challenging moments, a good boogie can help even the hardest situations seem a little bit brighter. Birthday dance party of one (or more via the interweb) has a soundtrack.

Interested in seeing more articles like this one?
How about getting information about the Discogs Limited-Edition Radar?
Subscribe to Discogs Partner Offers for access to exclusive and limited edition vinyl, new/reissue releases, contests & more.
Want to join the Discogs community of music lovers?
Sign up for an account here.
Return to Discogs Blog
4 Comments