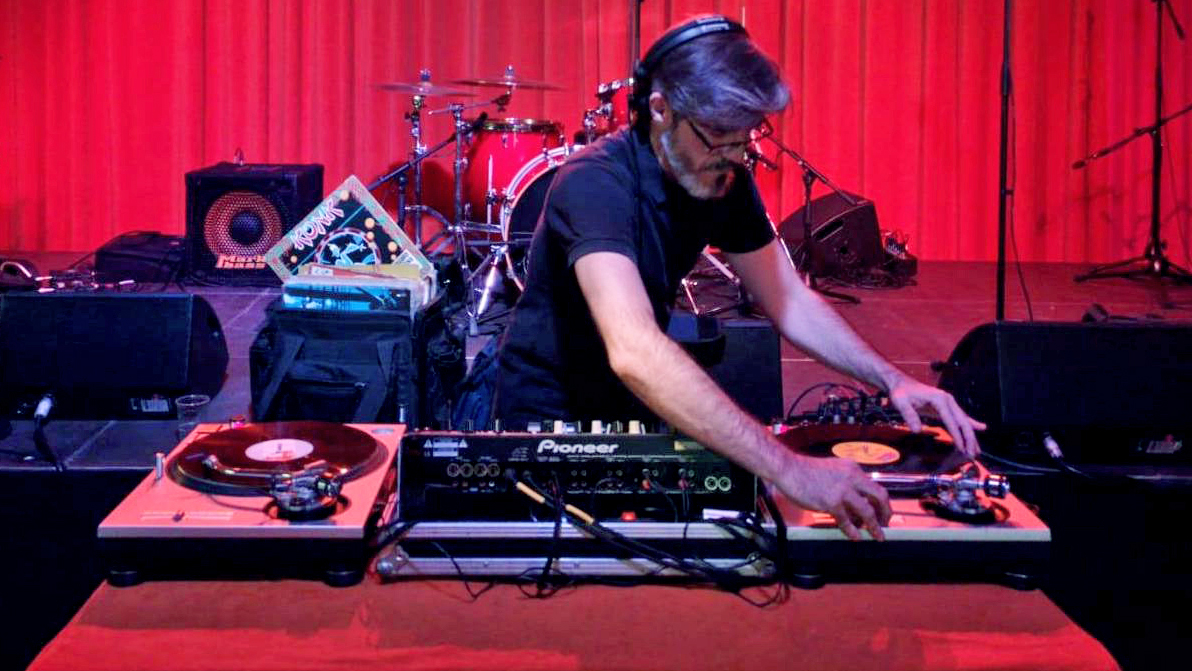 In partnership with dublab Barcelona, a non-profit online radio station with a sister site in Los Angeles, Discogs shining a light on artists. The following is DJ and musician Dani Blue walks us through some of his favorite album finds during what he calls the Golden Age of crate-digging.

It is quite recurrent, in different aspects of life, to use the saying: “in times past, (this or that) was better.” There would be much to debate on this statement. However, in light of the topic at hand, I cannot agree more with this statement, even if it seems a bit stale and reactionary. The topic in question is the search, exploration, and hunting of second-hand vinyl that are good and — most importantly — cheap. There was a time when the excitement of stirring buckets in traces, thrift stores, and Sunday markets, where you could find unknown and cheap artifacts chosen by intuition or by vague informative references (the design of the cover or label, the producer, the year, etc.), produced an incomparable emotion that could last until arriving home and checking if what was acquired was worth it or terrible. It was like a gambling game where sometimes you won and sometimes you lose; both ways were perfectly feasible because those pieces of plastic were quite cheap.

I’m talking about the pre-internet era. Obviously, there were also second-hand records with significant prices, but the ones that were most abundant were the cheap ones that almost always coincided with marginal and strange styles, which were not in vogue and were the ones that I felt most interested in. Nor should we forget that at the time I started buying second-hand records (the late 1980s and onwards), the appearance of CDs made many collectors sell their vinyl to record stores and street markets so they could replace them with chrome “pose glasses.”

Not only were classic records from all eras found at a good price, but also those unknown rarities. There was less information available and the person in charge of the store or the record stand charged you more for a Madonna or Police record than for Conrad Schnitzler or Albert Ayler. (Oh! And the singles and maxis because they had fewer songs.)

I could say that the Golden Age for crate diggers was the decade from 1994 to 2004 when everything was possible.

Here is a list of 10 albums plus a “bonus track” that exemplify the above. 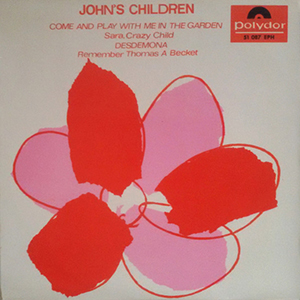 This was never sold through Discogs. At Popsike, they were asking for £690 ($908) about 15 years ago. Nowadays, there are no copies for sale. It’s a superb example of English mod-psychedelic sound with a splendid Marc Bolan pre-T. Rex.

This is a great maxi single by this unknown German post-punk band from the ’80s with a side sounding like Pig Bag and the other with an example of ethno-minimalism avant le lettre. I have never seen this record anywhere else. I bought these two plastics in 1995 at a thrift shop called Second Company in my native Mataró (near Barcelona). They charged me 200 pesetas each (less than €1.50). 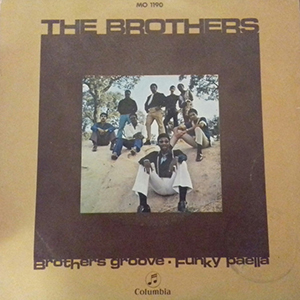 This is a huge single recorded and edited in Spain in 1971 by American citizens based at the Torrejón de Ardoz military facilities in Madrid. Two great songs, one in a deep soul-funk mood and the other in a super catchy funk-break style. I bought this album for €12 at La Casa Usher/La Bola in Barcelona (not to be confused with the current book store of the same name) in the early 2000s. It’s an excellent second-hand store focused on cultural material (comics, books, movie posters, records, old toys, etc). I bought a lot of jewels at a good price. Charly (I think that was the name of its manager) let me listen to some of the records on his hi-fi system when I doubted whether to buy or not. 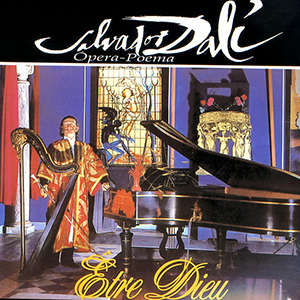 It’s a remarkable sound object with texts by the great writer Manuel Vázquez Montalbán plus music by the no less brilliant Igor Wakhévitch. It was purchased at the Els Set Peus antique shop in Vila de Gràcia (Barcelona). From the late 1990s until 2005, it was more or less worth it investigating there. I suppose that an “outsider” living in the area was gradually selling his collection because around those years I kept finding industrial, contemporary classical, and jazz records until the tap was turned off. The manager charged me 1,500 pesetas (€9) — triple box at 500 pesetas each. 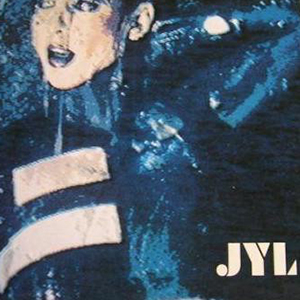 Interesting 1984 German synth-pop album produced by Klaus Schulze. Years ago, Alessandro Adriani, boss of Mannequin Records, saw it in my collection and told me he wanted to do a reissue. That was at the beginning of his label, around 2010 if I remember correctly, when he lived in Barcelona. At the moment no one had reissued it yet. 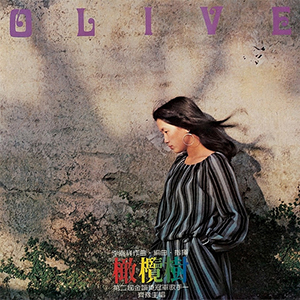 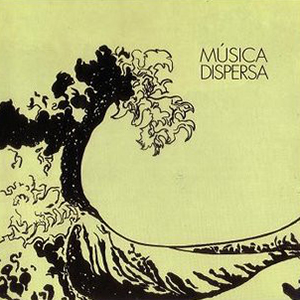 This is a first edition (which includes a poster) of this rare gem of Catalan psych-folk. I was lucky because the editions that used to be found were the ones from 1971 and 1979, without the embossed cover or the poster. This was in 2001, months before it was reissued again on vinyl. I bought it from a second-hand book and record store run by an old hippie and her son in Gracia (Barcelona), of course. I paid about €10. 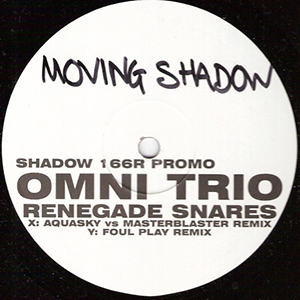 Maxis and LPs where a bit tricky when you bought them outside a specialized store since you could not listen to them or receive any information from the person working in the establishment. Either you knew the record or you took a risk. Nowadays, if this is the case, you can search for it with your cellphone. It was purchased from a second-hand chain near Av. Meridiana in Barcelona. After turning hundreds and hundreds of painful vinyl, I found it for €1. This album represents some of the best first wave of Drum & Bass (Foul Play Remix 1993); I already knew about the record. 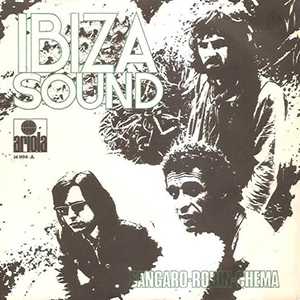 I knew about this rare single from Ibiza thanks to a splendid compilation of Spanish psychedelic groups. I found it at a neighborhood trail in Vilanova i La Geltrú (near Barcelona). The person selling was a rather old lady who had a lot of similar material in her house, so we agreed that I would spend a day at her house in the mountains to check her collection. She gave me her phone but I was never lucky enough to contact. 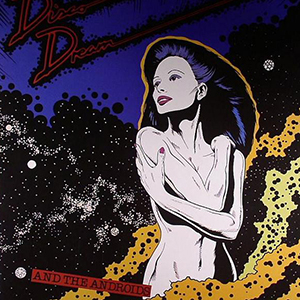 This 1978 English album, with that cover, those track names, and its ridiculous price (£1), was an impossible temptation to resist. It was an artifact that neither I nor anyone I knew had any idea of its existence. I bought this album in 1998 at a grandmother’s charity shop in a small town next to London, where my girlfriend at the time lived. Not long ago, it was reissued. 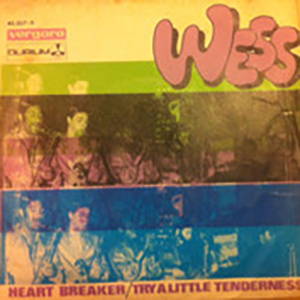 This is irresistible, danceable soul published in Spain. Over time, I came to have two copies, one of which I sold for €20 on a vinyl screen that I was forced to do years ago. I bought this album together with some 25 more singles of soul, funk, hard rock, and country in the place that I have most searched for second-hand records in Barcelona: Els Encants. In 2002, you could still find good and very cheap records; there were not so many speculative hoarders, therefore there was plenty of good material (depending on the day). Of course, it was a lottery, an arduous and dirty work of exploration and intuition. There were also no tourists who later made prices inflate and almost without the possibility of haggling, something very common before. Els Encants was a very marginal place, and more marginal were the ground-level stops that were placed at 5 a.m. in the vicinity on one site where the market itself was set up. Sneaky sellers who neither did not have the money for the auction or space to sell within the premises sell illegally before the market opened. From the mini-batch where I found this single, I only knew 30% of the material; it turned out that except for four or five pieces, most were quite expensive Northern soul jewels that came from a foreign radio station. The boy who sold them to me charged €20 for everything.

These were 10 (plus one) of the many albums that have given me great satisfaction, transporting me to those days of “vinylist” search that often ended with kidney pain and dirty nails, but also with fullness (or disappointment) according to how it “finished.” In any case, it did not stop (nor does it stop) from being exciting.

Dani Blue, eclectic DJ, non-musician, and vinyl collector, has been intermittently making radio since 1990. He has participated in different projects in the field of rock, experimental, and improvised music, performing in festivals like Sónar, Primavera Sound, LEM, Tanned Tin, International Noise Conference, Observatori, Experimenta Club, and venues around Spain.

Polichromo, his show at dublab bcn, is a Spatio-temporal proposal to capture a whole palette of sound colors where the musical horizon expands to unsuspected limits. An anti-dogmatic journey where all genres that have shaken the history of music, framed in the socio-political environment of its time, collide.