Daupe! is an independent label from the UK specializing in rare rap releases on vinyl. Since its inception, the label has been highly influential in the world of indie hiphop thanks to the quality, limited runs, presentation, and even the format of releases.

Some of the records can fetch a pretty penny on Discogs, and it’s clear with the commitment to quality that Daupe! treats physical media and vinyl culture with the greatest respect. We wanted to catch up with head honcho The Purist to get to know the philosophy of the brand a bit better.

Thanks for taking the time to talk to us. Can you tell us a bit about yourself?

I’m The Purist. I’m a producer (sometimes), DJ, and creative director of Daupe!

You’re a self-described “purveyor of luxury rap beats,” and your label is a testament to that, with releases selling out almost instantly every time and high-quality control. You definitely seemed to be a precursor to a new type of label in rap music. How did you know there was a demand for this kind of material?

I had just always done it for the love of the music and the culture. People weren’t really doing vinyl releases that much, and if they were it was on the “stack high, sell it cheap” model. I knew it would come back, but not like this. I suppose now people are just jumping on the bandwagon looking for a quick buck.

What effect did Discogs have in terms of resale on your releases? Once you saw what was happening, did that inform how you operated as a label?

Well, we had to limit the Japanese releases to one per customer as we saw the resale market taking off. People started trying to cop 20-30 copies of each release. Well, we were still wholesaling a small amount of the releases at the time. And a Japanese store called Jet Set took a quantity of my album Trill, so we made some custom obi strips just for them. We just carried on from there. Never thought it would catch on like it has. Shout out to Jet Set.

Looking at what Roc Marciano did with his releases this year, he claims to have had success with a more independent approach. With the growing trend of artists working apart from major labels, what can labels like yours offer these kinds of artists?

We offer a fairer split of profits than a major or previous indies, giving the bulk to the artist. We put a great deal of care into the design and manufacture of the finished product. The delivery of these takes a great deal of expertise. Also, the sheer logistics of getting the product to the customer isn’t to be sniffed at.

As a producer, how are sampling and physical media a central part of your workflow?

What does your record collection look like these days? What kind of things are you buying?

It’s not as crazy as it used to be. So I’ve been moving on stuff, just trying to keep it sane. I’ve currently got the entire SPM library sitting in my kitchen. These days mainly stuff from Japan and the former Soviet Union. Always on the lookout for gospel, too. 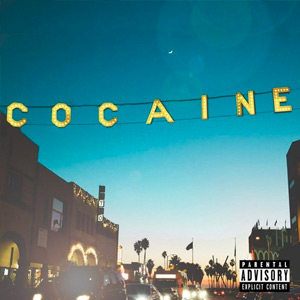 Aside from records to sample, what kind of things are you listening to?

Everything from Ghanaian disco to Japanese boogie. Kadhja Bonet still gets played on the daily.

Being from the UK, how do you manage to stay up on genres that just are not so prevalent over here; gospel for example?

You have to travel. It’s no good digging for gospel in London.

Having been a collector from both the pre- and post-Discogs eras, what impact has Discogs had on the culture?

Dealers cant pass off trash records just because they are rare anymore. By the same token, it’s hard to come up on any steals, as everyone knows a record’s value at the click of a button.

We ran a great event in Brighton this year. As the hub of your operation, why did you choose Brighton and what do you like about the city there?

It’s a cool city; close to home and close to London. It was no-brainer.

For those people travelling to Brighton to visit and dig, what are your recommendations for the city?

Go digging in Rarekind Records. It’s something of a Brighton institution. For some local seafood hIt up, Ridde & Finn’s or 64 Degrees.

Finally, what should we be keeping our ears/eyes open for in the coming months from the label?

The new Westside Gunn 4th Rope record is out now. Everything else is top secret.