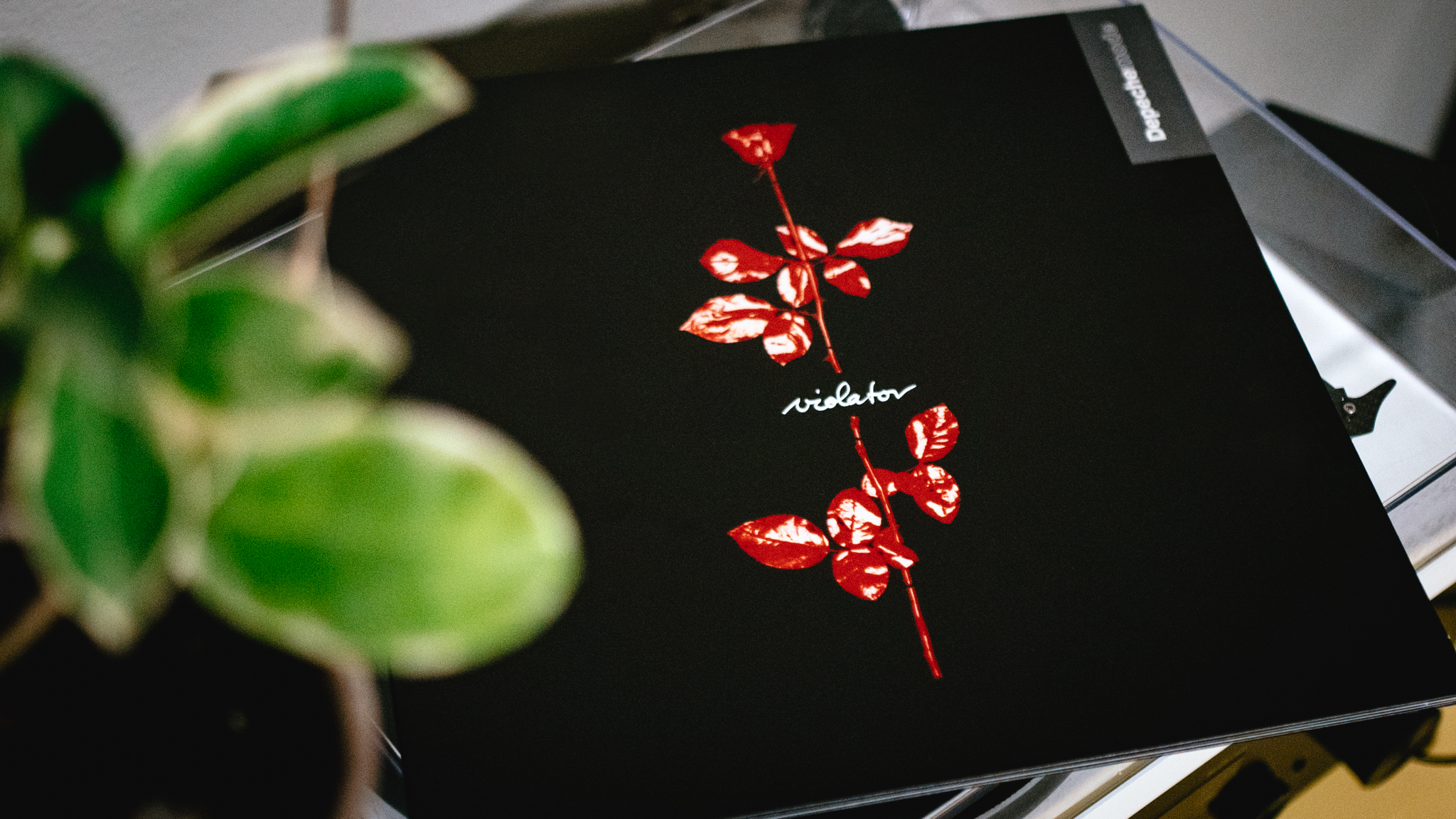 I was 13 years old when my uncle Frankie told me he was getting rid of some CDs. “Yeah, gotta make some room,” he said. “You can look through them and take whatever you like.”

I sifted through the cases, passed hair metal bands and ’90s rock hits. I grabbed Metallica’s self-titled, which I knew as The Black Album, having been dutifully-versed in its melodic grit. Suddenly, I spied something more haunting. Another mostly black cover save for a shiny red rose. It wasn’t red at the top like a normal flower, but red and flat all over, like it had been covered in skin-tight pleather.

That was in 2001, 11 years after Depeche Mode’s Violator was first released on legendary British indie Mute. I didn’t know then how the use of Western-tinged guitars separated the band’s seventh studio album from its previous works, or how it represented a pivotal moment in their careers, turning the then-foursome from cult favorites to international superstars nearly overnight.

Today marks Violator’s 30th anniversary, and three decades later, the dark motifs perfected on this seminal work feel just as fresh and necessary. Whatever anyone has said about Violator in these past 30 years, and that’s surely a lot, I know one thing for certain: That album changed my life.

It’s hard for me to remember whether I’d heard of Depeche Mode before or not. I’m pretty sure I’d seen a clip of the band performing “Personal Jesus” on MTV’s 20th-anniversary celebration. I remember my mom freaking out in the living room, insisting that this was a “big deal.” I just kind of accepted it, transfixed by Dave Gahan’s deep voice and wild thrashings. A woman in the crowd waved a sheet that read, “touch me, I’m Faith.” I was pretty sure my mom was right.

I’m less certain if I’d already seen the music video for “Dream On,” the lead single of Depeche Mode’s 10th studio album Exciter, which was released that year. I was as spellbound by that ghostly clip as I was by Violator itself. I’ve heard some critics rag on Exciter, but I’d argue its the soul-sister of Violator, a continuation of its themes. Seriously, listen to the “cursed mind” bit at the end of “Enjoy The Silence” and tell me that’s not actually “Dream On.” Right? Exactly.

Violator was a lot of peoples’ introduction to Depeche. With six albums in the bag, newcomers they were not, but previous works melted into the alt-’80s background. Peppy jams like “Just Can’t Get Enough” and “Everything Counts” stood out for some. Humanist anthem “People Are People” was a top 20 Billboard hit, and later singles “Strange Love” and “Never Let Me Down” placed on the Hot 100. Still, Depeche Mode wasn’t, say, Duran Duran.

On 1987’s Music For The Masses, lyricist Martin Gore experimented with kinkier subject matter. The band set those themes to slightly darker tones, but Gore hoarded most of the creative direction. With Violator, Gore switched the style, presenting the band with bare vocal demos over acoustic guitars and pianos, allowing the rest of the Alan Wilder and co-producer Mark “Flood” Ellis to create magnetic yet minimal compositions. The plastic pop of the ’80s was over, and Depeche Mode marked the ’90s with a deeper, richer sound. 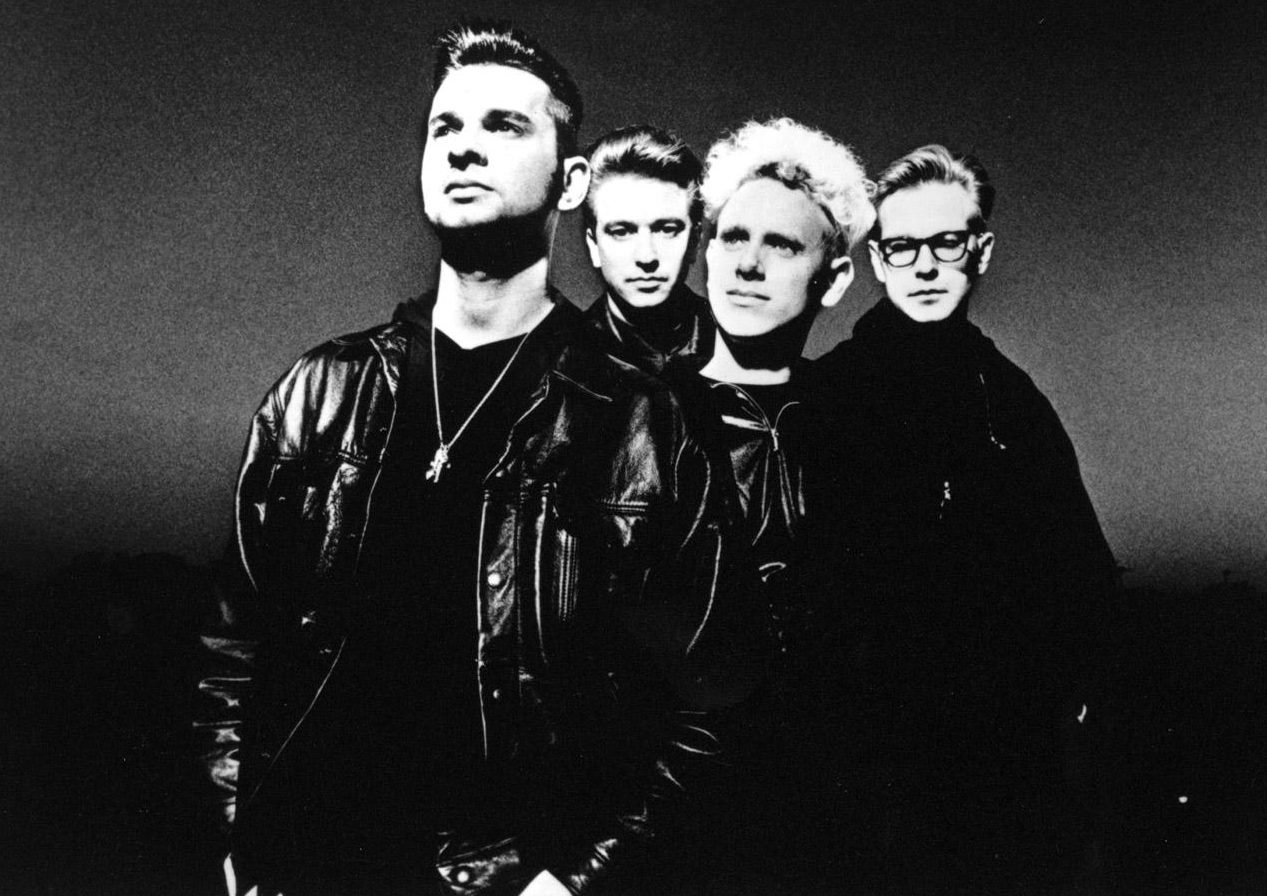 In 2001, I was very fond of listening to albums at night while in bed. I nestled into the covers and pressed play on my Walkman full of anticipation. I couldn’t have predicted the first notes of “World In My Eyes,” synth buzzes so round you can see the hallow air around them. Gahan, strong but sultry, invited me to feel strange and powerful new sensations. I would follow that siren for the rest of my life.

Violator is still an album best listened to in the dark with headphones. It’s romantic and slightly sinister, amazingly sparse for a pop album, and cinematic in midnight tones. It’s obsessive and a bit vague, and it opened me up to a darker kind of sensuality, a welcome alternative to the gaudy sexuality of Britney Spears.

I’d never heard music so stark and arresting. Songs like “Sweetest Perfection” and “Waiting For The Night” were just on another level. My confused teenage heartfelt suddenly understood, like all the listless longing in my bones finally found expression. I could close my eyes and dance my drama or get lost in velvety moods. This noise was exactly what my insides felt like. I was no longer alone.

A lot of people felt that way. Lead “Personal Jesus” came out roaring with guitar-riff attitude and hard synth growls. Listeners loved it, pushing the song to No. 28 in the States. It was followed by “Enjoy The Silence,” a song whose intimate lyrics and pulsing club beat still strike a cross-generational chord. That became the band’s first top 10 US hit, and it was a done deal from there. Depeche Mode celebrated Violator’s release soon after with an in-store signing. LA’s Warehouse expected a few thousand and got about 17,000. The band had to literally run away from the mob.

When I first heard Violator, I became just as crazed. I had listened to the sound of my soul, and I needed more. My aunt Debbie thought this was very funny. “Here, listen to this,” she said, passing me a home-made CD labeled The Cure’s Greatest Hits. That CD was broken. It would only play the first four tracks, but I listened to those four tracks unendingly.

That broken CD and Violator became the only music that mattered until I accidentally heard “How Soon Is Now?” and bought The Smiths’ Greatest Hits at the mall. Siouxsie and The Banshees, Nine Inch Nails, Echo & The Bunnymen, Cocteau Twins. The world became my dark little oyster and stayed that way for a long time. Eventually, I felt kind of left out listening to so much music before my time, and in 2006, I saw Daft Punk in concert, which changed my life again. I stopped wearing black and started wearing neon, but I can feel a thick synth line connecting the two.

The darkwave of Depeche Mode can be found in Kanye West’s brooding masterpieces and Drake’s lonelier moods. They sang about S&M before Rihanna and sneak into her bedroom beats. Just last year, Billie Eilish’s runaway When We All Fall Asleep, Where Do We Go? brought Violator’s bare, beautiful brutality back to the top of the charts.

In 2020, the world is tumultuous and uncertain. Not a lot of things can be counted on, but Depeche Mode is always a safe bet. Three decades after what some would call a “peak,” they deliver solid albums again and again. As we celebrate this special anniversary, a lot of us remember where and how we first discovered their genius, but it’s safe to say there’s some kid out there picking it up for the first time, and their life is about to be changed forever, too.

Interested in reading about more life-changing albums?
How about celebrating legendary albums on their anniversaries?
Subscribe to Discogs Newsletters for music news, contests, exclusive vinyl & more.
Want to join the Discogs community of music lovers?
Sign up for an account.
––––