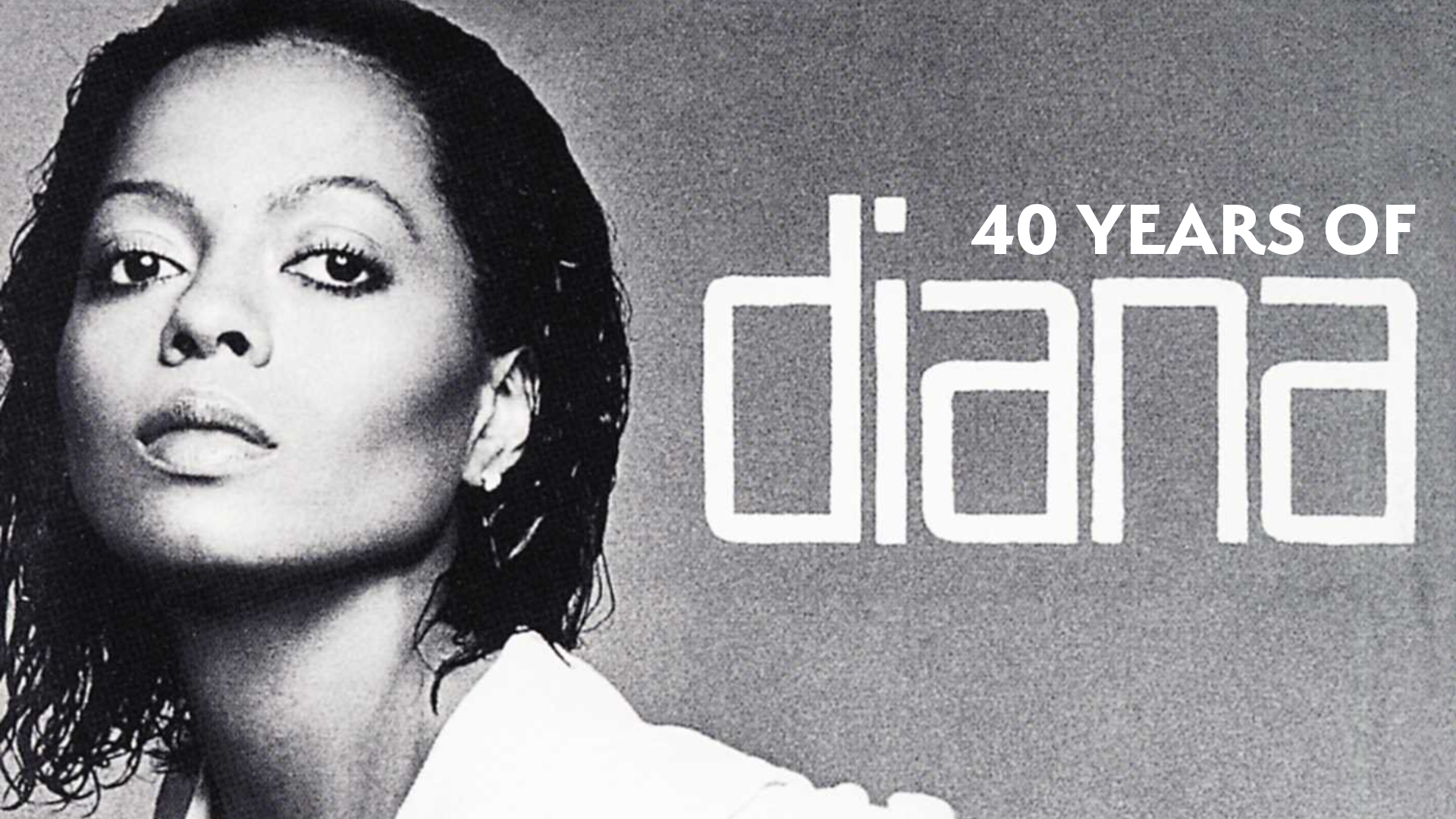 Diana Ross was already on her tenth solo studio album when 1980 rolled around. The icon had successfully navigated three different musical shifts having been in the game for over two decades. Early success as part of The Supremes had seen her score 12 number one singles on the Billboard charts, the group being hailed as one of the most successful artists on the powerhouse Motown label. Ross then parlayed her triumph in the all-girl line up to a solo act, making her a disco-era staple. Gone was the clean, scrubbed up All-American bouffant hair and mid-calf length dresses. In their place, gold lame, long, slinky eyelashes, and sultry, cooed lyrics of ‘Love Hangovers,’ set to an irresistible beat.

Diana had also featured in several pivotal movies, including Lady Sings the Blues, Mahogany, and The Wiz. Though seen as a commercial flop upon release, Ross’s portrayal of Dorothy in the latter- an urban dystopia (based on the classic L. Frank Baum book) alongside Michael Jackson, Nipsey Russell and Lena Horne– became a cult classic, creating a bridge between the 1970s blaxploitation films and modern cinema featuring a largely African-American cast. Yet as the new decade began, Ross was unsure how to build on her past achievements and parlay them into something new and equally appealing to her audience.

Inspiration came through an establishment where Ross had long been a mainstay: Studio 54. The notorious New York night club had featured the singer on the turntables with her dance floor staples and as a guest, hanging out with the other glitterati of the time, including Andy Warhol, Bianca Jagger, and Elizabeth Taylor. Ross had met Chic frontman Nile Rodgers at the venue on many occasions and been impressed with the group’s megahits ‘Le Freak’ and ‘Everybody Dance,’ among others. Rodgers brought his Chic co-founder Bernard Edwards in to help produce and write the new album, as the two had already scored repeated hits together in their own group. In the duo, Ross felt she had found people who could translate her feelings about the crossroads she found herself into relatable hit singles. Rodgers later said that many of the concepts for songs came directly from such intimate conversations with Ross, lyrics lifted directly from some of their heartfelt discussions.

Ross took the freshly finished masters of the album to trusted friend, Frankie ‘Hollywood’ Crocker. Crocker was an influential DJ, crucial at building New York’s black music station WBLS. After an initial listen, Crocker warned Ross about releasing the LP in its current state. Studio 54 and the disco movement were quickly crumbling, with strong backlash to the former thriving scene seeing people burning their records by artists from the genre in the masses. Afraid of her new project suffering a similar plight, unbeknownst to Edwards and Rodgers, Ross brought the album back to her trusted Motown crew. Assisted by Motown engineer Russ Terrana, Ross removed many of the disco-esque flourishes featured across the album. Long, extended instrumental sequences were replaced with more snappy choruses, tempos were speeded up, and vocals re-recorded, prominently bringing them to the forefront. These changes did not sit well with the Chic lot, at one point seeing them insist to have their names taken off of the LP entirely. After much persuading, Ross eventually got the disgruntled pair to sign off on the new version of Diana, released on May 22 of 1980. Because of the in-fighting amongst creators, the record came to stores without any lead single to help promote it. Yet within weeks of hitting the shelves, Diana was already ascending the charts, threatening to crack the top ten even without a chosen track.

A full month after the album first came out, the ode to romantic excitement ‘Upside Down’ was picked as a single. The cut vaulted the full LP to the pole position and giving Ross her fifth #1 single. Amongst a very competitive field of other iconic tracks, including The Rolling Stones ‘Emotional Rescue’, ‘Fame’ by Irene Cara and Queen’s ‘Another One Bites the Dust,’ Ross held on to the top spot for four weeks and lit up the Pop, R & B and fading Disco charts, illustrating the then superpower of the music industry, the exalted ‘cross-over’ hit, helping her break free of the 70s while placing her firmly back with other pop-chart rock artists.

The follow-up single ‘I’m Coming Out’ hit airwaves just two months after ‘Upside Down.’ Like its predecessor, the first inception the Edwards / Rodgers song was heavily steeped in dance club beats. Rodgers later said that the inspiration for the song came from seeing no less than three different drag performers dressed as Ross at New York’s GG Barnum Room. Yet Ross was initially unaware of the underlying meaning to the lyrics. She loved the words; for her they represented breaking free from Motown and ‘coming out’ from the control Berry Gordy, the label’s founder. It was not until Crocker pointed out the significance of the phrase in the gay community- of them being openly homosexual- that Ross grasped the various layers to the song’s text. However, instead of seeing this as a way to establish the track as the anthem it would later become, Ross accused Rodgers of trying to destroy her career with such an obviously celebratory song of the still often closeted community. The third single, the less controversial ‘My Old Piano’ shares the same familiar funky upbeat vibe of its predecessors. As ‘Upside Down’ expresses the excitement of new beginnings, ‘Piano’ is an homage to the familiar: ‘Love is called / My old piano / I have a ball / With my old piano.’ The music video features Ross in a room with high, vaulted ceilings, lots of plants and, yes- a piano. Looking more like a set from Casablanca than the backdrop for a groovy R & B jam, Ross flirts and flounces around the revered instrument, her trademark voluptuous mane of hair keeping time to the beat.

A Fresh Look For Diana Ross

While ‘My Old Piano’ shows the classic swinging sultriness of Ross in high glamour mode- very much in keeping with many of the images from her solo work of the previous decade- the cover of Diana is a huge divergence from the smooth gloss of former versions of the star. The sleeve shot is a waist up black and white picture of Ross captured by famed American fashion photographer Francesco Scavullo. The stripped back look declares from a first glance that this is the ‘real’ Diana, freed of the outer accouterments. Here the large flounce of luscious locks are replaced by a slicked back bob framing Ross’s face. Heavy lashes and high countering are also gone, Diana appearing natural- dewy, if anything. Just as the songs try to capture a shift of culture and an ongoing personal journey, this evolution of Ross shows a progression and need to move forward.

Diana is Ross’s most successful album to date, seeing sales of more than 10 million copies worldwide. The LP has transcended time and fads, providing anthems that are more relevant and revered than ever. Though she did not fully grasp the meaning and power of ‘I’m Coming Out’ – beyond being significant to her own life- Ross has since embraced the canon defining song, usually opening concerts and performances with the classic. In a moment where we are forced to look inwards more than ever before with the various forms of COVID-19 lockdown, the ideas of freedom, authenticity, and having the bravery to ‘break out of the shell’ captured in the track and throughout the record are especially potent.