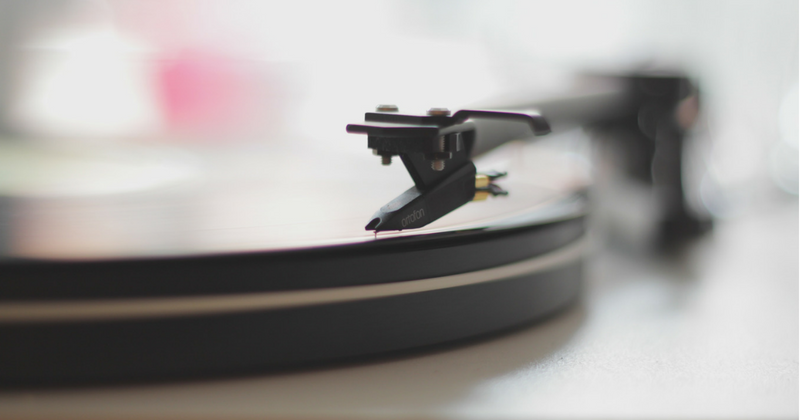 We’ve already talked over the finer points (no pun intended) of stylus cleaning and care, as well as knowing when it’s time to change your stylus and how often you should be replacing it. The stylus is a complicated beast; a stylus is generally one of four types. The difference is in the shape of the tip of the diamond and how it sits in the grooves of your records.

There are four main stylus shapes, excluding a stylus for 78 RPM records. As the grooves of 78s are about 3-4 times wider than a typical 33 1/3 record and require a stylus designed specifically for these grooves. The tip radius should be at least 20mm. A standard microgroove spherical stylus will ride very low in the groove, producing a noisy signal and greatly accelerating wear on your stylus.

Why does stylus shape matter?

If you’re a casual vinyl record enthusiast, the truth is, you probably don’t need to lose that much sleep over it. That said, the shape (and construction) of the stylus, contributes to how well it replicates sound from your record, due to the access it has to the surface area of the grooves. It can also contribute to the wear and tear of your vinyl records over time. And of course, both of these things will affect the price of the stylus. So if you value high-end audio and have a bit of extra cash to put into your turntable set-up, it’s worth knowing about the different types of styli and the benefits of each type. You may also want to be more selective about your stylus depending on whether you’re using it for DJing or playing records at home.

But before we get into the differences of turntable styli, let’s take a step back to the shank construction. The stylus sits at the end of the cantilever within the turntable’s cartridge, which is connected to the tonearm. The stylus will be attached to the cantilever will be either a nude diamond, or a tipped diamond. With a tipped diamond, it’s just that – the very tip of the stylus is diamond while the rest is metal – as opposed to nude diamond where the stylus is a whole diamond that’s glued to the cantilever. Unsurprisingly, the latter is the premium option as it has a lower mass and tracks more accurately.

Spherical, or conical, is the most common stylus type and are the least expensive. It looks a bit like the tip of a ballpoint pen up close. Because of their relatively large radius, spherical styli trace less of the smaller groove modulations that represent higher frequencies. The effects record wear from spherical styli is ripe for debate within the hifi community. Some claim spherical styli produce the most wear on records because contact area of the diamond is restricted to two specific points, while contenders claim that this actually produces less wear.

The next most common stylus type is elliptical, or bi-radial. Elliptical makes contact across a larger area of the groove wall due to its dual radii. This allows for more precise tracking, improved frequency response (especially highs), improved phase response, and lower distortion, particularly in hard-to-track inner grooves. These types of styli usually wear a bit faster, and you’ll need to pay attention to the cartridge and tonearm alignment for best results.

Hyperelliptical, also known as shibata, fine line, or stereohedron. As the name suggests, this type is the next stage of evolution of the elliptical stylus, sharpening the design to make greater contact with the record grooves. When properly aligned, this stylus offers excellent high-frequency performance, longer tip life, improved tracking, and lower record wear. Due to their advanced design and difficulty to manufacture, they’re more expensive than the elliptical stylus.

The micro-ridge, or microline stylus is the most advanced of the four styli types. The computer designed tip comes close to the shape of a cutting stylus used to produce master discs. Their multilevel “ridge” shape allows this stylus to give the best high-frequency performance with extended record and stylus life (when aligned correctly). They’re very difficult to manufacture and very expensive.