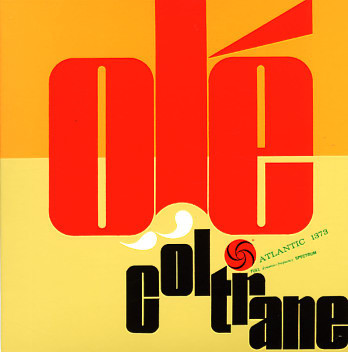 July 17, 2017, marks the 50th anniversary of John Coltrane‘s death. Coltrane, a heavyweight of the jazz world who continued to explore and push boundaries until his final sessions just months before his death, was only 40 years old when he succumbed to liver cancer in 1967.

The loss of one of popular music’s great giants hit on multiple fronts. For one thing, Coltrane’s illness had not been common knowledge, so there was a visceral shock in processing the unexpected nature of the news.

The man still seemed have real fire in him, too. Those last few sessions were very much a part of the jazz avant garde. He’d already achieved so much, already left a permanent mark on improvisatory musicians the world over, so it seems strange to talk about ‘potential;’ that being said, I don’t think it’s an exaggeration to claim that Coltrane was still right in the middle of his prime and that the opportunities that lie ahead of him were practically limitless.

In retrospect, even the timing of Coltrane’s death adds emotional heft to our response. The musical world of 1967 was exploding in novel sounds, mind-bending explorations, and a burgeoning sense of freedom. The psychedelic swirls that were coursing through the rock world owed a heavy and direct debt to Coltrane, even as he himself faced the last measures of his spirit’s song. That a man full of such passion and joy should find his light extinguished halfway through the Summer of Love must surely rank as one of the universe’s least amusing ironies.

The Secret Genius of John Coltrane

By way of tribute, though, I’m going to avoid Coltrane’s final days. After all, he left behind a rich and rewarding legacy through his recordings, and that’s to be celebrated, not mourned. Some of those works are widely recognized as foundational in the Western musical canon: Giant Steps, A Love Supreme, his work with Miles Davis on Kind Of Blue. If these records have never passed over your stereo system, you definitely owe yourself at least a few listens.

The impact of those classics is such that they tend to obscure some of the hidden treasures in the Coltrane catalog. My favorite of those underappreciated collections is the last batch of songs that Coltrane recorded for Atlantic: Olé Coltrane. Laid to tape on a single session day in May of 1961 and released in February 1962, Olé Coltrane served as the handoff between Coltrane’s formative years at Atlantic and his groundbreaking work on Impulse!. In this way, the album is literally transitional, though this is true in several other senses as well.

Take, for example, the nature of the group of musicians he was leading. Coltrane was at the helm of a traditional lineup in his Giant Steps days, circa 1959: the man himself on sax, backed by piano, bass, and drums. Certainly the players were of a high caliber, and the sounds they were making were revolutionary, but the structure of the group itself was conventional by the standards of the jazz quartets of the era. By the time he was recording A Love Supreme in late ’64, the approach to composition and improvisation had shifted dramatically once more but the leader would again be fronting this simple quartet structure. For a brief period in between, though, John Coltrane was updating the idea of a World War II-era ‘big band’ for the modern aesthetic, and that larger ensemble exploration would take wing on his first recording for Impulse!, Africa/Brass.

A Listener’s Guide to Olé Coltrane

Olé Coltrane is in part a product of that exploration of the larger ensemble, and the two albums were indeed recorded within days of each other with quite a bit of overlapping personnel, but it still maintains the sound of a more compact combo. This makes for an unusual and engaging listen: the number and type of soloists taking turns at cracking the theme of the opening number, “Olé”, expands the piece’s sonic palette and holds your attention over the 18-plus minute running time, while the core group churning behind the soloists keeps the proceedings simultaneously tight and agile.

That central rhythmic unit includes two upright bassists, Reggie Workman and Art Davis, each trading between arco (bowing) and pizzicato (plucking) techniques. This double-double bass setup is rare in jazz, even to this day, and it provides a lot of the aural character that makes Olé Coltrane so mesmerizing. Pianist McCoy Tyner and drummer Elvin Jones round out the ‘rhythm’ section. Both had been working with Coltrane since late 1959, and they’d served as half of the lineup for one of Coltrane’s most mythic releases, 1961’s My Favorite Things. Both would also go on to serve under Coltrane and alongside bassist Jimmy Garrison in what would arguably become the greatest jazz combo of all time, the Love Supreme-era quartet. Each is as brilliant as ever on “Olé”; Tyner is constantly probing into the belly of the piece while still maintaining an air of stateliness, while Jones is roiling and thunderous one minute, measured and even-handed the next.

The solo spots on “Olé” start with the leader himself on soprano sax via a short melodic statement: deep, full-throated and heavily imbued with the Spanish flavor that sets the pace for the ensemble. Eric Dolphy follows on flute. Dolphy never did seem content to play things too straight, which means the otherworldly sounds he creates here are exactly the kind of unexpected approach you’d know was heading your way, and though his turn is brief it is highly spirited and constantly in motion. It’s de-centering in all the best ways. The rich sustained notes of Freddie Hubbard and his trumpet come next; Hubbard has great control over his dynamics, and his phrasing is like a natural extension of the human voice, making for an especially poignant musical statement. After Hubbard’s turn the rhythm team gets a shot. Tyner starts out with a long wind-up, then uncorks some quick runs, darting back and forth before grabbing great handfuls of keys once again. Davis and Workman then trade off the spotlight, even moving together in a sort of duet momentarily, and the sound is mysterious enough to send chills up the spine. Coltrane returns as the bassists drop back into a steadier pulse, just after the 13 minute mark, and it’s a vintage example of his vision: yearning, seeking, always in control yet somehow sounding just on the verge of chaos. His sound is ferocious and beautiful. He practically seems to be straining against the limitations of his own instrument. Coltrane is reaching for notes that aren’t there but he hits them anyway, and you’ll hear them loud and clear with an open heart, ears be damned.

The work of those soloists also highlights the piece as a noteworthy vehicle for melodic exploration via musical modes. Instead of relying on complex chord changes, the backbone of the piece is relatively simple, allowing the group to explore within a shifting framework of scales. Again, this pitches the album somewhere between Coltrane’s early bebop work, reliant more on the juxtaposition of chords, and his late-era recordings, which would be extremely free in a structural sense.

Although “Olé” is a definite highpoint of Olé Coltrane, the second half of the album acquits itself well. Track number two, “Dahomey Dance,” harkens a bit more toward the leader’s earlier Atlantic sides. Dolphy switches to alto saxophone, and Coltrane to tenor. Together with Hubbard, they lay out the main theme, flying in formation without bunching together too tightly. The piece has an easy, loping swing; the mood is cool, blue, and that remains true as the soloists heat up. Even as Dolphy starts to pull in all directions at once, the overall effect is never knotted or tense. That’s just the way this particular cookie happens to crumble. Overall, then, the track isn’t necessarily traditional, but it does feel familiar. If it weren’t for the dual bass interplay, it wouldn’t sound so out of place among, say, Coltrane’s collaborations with Miles Davis.

The last selection, “Aisha,” is unusual in that it was penned by Tyner, making it one of only two of the pianist’s tracks that Coltrane would record during their long and productive tenure together. A ballad with space to spare, this track represents an even more exaggerated step away from the insistency of this album’s opening number. A gradual downward slope in intensity over the course of Olé Coltrane is its great structural triumph, as it allows full investment in every phase and unreserved emotional commitment without causing listening fatigue. This dip in pace (but absolutely not conviction) owes a lot to Tyner’s lovely composition and the sympathetic solo turns, without a doubt. Note also that the dual bassist lineup is not replicated here, as Workman takes over sole duty on the low end; this shift further helps to imbue “Aisha” with an understated serenity. The overall effect is a spare and open work that manages to retain a weighty sense of soul. By way of comparison, I think the results can be viewed as not all that dissimilar from, say, “Naima,” which must rank as one of Coltrane’s loveliest compositions. To say that this track is in that same rarefied air is not hyperbole.

Olé Coltrane is a personal favorite, and one that I truly believe a patient listener will find great reward in, but practically anything that Coltrane recorded is worth your time and consideration. He covered a vast stretch of sonic territory over more than a decade of studio cuts, helping to redefine the jazz idiom along the way, and this provides ample opportunity to hone in on a particular approach or era that suits your tastes.

We’re all lucky that Coltrane’s work is widely available, so get out there and dig for your own copy of Olé Coltrane and Coltrane’s other hidden gems!