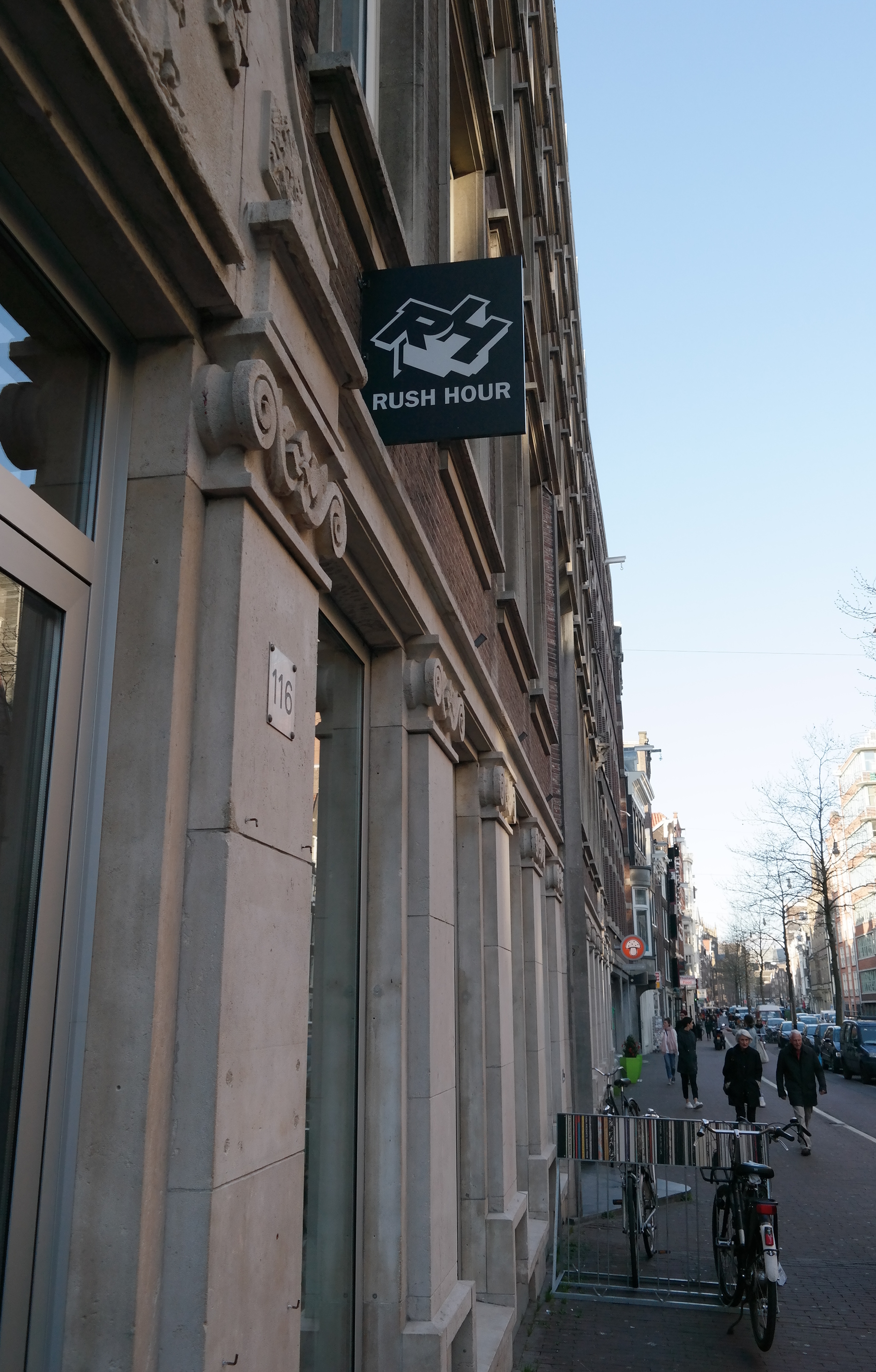 We’re celebrating Amsterdam record stores and all that the music scene of the Dutch capital has to offer. Our first stop is Rush Hour in the heart of the city center.

Many a dance music fan and crate digger has made the trek to Spuistraat to go through the offerings at Rush Hour. Founded in 1997 by Antal Heitlager and Christiaan Macdonald, it has been described by Heitlager as “a hobby that got out of hand”. This mixture of passion and professionalism is vividly felt in the store which is a regular stop for local and international visitors stocking a varied selection of new and old, fresh of the press white labels and unearthed 2nd hand treasures.

In 2016 the store moved down the street to a more spacious location that today houses their various enterprises, as Rush Hour has over the years become something of an institution in Amsterdam. In addition to the shop, since 1999 there has been the label, later the distribution as well as various events throughout the stores lifetime.

We spoke to Mijke Hurkx (aka Margie) to learn more about the history and role of Rush Hour.

How long have you worked at Rush Hour?
4.5 years, I started part-time in the shop.

How long has the shop been open?
20 years, celebration time! Marking this milestone with a RH tour, with stops in Europe, Japan, Australia and North America. Rush Hour has become one of the city’s prominent independent music retailers. The company has grown into an institution that represents underground music through events, the label and worldwide distribution.

Is there a philosophy behind the store or the label?
Since 1997, Rush Hour has cultivated itself into a haven for music lovers worldwide. The reputation Rush Hour has built mainly comes from the fact that – first and foremost – Rush Hour focuses on music they totally believe in and have a love for. The Rush Hour family has a strong sense of pride in always working with and feeding off that impulse and faith, rather than working for the mighty dollar or bottom line. Rush Hour has always been this way.

Do the different parts of Rush Hour’s operations influence each other? Does the shop influence the label (or vice versa), distribution and events and so on?
Yes, everything is intertwined and a reflection of our love for the music. The different parts simply provide different outlets for the music we work with. For instance, for the RH in-store sessions we often work with releases or musical subjects or projects that we are working on already.

What is your favorite record in the store right now and why?
Hard to pick a favorite since there’s a lot of quality music we are proud to represent, all in different vibes and coming from different emotions. Depending on the mood, our favorites differ. Two great records that recently came out are Antinote’s ‘Five Years of Loving Notes’ compilation, and I am very impressed by Wah Wah Wino’s output. 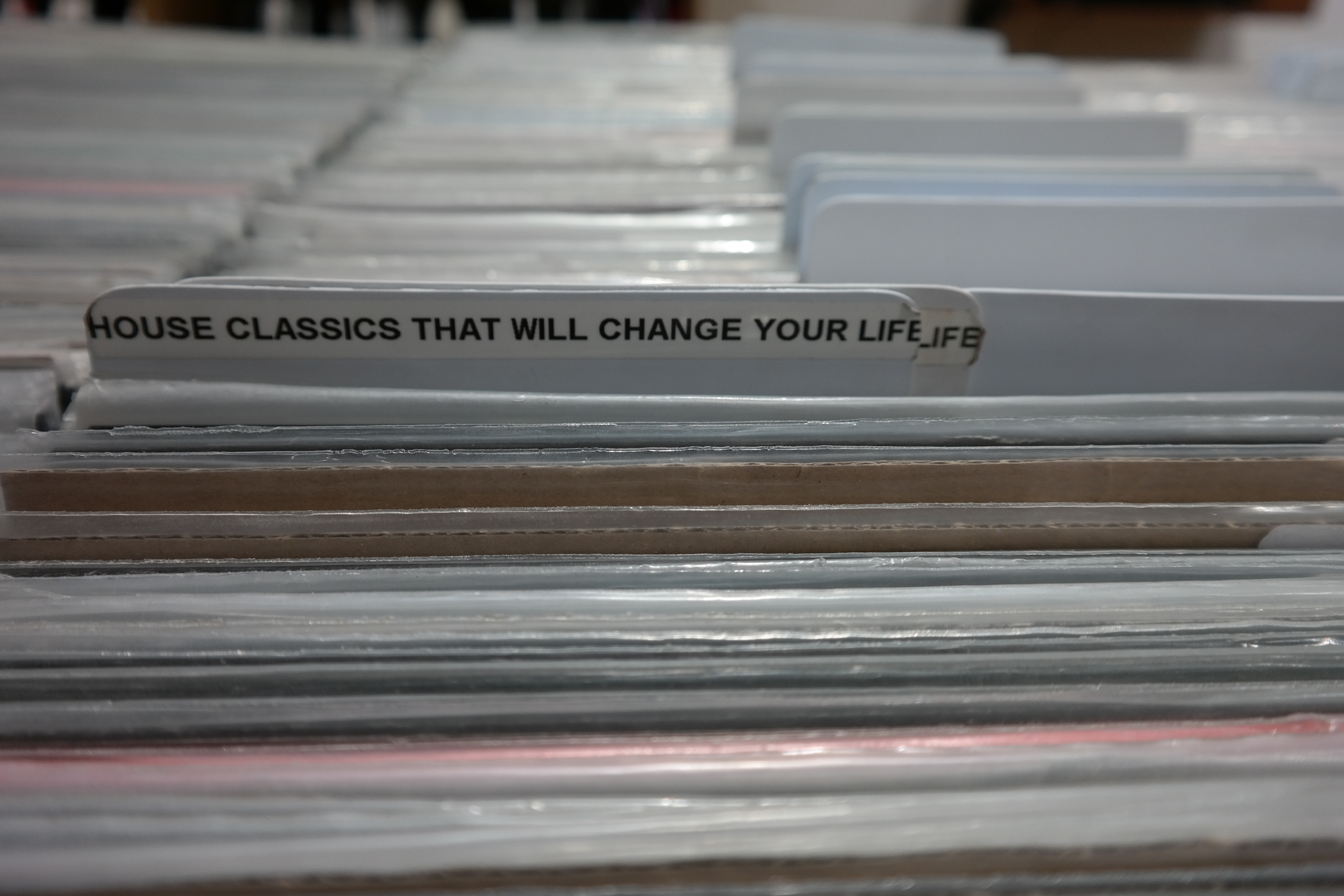 How do you feel about the scene in Amsterdam – the music, DJs, parties and other record stores?
I think Amsterdam has a really healthy scene. And pretty curious too. There are various groups of people digging deep, who have a voice to carry out adventurous stuff. This is well represented on Red Light Radio I think. The audience is really open to a lot. The popularity of the Amsterdam based Strange Sounds Of Beyond festival underlines this.

How would you describe your customer base?
Very diverse. Old, young, male, female. Going from jazz to techno to folk. People who have been customers forever and also a lot of new curious people.

What does your personal collection look like?
Diverse as well. Though my background is in hip hop, I also discovered a lot of European wave, industrial, reggae etc, next to disco, soul. It’s fun to be able to find more interesting stuff every time, it’s limitless…

Do you have a personal holy grail record?
No. Yes – many :) I should perhaps mention J Dilla – Welcome 2 Detroit, because its one of the few records I haven’t lost interest in after decades. It’s an evergreen. 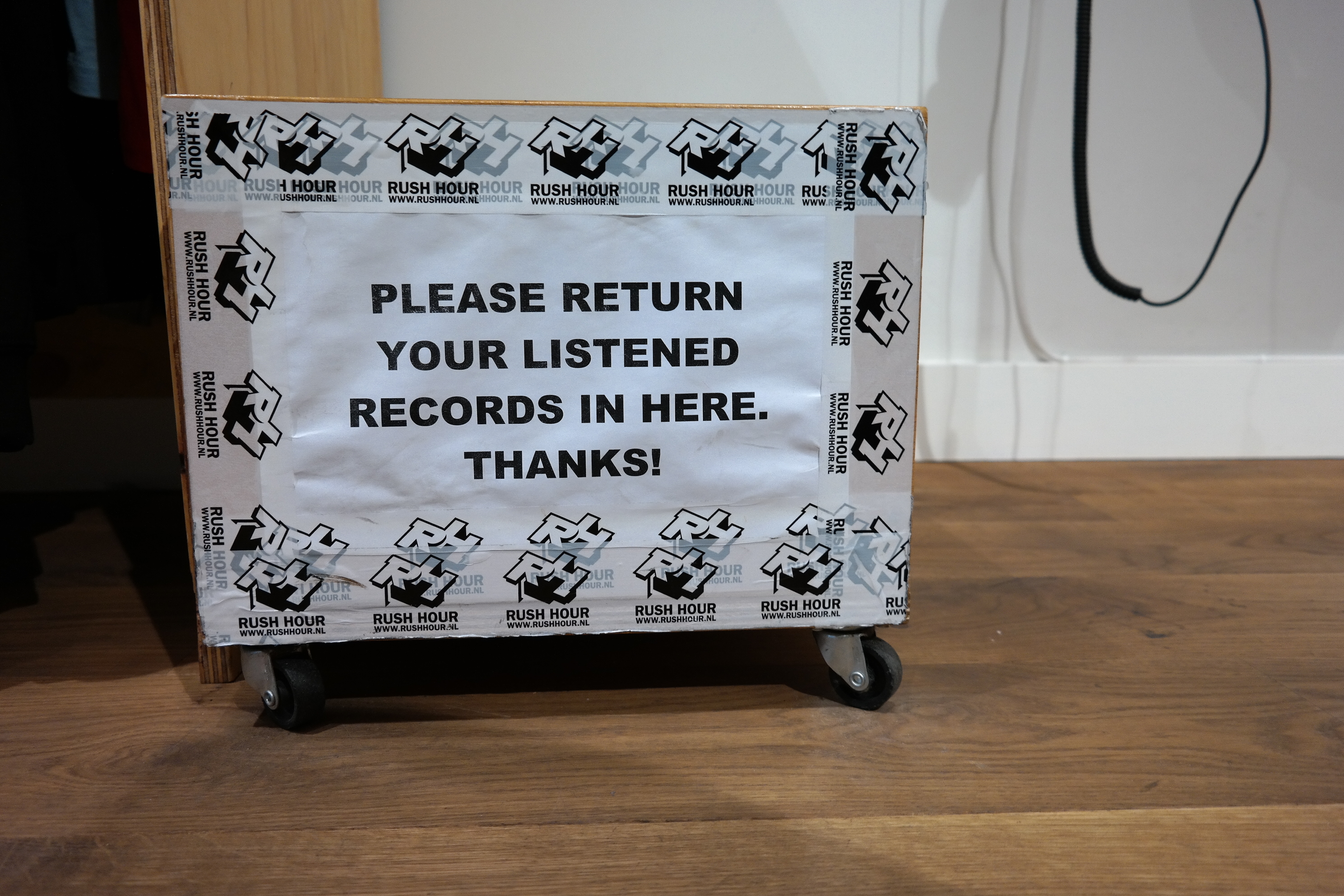 Do you do in-store events?
Yes we do. The ones during ADE are really special! We host 4 days in a row, always from 19-21h. Always packed and like a meeting point for many just before the nights start.

What does the future of music sales look like?
Good question! No one knows… stuff gets deeper and deeper as long as the internet stays. That’s inevitable, I think. Also, like in many economies it will be fed from the bottom up instead of top down; the way it used to be in pre-internet times.

What was your best find ever?
Hard to say what’s best. I love to find cheap records that are great, for practical reasons ;) But memorable was the time I ran into a collection of Brazil LPs that had probably been priced a while ago… Jorge Ben, Hermeto Pascoal etc.

Any tips for the record buyers and diggers out there?
Buying and digging starts from having intense love for music. It would keep things healthy if this remains the same I think… Oh, I usually try not to stay in the matrix, there are lots of offline record shops out there worth checking.

Be sure to get digging in Rush Hour next time you’re in Amsterdam, or stay home and shop here!