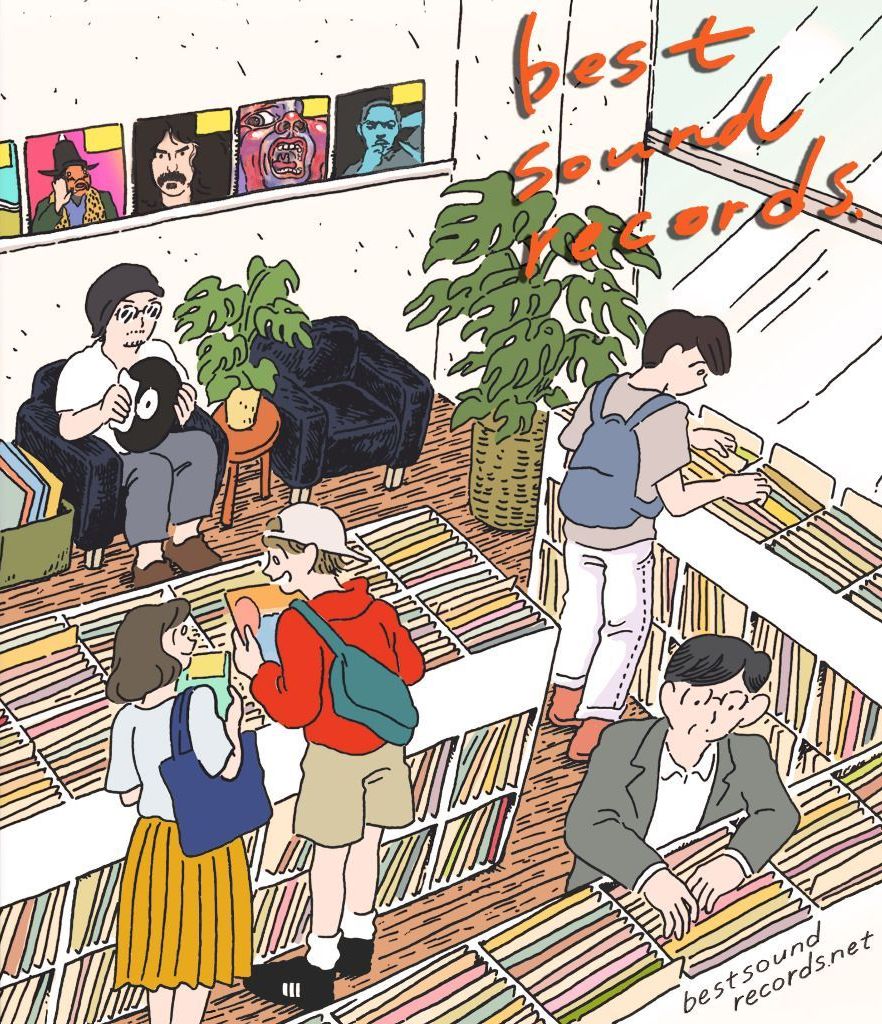 Like many of the best independent record stores in Tokyo, you might miss Best Sound Records if you are quickly walking by.  This is because many of the best small shops in Tokyo aren’t on the street level, but hidden from view up a flight of stairs, or even up several flights of stairs.

This is quite common in Tokyo where every sliver of land is at a premium. So as you wander around, keep your eyes open for shops that are off the main street level.  It is possible to find your favorite new store up one of these steep staircases, or hidden in a windowless basement. 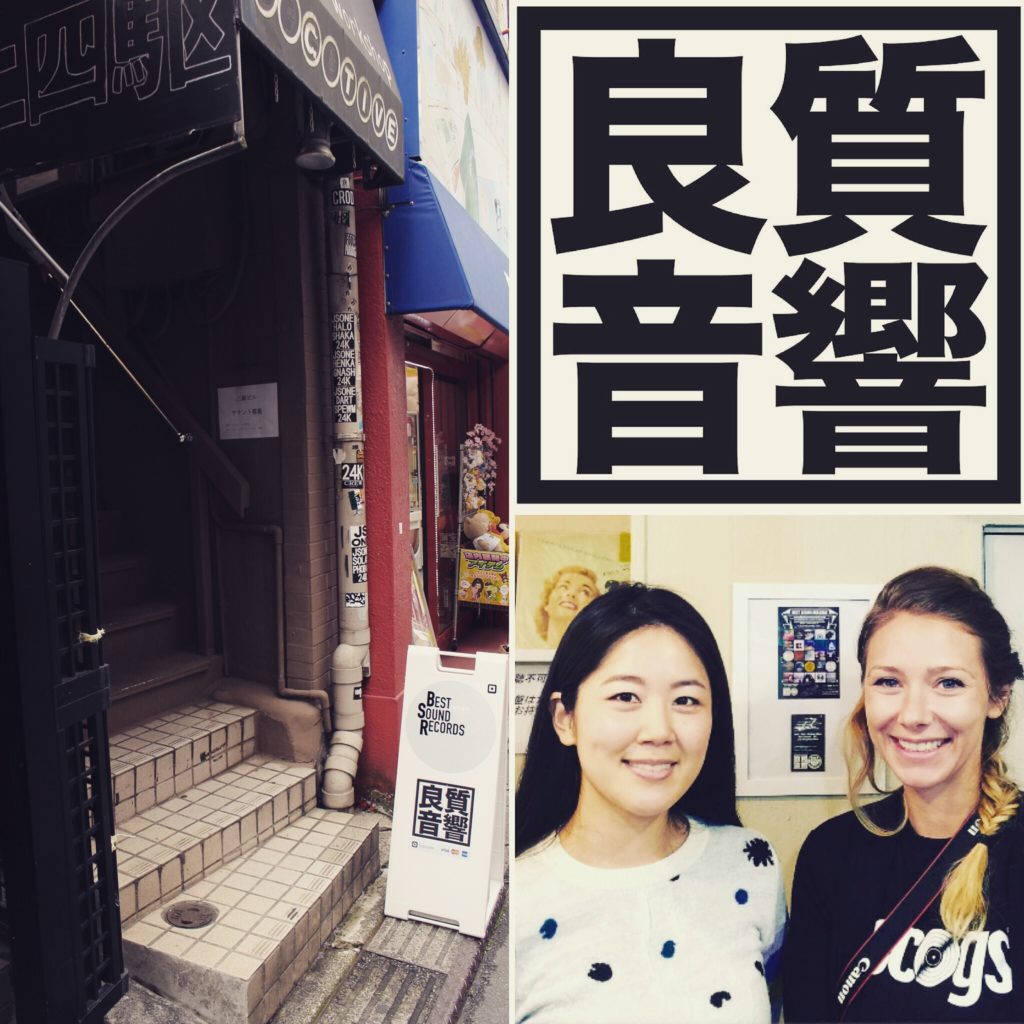 Best Sound Records is one of these hidden gems that you can find in the Shimokitazawa neighborhood, an entertainment district in Setagaya, Tokyo.  The area is well known for containing a high-density of small independent retail shops, cafes, theaters, bars, and live music venues. 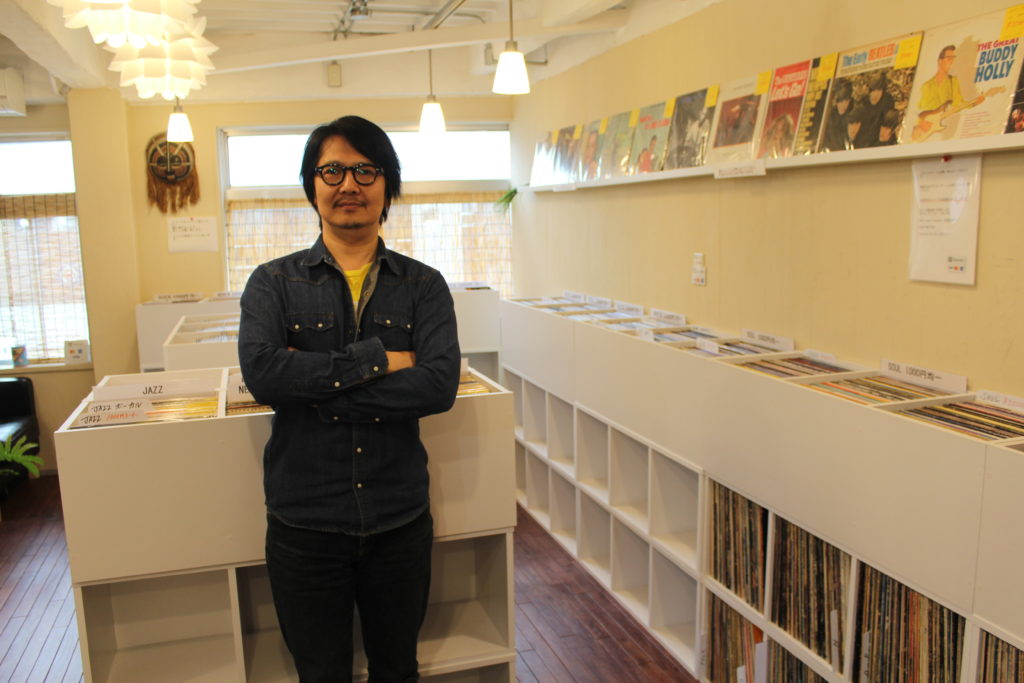 The owner of Best Sound Records , Koichi Sato (佐藤功一), first opened shop in 1995, but has been in the music industry for much longer.

Koichi, who speaks excellent English, worked in L.A. during the 80s. DJ’ing at the time, he had collected more than 10,000 records, and started selling vinyl at wholesale in Japan. After several years, he opened his shop in Japan and has been running Best Sound Records ever since! 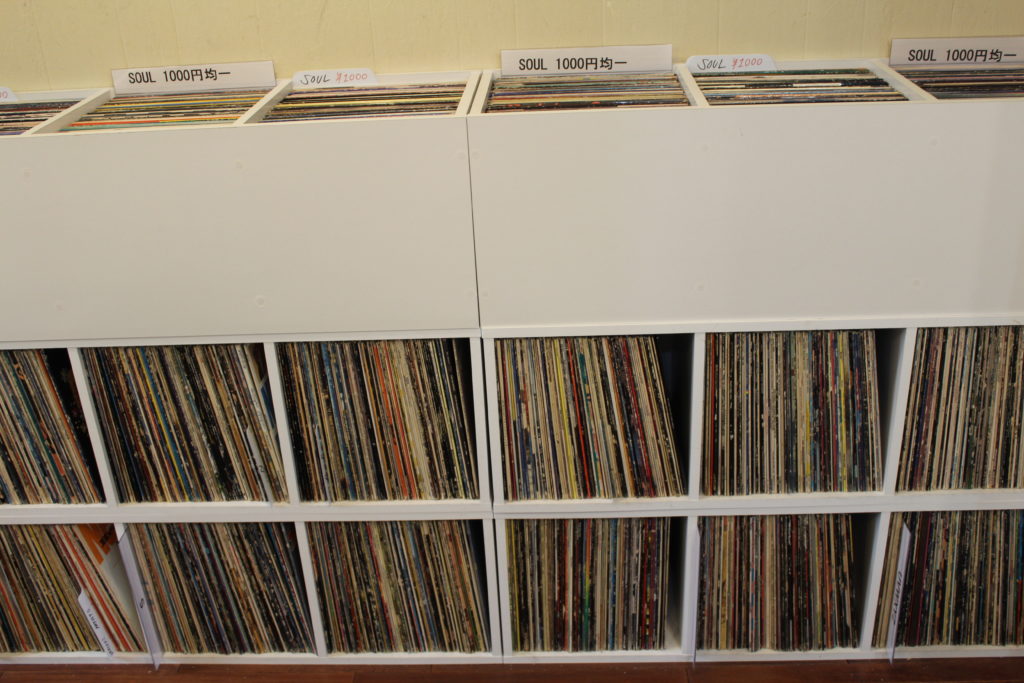 At one point, Koichi closed his physical shop but continued to sell online. However, last year he reopened Best Sound Records, and the shop stays busy with locals and tourists stopping by to dig. 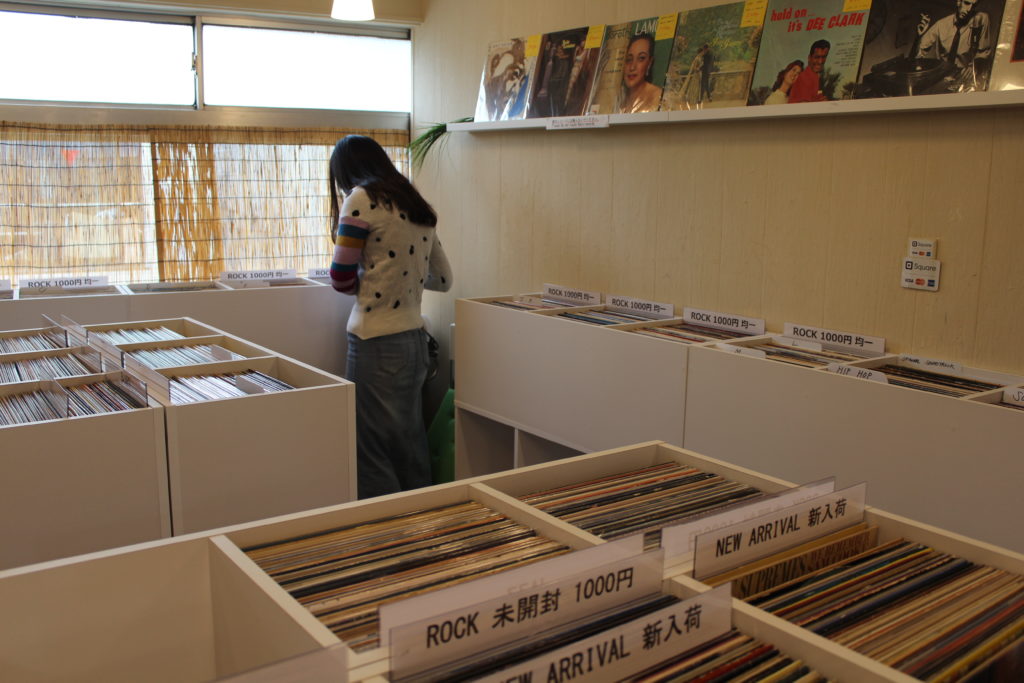 Koichi still enjoys digging for vinyl in the LA area, and still makes trips to California to pick up large collections with the intention of selling them at Best Sound Records. Koichi says each professional vinyl buyer has their territory for purchasing second hand vinyl.  For example, his territory is LA, but San Francisco is out of the territory. 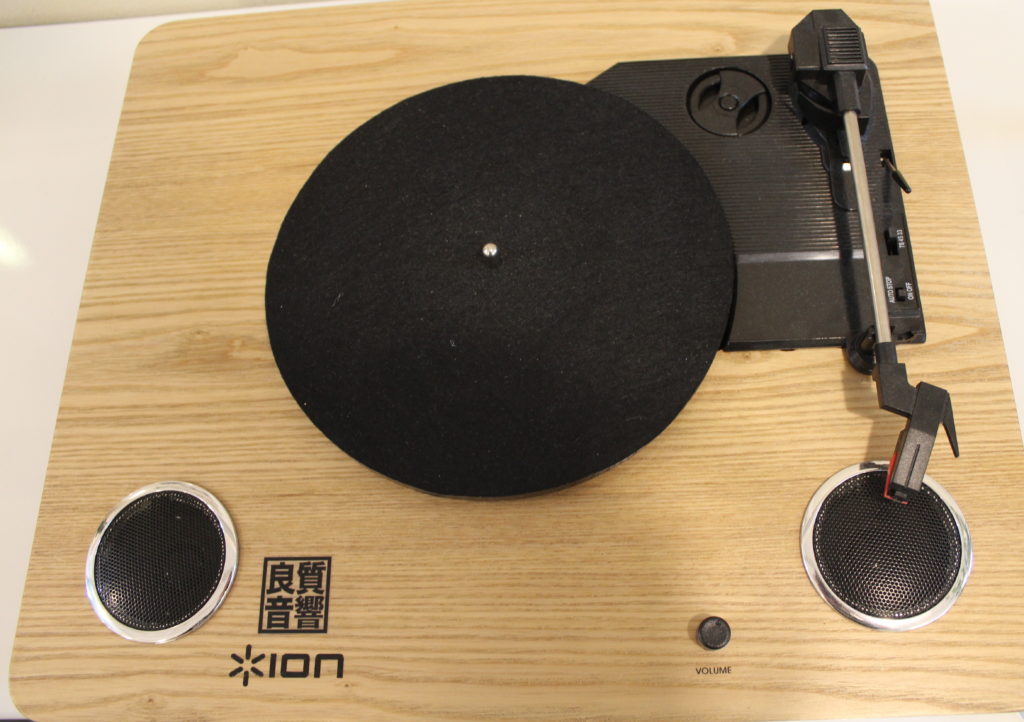 Currently, Best Sound Records only sells and ships within Japan. Koichi, however, is a regular Discogs user, and he checks the site for release data and sales history. 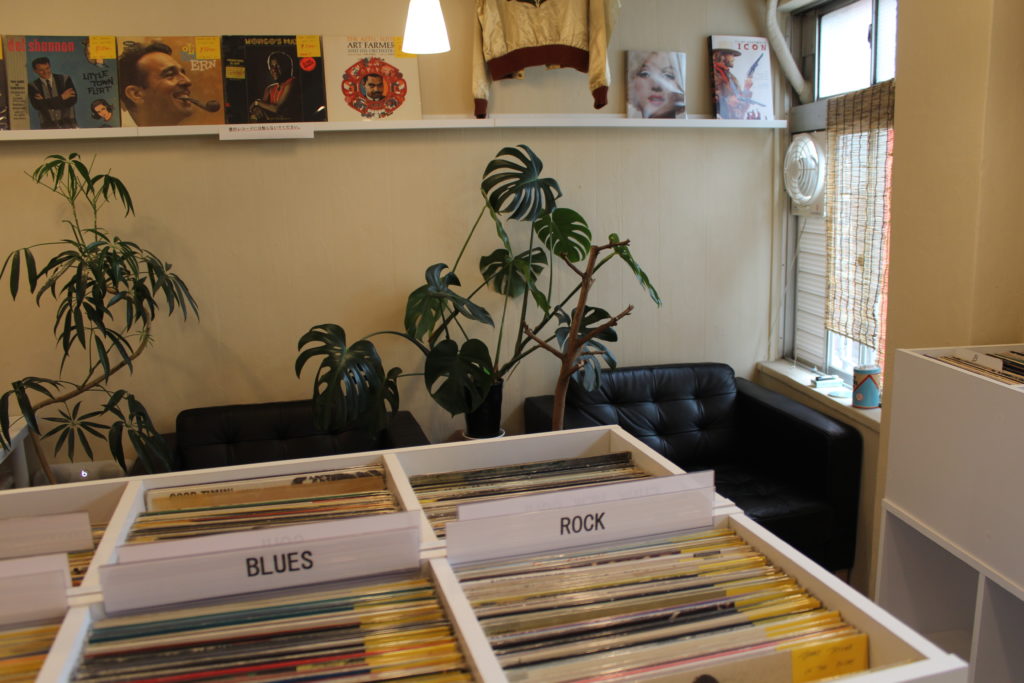 Best Sound Records is a great shop to pick up pre-owned Rock, Soul, Blues, and Jazz records.  The majority of the music is American since much of it comes from collectors and sellers in California, so don’t expect to see many Japanese pressings in this shop.  That being said, there is a great Rock, Soul, Blues, and Jazz selection, the stock is well organized, and the owner is charming and friendly. If you find yourself in Shimokitazawa, be sure to trek up those three floors for a visit! 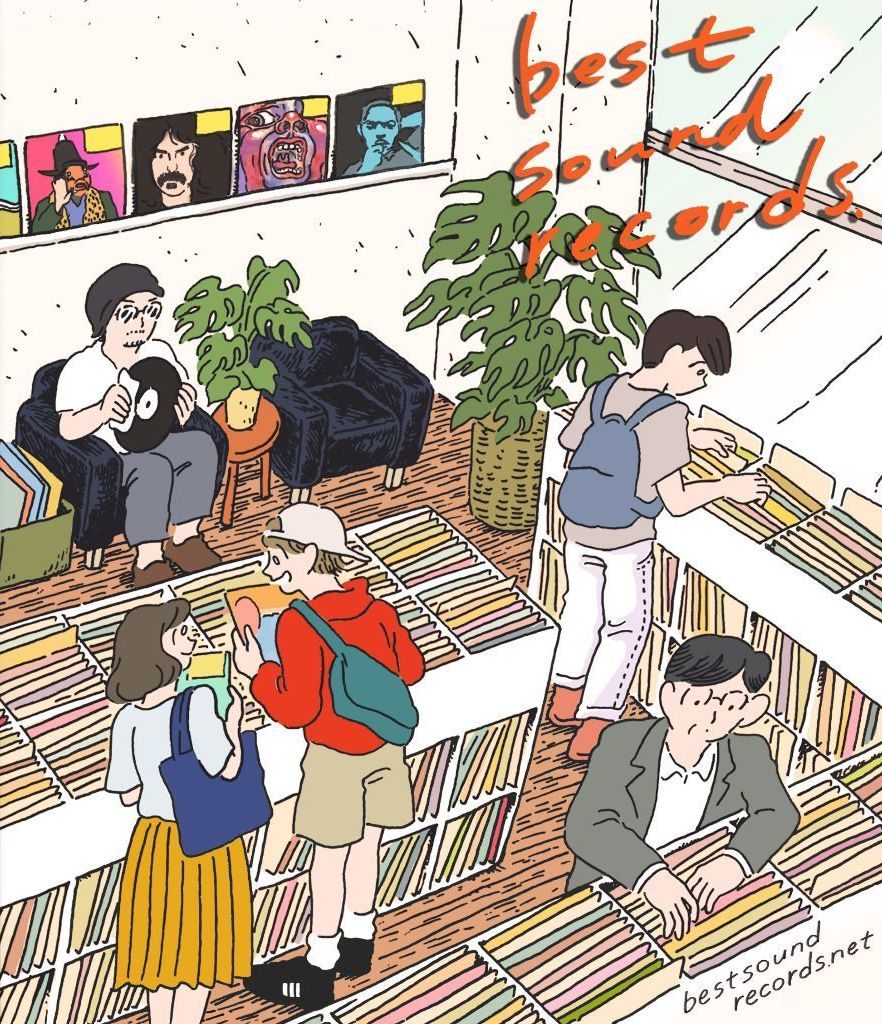 Check out some of our other favorite Tokyo shops:
Face Records  /  Flash Disc Ranch  / Dessinee Shop

Or see a full list of the record stores Discogs visited in Japan:
Vinyl Vacation: Digging in Tokyo