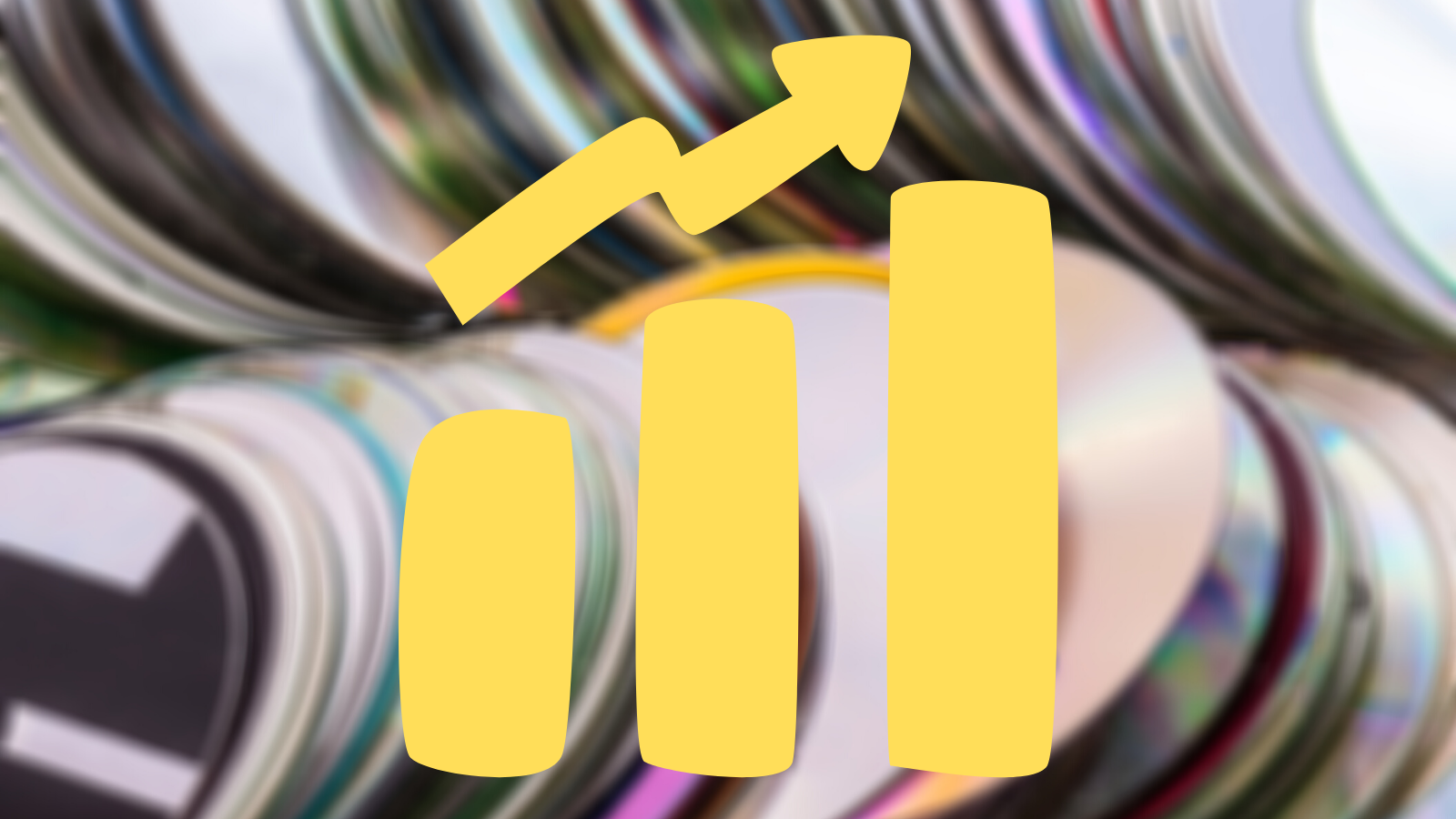 So far, 2020, while a bummer in many regards, is shaping up pretty well when it comes to the archiving of music releases. As we’ve shared previously, submissions are up significantly on previous years, as well as edits, images added, YouTube clips added, and general improvements to the database by the diligent community of contributors.

While the plethora of data on Discogs is interesting in its own right, we always love digging in a bit further to see where the data is coming from and what it is in more specifics. In this instance, we’re looking at which countries have been the most prolific contributors over the past few months, and which formats have been most favoured by our contributors in the past year compared the history of Discogs.

Looking at the biggest contributors by country, this graph says it all. You Americans have been busy this year – especially over the past few months. That spike in submissions starts around week 11 of this year – or early March. We hardly need to remind you what was going on around that time. We see submissions from the UK, Germany, and Japan also start to creep up around this time. Not quite as dramatically, but still telling. And Japan looks like they’re just starting to get into the swing of it – keep it up! This graph is a pretty good representation of how submissions are entered by country most of the time. Although the lines are generally a little flatter, the order of biggest contributing countries holds true. We’ve included the rest of Europe even though Germany and the UK (uh, do you guys still belong to a continent?) appear in their own right to demonstrate how significant the contributions from those top four countries compared to the next biggest contributing region.

Looking at the volume of submissions by format over most recent couple of years, it’s striking how many of those submissions have been CDs, especially since to many, Discogs has become synonymous with vinyl records. 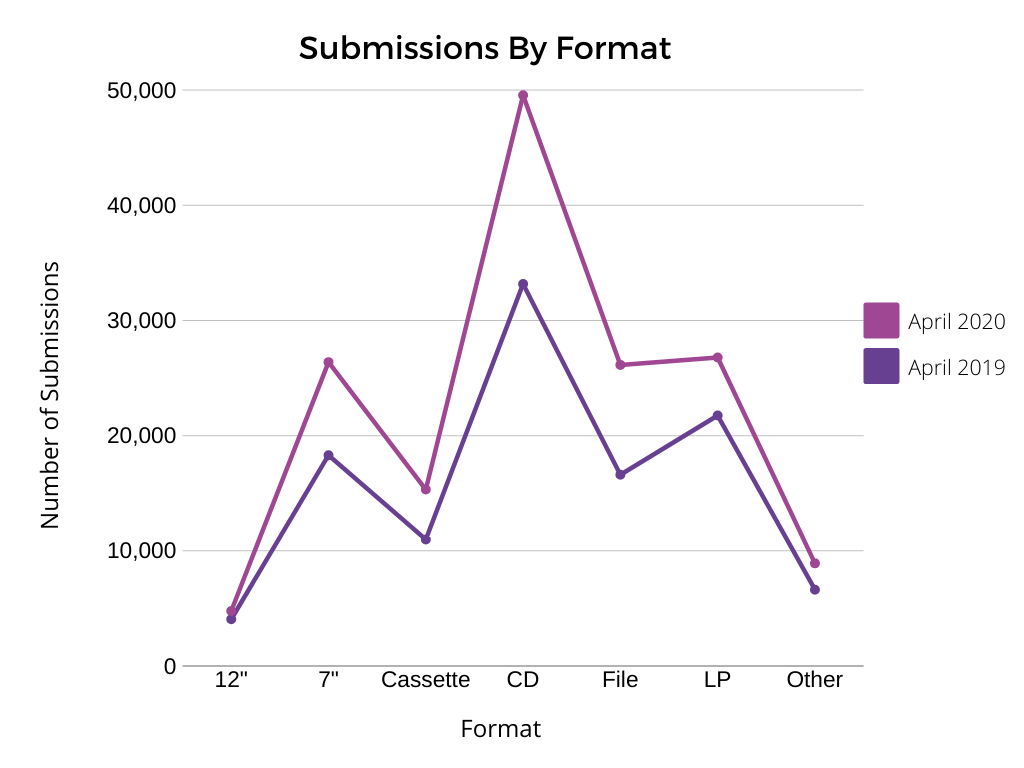 In fact, this isn’t really anything new. While 12″ got an early leg up on the formats added to Discogs in the early 2000s, CD took over as most submitted format in 2006 and has held steady since then. The volume of 12″ submissions first started to wane around 2008, after reaching its peak volume of submissions, and in 2016 that volume fell below the number of format submissions we term ‘Other’ (this includes less commonly found/submitted formats like Shellac, 10″, Flexi-discs, etc). The margin of CD submissions compared to other formats has continued to grow over the years, continually accounting for a larger percentage of overall submissions year over year.

What Makes the Humble CD So Pervasive?

CDs were inescapable in the 90s – they were relatively cheap to produce, they sound good, and they were extremely portable (shout out to my Discman). New releases came out on CD, and classic albums were remastered and reissued and widely available – maybe there’s just more of them out there compared to other formats.

And finally, maybe we just lost fewer. Shellac is notoriously fragile; tapes come unspooled and end up as litter; collections of vinyl records literally being thrown in dumpsters. CDs seem kind of indestructible by comparison (well, almost), and while they’ve been surpassed by newer technology, don’t quite have an air of obsolescence yet (although maybe we’re not the best people to ask).

Remember, you can impact this data. Submit your releases to Discogs and contribute to the biggest global database of physical music.