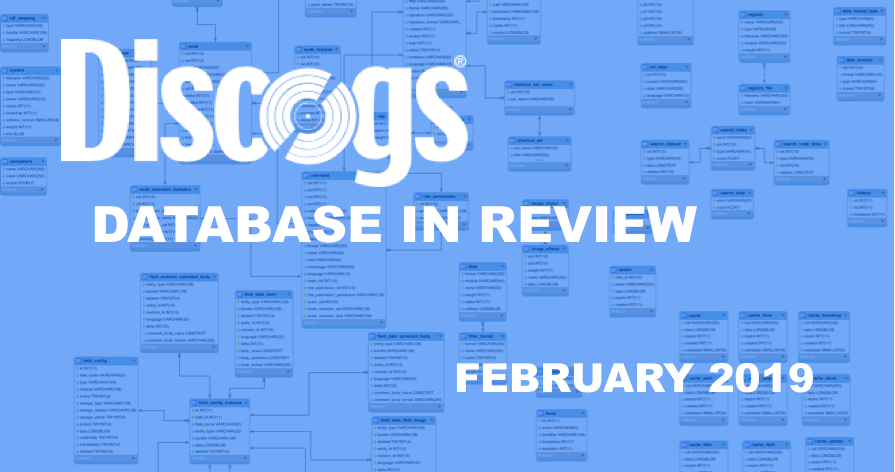 Looking at the February overview it might look like the volume of Contributor activity dropped off in February… But February has 3 less days than January, and looking at the daily averages tells a different story. They indicate the Contributor Community still have their heads down and are as busy as ever.

We’re sending out a big thanks to all the French and German translators who’ve been working on translating the Submission Guidelines. They’ve already finished the Database Glossary, translations of which we’ll be making public soon. Then it’s on to the rest of the Guidelines!

Every month we’re more excited at the prospects of making Discogs more accessible to people from non-English countries. How else are we going to catalogue all the music in the world?

Note that whilst the monthly numbers are all down on January, the daily averages are stable, as seen in the graph of daily Submissions below.

There are no new updates to the Submission Guidelines from February 2019.