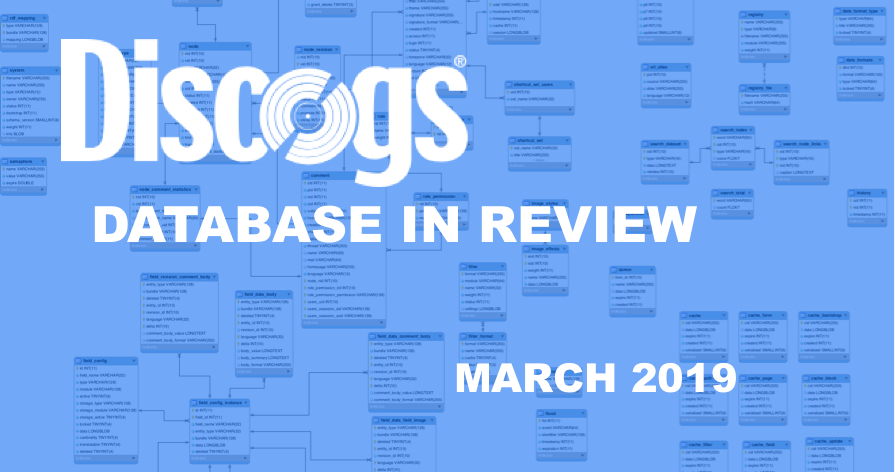 Looking at daily activity in March, the total number of contributions to the Discogs Database was flat compared with February, which is consistent with past years. The most noticeable change in monthly patterns was a big spike in the number of YouTube videos added to release pages, and a dip in the number of artist images added to the database. We’ve watched the number of videos added skyrocket in the past few years, but I couldn’t find any obvious explanation for why there was such a big drop in artist images added.

However, whilst snooping for clues, my brain addled with dreams of the countless analyses I’d like to run (it can be overwhelming to have the world’s richest musicological dataset at your fingertips). One very simple question popped in my head and I couldn’t resist being side-tracked by it:

Which Artist Has The Most Releases On Discogs?

The easy answer is Lennon-McCartney, the accredited partnership of John Lennon and Paul McCartney, who wrote and published approximately 180 songs together between 1962 and 1969. Second, third and fourth place go to classical composers Bach, Mozart and Beethoven, with Bob Dylan sneaking in at fifth. This ranking ignores the Discogs “Traditional” artist listing, an entity used as a placeholder credit when the songwriter of a piece of music is not known, and the music has been handed down – usually by rote (word of mouth, copying the music by ear, etc.).

That ranking also ignores the fact that artists are often credited on releases without being the main artist. At the time of this writing, there are 7,108,343 artists in the database; 129,503 artist listings have been marked as invalid and in need of a bit of digital elbow grease (there’s already a big project for that). Filtering out all other credits except main artists, the classical trio take the lead, with Elvis Presley marginally ahead of The Beatles, and Lennon-McCartney nowhere in sight.

In other news: We’d like to give a big shout out to all the French and German translators who’ve completed translating the first few sections of the Discogs Database Guidelines, which have only ever existed in English. We now have a dedicated webpage for helping new translators get up to speed on how to help. Follow the steps in the “Join The Discogs Translators Team” section if you’d like to help make Discogs a global project.

There are no new updates to the Submission Guidelines from March 2019.