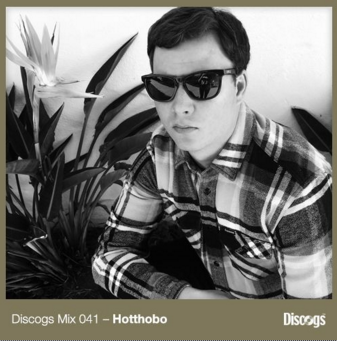 Randy “Hotthobo” Ellis is the founder of the forthcoming Hobo Camp label, and a label manager and co-owner at Voltaire Records. As an artist he produces and records with Loose Shus, DeMarque, and Chautauqua. The “Hotthobo” moniker initially started as a joke after Randy intricately doodled his high school physics teacher dressed as a vagabond set on fire. The “Hotthobo” drawing was passed around his group of friends and they in turn provided the nickname which has plagued him for the rest of his life. As a devout record collector and DJ, Hotthobo journeys deep into the abyss of new, classic, and obscure 12″ and 7″ records, with a focus toward high-end boogie, disco, two step, sweet soul, italo, house and modern funk. Hotthobo is a regular guest DJ at Funkmosphere (LA), Sweater Funk (SF), the Modern Funk Fests (SF / LA / SD), and can often be heard on the radio via Dublab, KCSB’s Xica-Soul, and Montreal’s Voyage Funktastique.