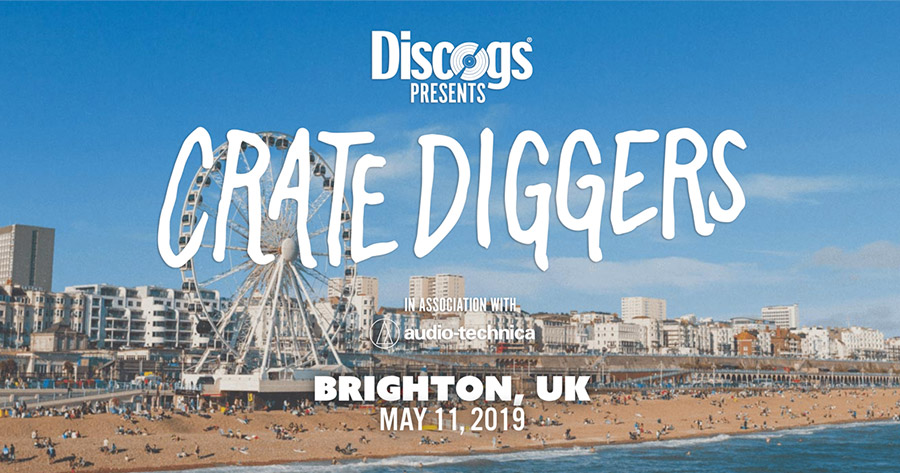 Our largest Crate Diggers Record Fair to date, Crate Diggers Brighton, is coming up May 11! The Brighton Centre will be home for a day to record sellers and collectors from all over the UK – and a few from mainland Europe. It’s all about thanking the Discogs community and celebrating record culture together, so as always entrance to the record fair is free (starting at 10AM). You can expect more than 100 tables of crates to dig through, craft beers, and DJ sets by Mr. Thing, Nick The Record, and DJ Format. The cool thing is that the records you hear these DJs spin will be for sale! Ahead of the event, we asked them about their best digging finds and what they will be bringing to Brighton next week. 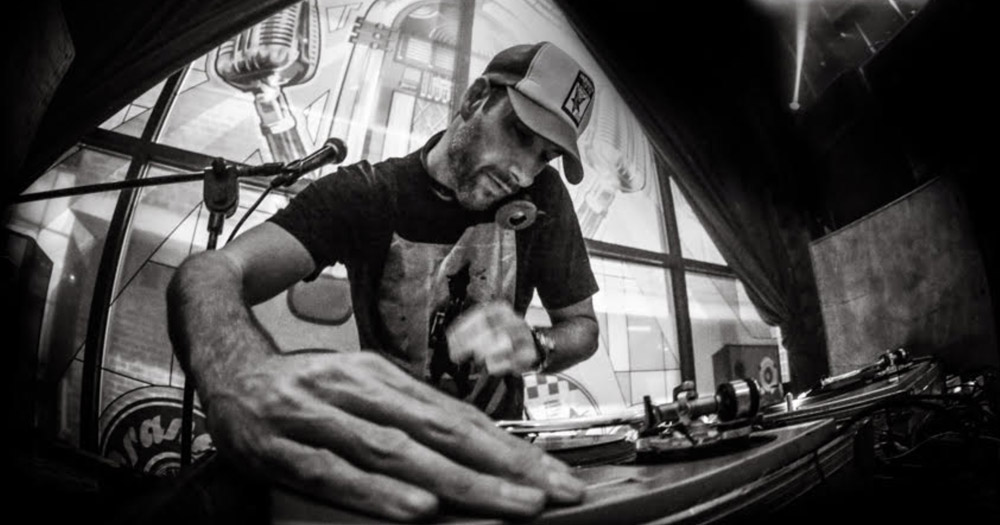 I think the first record I owned was Complete Madness but I got it for Christmas when I was 10 years old. One of the first records I remember buying was Schoolly D’s first LP but I also used to buy a lot of hip hop 7″s around that time because they were very cheap, usually 50p or £1 in Woolworth’s. That was in the mid-late 80s when I was about 15.

Most unexpected find in recent years?

A few months ago I played a gig with Cut Chemist in London. On my way to meet him in Eldica Records the next day I stopped in a charity shop and found Soul Cure by The Power Pack (great album by UK library legend Nick Ingman). There’s no better way of getting everyone motivated for a day of digging than finding a record like first thing in the morning!

As long as I’m ‘physically’ digging through records, I’m at my happiest. Digging online doesn’t give me the same buzz, I like to look at the records in the flesh and touch them, turn over the cover and read the credits etc. The downside to so many record shops and record fairs nowadays is they seem to live & die by Discogs prices, often without bothering to take into account the fact that so many ‘chancers’ list records at ludicrous prices that nobody ever pays!

Over the last 10 years it seems that Discogs has shaped the way that most of us ‘dig’, even though I don’t really consider it proper digging. It’s a great thing to be able to get instant access to a record that you would probably never otherwise find in a lifetime of digging in shops. I probably buy 75% of my records on Discogs nowadays so it’s a major part of my daily life… what a sad b*stard I’ve become haha!

Absolutely! I’m certainly not a record dealer and don’t buy records to sell them but I’m pulling lots of records from my personal collection so they can find new homes and someone else can enjoy them. I have 2 copies of many records I own so I’m trying to be less of a hoarder and let go. Anything you hear me play in my DJ set that day will be for sale…mostly soul, funk, rock & jazz LPs but I’ll also have some interesting 7″s too, especially old hip hop 45s. 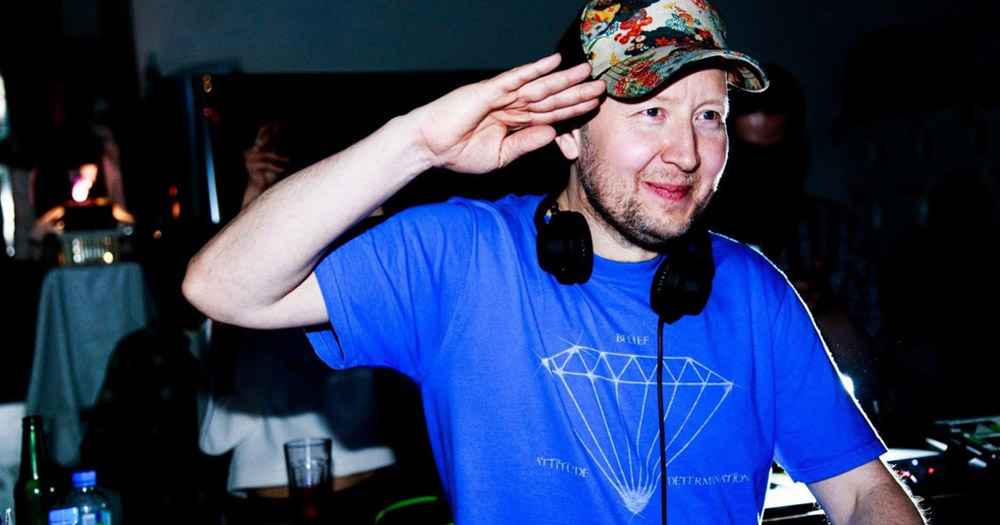 Elvis Costello – Oliver’s Army and I remember singing it, doing the best gruff voice an 8 year old could muster for my class at school. No idea what the name of that class was.

Both, but fairs tend to win by a hair.

When I’m out at shows or in shops I make sure to have my headphones with me & if I see something interesting I don’t know, or just want to remind myself how It sounds I’ll reach for Discogs & see if there is a video.

I often see people at record fairs these days with a big stack pulled aside & looking everything up on Discogs hoping for bargains. If you are stopping other potential buyers seeing the records it’s not cool. Sure pull out a stack & check 2 or 3 but not a whole stack. There is a very strong possibility that the seller already looked them up on Discogs.

I’m writing this whilst in America on a buying & gigging trip so I’ll have plenty of fire in the boxes but not sure what yet. 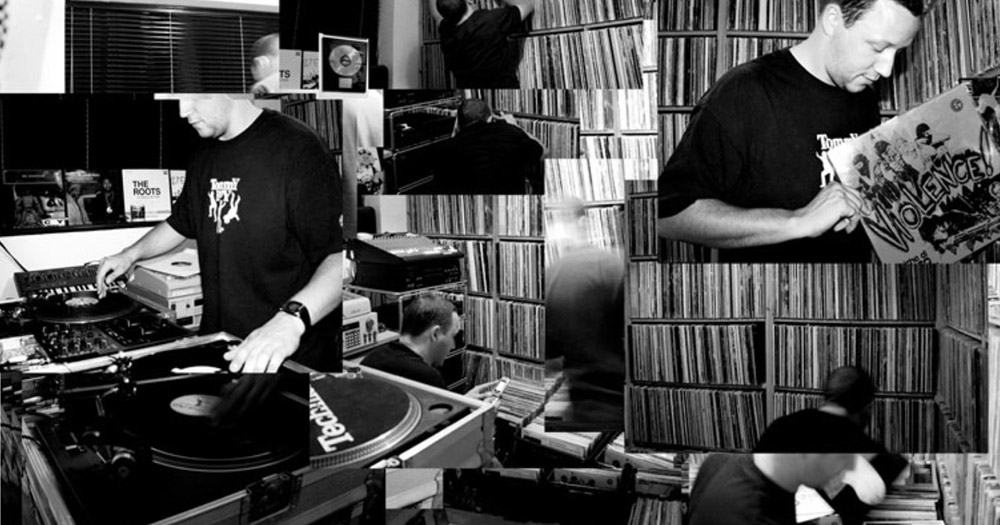 Not very cool to a lot of people but I have to admit to it being “Kings Of The Wild Frontier” by Adam & The Ants. The total opposite of what I got into a year or so down the line!

Most unexpected find in recent years?

Found a super rare funk 45 at a car boot sale a few years ago that wasn’t in a sleeve and in a box of bad 80s pop 12”s, apparently was only sold locally at the time at gigs!

I love both equally, can’t walk past either without going in and I love the social aspect of buying and selling at both!

Mainly to check if I haven’t got it already … but also to check on pressing variants/bootlegs and things like that, find it very useful in that regard!

Definitely got some heavyweight titles I’ve been keeping back for the fair, but got a lot of cheaper titles and some solid classics as well, see you there!

We’re looking forward to seeing you in Brighton! Come digging with us and stay for the After Party: Jurassic 5 presents: The Fullee Love Collective, David Rodigan, General Levy, Zion Train, Jehst and the legendary Sister Sledge are ready to set the dance floor on fire!

Get your tickets for the after party now. Are you ready for an INCREDIBLE day?