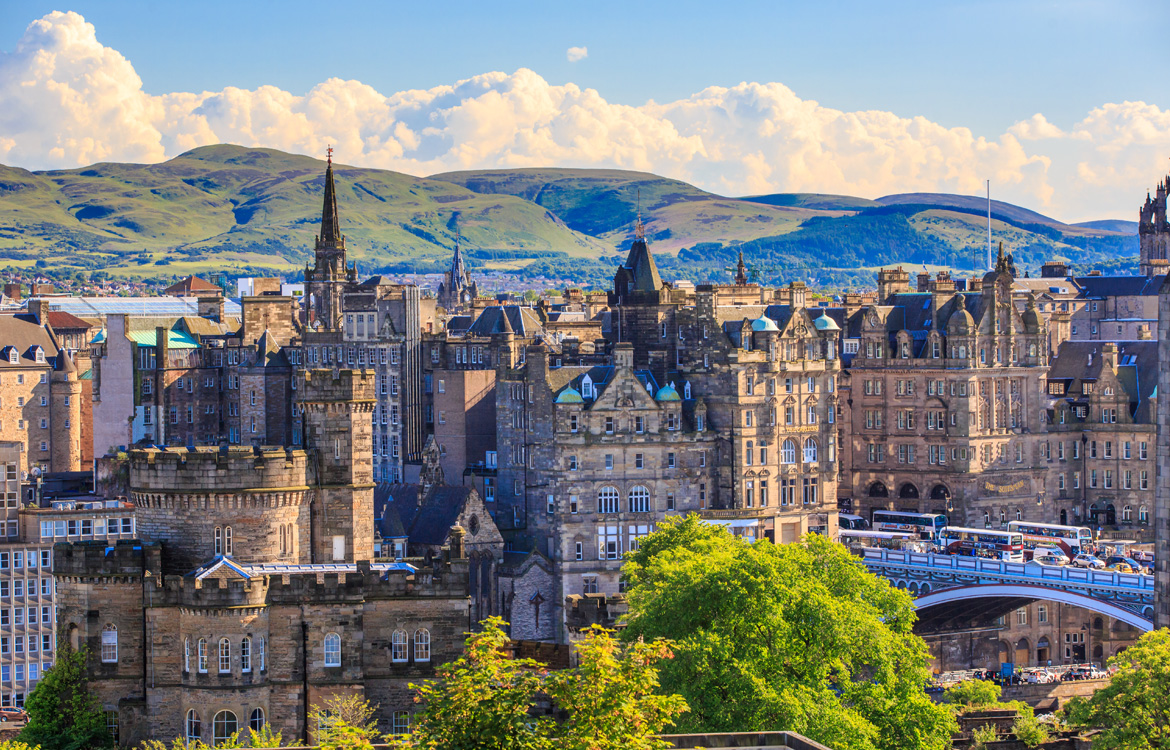 The Scottish capital is simply stunning, from medieval lanes to mountainous surrounds shadowed by the beautiful Edinburgh Castle. Beneath Edinburgh’s historically drenched touristic wow-factor lies a diggers treasure trove, with a plethora of record shops scattered across the city that will keep all types of collectors busy.

Last week we went on an Irn-Bru powered record emporium marathon and along the way met some fantastic music sellers, visited some insane collections and are pleased to report back this guide of the best record shops in Edinburgh below. As the last surviving Dance and Electronic music shop in Edinburgh, US has evolved through the years with some killer stock of both new and old LPs, 12s and 45s, From House to Ambient right the way through to Soul whilst boasting a good deal of equipment and local gig tickets. Grab a coffee from the fantastic milkman spot next door and get stuck in. 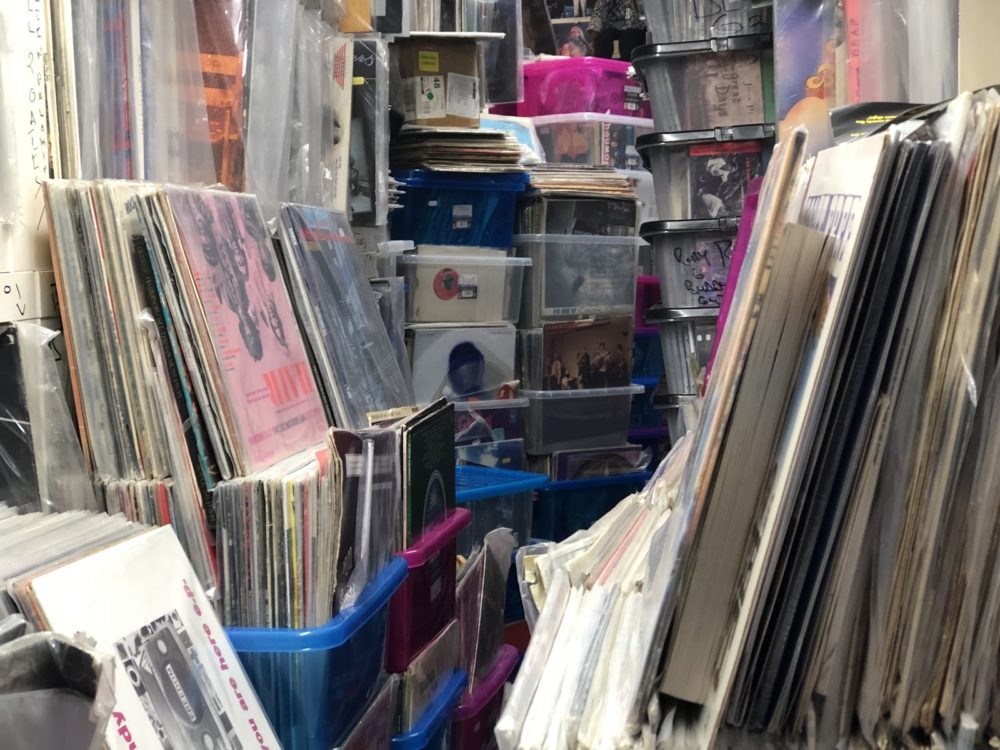 With over sixty-five thousand records spread across six rooms, Backbeat has been a digger’s dream since 1981. Your best plan of action here is to bring owner Douglas McShane your wantlist and he’ll have a better idea of where things are. Organised chaos and a diggers wonderland, DON’T miss this one.

One of the city’s latest addition has made a big impression, having taken over the reins from McAlister Matherson Music a couple of years ago. Assai boasts an impressive array of new vinyl, from latest releases to repressed OGs, great books, and a sublime backdrop. As a side note, Yamoto on the opposite side of the road does some of the best sushi we’ve ever had if you’re hungry! 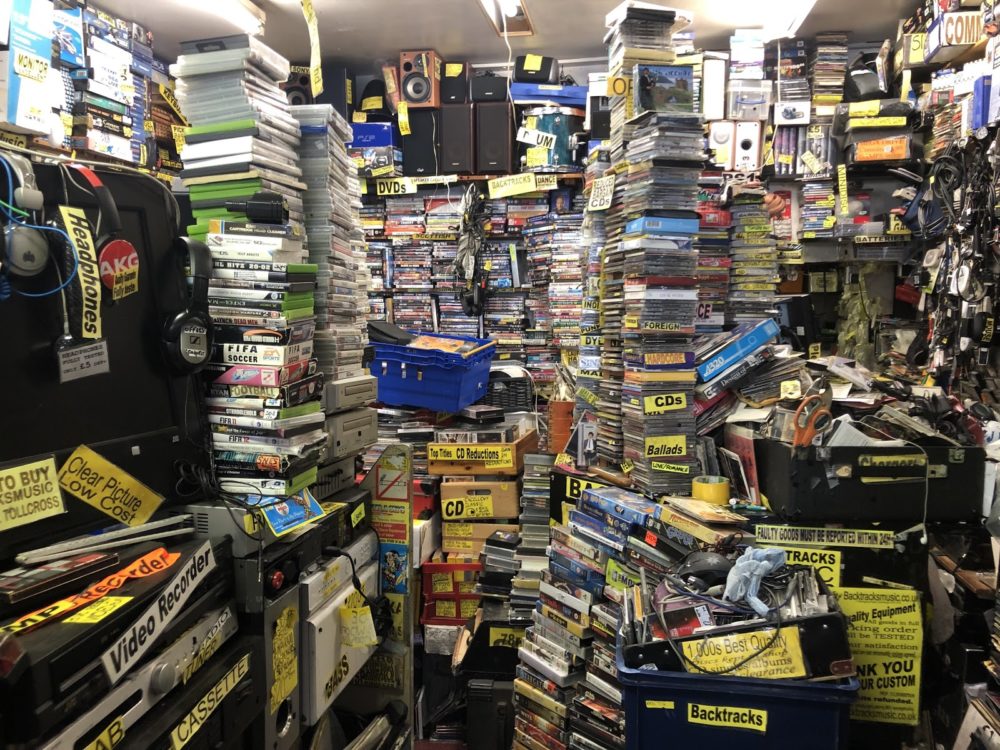 Yeah. Mental. I don’t really know where to start on this one. This spot defies gravity. From Sinatra to SCART leads and Pavorotti to PS1 controllers, Tommy has run this joint for the past 30 years with no signs of slowing down! Record-wise this isn’t one for the purists but has a wall of decent 70s and 80s LPs and 45s, and certainly the kind of spot where bargains are to be found… 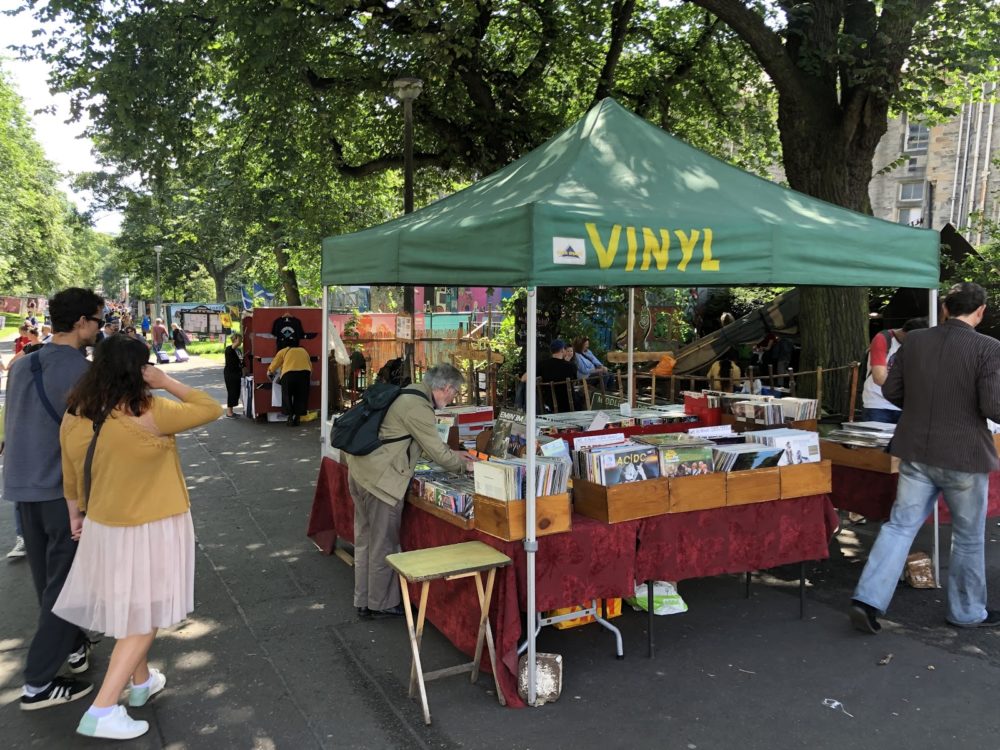 Tall Paul has been pushing records since 1997 and has found a wonderful nook to sell his wax on the streets of Edinburgh. Open for business every day in August (Fringe Festival) and 3 days per week in the summer. From classic rock to jazz, paul’s crates pack a punch, catch him whilst you can. 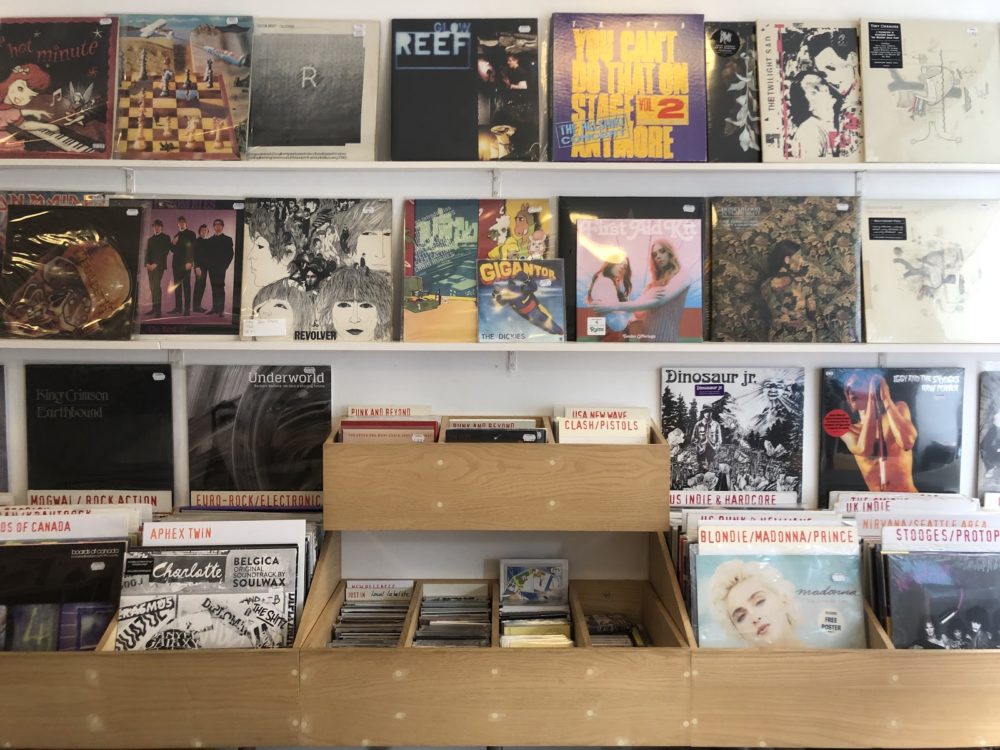 Since opening its doors in 2011 Vox Box has specialised in Rock and Indie for the best part of a decade, pushing the latest releases, unearthing OG classics, whilst championing local bands through their instore series. Set in the beautiful Stockbridge, Vox Box is certainly worth a visit and make sure you venture into their all-45s back room! 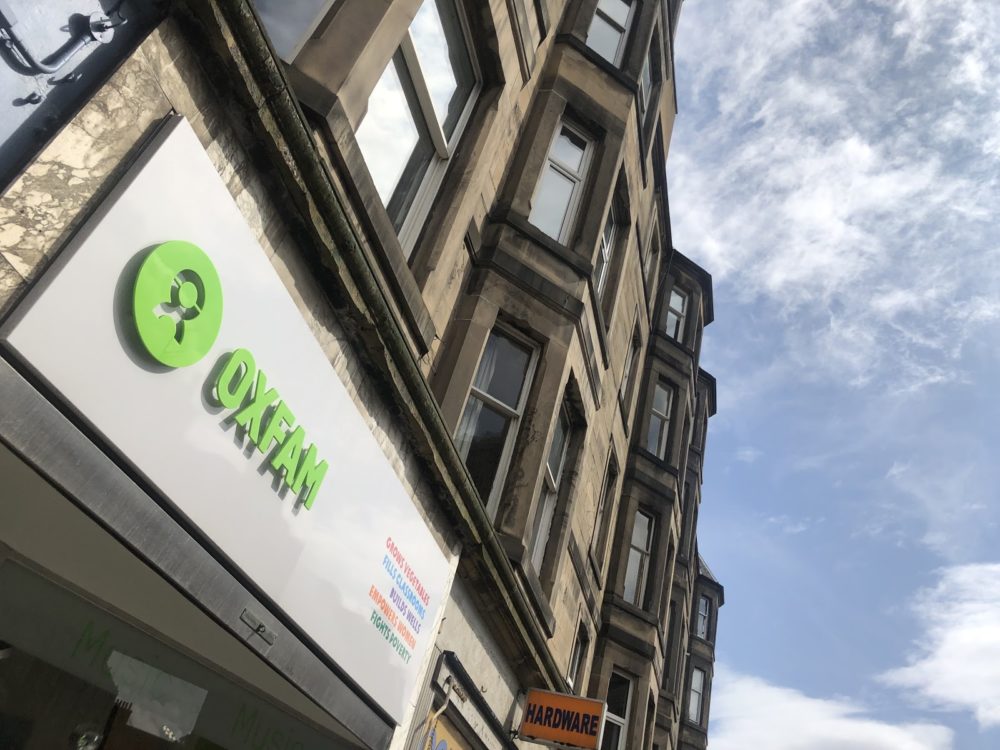 A digger’s guide wouldn’t be complete without a hat tip to Charity Champions Oxfam. Edinburgh’s only donated music specialist has been trading for the last sixteen year and as you’d expect has a wide cross-section of music through it’s donated collections. From Classical to D&B and Country to Trance, mixed bag central but be sure to support this fantastic cause. 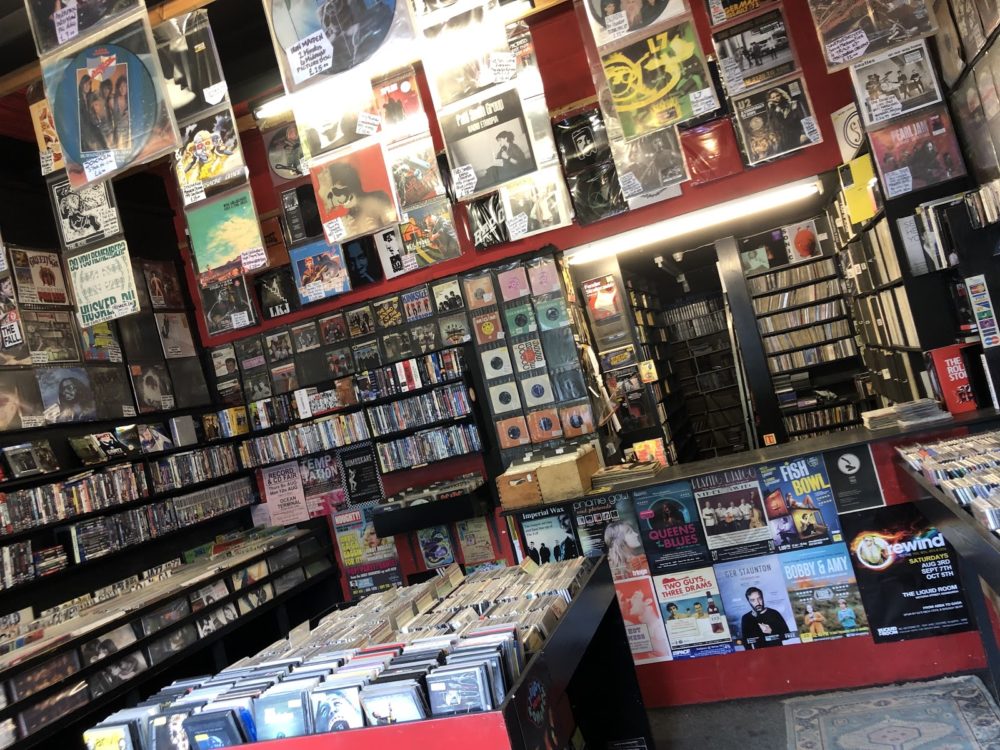 Since opening its doors in 1983, Vinyl Villains has persevered under the same ownership to still lead the line in Edinburgh’s Rock, Punk and Folk scenes. A vast array of Memorabilia, books and DVDs make this spot a must for all the Rock heads out there. 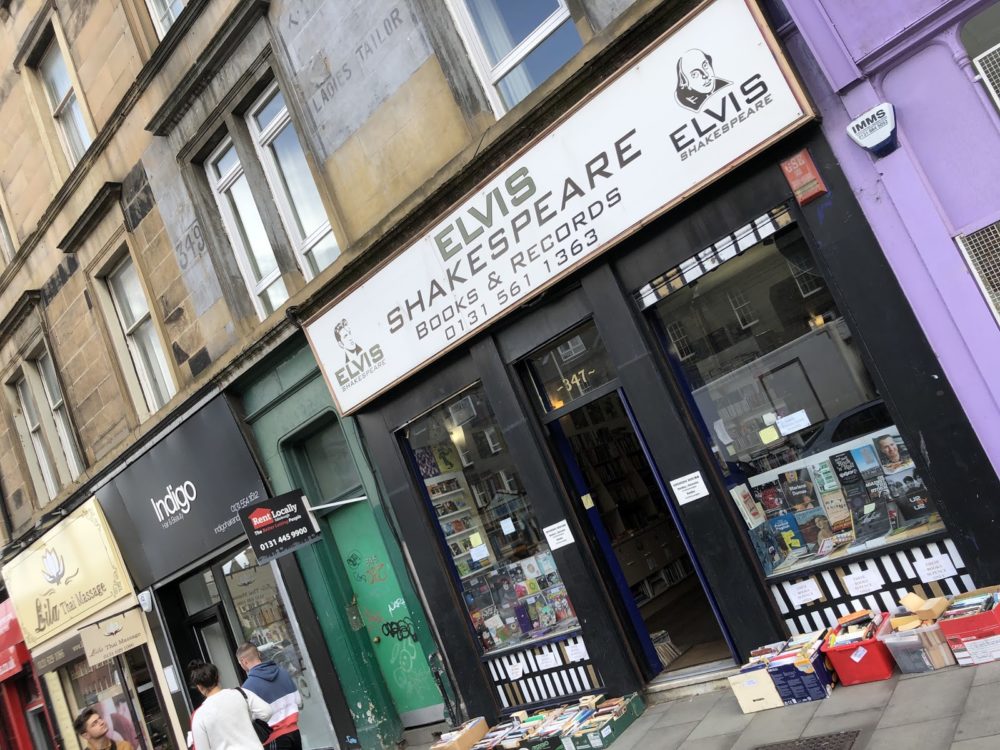 Just down from Vinyl Villains, you have the magical Elvis Shakespeare which has a healthy 50:50 balance of Books vs Records in stock. Headed up by David Griffin, its doors have been open since 2005, specialises in Punk, Alternative and Indie and keeps its racks (draws!) stocked by buying local collections. 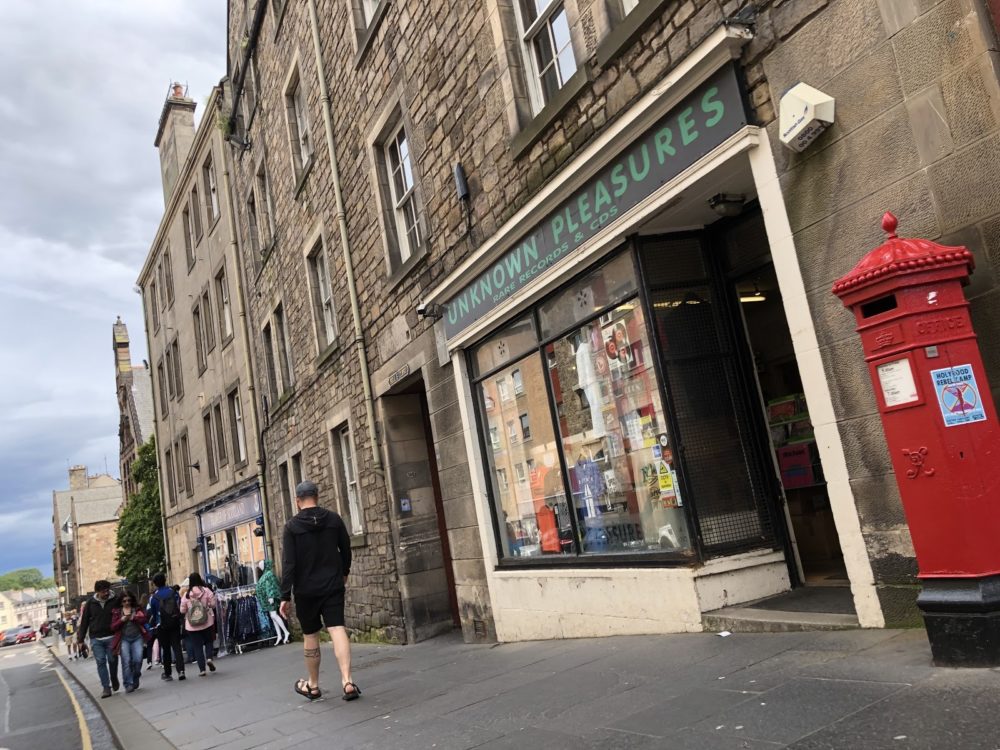 Unknown Pleasures is situated at the bottom on the quintessential Royal Mile, and Since it’s 2007 opening has grown from strength to strength offering a cross-section of the 60s, 70s, 80s and 90s records and a huge selection of Tees’s and memorabilia. 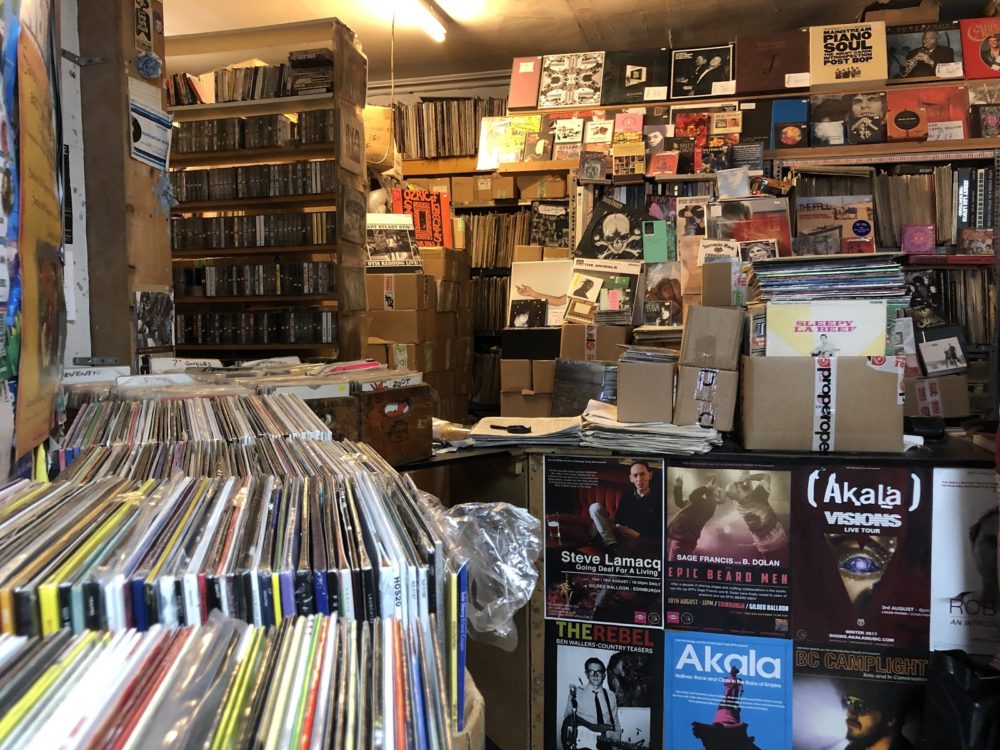 Dave has been running this wonderful record emporium for the last 53 years with the VinylHub being his only online presence. Stocking new with the old and a nice mix of collections, this spot is a perfect representation of the Edinburgh scene through the years. Go see Dave, you’ll thank us!

Writing this guide to record shops in Edinburgh, Scotland was a lot of fun! Big shout to all the record pushers who gave us the time and who continue doing the do for the right reasons. It’s heartwarming seeing so many shops still trading after decades of evolving trends. Edinburgh, till next time…