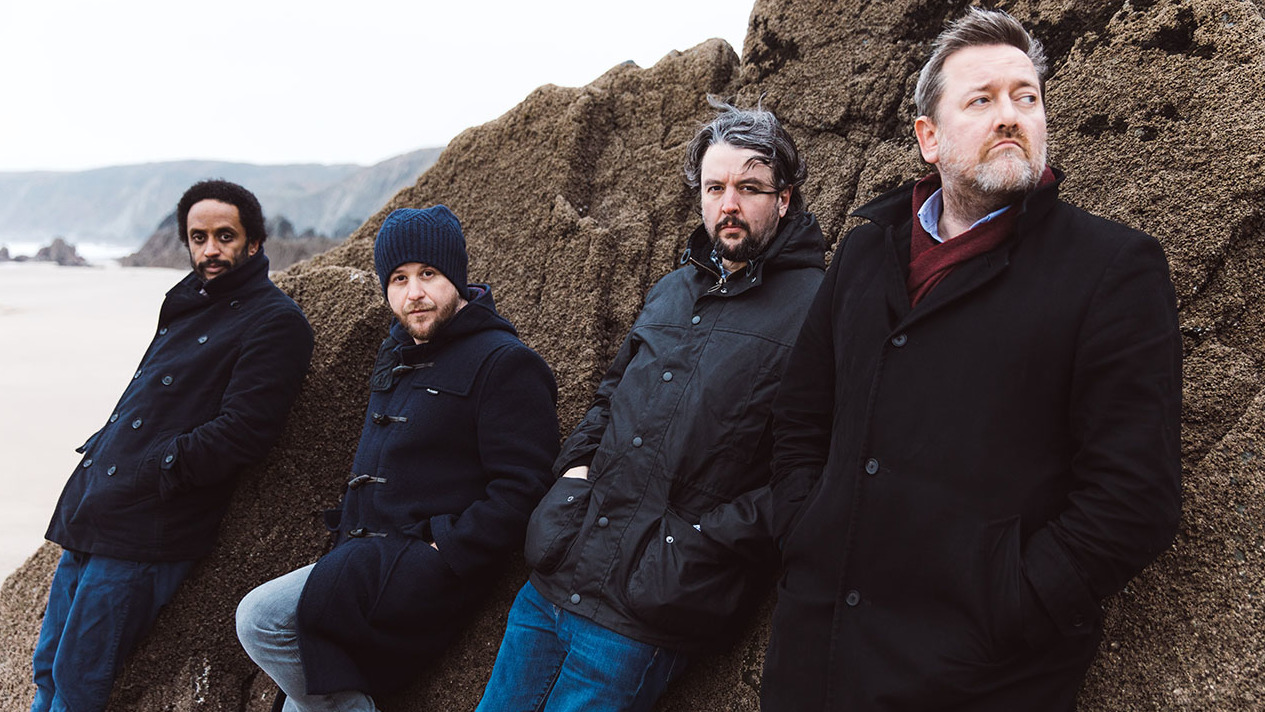 Every generation has its poets, and Elbow frontman Guy Garvey is an everyman lyricist for the ages. His passionate rhyme and flowering diction make noble the grit of years spent in pubs, the chaos of industrial city streets, and the ho-hum of a modern mind’s musings. The band reflects its home of Manchester through and through, but with grand instrumentation and sweeping emotion, Elbow takes its blue-collar attitudes to lofty heights.

Elbow formed in Manchester in 1990 under a different name but took up this famous moniker in 1997. Garvey is joined by Craig Potter on keyboard, piano and backing vocals, Mark Potter on guitar and backing vocals, Pete Turner on bass and backing vocals, and Richard Jupp on drums. Their mix of droning rhythms and sweet melodies sounds quite inspired by The Velvet Underground, except they layer all these sounds into one, then add big orchestral moments and wonderful use of bright harmonies.

The band has been showered in critical appreciation since its earliest days, with three Mercury Music Prize nominations and a win. Its song “First Steps” became the BBC theme for the 2012 London Olympics, and its eighth studio album is to be released Friday, Oct. 11. Here is a complete breakdown of Elbow‘s catalog thus far. 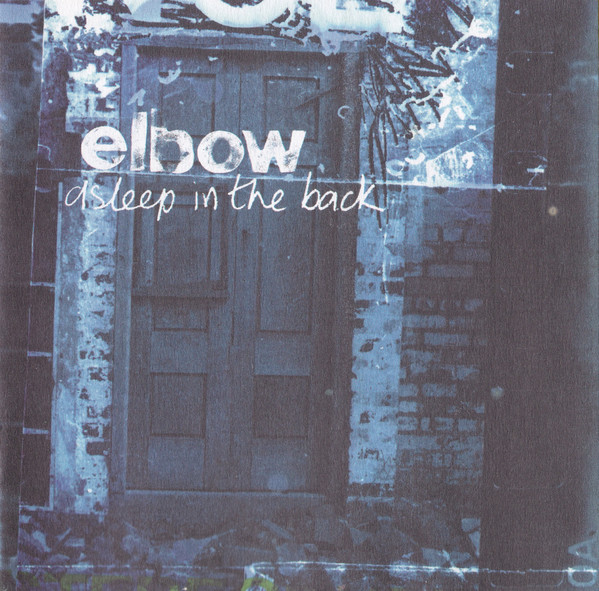 Asleep In The Back

The songs of Asleep in the Back were written over the course of six years, six of which were rerecorded tunes from those ill-fated Island sessions. The dreamy, dreary 12-track collection spoke to the quiet doubts and everyday shortcomings of the common man. Garvey‘s lyrics speak of addiction (“Red,” “Powder Blue”), boredom (“Any Day Now”), fear of growth (“Presuming Ed [Rest Easy]”), nostalgia (“Scattered Black and Whites”), and sexual desire (“Bitten By The Tailfly”) in a tender way with a somewhat beaten and tired delivery. Even its love songs – including the title track that actually came later as a bonus – are twisted depictions. The music’s ethereal atmospheres and bursts of bright, chaotic boldness give movement to the mood, conjuring a cinematic feeling from start to finish. It’s beautiful in a really modern and relatable way, and it was shortlisted for the Mercury Music Prize while it earned the band a BRIT Award nomination for Best New British Band. Elbow‘s second record is a celebration on a gray Sunday afternoon. Its 11 official tracks ebb and sway with a calm pace between gloomy moods (“Ribcage,” “Fugitive Motel”), upbeat tempos (“Snooks [Progress Report]”), clashing distortion and emotive exuberance. The title is a reference to their 2002 Glastonbury performance. The band recorded the audience singing, “we still believe in love, so fuck you,” then featured the sample on the climactic track “Grace Under Pressure.” The record plays through with spots of psychedelia a la the Beatles in Magical Mystery Tour, especially on “Fallen Angel” and “Grace Under Pressure,” then wraps with a short and detached sort of ode to love in dreams. Bonus Japanese and American editions include “Whisper Grass,” “Brave New Shave,” and “Lay Down Your Cross” in various arrangements. 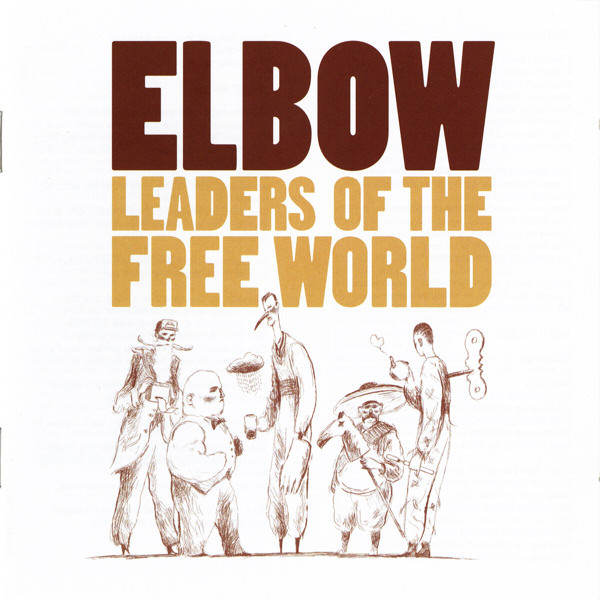 Leaders Of The Free World

The band’s third album was entirely self-produced and showcases an edgier rock attitude, chock full of catchy melodic hooks with hair-raising electric guitar. “Forget Myself” opens with a rhythm made from industrial clashes and moves toward a triumphant mess. “Leader of the Free World” sees Garvey take on politics, commenting on the re-election of George W. Bush as US President, whom he sees as a sniveling little boy. Even the acoustic ballads pack a bit of an upbeat punch, from the reflective “The Everthere” to sweet breakup anthem “The Stops.” Lots of songs center around loving someone despite their letting you go, as well as familiar themes of nights spent in bars. The cover depicts five characters form the album’s songs. The Japanese version includes bonus tracks “McGreggor” and “The Good Day.” Integrated music and video DVD. “Mexican Standoff” was also recorded in Spanish, a B-side to the titular single release. 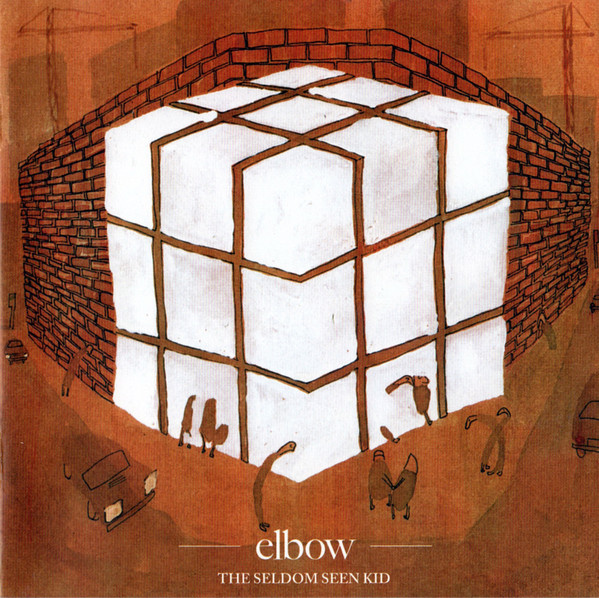 This LP beat out Radiohead‘s In Rainbows (itself is very reminiscent of old Elbow) for the Mercury Music Prize. It’s highly orchestral and cinematic with lots of rock groove, a clear moment of growth artistically and emotionally. “Starlings” opens with an exciting mix of quiet melodies and startling blasts. The Western-tinged rocker “Grounds of Divorce” became a huge hit for the band. It’s about a friend of Garvey‘s named Bryan Glancy, who died from excessive drinking. He calls him “the seldom seen kid,” a line from which the LP gets its name. The album’s original closing track, a heartbreaker called “A Friend of Ours,” was written by Glancy and sung in tribute. Mostly, though, The Seldom Seen Kid is fresh and upbeat, begetting the band’s biggest hit to date, “One Day Like This,” which has become a popular wedding song. The UK-version of the LP concludes with a hidden bonus track called “We’re Away” that follows the closing-track “Friend of Ours” after five minutes of silence. A special deluxe edition also includes non-album track “Hotel Istanbul” and “lullaby.” 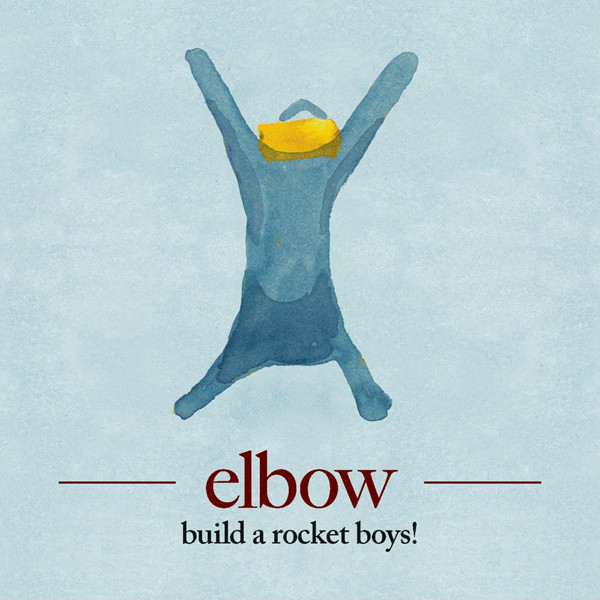 An album all about growing up and going through the awkward and important teenage years, Garvey looked to the past to find lyrical inspiration, because success and money had made it hard to write about the present with Elbow-esque discontent. The album was made with the ease of success in the air, but they were conscious not to try to repeat the motions. Indeed, Build A Rocket Boys! Wades between the catchy rock hits of The Seldom Seen Kid (“With Love,” “Neat Little Rows”) and the somber, humming atmospherics of earlier works (“The Night Will Always Win”). It’s sweeping and uplifting on opener “The Birds,” as it welcomes the nostalgia while chiding those that tell old men not to spend too much time in reverie. “Lippy Kids,” the album’s bit hit from which it takes its name, celebrates hoody-wearing teens who get an unjust bad wrap. The self-produced LP is as experimental as ever and was Elbow‘s third Mercury Prize nomination. 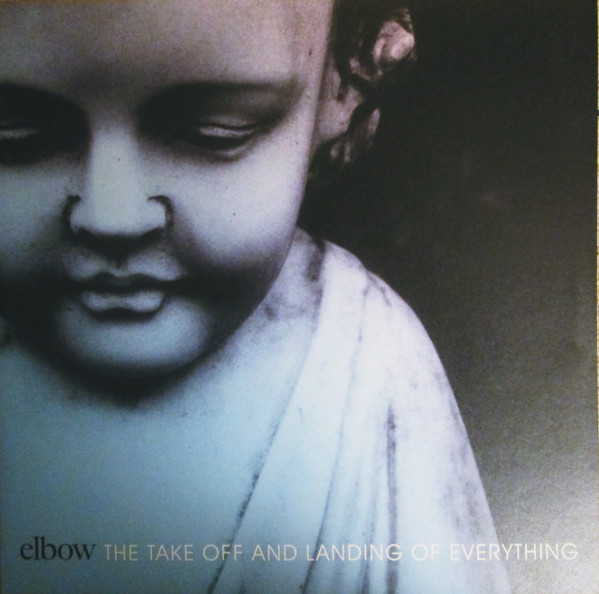 The Take Off And Landing Of Everything

Imbued with Garvey‘s breakup from longtime girlfriend Emma Jane Unsworth, this sixth studio album plays in blue and grey hues, but everything’s got a silver lining. The Takeoff And Landing Of Everything means that the endings of life’s adventures are as important as their beginnings, and the title track serves as the emotional climax with a sprawling seven-minute epic that settles in a repetitive mantra. The album was also partially inspired by time Garvey spent in New York City, most notably on the uplifting urban wonder of “New York Morning,” while “Charge” and “My Sad Captains” keep the drinking song tradition. The four songs “Real Life (Angel),” “Honey Sun,” “Colour Field” and “Fly Boy Blue/Lunette” featuring music written primarily by other members, and the album’s final song, “The Blanket of Night,” shares an often unheard human side of the refugee story, which remains a hot political point in Elbow‘s England and around the world today. 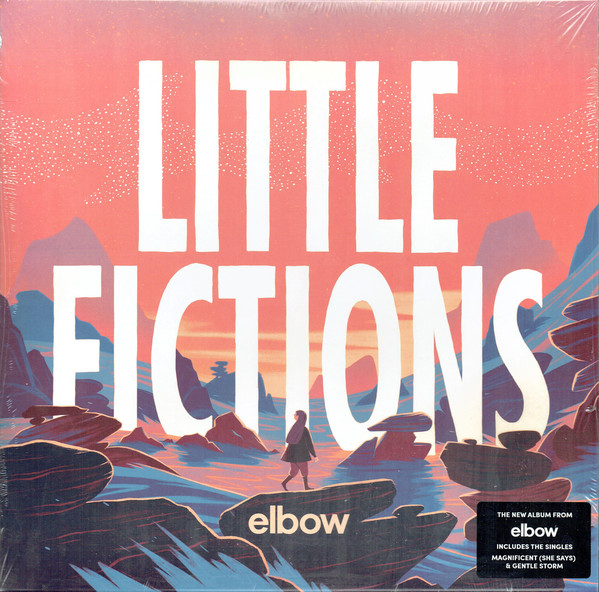 If The Takeoff And Landing Of Everything was Elbow‘s break-up album, Little Fictions is a record about new love and renewal. It is the first without the band’s founding drummer Richard Jupp who left to pursue other projects, which perhaps explains some of the jazzier rhythms on “Gentle Storm” and “K2.” In the years since The Takeoff, Garvey met the woman who became his wife. The album was released about two months before their first child was born, an immense and joyous change reflected in the lyrics of “Magnificent (She Says)” and the eight-minute title track. “All Disco” was inspired by a comment Pixies frontman Black Francis quipped to Garvey about not taking the specifics of things too seriously, “K2” reflects the chaos of the Brexit vote, and the video for “Gentle Storm” features actor Benedict Cumberbatch. 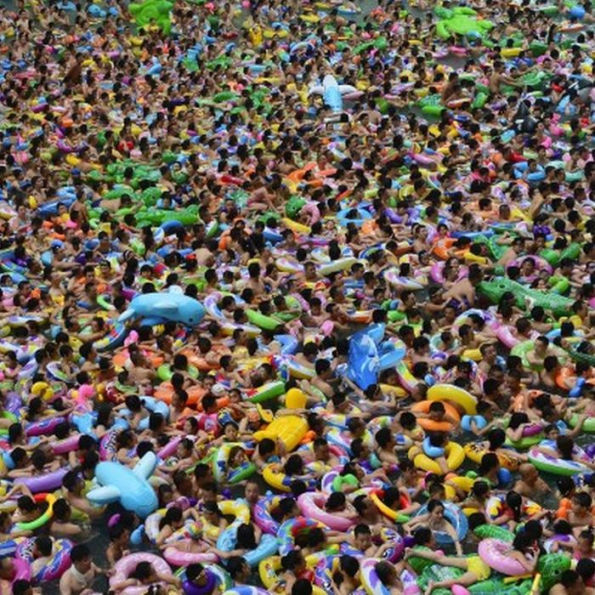 Giants Of All Sizes

The band comes out swinging with distorted guitars and glitchy orchestral clips on this eighth studio album that tackles issues of discord and discomfort at home and abroad. As the band’s native England finds itself further muddied by the chaos of Brexit, Elbow blends a harder alt-rock edge into its signature emotional ambiance. “Dexter and Sinister” kicks things off with a six-minute, two-part musical journey, while “Seven Veils” follows with a poetic ballad. “Empires” is a prog-rock beauty that mirrors personal faults against greater political mess. Hints of the right-wing political wave color the lyrics of “The Delayed 3:15” while “White Noise White Heat” tackles injustice and apathy. It’s the band’s heaviest album yet, in terms of percussion and attitude, though it still swims with moody atmospheres. It’s a strong offering for a band that lives squarely in its own sweet spot for two decades running.

Produced in partnership with Polydor