Fault Radio is a grassroots non-profit organization dedicated to creating a center for modern electronic music and DJ culture in the San Francisco Bay Area. Originally conceived as a pop-up live video streaming platform, it has grown and evolved with the needs of the community to include the production of podcasts, articles, documentaries, music television, record fairs, and educational programs to support the growth of artists and local institutions.

Listenership and viewer base include an international audience, and outreach extends to cities such as Los Angeles, Portland, New York City, Tokyo, and London. However, Fault Radio’s focus remains on the Bay Area, rooted in the belief that the future is local. Today, a unique archive of DJ sets, photos, and interviews represents the brilliance of the Bay Area’s underground and serves to elevate the culture while preserving it for future generations. 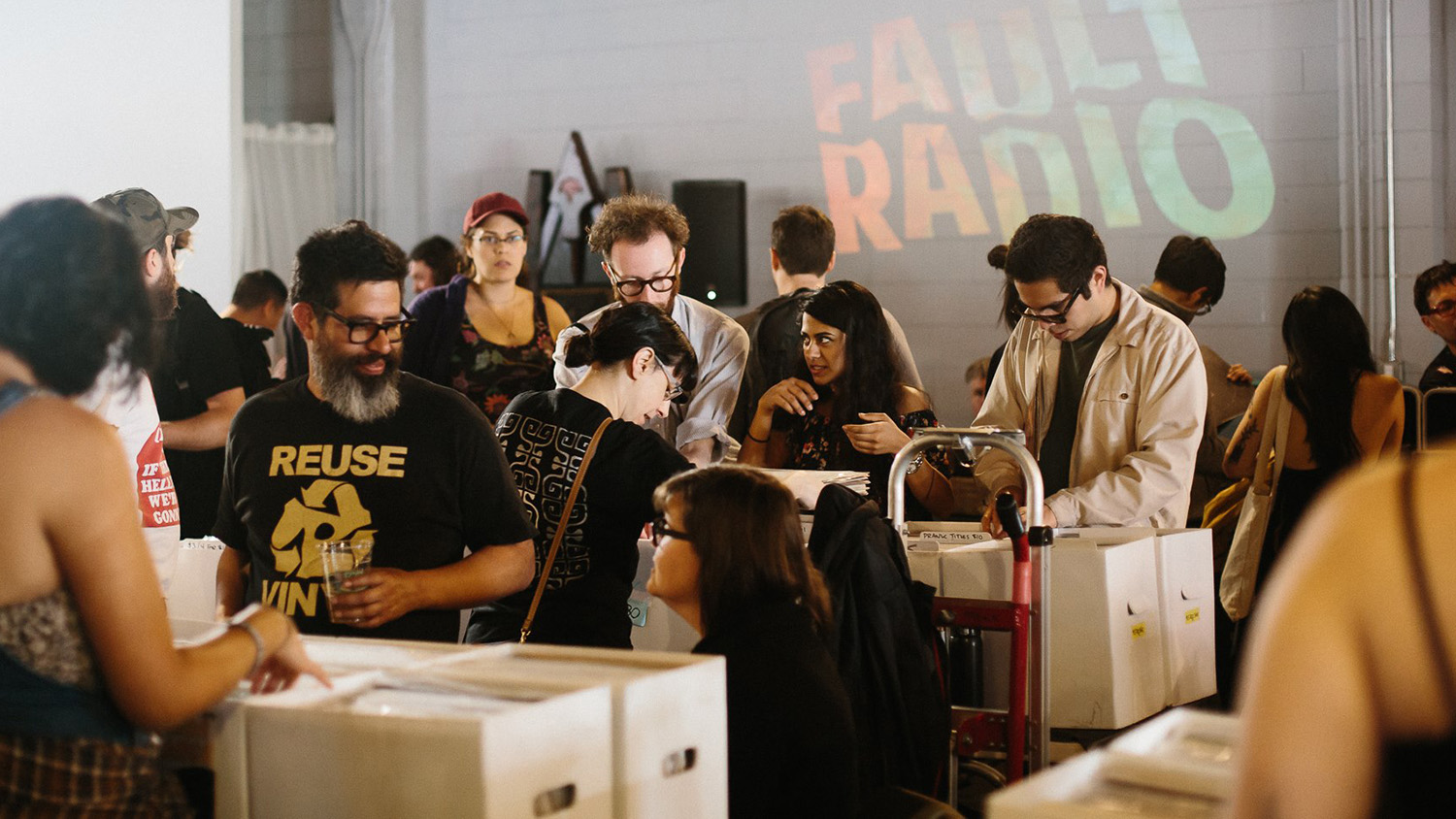 Recently, Fault Radio partnered with other venues in San Francisco for the Revive the Night initiative, which aims to provide relief to independent venues that are at risk of closure due to COVID-19. Fault Radio has also partnered with Discogs for sponsored broadcasts and the production of the annual Shifting Plates Record Fair, Oakland’s biggest record fair. The Bay Area is in love with vinyl records, and being able to work closely with one another helps ensure the decades-long tradition continues to thrive.

Whether it’s broadcasting DJ sets, producing vignettes and shows (like Vinylly with Mike Bee) that support local record stores, or staging record fairs, Fault Radio believes in music and the vinyl format. Take some time to explore Fault Radio’s archive of DJ and live sets and make sure to follow what they’re doing to stay on top of their unique programming, such as Fault TV, a spin on music television.