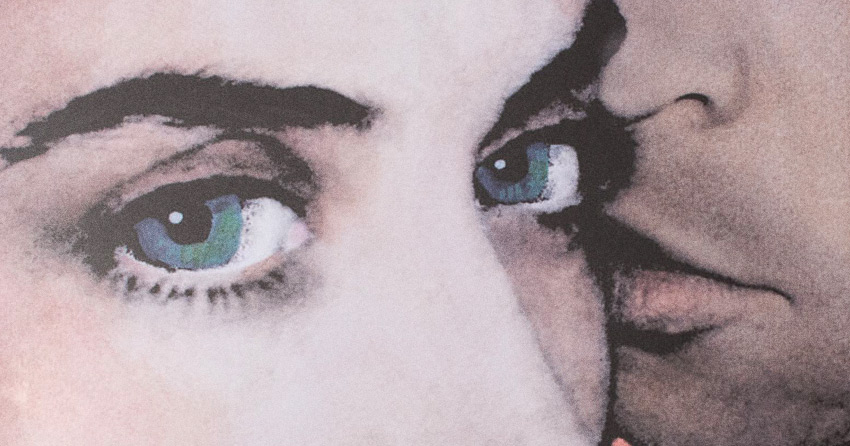 Vinyl Me, Please is celebrating the 15th anniversary of Feist’s sophomore LP, Let It Die, by reissuing the album as their Record of the Month for September. There’s a lot to love about the release, what with 180 gram seafoam green vinyl and an original art print by Santiago Carrasquilla. However, the most striking component might be the reimagined cover artwork. Painter Heather Goodchild’s vibrant pastels are a big departure from the moody red and black photo that appeared on the US edition of Let It Die.

We asked Feist about the history of the cover art, which includes a third version from the original European release a year earlier. She shared three incredibly different stories about how and why the various covers were created, each with its own unique connection to the album.

Let It Die can be seen as a record about inevitability — of hearbreak in particular. The title track’s refrain of “the saddest part of a broken heart, isn’t the ending so much as the start” concedes a distinct type of determinism when it comes to love. The original artwork, on the other hand, is a story of asserting control and agency in a process devoid of both. “I don’t believe I chose Anette Aurell,” Feist reminisced about the photographer who shot the cover in France. “But I was impressed by her and grateful for her friendliness when we first met. I remember she had just flown in from NYC on an overnight, and I couldn’t believe she was up to shoot that day.”

At the time, Feist hadn’t been too involved in the music industry’s machinations. “In fact, that may have been my first shoot with a professional photographer,” she said. “I didn’t make the big decisions of who or where at that point, but I was already secure in fighting for what to do with my body and how.”

There weren’t plans for how to shoot the photo, but a trip to the chalk cliffs of Étretat in Northern France was on the books. The destination, by the way, was also someone else’s idea. Once there, the balance of power tipped in Feist’s favor. “I remember I had brought the quilt from my bed and wanted to lay in the long grass with it. And to let the wind whip me around. I was much more comfortable in the wind and the elements than I was in a static white studio.”

That session resulted in a wistful image typifying the complexity of Let It Die. But once it came time for a US release, her stateside label (Cherrytree) “wanted a photo that showed my face rather than just grass laying.” The request for new artwork eventually led to something much more directly tied to the album’s themes.

“My memory is foggy,” Feist admitted, “but I think I had a Polaroid of my boyfriend at the time and I – Chris Murphy from Sloan – wadded up in my backpack or something. A lot of the album was inspired by our time together, so maybe allowing that photo to become the new cover was a kind of symbolic swan song.”

Years passed, and Feist’s career continued to blossom. Let It Die faded further into the distance. Until it was time to talk about revisiting the album, which presented a new opportunity and a new visual story to tell. “The reissue was a chance to look at and think about the record which had long since become a piece of my past,” Feist said. “A re-release, a chance to tie a bow around a time, all that it meant to me and to try to remember the context of the people and place that made it be what it was.”

Time turns the hard lines of a photograph into a gossamer-tinged haze, causing details to “get fainter with distance from the actual occurrence,” as Feist explained, paving the way for Goodchild’s “photo-real, but more cinematic” take on the US artwork. “I had an idea to re-enliven the photo, as in ‘let it live.’ The heaviness of that red and black cover didn’t feel true anymore. I sing many of those songs live and they don’t hold an ounce of red and black polaroid in them anymore, they’re more in the coral and fresh technicolor memory realm now.”