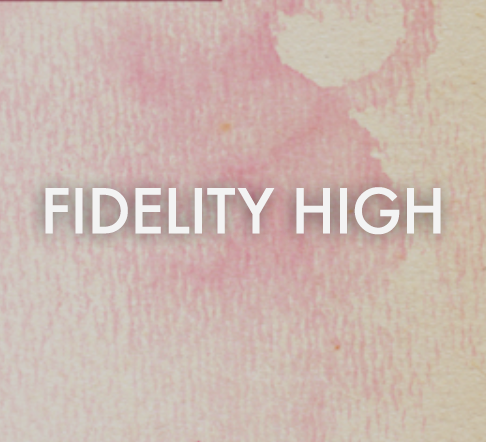 “We’re all in this together.”

This sentence applies to whenever you did one of those group essays back in high-school – you should be annoyed by those memories already if you were the one who always did everything – or when speaking about the shared passion of the Discogs community in building the largest physical-music database in the world. So, where am I going with all this? Well, a while back we were talking to Brady Brock and Erick Jordan from Fidelity High and a thought crossed our minds; our community would love their podcast!

Fidelity High is an extremely addictive – don’t say we didn’t warn you – podcast that features artists showcasing a favorite or particularly important record in their lives. Don’t you normally spend thousands of hours recommending music to your friends? Well, this is basically the same concept, except your friends probably aren’t Wayne Coyne, Alice Cooper or Ian MacKaye.

Episodes have ranged from Tom Morello discussing the impact of Bruce Springsteen’s Nebraska and Never Mind The Bollocks, Here’s The Sex Pistols had on him as a teenager to Alice Cooper on Laura Nyro’s Eli & The 13th Confession and its influence during the early days of the Alice Cooper group, to DJ Shadow discussing his adolescence and cutting his teeth as a DJ under the influence of Public Enemy’s It Takes A Nation Of Millions To Hold Us Back. Other guests have included Sylvan Esso, Ian MacKaye of Minor Threat & Fugazi, Rufus Wainwright, Sam Beam of Iron & Wine, Steve Albini, Thundercat, Steve Earle, Gordon Gano of the Violent Femmes, Lee Ranaldo of Sonic Youth, Patterson Hood of Drive-By Truckers, Ronnie Spector of the Ronettes and many more.

In their latest installment, they spoke with the wonderful singer-songwriter Benjamin Booker about a record that has influenced his whole career: TV On The Radio’s ‘Return To Cookie Mountain‘. You can enjoy it here:

If podcasts are your thing, we highly recommend you explore past episodes of Fidelity High. You can find their entire catalog of podcast episodes on their website here.

And that’s not all! Fidelity High is also a weekly free-form radio show broadcast via WXNA 101.5 FM in Nashville, TN on Monday evenings from 6-8pm Central.  In addition to the radio in Nashville, the show can be streamed live and via its archive at wxnafm.org.

Want to join the passionate community of music lovers at Discogs?
Sign up for an account to track your record collection, start a Wantlist and shop for thousands of musical releases.