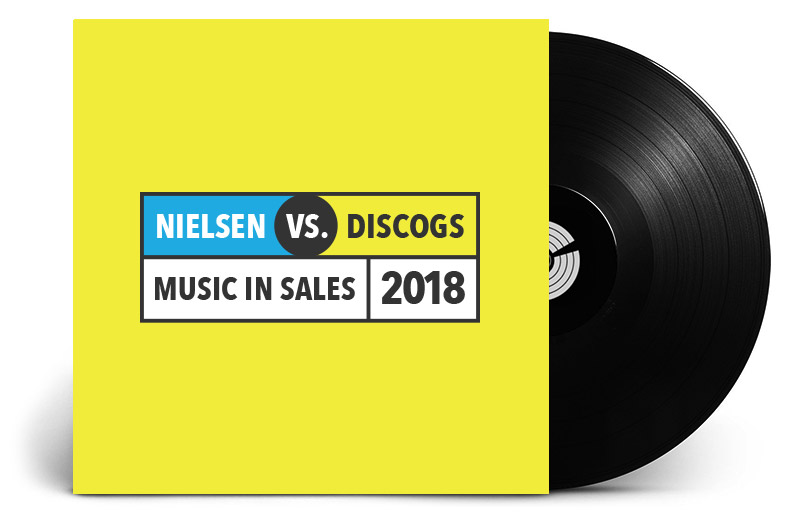 Our obsession with data knows no limits. And working for Discogs means having access to all the data we can possibly want. The Discogs Mid-Year Report is the perfect chance to pick out some different music trends halfway through 2018. And we learned quite a bit from 2018’s Mid-Year report, so let’s break down some interesting facts and one conspiracy theory that has us in full detective mode.

The Dark Side Of The Moon is the Discogs Community BFF

For another year, Pink Floyd’s The Dark Side Of The Moon is the number 1 in all these categories:

Even though genres like Classical (+37.82%) and Latin (+35.07%) have seen a sizable year-over-year increase in sales. Rock and Electronic item sales still represent a bigger percentage of sales than all other genres put together.

A few days ago we read the news that the Eagles’ Greatest Hits Surpassed Michael Jackson’s Thriller as Best-Selling Album. We found this strange, as it did not appear in the 2018 Mid-Year Report and has failed to appear in our monthly Top 50 Most Popular Albums lists. Weird, huh? Meanwhile, Michael Jackson’s Thriller is solidly in the #2 spot for most popular album, while Eagles’ Hotel California doesn’t even break the top 15. So there are two possible scenarios:

We are not going to judge, we’ll let you do that!

The Discogs Marketplace Has No Equal

Just by checking the Top 10 New Album Sales, you can see how different it looks from Billboard’s Top 200:

It’s refreshing to see the latest releases by Sleep, Khruangbin, or The National being up there. And the same goes for reissues! The Discogs Community never disappoints and 2018 is no exception. Discogs users have refined music tastes, especially when you look at the unique release variants that are popular.

The Comeback of Cassettes is Real

While we know that the community loves to hate this format, it’s impossible to deny that cassettes are currently selling better than any other year since their demise. This year, 35.19% more cassettes have been sold on Discogs compared to 2017 and it doesn’t seem like this trend will slow down anytime soon.

Find these and many more interesting stats in our Music Sales in 2018: Discogs Mid-Year Marketplace Analysis & Database Highlights