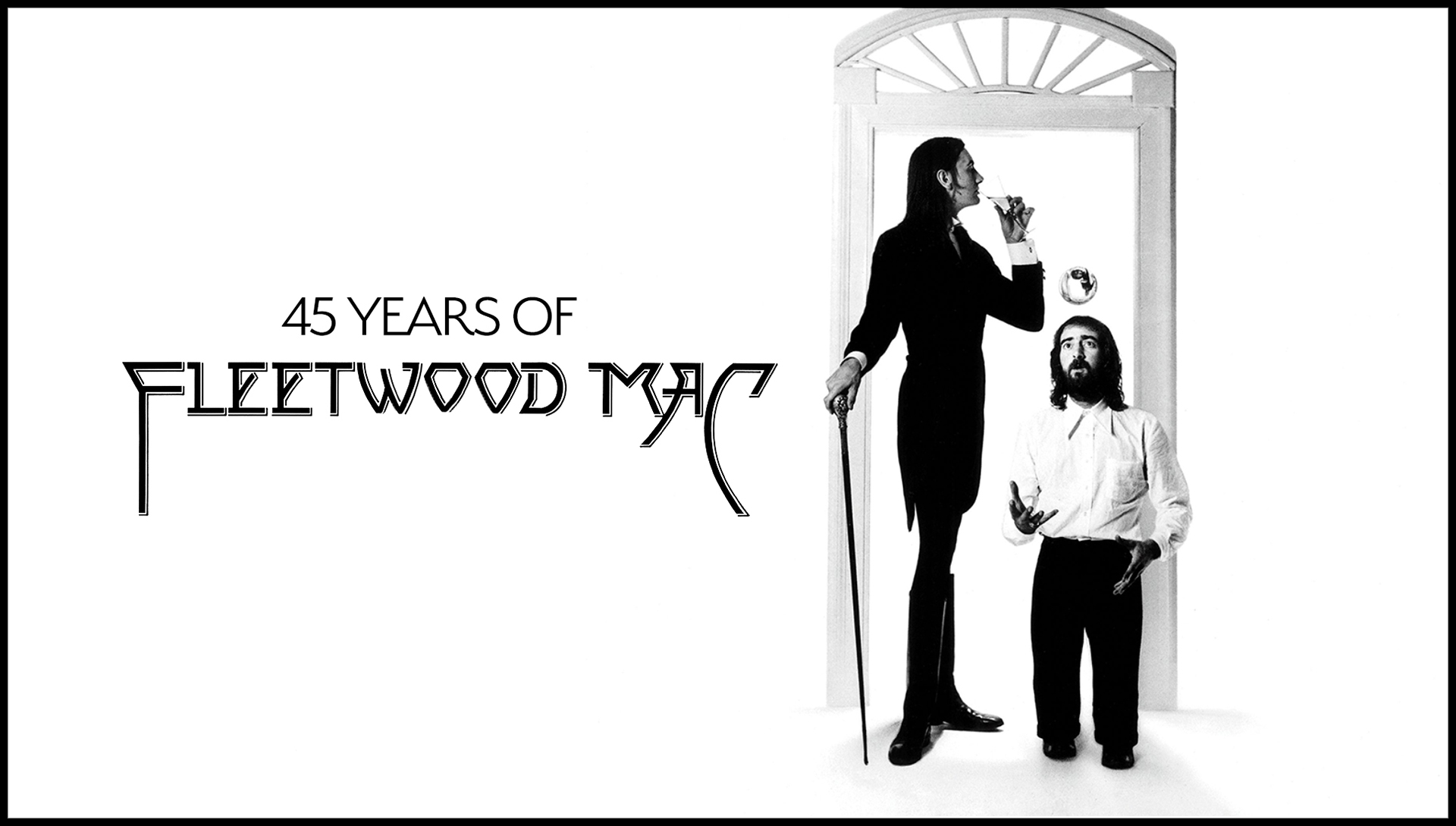 It’s hard to convey just how little anyone cared that Fleetwood Mac was releasing another record in 1975.

Not that the band wasn’t popular, kind of. It had its fans but had also changed its lineup nine times since forming in 1967 and completely altered its original sound. 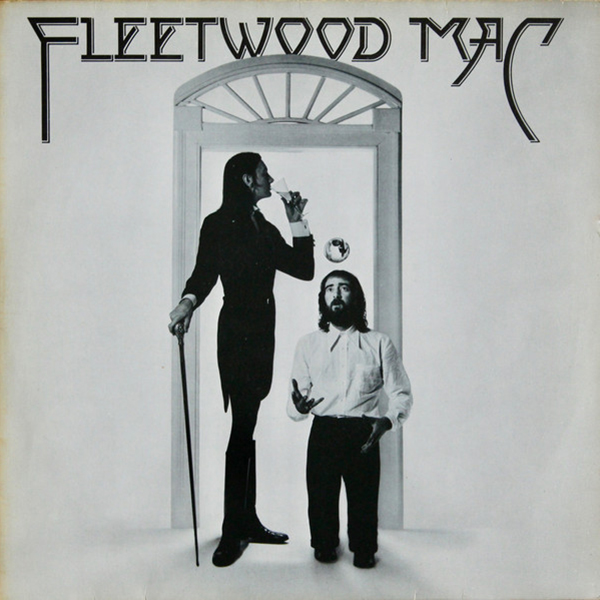 Those into the band’s bluesy early years had long since moved on; there were plenty of generic blues-rock bands to keep that bunch happy. Fleetwood Mac’s shift in the early 1970s to a more pop-rock sound, led by the addition of Bob Welch and promotion of Christine McVie to full-time status, had proven largely unremarkable.

By 1975, Fleetwood Mac was the very definition of a journeyman band, sustained by the dogged determination of founding members Mick Fleetwood and John McVie, Christine’s husband. Fleetwood, especially, was a survivor. After the band relocated from England to California in 1974 at Welch’s urging, only to then quit, Fleetwood simply began looking for new members. What else was he gonna do?

When Fleetwood Mac was released on July 11, the album barely registered — this despite the fact that its first 60 seconds are infinitely better than 95% of the band’s previous five records.

Few had heard of Lindsey Buckingham and Stevie Nicks, the duo Fleetwood dug up. They had released one album as Buckingham Nicks that quickly moved to the cut-out bins, and their hiring didn’t move the needle nationally. Another day, another lineup.

And when Fleetwood Mac was released on July 11, the album barely registered — this despite the fact that its first 60 seconds are infinitely better than 95% of the band’s previous five records.

“Monday Morning” not only signals a new sound but is the template for the Buckingham-and-Nicks version of Fleetwood Mac, but it’s also a Buckingham song about romantic obsession and rejection, love as a terminal condition.

It arguably should have been the first single, but Reprise Records played it safe by releasing a Christine McVie song — she was a familiar voice to Mac fans. The thing is, McVie also sounds rejuvenated by the new lineup and “Over My Head” was the best thing she had written to that point. The first Nicks song to appear on the album is “Rhiannon,” which hasn’t lost a bit of its nearly holographic intensity.

But no one was buying the record so it was all a moot point. It took months of touring to get the word out, one city at a time, and eventually “Over My Head” began getting steady airplay. “Rhiannon” had become a highlight of the stage show, with Nicks in full Welsh witch mode, and by the time it was released as a single in February of 1976, Fleetwood Mac was picking up steam.
It took more than a year for the album to hit No. 1 on the Billboard albums chart, at which point you were hopelessly uncool if you didn’t already own it. FM radio, which was still comparatively free-form, was by then playing nearly half of the songs in regular rotation and Fleetwood Mac was headlining arenas. Nicks was breaking the hearts of schoolboys nationwide.

The album is now widely acknowledged as a classic, but why did this line-up click when others had been merely competent to pretty good? The obvious answer is that both Buckingham and Nicks are outstanding songwriters, and Buckingham’s almost insane attention to detail in the studio did nothing but enhance McVie’s songs. More elusively, the album’s a strong argument for synergy and chemistry, even when that chemistry is toxic. 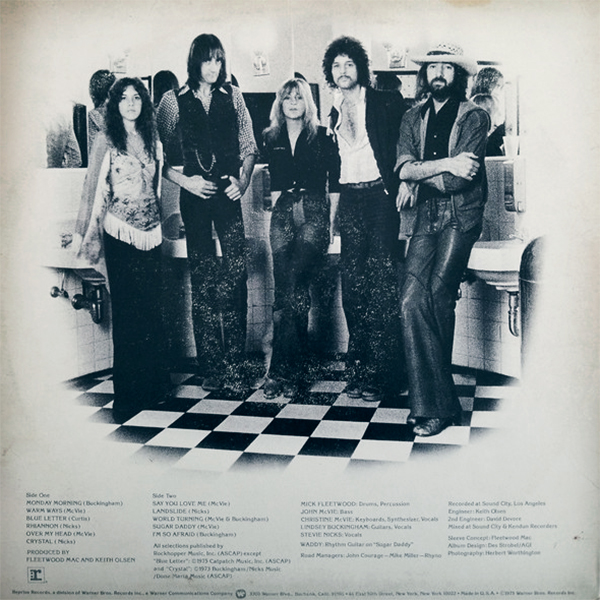 Who knows what went on in those rehearsals and the studio? We do that the McVie marriage was on the rocks (they’d later divorce), Buckingham and Nicks were constantly at each other’s throats as lovers, and John McVie resented Buckingham’s alpha-maleness. Fleetwood was, at the moment, free of serious romantic strife but was once again responsible for a band not only in transition but in turmoil.

Fleetwood Mac was also a perfect storm of veterans and relative newcomers. The band had been getting radio play in the years leading up to Fleetwood Mac — a nice Welch song from 1973 called “Hypnotized” still popped up from time to time — so Fleetwood Mac’s lingering reputation likely ensured a few listens and the newly energized lineup eventually did the rest.

Someone no doubt saw the headline for this article and went straight to the comment section to write “Peter Green’s Fleetwood Mac was the superior band.” No, it was just another English blues-rock band with a couple of exceptional guitarists, while the Welch Fleetwood Mac always seemed uncomfortable in its own skin.

So did the songs. Check out this lineup that begins the record: “Monday Morning,” “Warm Ways,” “Blue Letter,” “Rhiannon,” “Over My Head,” “Crystal,” “Say You Love Me,” “Landslide” and “World Turning.” That’s nine stellar tracks in a row for a band that had been struggling just to land one stellar track on previous albums, and six of those songs are still heard on classic rock radio stations. The closers, “Sugar Daddy” and “I’m So Afraid,” are fine but a decided drop-off from the greatest hits album that precedes them; if nothing else, their placement proves that the band knew how to sequence a record.

Buckingham and Nicks brought a breezy SoCal vibe to Fleetwood Mac that likely struck a chord with a mass audience because West Coast pop was huge at the time; soft rock, what we now call yacht rock, and the rock/folk/country blend coming out of the Laurel Canyon singer-songwriter scene were both dominant. Christine McVie also brought her English Top 40 sensibilities to the mix, ultimately creating a sound that was warmly familiar and yet fresh. It just worked.

Someone no doubt saw the headline for this article and went straight to the comment section to write “Peter Green’s Fleetwood Mac was the superior band.” No, it was just another English blues-rock band with a couple of exceptional guitarists, while the Welch Fleetwood Mac always seemed uncomfortable in its own skin.

But Fleetwood Mac is a statement, almost defiant in the way that it celebrates resilience and change. It’s also the blueprint for Rumours, released in 1977 to near-hysterical adulation. The turmoil lurking behind the first album was full-blown, cocaine-fueled warfare by the second, but the band again harnessed betrayal, resentment and paranoia to make Rumours one of the most popular pop albums of all time — 45 million copies sold and counting compared to 7 million for Fleetwood Mac (it remains one of the most-collected albums on Discogs).

Rumours is, without question, the better album, but Fleetwood Mac has the kind of charm and exuberance that never gets old and never will. It’s the sound of a band being reborn.