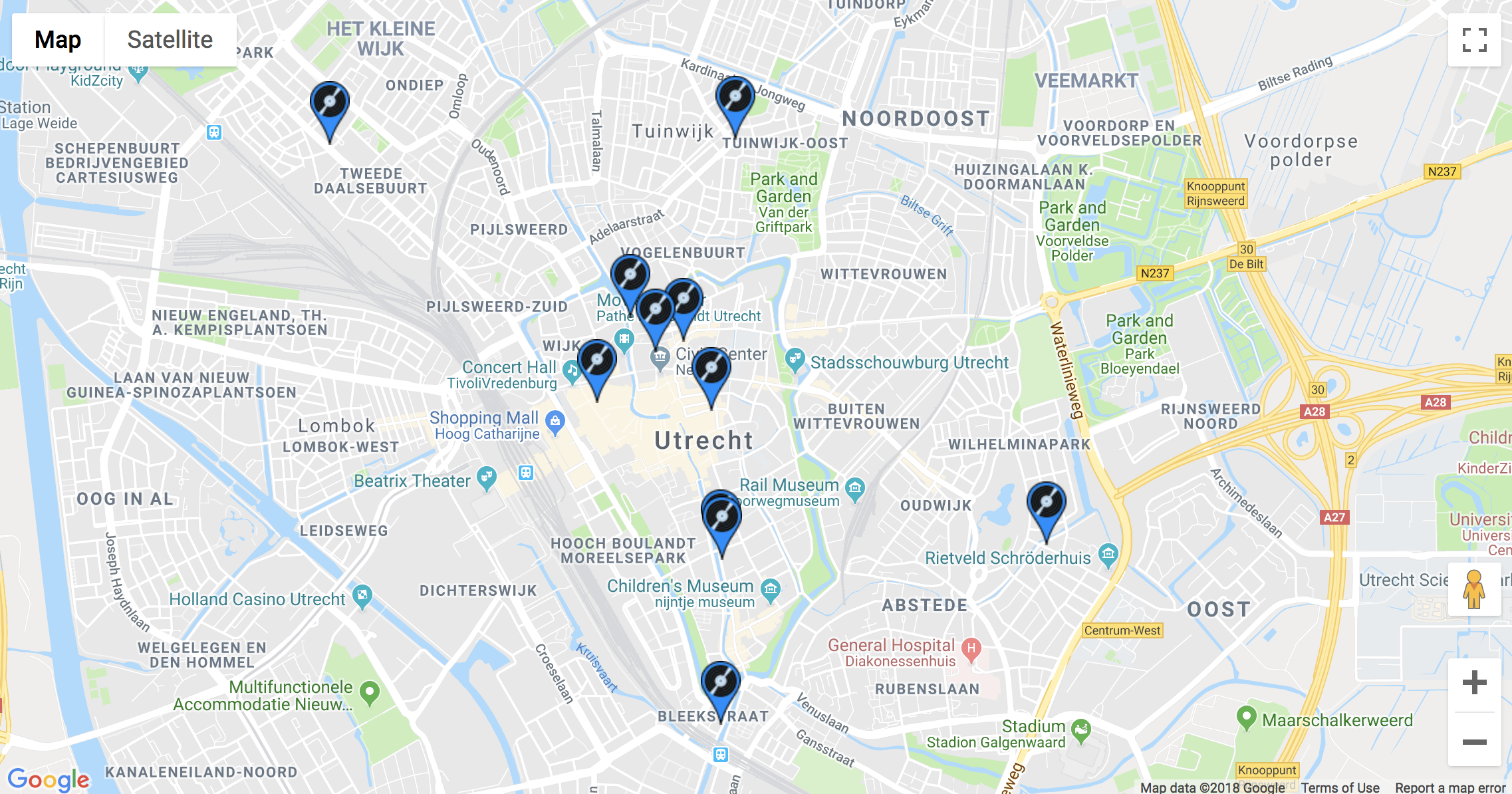 Utrecht is known for the Dom tower, the terraces on the wharves around the canals, and Dick Bruna’s famous creation Nijntje (Miffy). And twice a year, the city of Utrecht turns into the record capital of the world. In April and November thousands of record collectors travel to the center of the Netherlands to visit the Mega Record & CD Fair in the Jaarbeurs Convention Centre. But what about Utrecht Record Shops? What happens during the rest of the year?

Wanting to find out, we visited all the records shops in the Netherlands’ 4th biggest city. With this guide, you’ll know where to go if you arrive in Utrecht a few days before the fair! 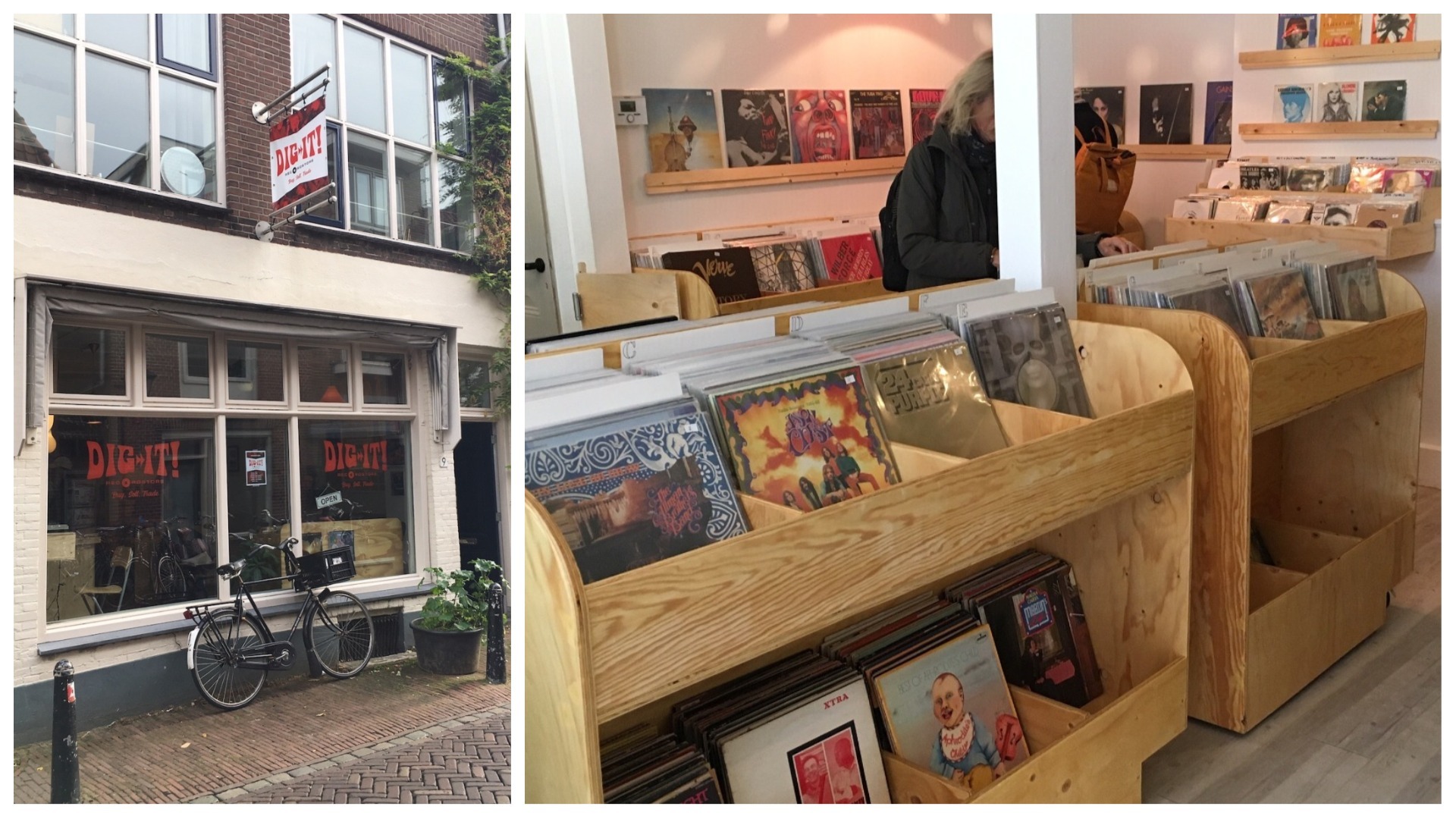 Before opening the newest record shop in town in September 2018, owner Bert Tiggelers spent 4 years selling books and records at the Vredenburg market in the center of town. Dig It! is located in a bright space, only a short walk from Neude square. The shop stocks some new, but mostly second hand releases in every genre you can think of. They don’t sell online (yet), so you’ll have to find out what’s on offer, in store! 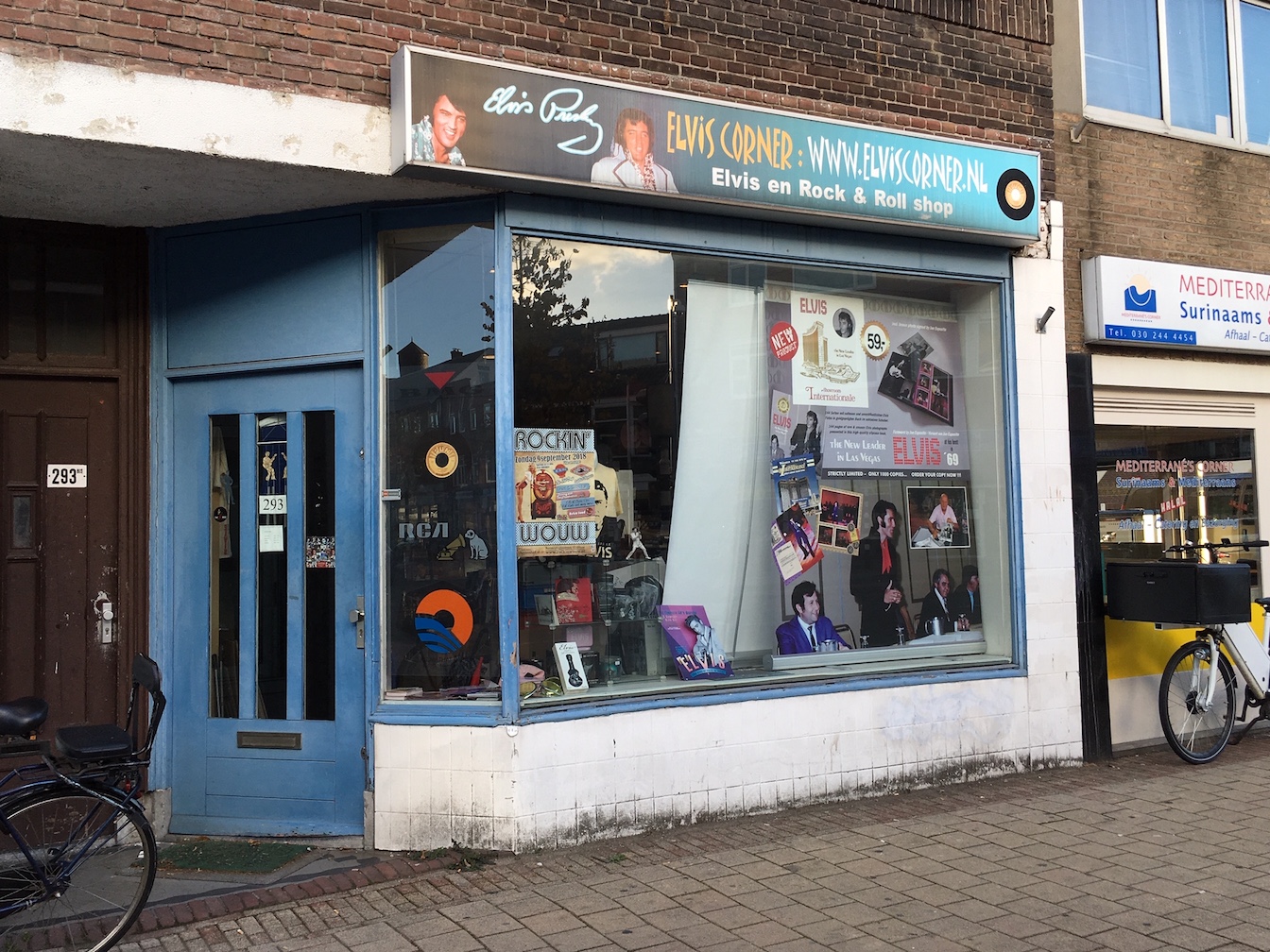 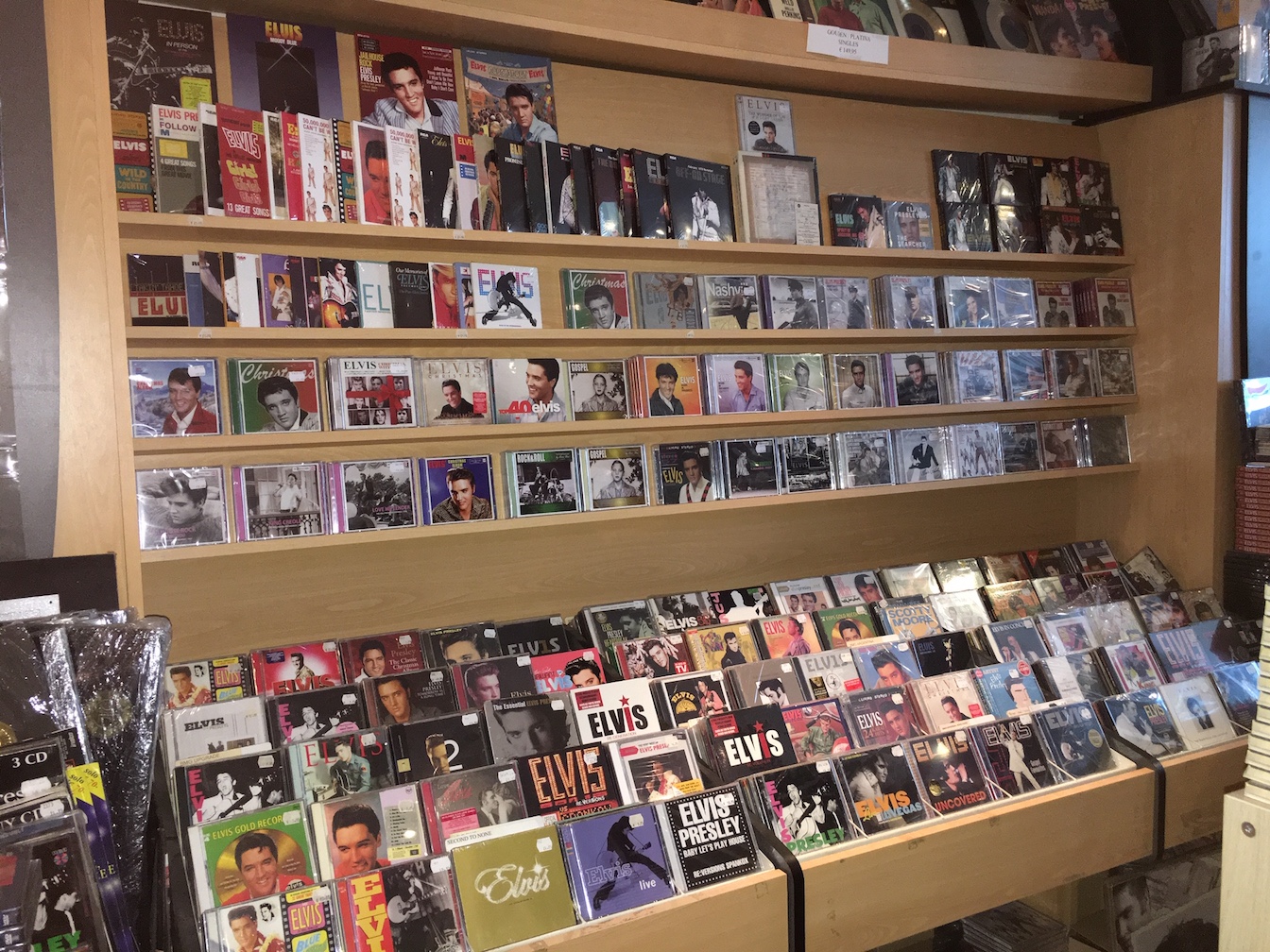 If you are into Elvis Presley, you probably already know about this shop dedicated completely to The King Of Rock & Roll. The owner, a big Elvis fan himself of course, had a webshop, but opened the brick & mortar shop in 2005 because he got so many requests from people who wanted to come and see all the items in real life. When I was there, he had just acquired a large collection so the space was narrow and filled to the brim with CDs, box sets, vinyl records (new and second hand), memorabilia, gifts, souvenirs etc. An incredible selection! 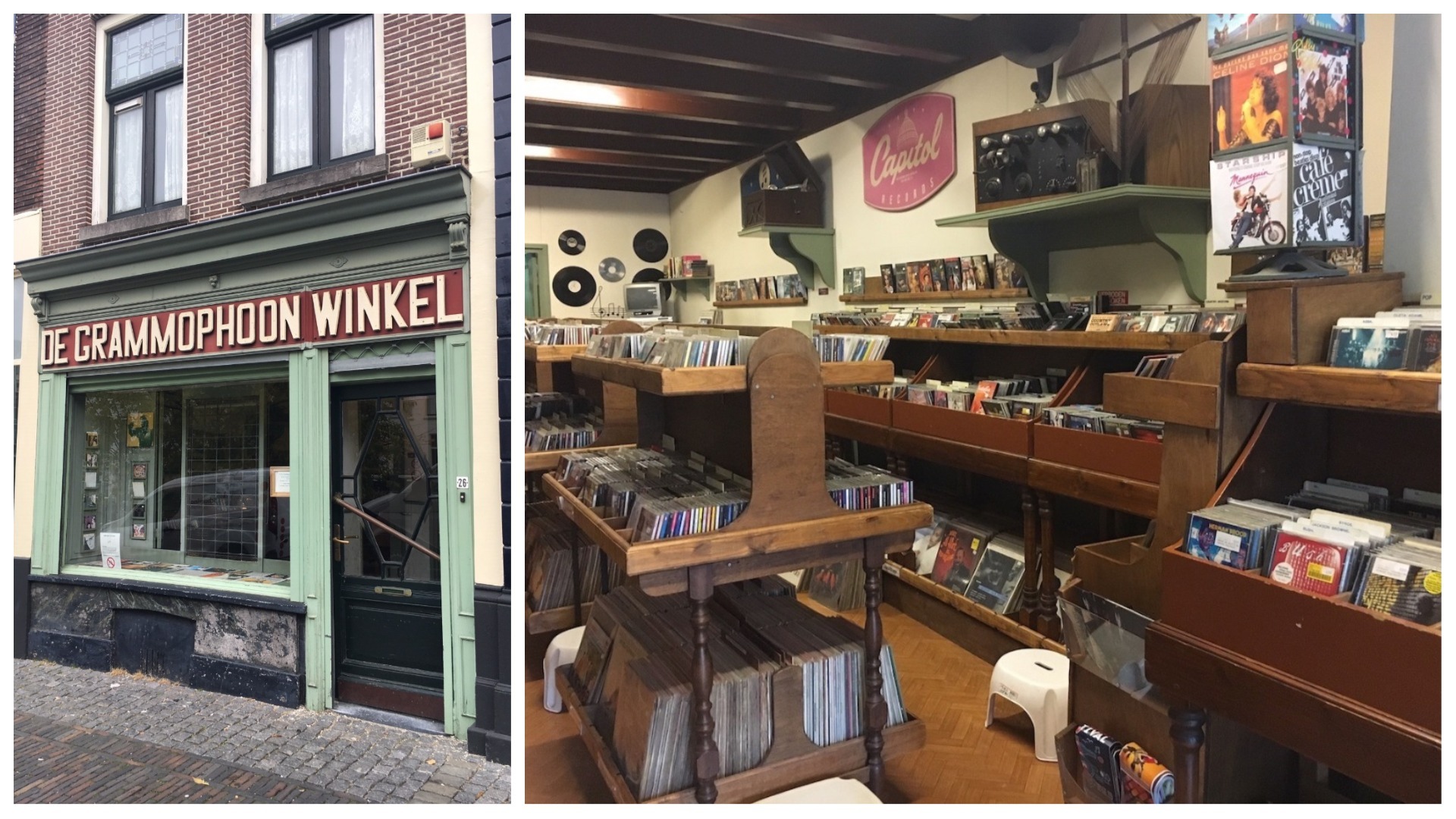 One of the oldest record shops in Utrecht, De Grammophoonwinkel has been around since 1972. The owner started the shop 46 years ago and walking into the shop is like stepping back in time, with walls lined with wooden cabinets and many different types of gramophones on display (those are not for sale!). You can find some new reissues and browse the many second hand records, CDs and DVDs. Keep in mind that you can only pay with cash here, so come prepared :) 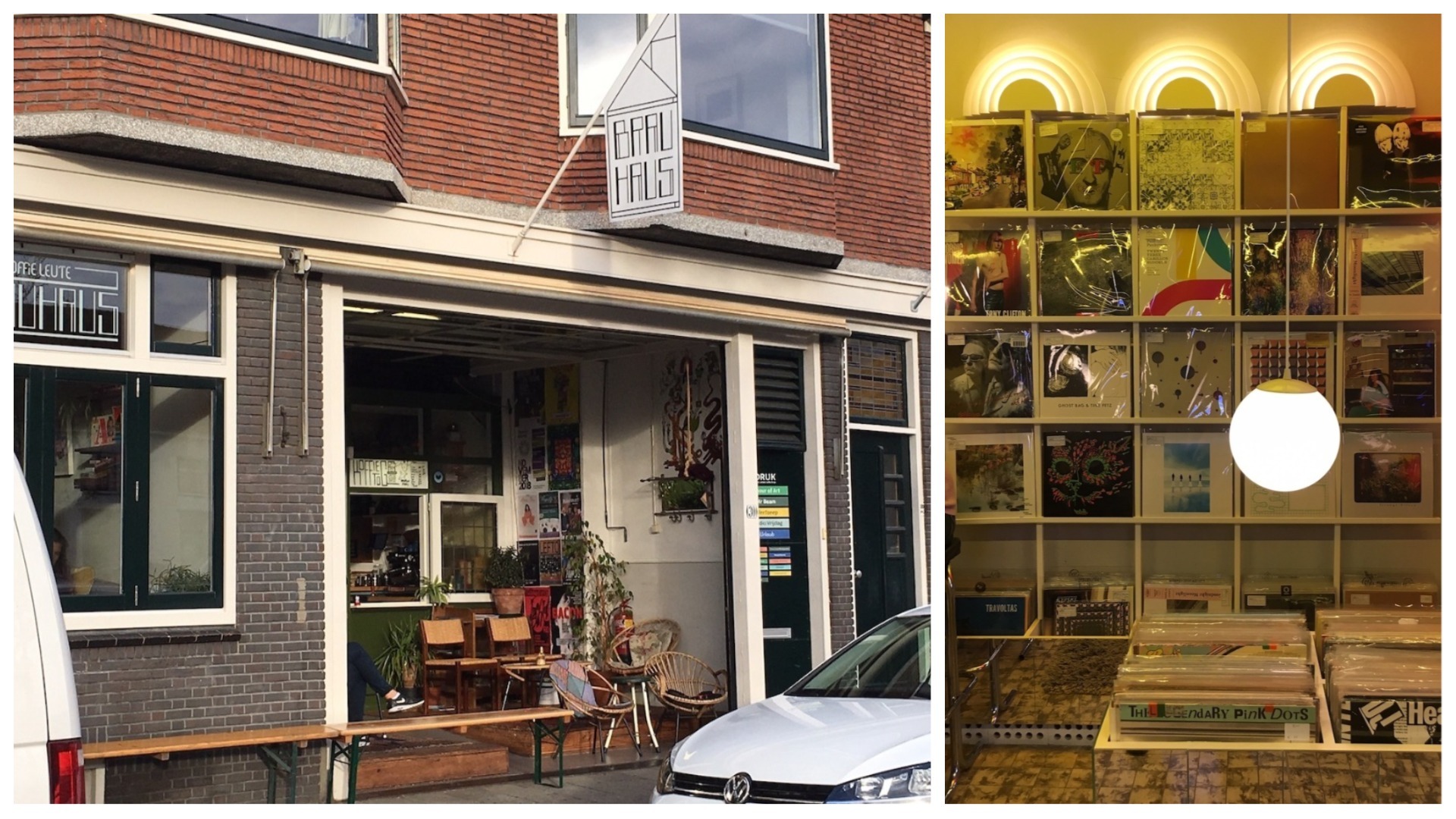 Koffie Leute coffee house has been pouring black gold for over 3 years. After recently expanding their space, they added room for that other black gold: You can now lay your hands on a curated selection of indie and electronic records, released on Dutch labels only, some of which only on cassette. There are a few bins with second hand records of all genres and labels as well, and a nice listening table which will allow you to discover some Dutch gems while sipping on a Slow Coffee. 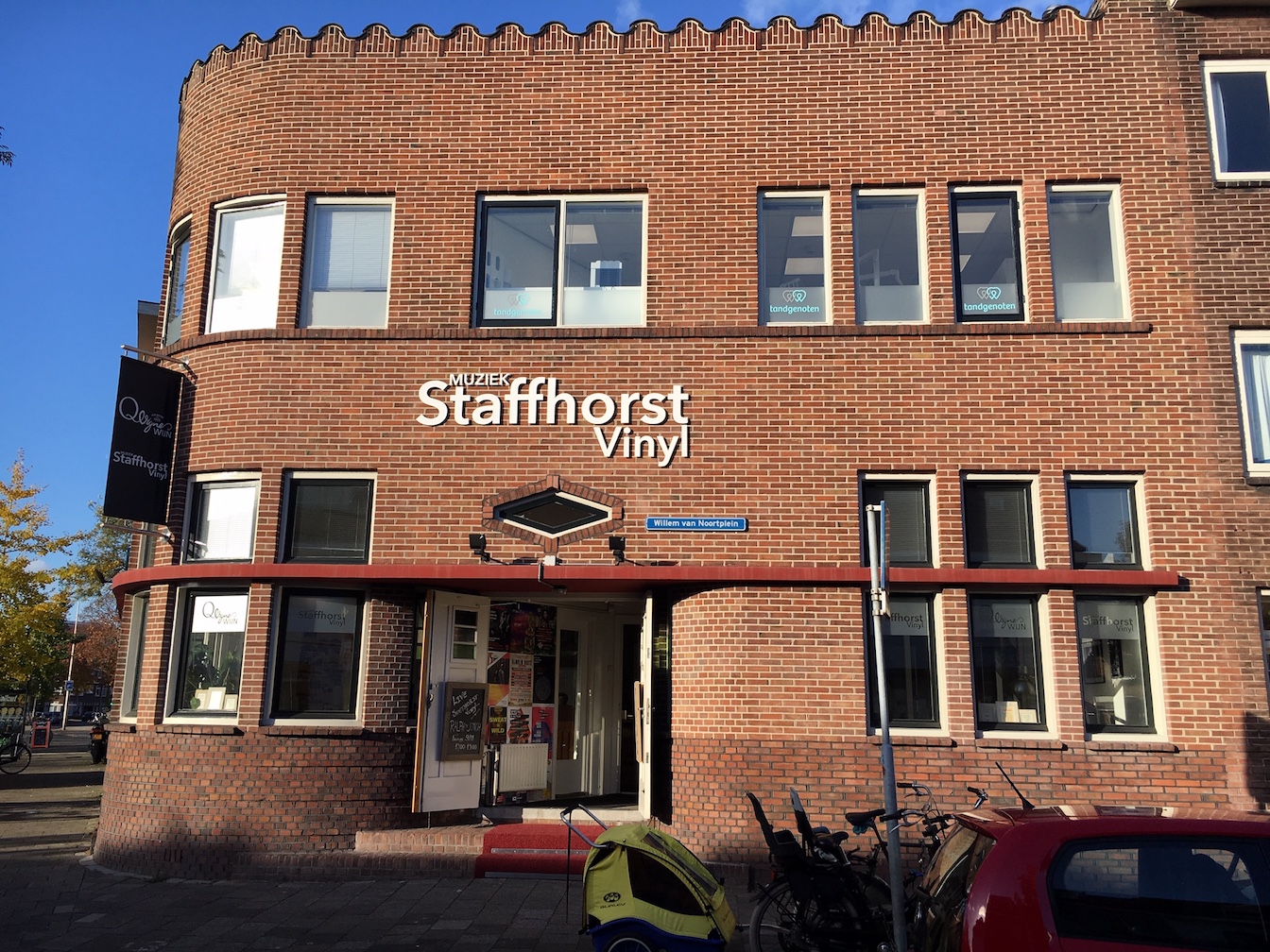 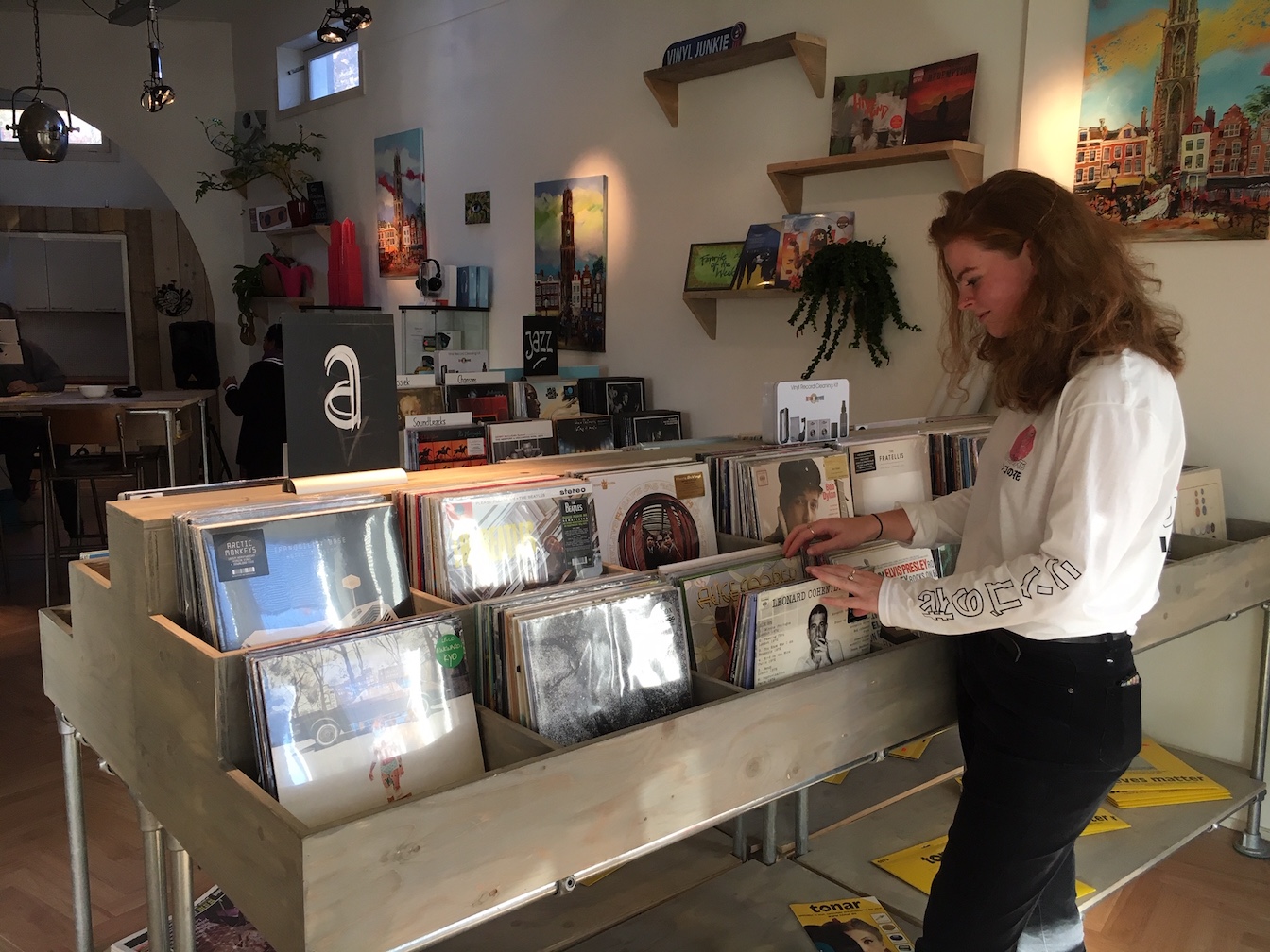 Opened in 1937, Muziek Staffhorst was THE place to go for audio gear and music in Utrecht for decades. The massive shop closed in 2013, but Martin Staffhorst, grandson of the founder, opened a new record shop just over a year ago. You can find new vinyl, various exhibitions and a Monks record cleaning machine on the ground floor. The basement is dedicated to second hand records. Every Friday between 5-7PM there’s live music in collaboration with the wine shop next door. And things have come full circle: On Thursday evenings they bring their cargo bike with records and a turntable to De Utrechter, a bar in the center of town, which is located in the building where the old Muziek Staffhorst used to be. 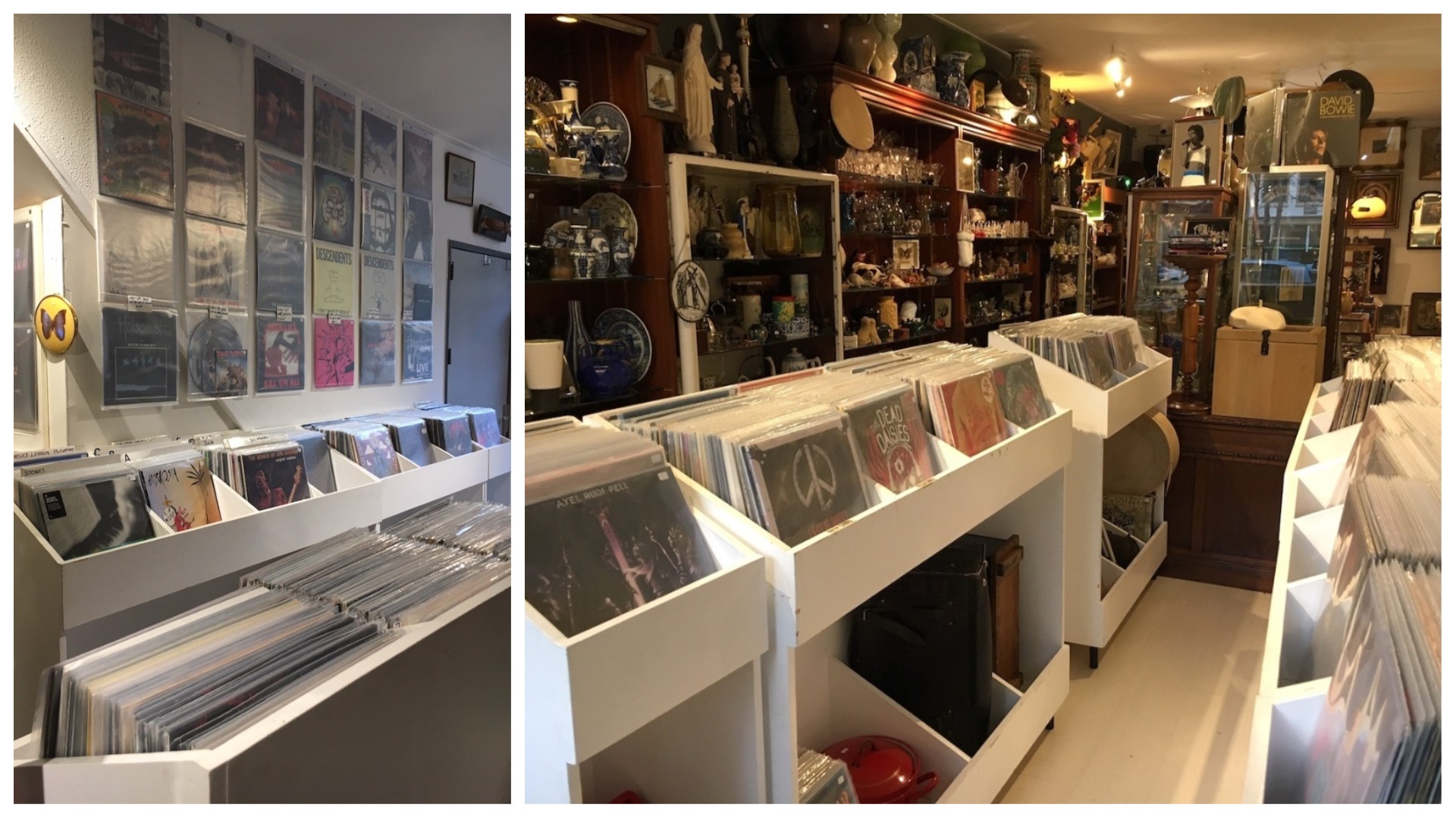 This is what you would call a hidden gem: While researching all the shops in Utrecht, several people told us to make sure to visit this antiques shop, which dedicates half of its space to vinyl records. When we were there, most of those records were still sealed and selling at second hand prices. But the stock changes constantly and usually contains more second hand items. The owner selects them on quality of their condition and prices them to sell: “It is a record shop, not a record museum”. 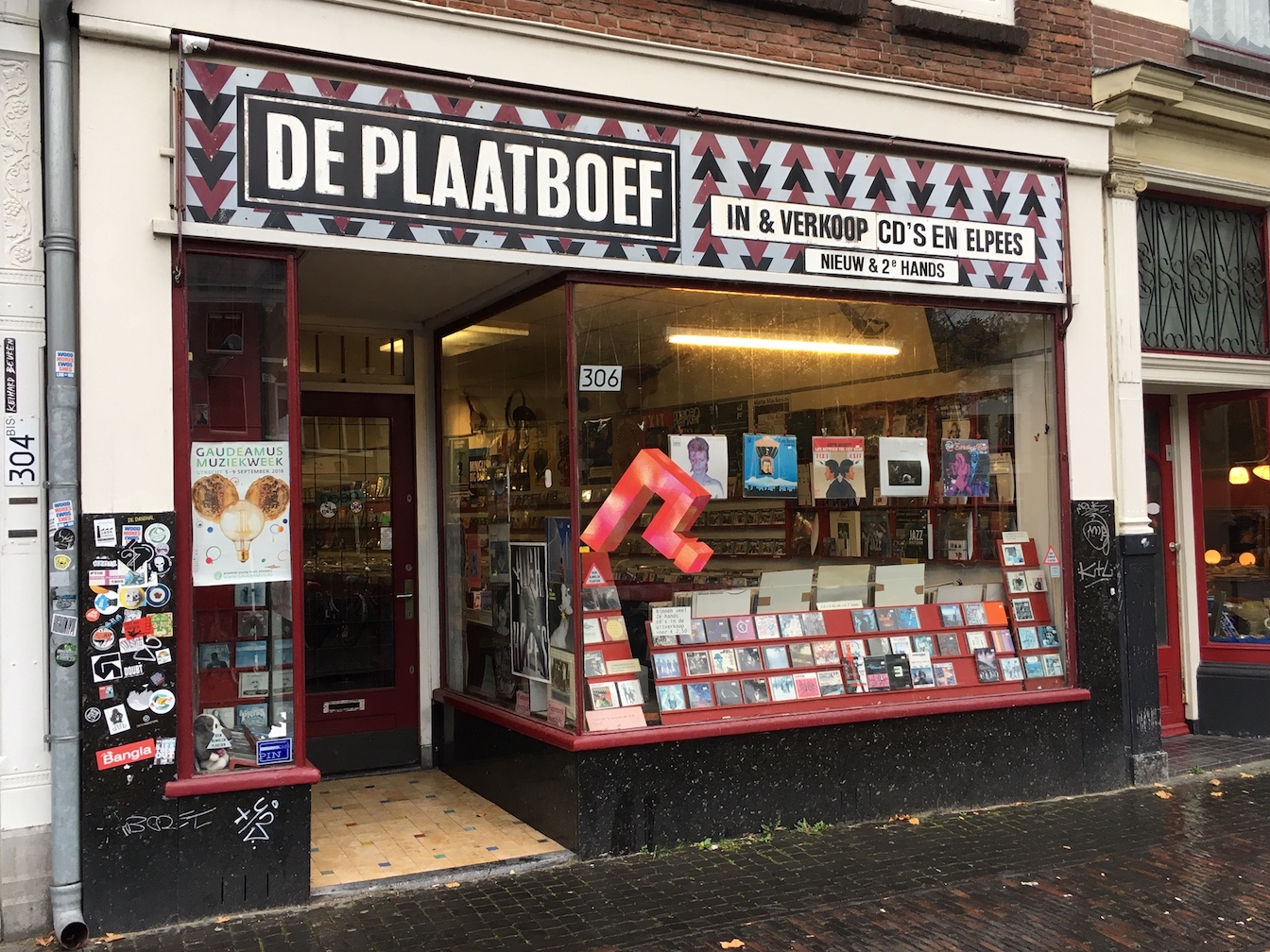 De Plaatboef has been around for 34 years. They have a large selection of new and second hand CDs downstairs, as well as music DVDs (new and second hand) and films on DVD (second hand). You can find a few bins of vinyl records on this floor, while upstairs is dedicated fully to vinyl records. If you can’t find what you’re looking for, ask the owner: he dug out some Wantlist gems while we were there :) 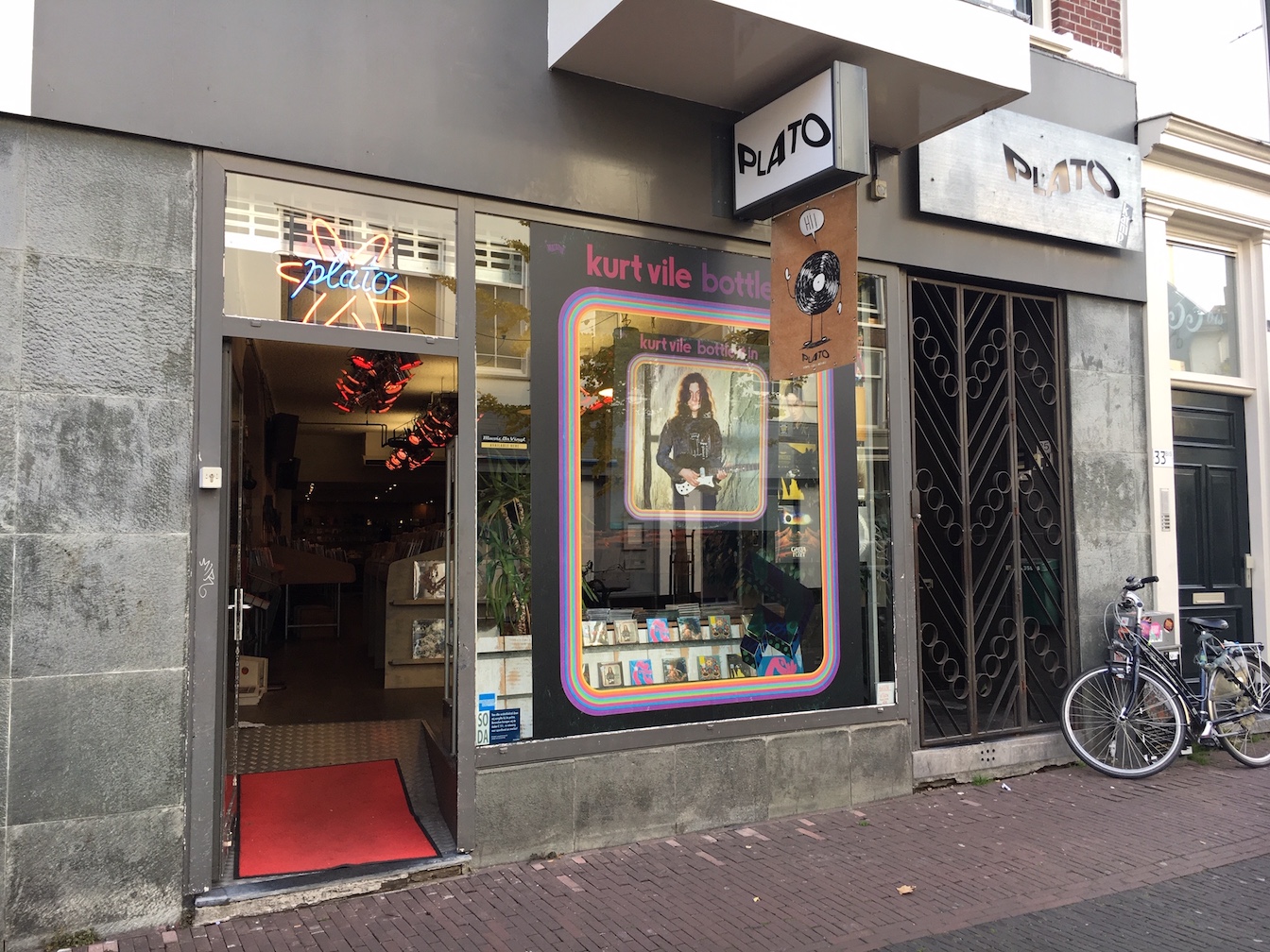 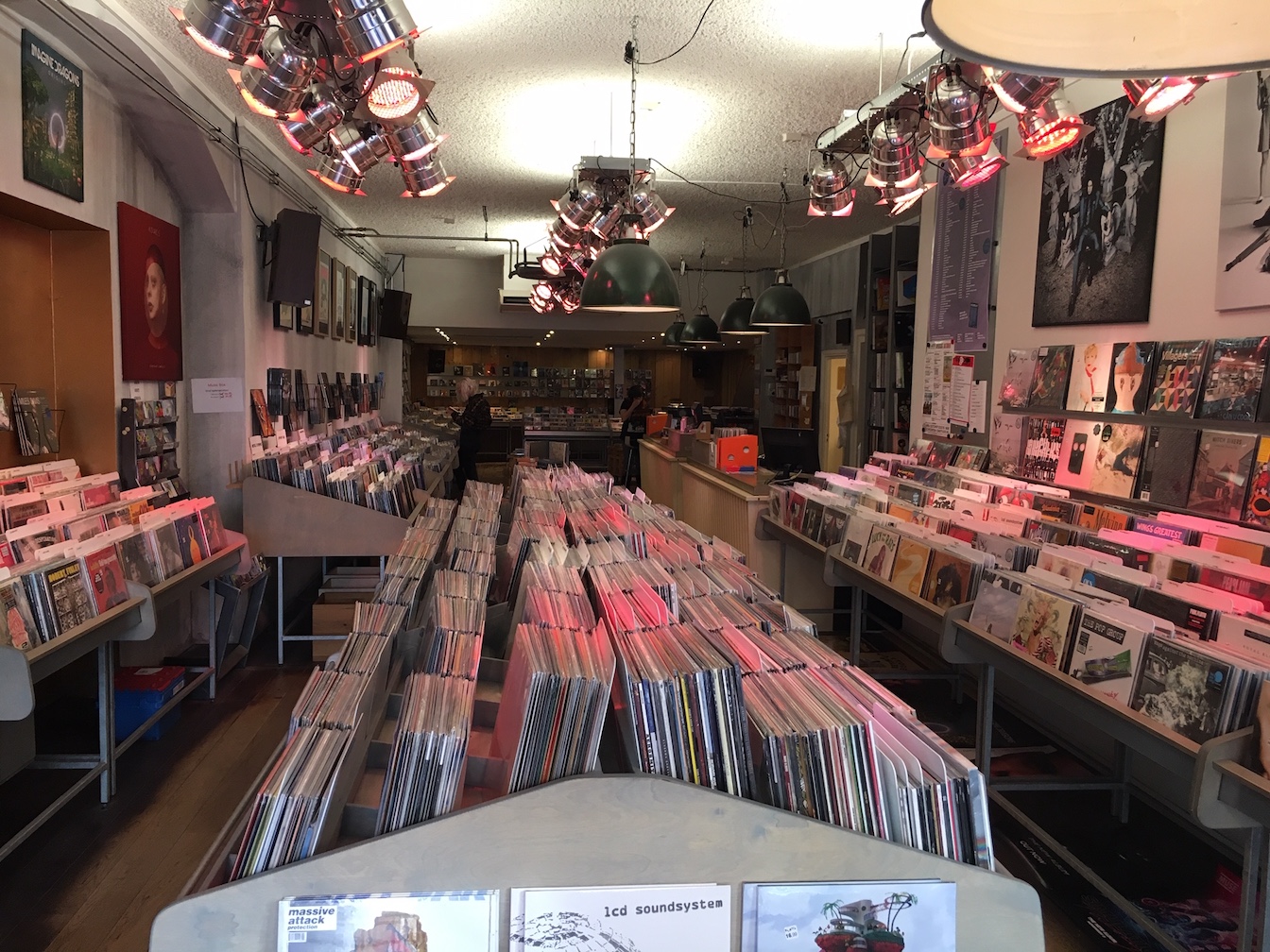 Plato is part of a chain of record shops in the Netherlands, and their Utrecht branch has been supplying the city with music for around 30 years. They started out at the Steenweg, and moved to their current location at the Voorstraat – a two minute walk from Neude square – 10 years ago. They stock the largest selection of new Vinyl, CDs, DVDs and box sets in town, and you can als find a good choice of second hand records. 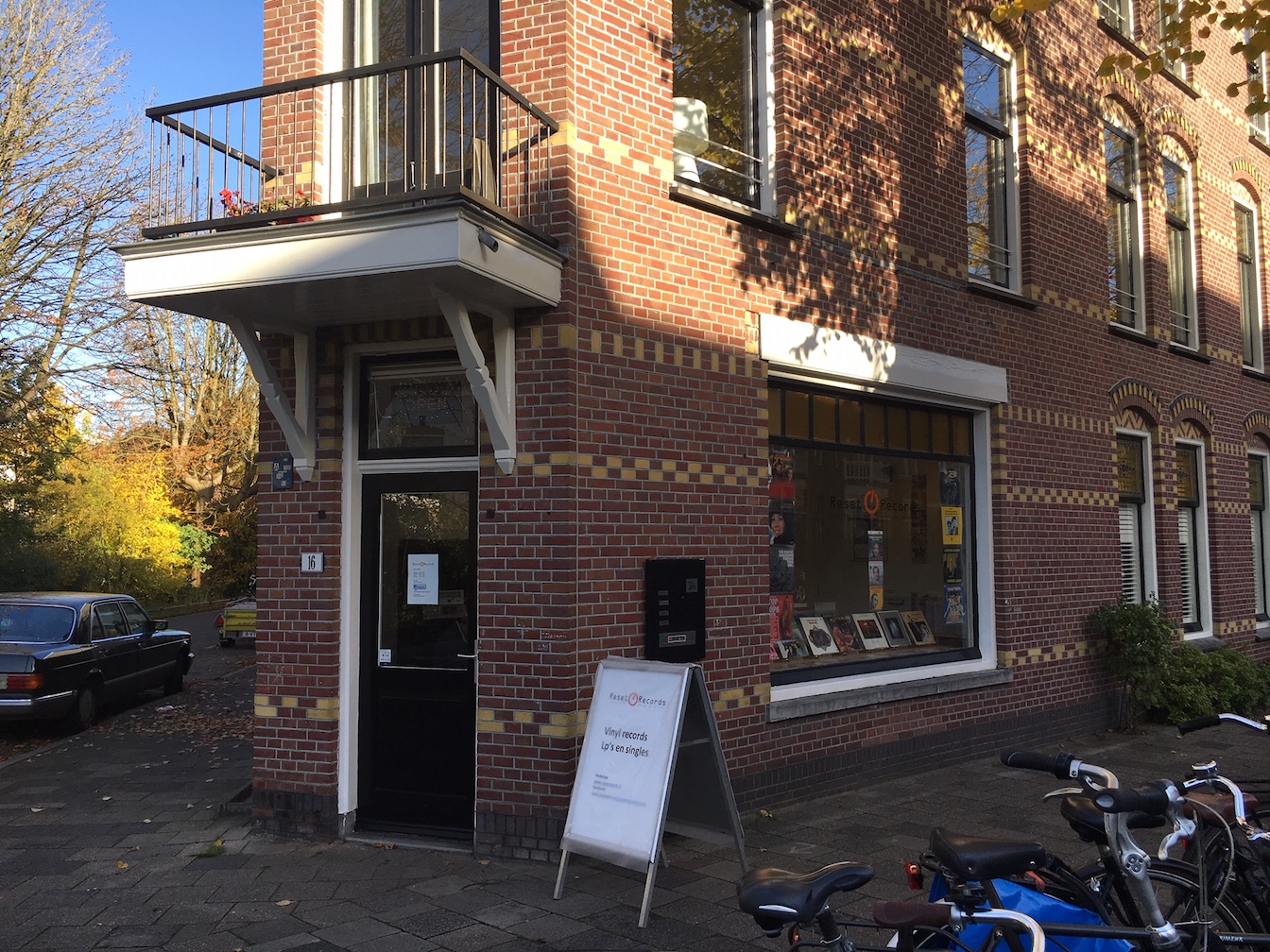 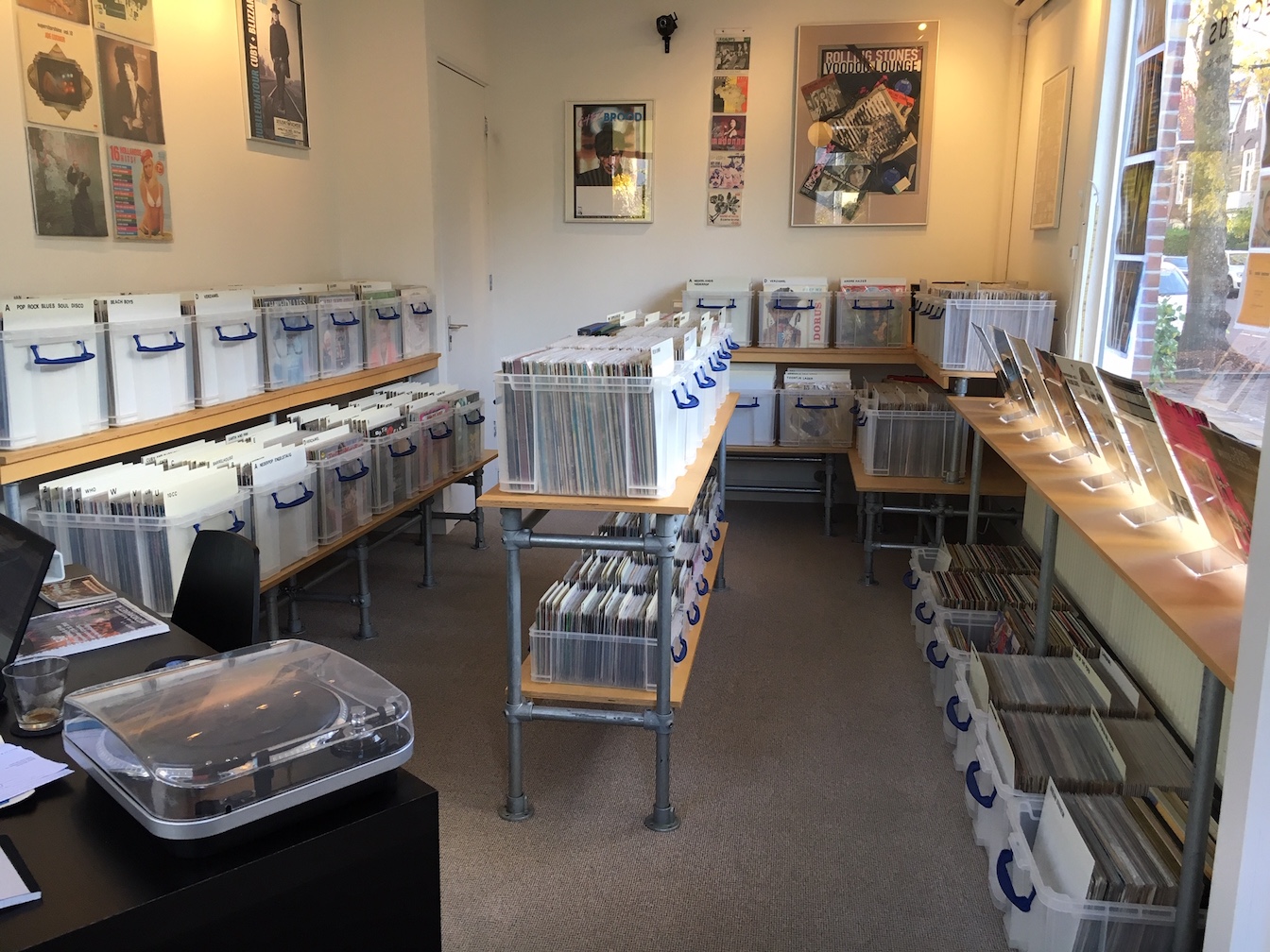 Reset Records, located a little bit outside the city center, not too far from Galgewaard Stadium, has been around for four years. The shop is compact, well organized and bright, and is home to around 3000 LPs and 600 singles in genres like Pop, Rock, Blues, Jazz, Soul, Disco, Country, Beat, Rock ‘n Roll, Chansons, Singer/Songwriter, Classical and more. They have thousands other LPs and singles in storage, so be sure to ask if you are looking for a particular release or pressing.

Enjoy record shopping! And just in case, there are are a few more places on Oudegracht where you might find some records: Thrift shop De Arm, where you need to be lucky, antique bookshop Hinderickx & Winderickx which has a large section of second hand classical music on CD and vinyl, a few more antique shops with a crate or two of records, and clothing shop Urban Outfitters which has a very small record section. In Shopping mall Hoog Catharijne, Mediamarkt also has a music section.

Miss anything on this list? Let us know in the comments!

Discover record stores near and far on VinylHub.
Keep track of record stores you’ve been to and mark your next digging destinations!