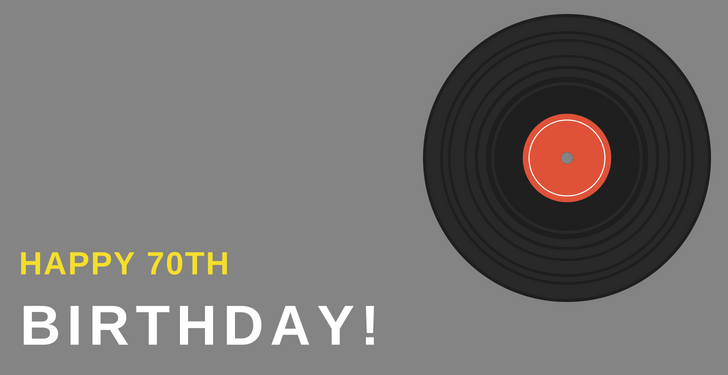 70 years-old and still looking this fresh! Our best buddy, the LP vinyl record, is turning 70. Vinyl is the most beloved music format by the Discogs community, and the LP was perhaps the biggest revolution for the format, so let’s celebrate together!


The history of the LP

The LP (Long Player) vinyl record was born 70 years ago. The format they replaced were the phonograph records made of shellac. The advantages that this development provided compared to its predecessor were smaller grooves. Due to these little guys, the LP could last for much longer and play at a slower speed (331⁄3 RPM). This change was a revolution within the entertainment industry. Before the LP came around, a listener could hear less than five minutes of music before having to flip the record. Thanks to the LP, more than 20 minutes of recorded music per side became available.

The initial aim of the LP was allowing classical music to play the way it was meant. But obviously, it didn’t take long until someone came up with the idea that the format could be practical for pop music as well.

Columbia was the company that created and introduced the world to the LP. Research began in 1941, was suspended during World War II, and then resumed in 1945. Columbia Records unveiled the LP at a press conference in the Waldorf Astoria on June 18, 1948, in two formats: 10 inches (25 centimeters) in diameter, matching that of 78 rpm singles, and 12 inches (30 centimeters) in diameter. 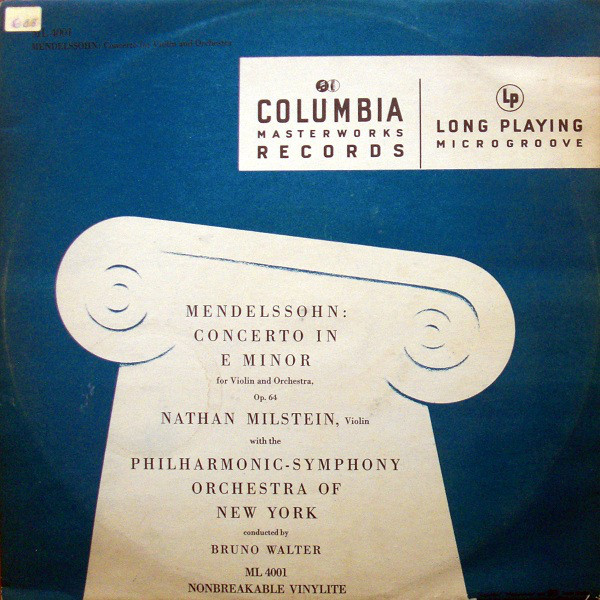 The first ever vinyl LP ever pressed was Mendelssohn: Concerto In E Minor For Violin And Orchestra Op. 64 with violinist Nathan Milstein. Few formats have survived the ever-changing trends of consumerism for as long as the vinyl records. And just to provide you with a few examples of what we’re talking about: floppy disks, 8mm film, VHS, mini CD…all have been replaced by other technologies. 70 years is an impressive amount of time for a format to live, but vinyl records have also experienced hard times…

As it happened with most physical formats in history, the music industry continued developing over the years by championing new formats that were meant to replace vinyl records.

As Wikipedia points out:

Reel-to-reel magnetic tape recorders posed a new challenge to the LP in the 1950s, but the higher cost of prerecorded tapes was one of several factors that confined tape to a niche market. Cartridge and cassette tapes were more convenient and less expensive than reel-to-reel tapes, and they became popular for use in automobiles beginning in the mid-1960s. However, the LP was not seriously challenged as the primary medium for listening to recorded music at home until the 1970s, when the audio quality of the cassette was greatly improved by better tape formulations and noise-reduction systems. By 1983, cassettes were outselling LPs in the US.

But those challenges that the vinyl records were facing were just the beginning. In 1982, the Compact Disc (CD) was born. The CD offered noiseless reproduction, a much smaller size, a bigger capacity, and, theoretically, it was not audibly degraded by repeated playing or minor scuffs and scratches. In the early days, due to its higher price, the format was only successful among early adopters and audiophiles. But by 1988, for the first time, CDs outsold LPs.

For the next decade, the production of vinyl records descended drastically, with many pressing plants closing and the format becoming much less accessible and popular.

The Present and Future Of Vinyl

At the beginning of the 2000s, a time dominated by the mp3, something unexpected happened: records were back. A renewed interest for the format pushed the music industry to start producing records again. The warmth of the sound, the liner notes, the big artwork… those were all factors that influenced the strong love that music lovers felt for this format.

This trend has been unstoppable during the last fifteen years, with record sales hitting a new peak every year.

With the format thriving and new innovations like the HD vinyl on the way, the future looks bright for our beloved friend. If you want to read more about this subject, we interviewed 15 industry experts, collectors, and enthusiasts from around the world to chime in on the future of the vinyl format. You can read the full feature here.

Want to stay informed with more articles like this one? Subscribe to one of the Discogs Newsletters.
Interested in joining the passionate community of music lovers at Discogs?
Sign up for an account to track your record collection, start a Wantlist and shop for thousands of music releases.