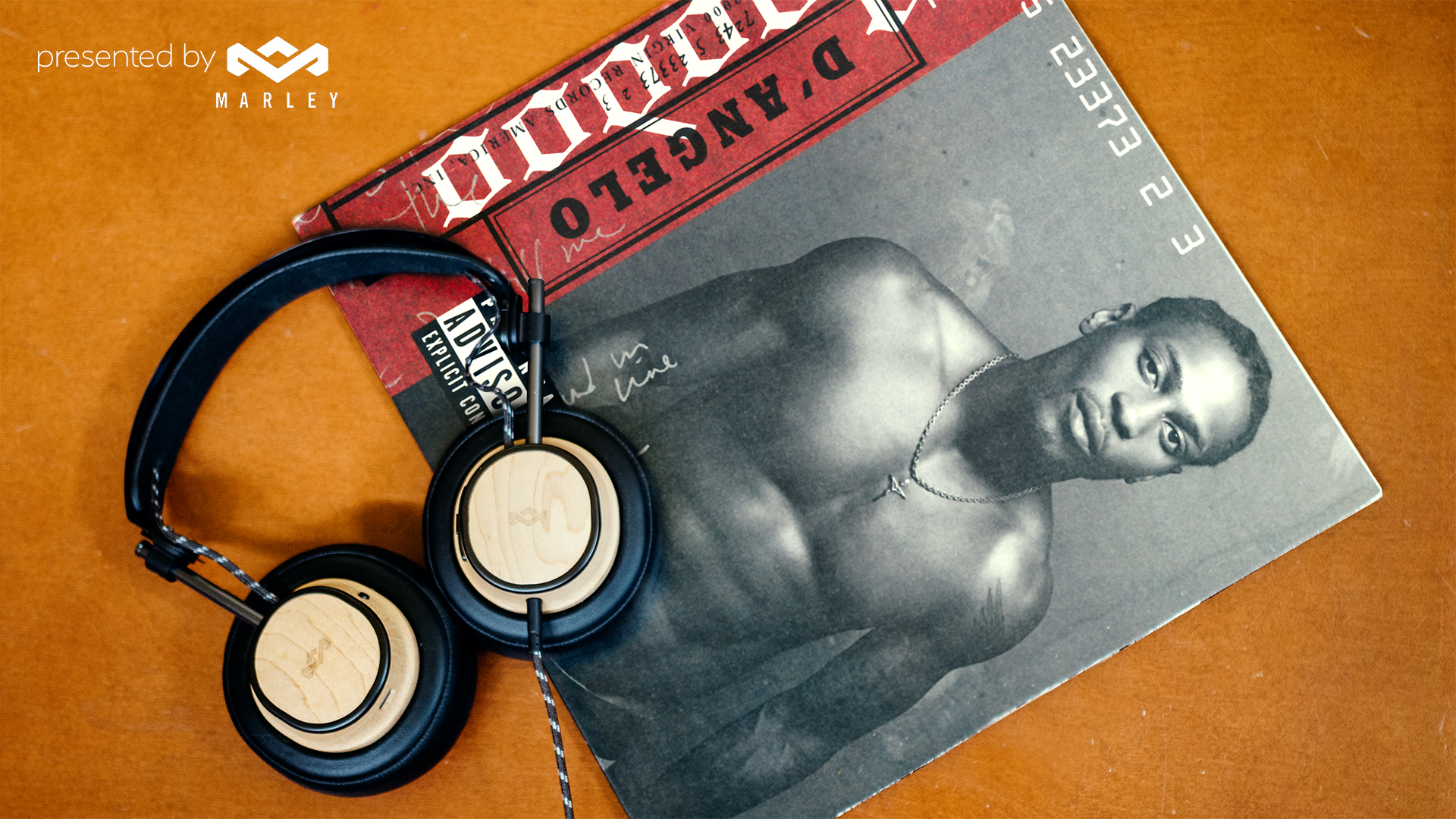 There are several ways to define the headphone experience. Our first installment in this Discogs series of albums that sound great on headphones, Pink Floyd’s The Dark Side of the Moon, is the pinnacle of a classic approach — let’s call it “stoner whoa” — where the studio is used to achieve an altered state of mind.

Our second album offers an equally fine, but much different, inner fidelity. The end result is the same: bliss.

D’Angelo’s Voodoo, released in 2000, is hot-buttered soul for the mind. It’s a heady mix of old and new ideas, seamlessly integrating soul, funk, jazz, hip-hop, and rock to create something fresh yet instantly and warmly familiar. It’s also a master class in how the human voice is the most expressive instrument of all, and how much can be accomplished with one voice and 64 tracks. 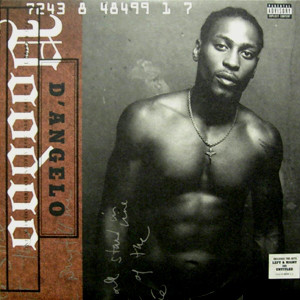 Voodoo is almost a concept album in that D’Angelo, also the songwriter and primary producer, creates a very specific sonic world centered around his compelling voice. It’s complete with recurring snippets of conversation that make you feel as if you’re wandering through the dopest house party ever, resulting in an intimacy that on headphones becomes even more profound.

D’Angelo came alive on a set of House of Marley Exodus headphones, which offer a lot of bang for a modest amount of bucks, especially considering that the bamboo ear cups make them way more attractive than a typical headphone. Plugged into an iFi ZEN DAC, the Exodus expertly delineated the inner universe of Voodoo.

The album’s opening track, “Playa Playa,” is an ideal introduction to D’Angelo’s tactile world of sound, which he crafted with engineer/mixer Russell Elevado.

A brief field recording of a Cuban voodoo ritual swirls vividly around your head before the casual pop of a snare drum, muttered voices, and a finger snap welcomes us to “Playa Playa.” The track slowly builds in intensity until the dirty funk of its groove, anchored by drummer Questlove and bassist Pino Palladino, fills your skull like dank syrup.

Meanwhile, D’Angelo’s multitracked vocals also build in urgency and numbers. They occupy various parts of the soundstage, sometimes seeming to peek from around corners, layers upon layers that wrap you in a tight D’Angelo hug and never let go.

D’Angelo, who arranged and performed every vocal on the album, uses his voice as the album’s primary instrument and that enhances the intimacy; we’re living inside his head. His voice acts as a horn section, lead instrument, choir, string section — it’s the heart of the album’s overall texture, the key to its humanity, and his stunning vocal arrangements are the heart of the songs.

Elevado and D’Angelo, who assisted on the mix, make brilliant use of the artist’s arrangements on songs such as “The Line,” which is almost entirely comprised of vocals. Questlove and Palladino, whose work on the Fender Precision bass is heroic, maintain an unchanging groove while D’Angelo plasters himself everywhere. But this time he’s working in more of a classic Motown style, serving as his own Temptations (and Supremes, when he rises into a falsetto).

The sweet melancholy and sexual tension of “One Mo’ Gin” sounds like the slow jam Sly Stone wishes was on side two of There’s A Riot Goin’ On. It’s a song that appears simple enough when heard casually but put on a nice pair of headphones and it becomes a maze of layered sound.

What could be a vibraphone mingles with a dirty electric piano while clusters of angelic D’Angelos operate on multiple levels simultaneously — a small group testifying in the right channel, a more contemplative group in the left, a huge choir that spreads everywhere on the chorus, and the deeply dead sexy man himself at center stage.

Out of nowhere the largely traditional song suddenly begins to swerve right to left in your headphones as D’Angelo mumbles, “Yeah, that’s cool,” before turning into a free jazz jam. Why? Why not? But it does act as a nice segue into “The Root,” the album’s most psychedelic headphone experience.

Elevado told NPR Music earlier this year that the song’s genesis was a studio jam session with D’Angelo, jazz guitarist Charlie Hunter, and Questlove. Classic rock fan Elevado had been schooling D’Angelo on Jimi Hendrix and he was an eager student, which led to a long jam on several songs from Hendrix’s Electric Ladyland and Axis: Bold As Love.

D’Angelo kept that vibe when recording “The Root,” which features Hunter on guitar and bass. It’s filled with subtle head trips, including some of D’Angelo’s more complex vocal arrangements. He wraps himself around himself multiple times, like ivy growing wild, while Hunter’s guitar dances from right to left chasing the vocals.

Elevado said he was channeling his favorite studio magicians — George Martin, Jimmy Page, Eddie Kramer, Stevie Wonder — while doing the mix, and at one point applied a different processing effect to each word of a lyric. Long story short, the song sounds fucked up in all of the right ways.

Interestingly, the album ends with two fairly straightforward songs. Until they’re not.

The album’s most famous song was the hit that turned D’Angelo into a superstar. “Untitled (How Does It Feel)” is an almost unbearably pretty ballad in the Al Green tradition — long, slow, sensual. “Africa” is a riff on Wonder’s 1970s albums, a love letter to ancestry.

But in the final minute of each song, neither of which has played any headphone games to that point, they both go insane. “Untitled” takes a wild side trip to the land of phasing, D’Angelo’s vocals whooshing in tight circles. “Africa” fades to silence and then it — or something — starts playing backward like it’s suddenly 1967.

But even the most overtly gimmicky moments on Voodoo don’t dilute its essential impact. It’s a record made with the overriding idea that it should sound human, that D’Angelo’s voice should be the thing that lifts and carries us. And id t does, gloriously. Voodoo sounds real, especially when listened to deep inside your head. It sounds like soul music.

This is the second article in our series exploring the headphone experience. Published in partnership with House of Marley.