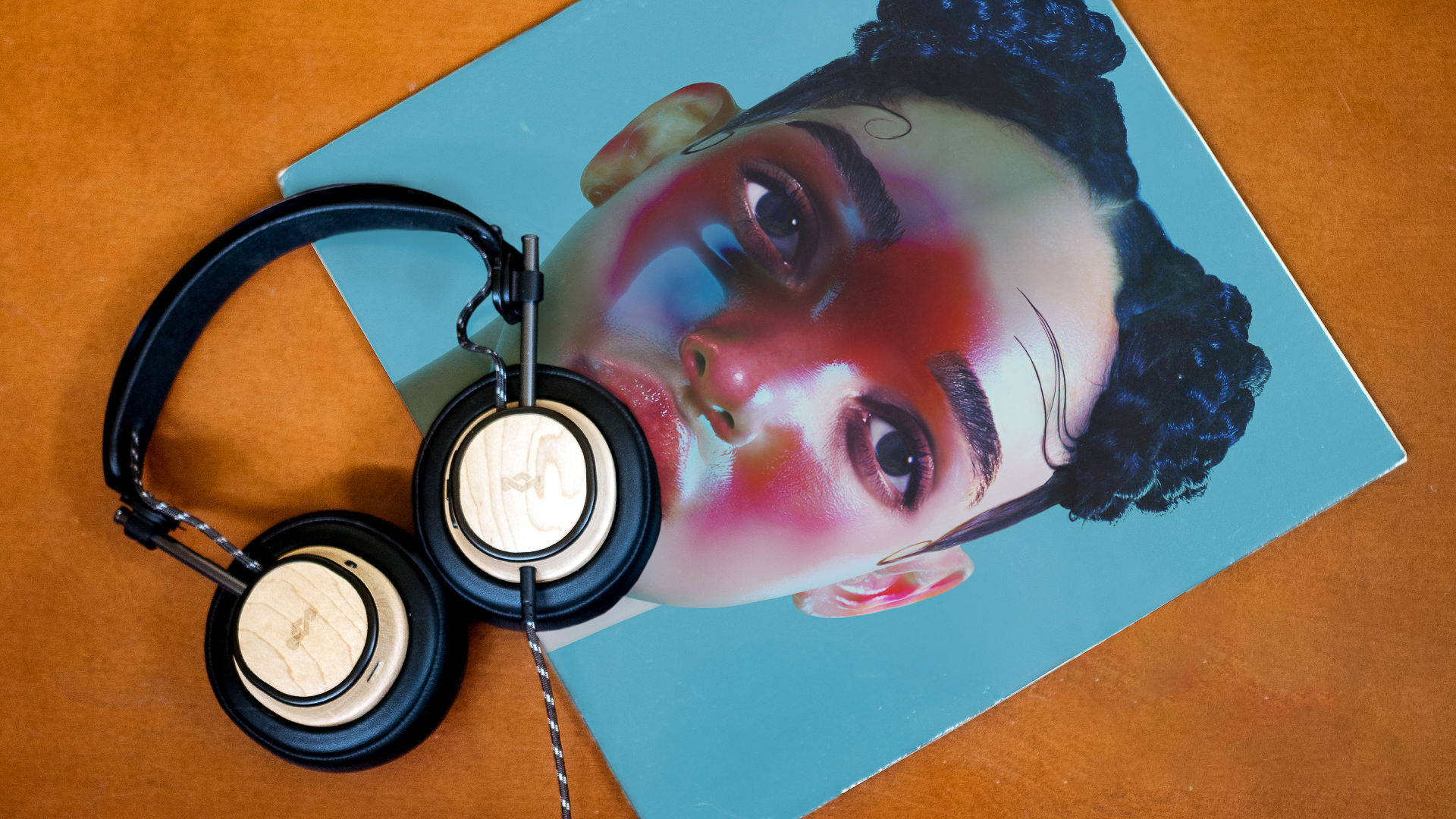 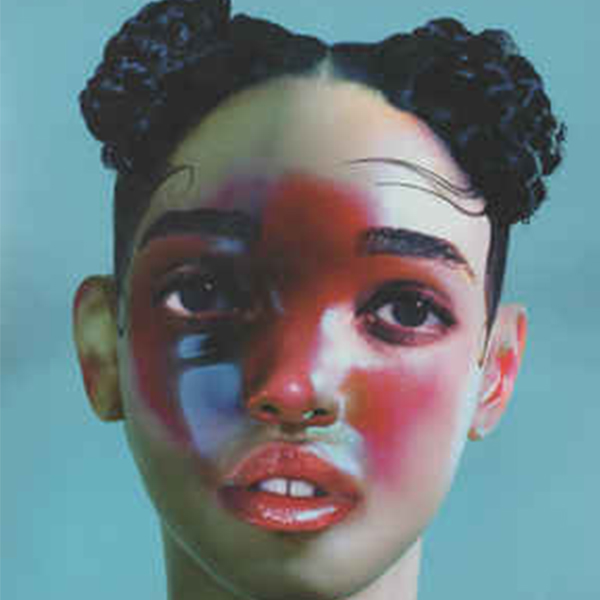 FKA Twigs arrived with a quiet jolt in 2012 with a self-released EP that didn’t sound quite like anything else. Her fusion of electronic music, R&B, choral music, trip hop, and avant-garde pop came awfully close to being that rarest of things: a new kind of music.

At this point in history, when we’ve heard everything at least twice, even an almost-new kind of music is worth celebrating, and Twigs hasn’t disappointed in the years since. She reached a startling peak in 2014 with LP1, her full-length debut, and it has lost none of its giddy power.

A central pleasure of diving into FKA Twigs’ catalog is how this British renaissance woman creates her own sonic universe, and the care that she and her mixers and engineers take as far as fidelity. Most importantly, the fidelity is in service to the music, and LP1 sounds amazing, especially on vinyl, and is proof that digital masters and vinyl pressings get along just fine. 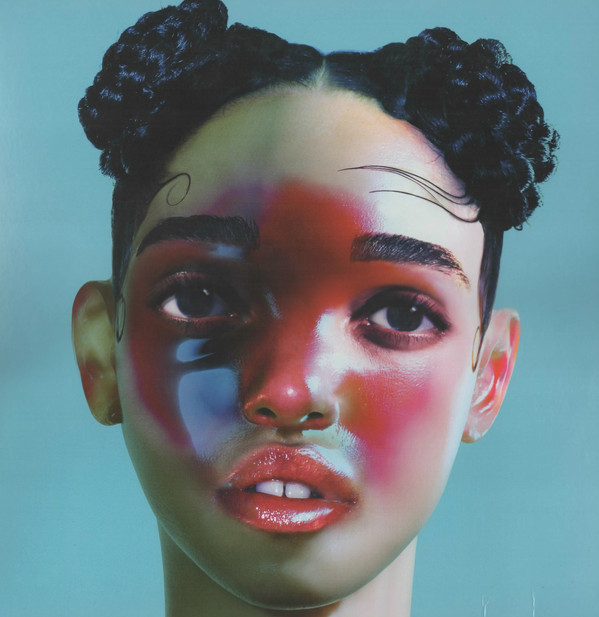 LP1 fills a living room on a nice two-channel system but it was made for headphones, where Twigs’ fragile, breathless voice is at the center of a subversive, wildly creative soundscape anchored by subterranean bass and decorated with skittering synths.

For this edition of Discogs’ exploration of the headphone experience, I fell under Twigs’ spell via a set of House of Marley Exodus headphones, which have a velvety midrange and a generous low end — both perfect complements to the sound of LP1.

For vinyl, the Exodus were plugged into a Schiit Valhalla tube headphone amp, fed by a Clearaudio Concept turntable, Audio Technica AT30E cartridge, and Eastern Electric MiniMax tube phono stage. Digital was Spotify streamed through an iFi ZEN DAC with upgraded power supply and USB filter. For those keeping score, the headphone amplification here comes to less than $500.

That’s money well spent as Twigs doesn’t waste any time filling your head with an intimate strangeness that often feels like eavesdropping.

The first track, “Preface,” immediately places you in a Sunday service at the Church of Self-Loathing. A choir of many Twigs hovers in the center of your head as she sings over and over, “I love another, and thus I hate myself,” a line borrowed from a Sir Thomas Wyatt poem. Drum machines clatter below Twigs, sounding like predatory aliens circling a crew member in a spacecraft’s lower deck. An 808 drops bombs.

It’s not the most friendly of opening tracks. It’s actually pretty fucking discomforting but, hey, welcome to LP1, where Twigs continually dissects bad choices and why she’s made them. (“I love another, and thus I hate myself” is the album’s unofficial subtitle, Twigs has said, although she’s feeling much better these days, thanks.)

By the time we’re deep into the second track, “Lights On,” we have a good idea of how Twigs has constructed her sonic world. She’s the executive producer — with contributions from Emile Haynie, Arca, Paul Epworth, and Sampha, among others — and they’ve crafted a maze-like swirl of electronics that takes up residence in your brain stem.

A smattering of actual instruments pop up for texture but this is largely an album crafted with keyboards and programming, which means it was crafted on headphones — and that’s one reason why it comes alive so satisfyingly when heard on headphones. There isn’t a second here that doesn’t make use of headphone technology.

There’s a lot going on and very little of it can be found in nature, but that’s the point. Twigs has created an artificial ambiance that’s utterly effective. Beyond just sounding cool, which it does, there’s a larger point that speaks to the album’s artfulness because these tracks are built to reflect what’s happening in the lyrics.

“Two Weeks,” the song that introduced Twigs to the mainstream, is a perfect example of how masterfully she uses sounds and how expertly David Wrench manipulates a mixing board. It begins as an urgent, whispered confession, her voice intimate against a spare soundscape that feels almost hesitant.

But as Twigs amps up her seduction, the track begins to subtly build with layers of stuttering synth, and the handful of sounds we heard at the beginning become bigger and more forceful until that hesitant urgency turns into a heated confidence. It’s a hell of a drama to watch played out between your ears.

“Numbers” is built around a common enough conceit — “Was I just a number to you?” — but Twigs takes it a few steps further into full-blown paranoia. The track is anchored by ominous clangs and disorienting quick edits that quickly establish a feeling of claustrophobia, like walls closing in — or maybe someone’s heart being slowly crushed.

“Closer,” one of the album’s most beautiful songs, returns to the choral music introduced on “Preface” but on a much grander scale. This is a full-blown hymn that converts the inside of your head into a cathedral of reverb and heartache.

Twigs is once again screwing with us in ways that don’t make sense but somehow do. The song initially does double duty by being both secular and religious, with ambiguous lyrics and straightforward choral singing underpinned by pinging synths. But with the second verse, the synths turn into some sort of Artificial Intelligence. It turns into a weirdly haunting duet that comes vibrantly alive on headphones.

Speaking of which, one of the album’s most desperately beautiful songs, “Pendulum,” never fully blossomed for me until I’d heard it on a good headphone system. Co-written with Epworth, one of Adele’s primary writing partners, it’s a song that’s been assembled in such an unpretentious way that its telling details don’t reveal themselves until the music is inside you.

There are a fair number of sonic tricks happening here, primarily a clattering of percussion that chases its own tail around your head, but none of it is overwhelming. And then suddenly you realize that Twigs and Epworth have written what could pass for a Dusty Springfield song, if Dusty Springfield made music on a laptop. It’s a nice callback to English pop of years past.

There are any number of electronic albums that sound otherworldly on headphones — it’s the nature of the beast. Electronics can be shaped and shifted at will to take advantage of the technology. But with LP1, Twigs produced electronic music that is also a dozen other things, and yet it’s primary job is carving out a world with a population of two when it’s playing: Twigs, and you.

This is the third article in our series exploring the headphone experience. Published in partnership with House of Marley.