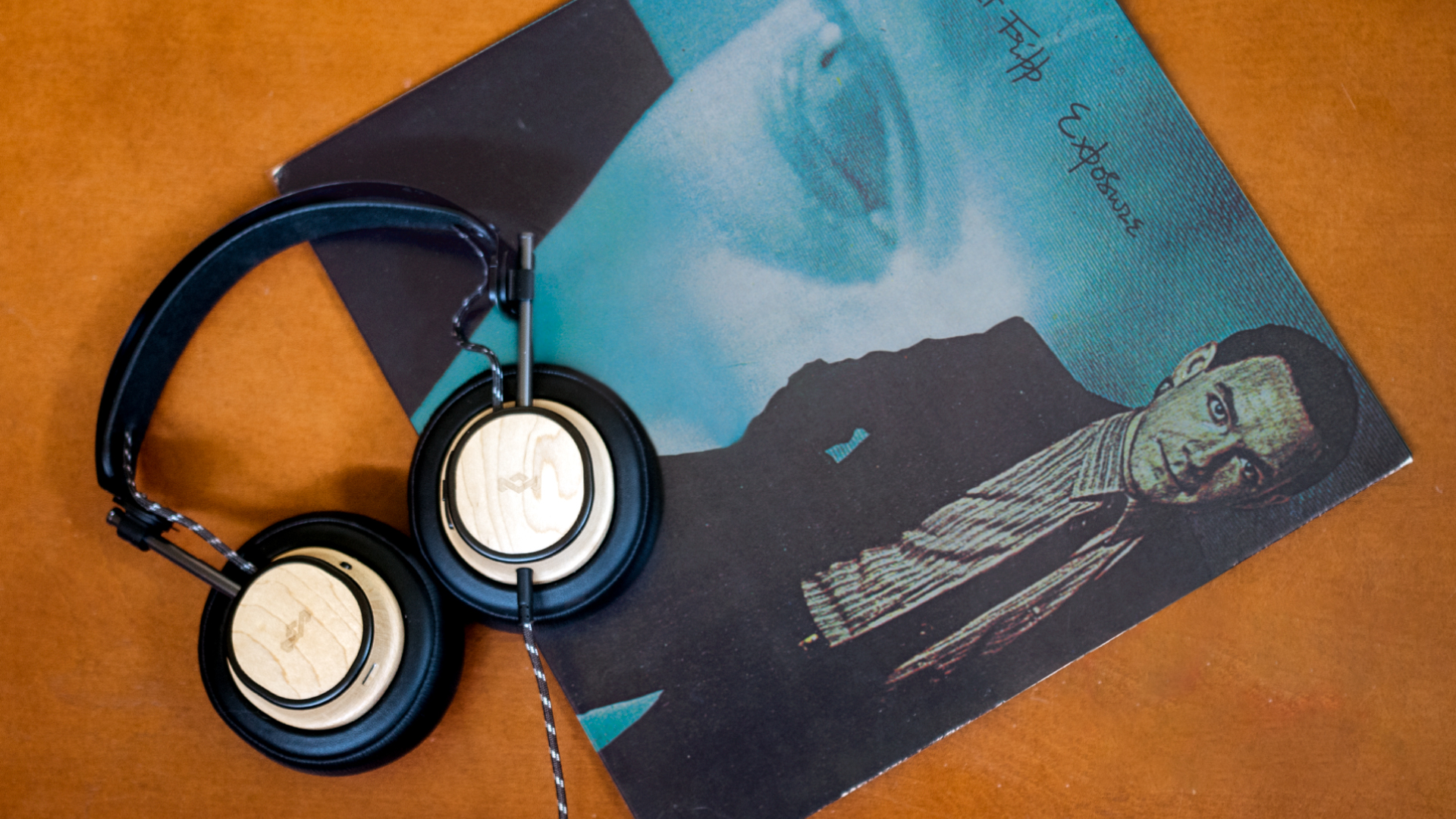 For many years, Robert Fripp has served as an introduction to rock’s more avant-garde side of the street. Back in the day, his work with King Crimson represented something decidedly more odd than a lot of other progressive rock that had leaked into the mainstream.

I grew up listening to an older brother’s King Crimson records (when he wasn’t home) and knew that Fripp was the band’s catalyst. I was stoked when he finally released a solo album in 1979 called Exposure, and then absolutely dumbfounded when he agreed to do an in-store promotional performance at Disc Records, my first job.

Fripp was so English he was almost stereotypical as he meticulously laid out his tape recorders, pedals, and amplifier — all while wearing a full suit. And then we got live Frippertronics, all of it played, recorded and then re-recorded in real-time as Fripp sat quietly on a stool.

He signed my copy of Exposure that day and I’ve since listened to it a couple hundred times, relishing its transportive qualities while growing to appreciate it more each year. There was no way it wouldn’t be featured in Discogs’ series about albums that sound great on headphones.

I used the usual collection of gear. Headphones were the House of Marley Exodus, which continue to offer a combination of smoothness and excellent bass (although Exposure is not exactly a bass-happy recording).

My signed OG pressing of the LP was listened to using a Schiit Valhalla tube headphone amp, fed by a Clearaudio Concept turntable, Audio Technica AT30E cartridge and an Eastern Electric MiniMax tube phono stage. Digital was Spotify streamed through a Macbook and iFi ZEN DAC with upgraded power supply and USB filter, both also made by iFi.

Exposure was meant to be part of a trilogy that included Peter Gabriel’s second album and Daryl Hall’s Sacred Songs, both of which were produced by Fripp. The trilogy technically happened in that all three albums were released, but label interference prevented them from fully sharing all of the personnel and material as planned.

Fripp’s idea was to show that the rigid pop-music format could be mated with experimentation to grand effect. Hall’s album was supposed to have come out in 1977, followed by Gabriel’s in ’78 and Fripp’s in ’79. RCA refused to release Sacred Songs (until 1980) and fought Fripp about using Hall as his vocalist on Exposure. The album instead has a variety of singers, including Hall, and no small amount of snark as a result of the corporate meddling.

That’s why Exposure begins with what amounts to a comedy sketch.

Ambient background rustling gives way to a man’s voice asking, “Uh, can I play you some of the new things I’ve been doing which I think could be commercial?,” followed by a billowing 30-second wave of Frippertronics and multitracked vocals that bloom between your ears. Then the man is back. “I won’t start like that, I’m sorry. And again — three, four.”

But now there’s suddenly a phone ringing and footsteps clomping from left to right, traversing your skull until the phone is answered, signaling the start of “You Burn Me Up I’m A Cigarette,” a Chuck Berry-meets-the-Ramones raver featuring Hall on vocals and Little Richard-style piano.

It’s a glorious fuck you to RCA and close-minded bean counters in general, and the exclamation point is the savage onslaught of “Breathless” immediately after, with a brutal metal riff spiced by splashes of Frippertronics that peek in and out of the mix. As good as this one sounds on headphones, I gotta admit it’s at its best at maximum volume in a living room after a few drinks.

“Disengage” follows with a gentle wash of Frippertronics floating around a snippet of conversation from Fripp’s mum, Edith, that erupts into an art-metal sledgehammer with deranged vocals by Peter Hammill. This one is also great in a drunken living room but headphones reveal some subtle aspects of Fripp’s playing are rewarding.

As good as side one is — hell, I didn’t even mention “North Star,” perhaps Hall’s finest recorded vocal — it’s side two that defines Exposure as a headphone classic. The entire side is a lesson in Frippertronics by the only guy qualified to teach it.

The lead-off track, “Exposure,” is a test of patience for some but it works beautifully within the context of the album. The instrumentation merges a fat Bonhamesque beat with spiraling threads of Frippertronics while Terre Roche does her best to deliver one of history’s most grating vocal performances.

The music is compelling, Roche is alarming, and scientist J. G. Bennett makes the first of several appearances in a fragment of dialogue — “It is impossible to achieve an aim without suffering,” he says — that is surely meant as commentary on Roche, which further cements Fripp’s wry sense of humor.

“Häaden Two” and “Urban Landscape” continue Fripp’s aural collage approach, using dialogue, natural ambient sounds, and Frippertronics to create a mix only at home on headphones. The alien chamber music of “Urban Landscape” is especially chilling and needs to heard inside your head.

That’s all a set-up for the astonishing final 10 minutes of Exposure, which is a miniature symphony of collage, Frippertronics and Peter Gabriel.

“Water Music I” is a quietly sinister piece of Frippertronics that turns dark when Bennett makes another appearance, this time theorizing in a 1960s lecture about a second ice age and predicting immense climate change that will lead to coastal cities being wiped out by floods. I know right? Dude was ahead of the curve as far as climate change. It’s a disquieting combination of music and words to have glowing inside your head, and it turns desperately beautiful when it segues into Gabriel performing “Here Comes the Flood.”

The song has never sounded better — stark, haunting, unbelievably powerful. Gabriel and Fripp keep it simple with voice, piano, and subtle washes of Frippertronics, nothing that necessarily spells headphone magic but it works simply because it’s so desolate. It’s as if Gabriel has been abandoned by his parents on your frontal lobe.

“Water Music II” follows, expanding on “I” but without any human voices, probably because we’re all dead. Instead, Frippertronics gently swirl around us as we slowly sink beneath the waves into an unsettling peacefulness.

One could argue that the album should have ended there but Fripp gets in one last, well-deserved shot at those who doubted him. “Postscript” has no music other than the sound of a distant radio. A man’s voice dismisses it all as “a big hoax” and then we hear a phone hanging up and the footsteps now cross from right to left and a door closes.

It’s wholly appropriate that the album begin and end with a door because the entire record feels like we’ve stepped into a house of mirrors and spent 42 minutes running into our own reflections. A true headphone experience and an album that keeps on giving.

This is the fourth article in our series exploring the headphone experience. Published in partnership with House of Marley.