Any nascent musical genre spreads through word of mouth initially. Before the suits would come in and commodify a sound, you’d have buzz on the streets and — in past decades, anyway — DJs unearthing the hottest underground tracks.

That was even truer for hip-hop than most genres. It was thoroughly rooted in live communal expressions, being more party than “performance.” Hip-hop’s break-oriented DNA also made the transition to proper studio recordings a little bumpy, since industry folks didn’t initially get the idea of “making a record of a record,” so to speak. All that meant the music had to be spread through grassroots means. The only real way to do that at the time was the humble cassette tape.

No one understands that concept more than hip-hop lifer Bobbito Garcia. He’s one half of Stretch Armstrong and Bobbito, the underground radio legends who gave rappers like Wu-Tang Clan, Nas, Jay-Z, Busta Rhymes, The Notorious B.I.G., and countless others an early platform on their overnight show at Columbia University’s WKCR. Source Magazine even called their show “the greatest hip-hop radio show of all time.” Their influence was documented in the film Stretch and Bobbito: Radio That Changed Lives, which Bobbito directed.

We recently had a short phone conversation about the significance of cassette tapes in his life, both personal and professional. Here is a lightly-edited version of what he had to say:

Towards the late ’70s and early ’80s, there were basically two tiers of knowledge about rap music. There was what was played on the radio, like Sugar Hill Gang. Rapper’s Delight was as huge a hit as you can imagine. Everyone memorized it, whether you were a down, underground hoodrat or a college kid.

But the way you discerned who was really down — and who wasn’t — was by virtue of who knew Flash To The Beat. That was a cassette that had circulated, containing a live performance of Grandmaster Flash with his crew rhyming. That was a marker in history. There were other tapes that I found about later like Cold Crush and Fantastic Romantic 5. They were recording their lives shows, but they weren’t putting out records.

There was this secret society, basically. You could meet someone at the basketball court and instantly know, they’re into hip hop, too. If you know this verse or that verse, you have a deeper bond. It’s almost like you know them. That was my introduction to the power of the mixtape. You could package this information and transfer it to other souls in a way other technology at the time couldn’t.

Then you got the radio shows later, the World’s Famous Supreme Team, Red Alert, Marley Marl, all these amazing shows on both community and commercial radio. Hip hop was relegated to something like that two-hour radio block on the weekends and that’s it. So you’d have to extract the best tracks from that listening session on cassette and hold onto it for the rest of the week. There was no other way to do it.

That brings us into 1990, where Stretch and I get on the radio. We’re able to carry that legacy into the ’90s. What we developed then was this cult following, because we were on the air from 1 a.m. to 5 a.m. — the graveyard shift — on Thursdays. So that was another layer of underground. You got Red Alert on Friday at 11 p.m. right before everybody’s going to the club. But we’re on then, and at the left of the dial on a 100-watt station.

So the people who would actually listen and then record, that became a super-secret society. And then it spread. The tapes were shared, they were dubbed, they were mailed to cousins and friends overseas. Slowly that tape circuit becomes the real conduit for the best hip-hop to be heard around the world.

If you watch our documentary, Stretch and Bobbito: Radio That Changed Lives, you’ll hear Busta Rhymes talk about how he used to tape our show, dub it, and sell it for $5 a pop to his high school friends. That’s what everyone was doing, and it never would’ve spread the way it did otherwise. 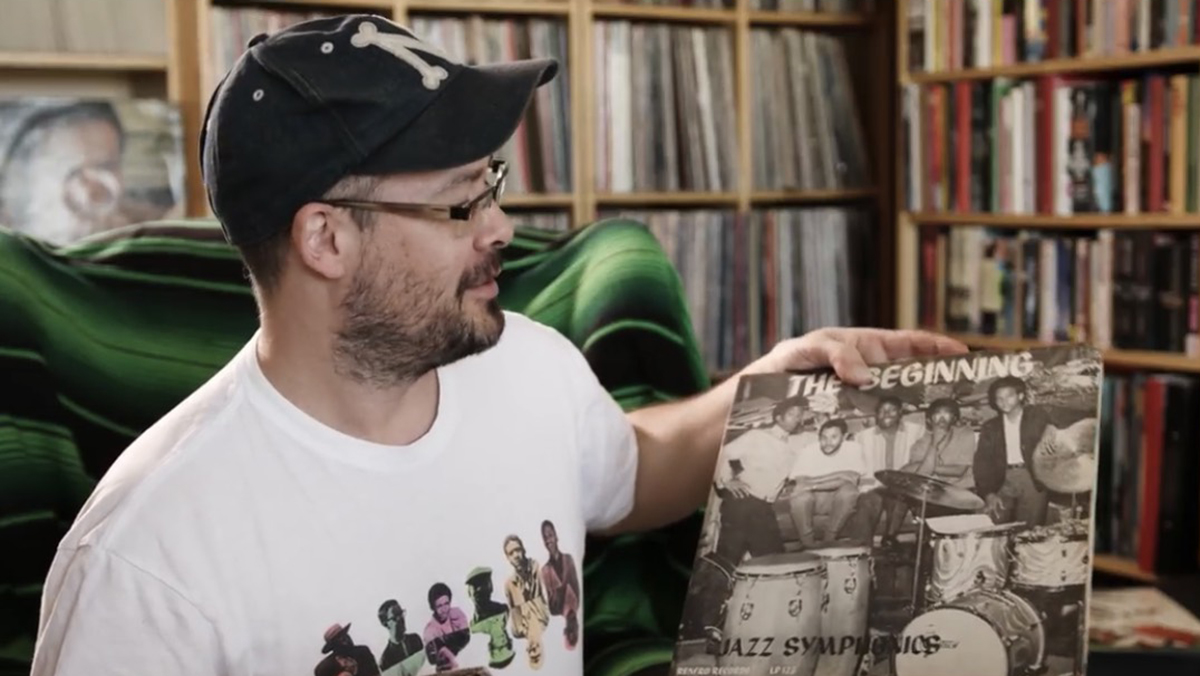