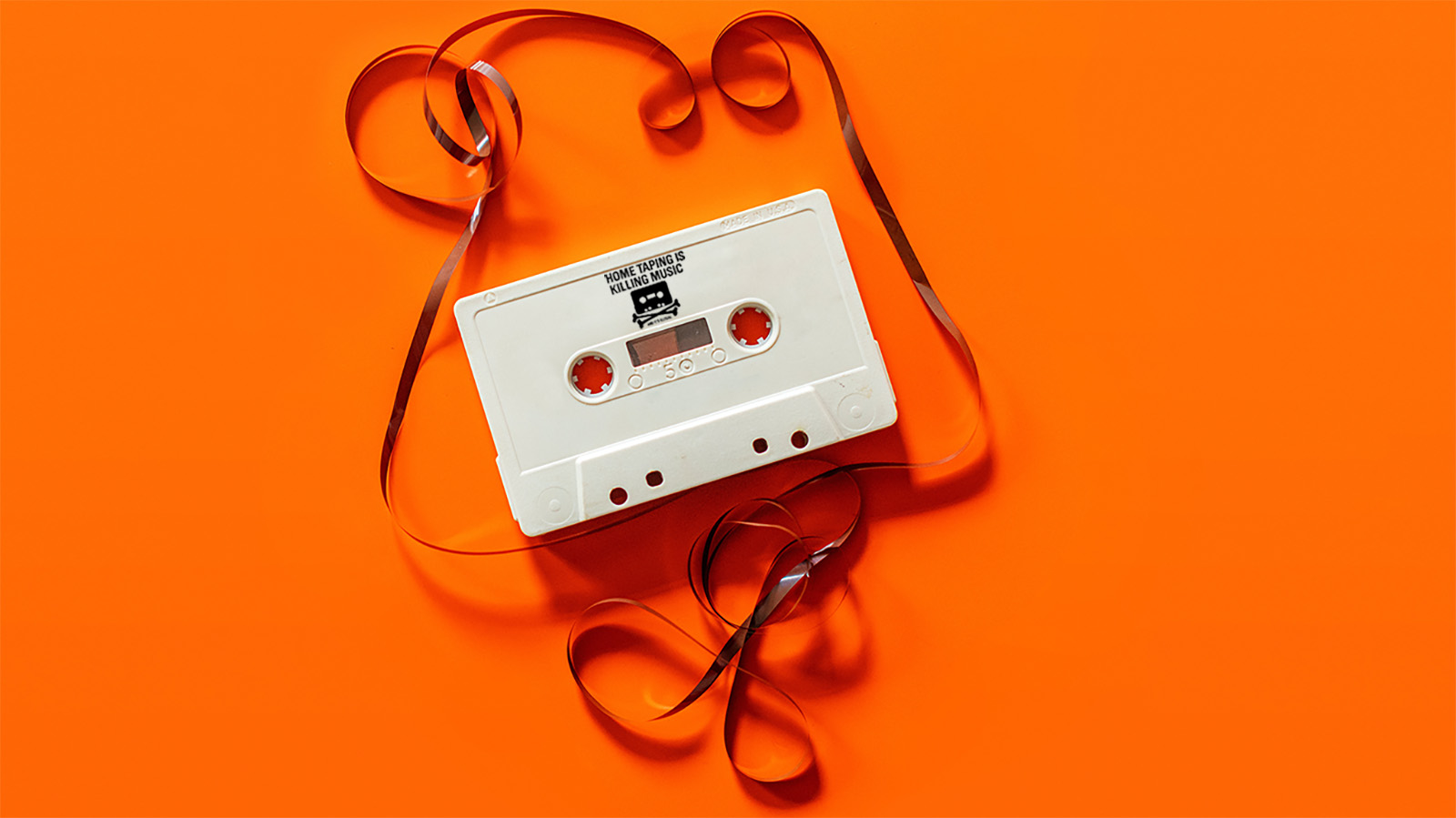 My parents had the coolest stereo set up in our living room when I was growing up. Two huge hi-fi speakers, an amp, a receiver, a turntable with an arm that allowed you to stack about five records so a new LP could drop down as the one before another ended. The pièce de resistance for me — especially before I could afford to buy records of my own — was the dual cassette player and recorder. From this magical machine, I could not only make mixtapes, which I started doing at around age 8, but tape my parents’ albums to play both in my bedroom on my single tape player and in our Volvo.

This was very exciting. I would tape key records for family trips, make mixes of Christmas songs for annual forays to cut down a tree, and sometimes even make copies to give to friends. As I got older, it was often boys who were the most frequent recipients and givers of said tapes. What I would pay to have the first copy of The Smiths’ Strangeways, Here We Come that came into my possession when I was 17! The boy in question (shout out to James Kramer!) had taped off his original copy of the album onto a cassette of the Trash Can Sinatras’ 1990 album Cake. Throughout Strangeways, you could hear the shadowy echoes of Cake; somehow it made it that much better and special. (I ended up buying both physical albums when I eventually had enough money).

To make a copy of something I loved — whether that be an album or a mixtape — and give it to another was a huge part of coming into my own identity. Tapes gave me the ability to find out who I was and share it with others. 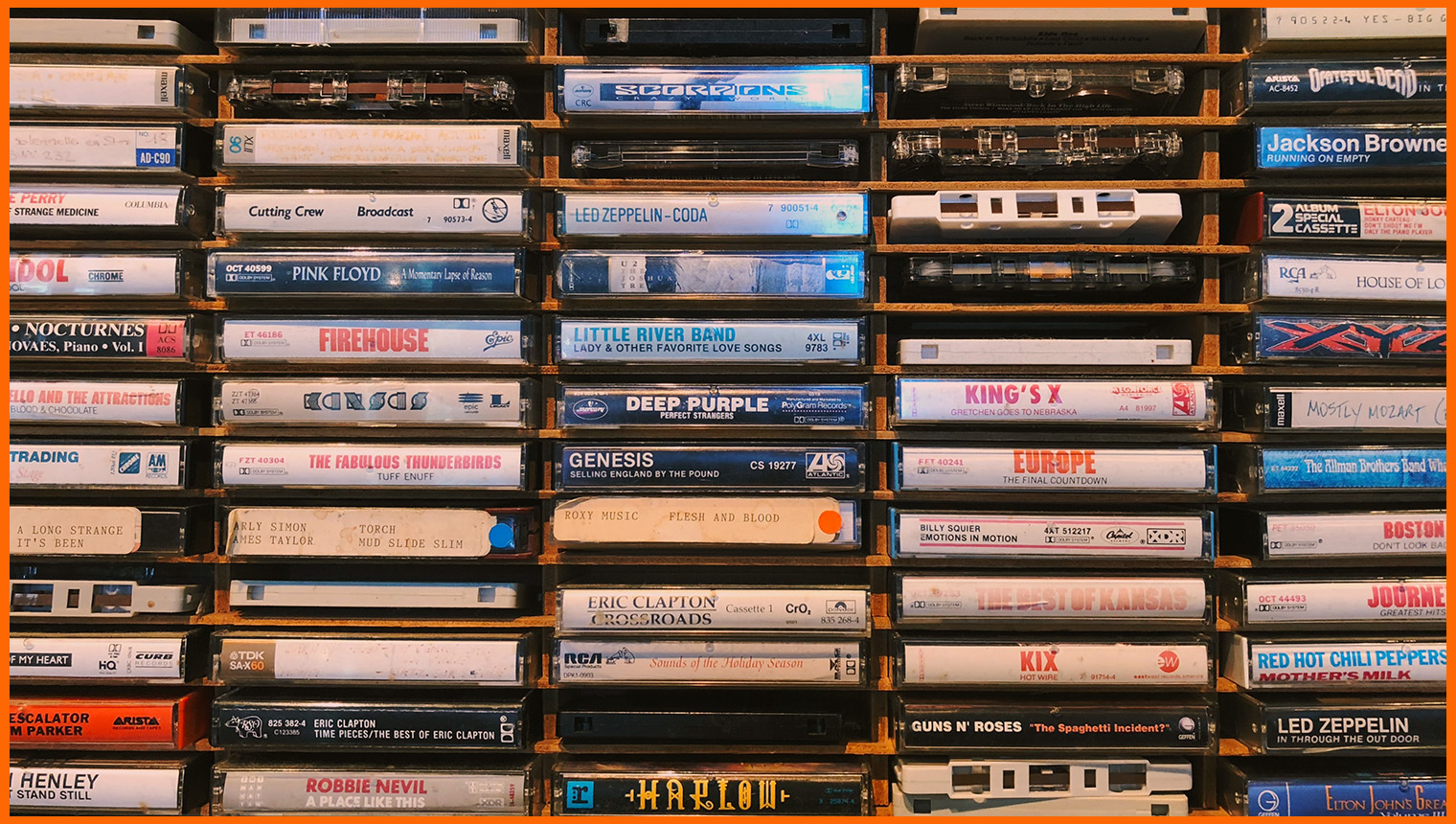 As I was reveling in receiving and giving music to friends, a concurrent campaign to eradicate what became referred to as “home taping” was coming into public awareness. The entire controversy was initially sparked by none other than United Kingdom business mogul Alan Sugar. While on a visit to Japan, Sugar stumbled upon a Sharp-brand dual cassette player aimed at music professionals. With his company, Amstrad, Sugar created an affordable version of the product that suddenly allowed to record from an LP, radio, or another cassette onto a blank tape.

Flexing his typical business acumen, Sugar made sure that marketing materials for his new item both stated the legality issues posed by the machine while concurrently providing would-be consumers with instructions and inspiration for use.

“‘It is illegal to copy copyrighted material. This machine should only be used to copy material you have generated yourself,'” Sugar recalled of the advertisement wording for his new gizmo in his autobiography, What You See Is What You Get. “People would read it and think to themselves, ‘Hey, that’s a good idea! I can use this machine to copy my mate’s Abba cassette.’ That was the effect the warning had, yet there was I, keeping within the law, whiter than white, telling people that the product should not be used for that purpose”

Blank cassette distributors were quick to jump on the increased demand for their product. Companies such as Maxell actively trumpeted the low price point of the blank cassette with a full-page ad featuring an image of a tape accompanied by big, bold text proclaiming, “THE TAPE PEOPLE BUY EVEN WHEN THEY DON’T HAVE ANY MONEY.” 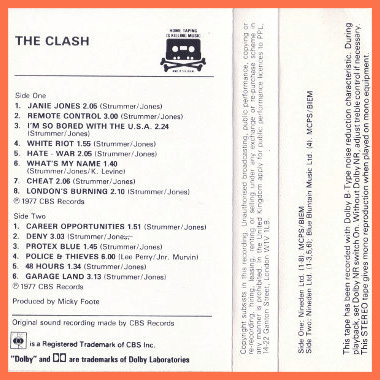 You could find the campaign logo on many releases from the early 1980s, like this 1982 reissue of The Clash’s debut.

Hysteria quickly hit the music industry, as labels, artists, and the overarching hierarchy became terrified that people would stop buying records, and instead use the dual cassette recorders for all of their audio needs. Just after the release of Sugar’s new equipment in 1981, the British Phonographic Industry (BPI) revealed a new slogan: “Home taping is killing music — and it’s illegal.” According to Billboard, this was the second part of a U.K.-based anti-taping ad campaign (“Home Taping Is Wiping Out Music”), heavily supported by superstar artists of the time such as Elton John, Debbie Harry of Blondie, and electropop celeb Gary Numan.

In retrospect 40 years later, the anti-home-taping campaign may seem overly dramatic — a bit of a hand-wringing exercise launched by an industry that was terrified of losing their bottom line. As someone that grew up with hip-hop mixtapes, the dual cassette player was a crucial part of learning about new music, cultures, and styles. However, “home taping” arguably created the intention and normalization of copying music for free or at little cost. The advent of the recordable CD only fuelled this already healthy fire; at one point, labels were putting viruses on new releases so that if the consumer tried to “burn” a copy of the album, their computers would be totally screwed. This time, in a mad frenzy to try to recoup some of the cash that they were afraid they would hemorrhage from this new “home taping” technology, many labels ratcheted up the price of their catalog, with albums coming to market with an eyewatering retail price of $18.99 or more. This only drove people to buy more blank CDs to cop music and led to the emergence of completely free acquisition of audio in the form of Napster and other similar file-sharing services online.

Now we are at the precipice of — if we haven’t already arrived — a very strange moment in music history. On one hand, there is the argument that music creation, distribution, and fanbase creation has been democratized by streaming services like Spotify and platforms like YouTube, so more music is available to more people, removing the barrier of accessibility. Yet, with everything you could ever want at your fingertips, the physicality of music is also removed, whether that be the artifact of the vinyl LP itself; the ideas, values, and culture of an artist; or the hard-earned knowledge about a band that was only available to those who really engaged with their career. 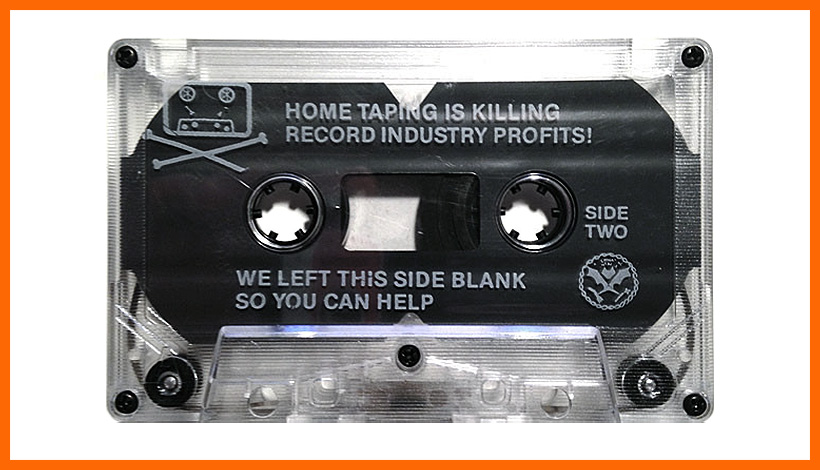 In 1981, the Dead Kennedys released In God We Trust, Inc. on cassette with a blank side to promote home taping.

I recently took my friend’s daughter record-shopping for the first time. She was turning 13 and wanted a turntable. Upon walking in, she confided that she had never been in a store “like that” before. You could tell at first that it was an alien terrain and she was uncertain of what to do or how to act. But as she began picking up album sleeves, you could see the delight and awe light up her face. Here were some of her favorite records that she had only experienced as an MP3. Suddenly she was holding the cover of Nevermind in her hands — and it opened up an entirely different world with meaning to the songs by the band that she already loved. This element is not only completely absent from streaming services but missing from the expectations of fans who have only ever engaged with music via streaming services. They have never had this experience, so they do not feel like they are missing anything. The difference between me recording a song off the radio in 1989 and my friend’s daughter only listening to streaming is “home taping.” Most people purchased albums to bring home and enjoy. Conversely, my friend’s daughter is growing up in a world where consuming music from a handheld device is the expected norm.

Though the labels may have seemed greedy pigs when they first came out with the anti-home taping campaigns, their concern was a terrifying foreshadowing for the industry crisis that has now become more obvious in the time of COVID-19. Without the income streams of merchandise and touring to supplement what has now often become non-existent album sales, many artists — especially independent and mid-size acts — are struggling to find a way forward. It is cold consolation for an ever-increasing mountain of bills to repeatedly be told that when “it” is all over, people will be more voracious for live shows than ever before. At a time when we need musical inspiration more than ever, the home taping story provides a good reminder of how important it is to support your favorite artists through purchasing their work, not simply pressing “play” on Apple Music.