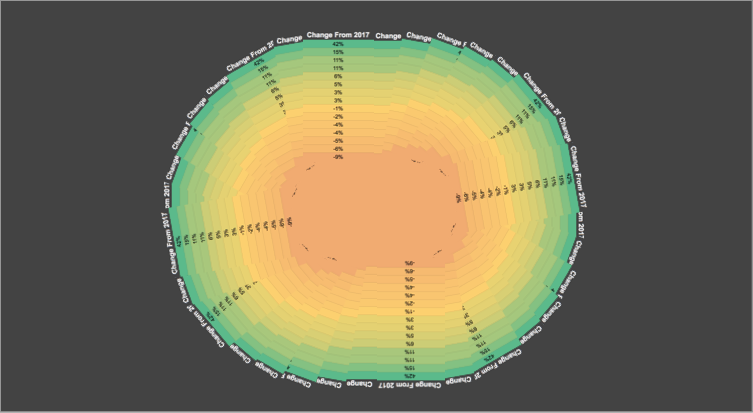 We’re not quite at the end of the year, but since December is typically a little quieter on the contribution front I figured the time was ripe to pause and reflect on which dimension of the Discogs Database grew and shrunk over the first 11 months of 2018.

So far this year the total number of Contributions is up 5% on the same period last year, which is in line with previous years. However there are two major differences with 2017. 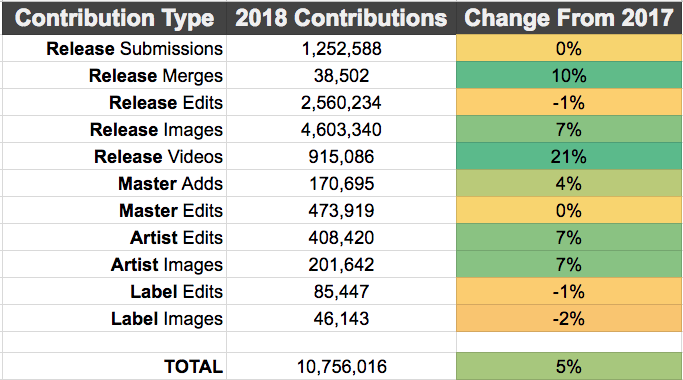 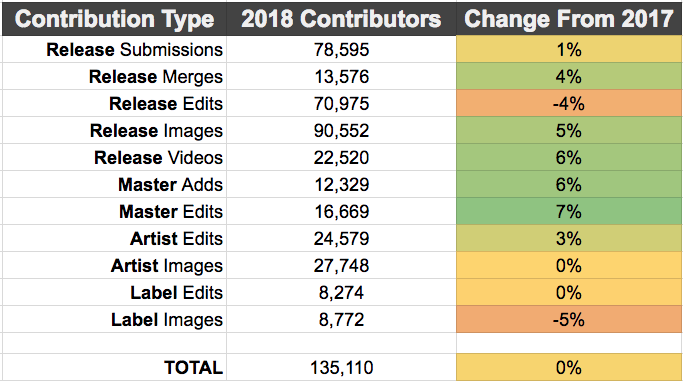 This pattern is consistent with insights gleaned from the charts below and some assumptions that have been floating around the Database Forum: finding un-cataloged Releases is becoming harder and harder; and submissions are much more time consuming than other contributions.

There are obviously still millions of Releases out there to catalog, which is why more than 110,000 were added every month this year. But unlike in the early days of Discogs, when every bin in every record store was a veritable bounty of ‘not in DB’ Releases, today the growth in submissions is coming from

On top of that, whilst there are many ways to contribute to the Discogs Database, submissions are, simply, the most difficult and time consuming. Anyone who has ever tried their hand at it will testify. It requires commitment, the ability to cooperate with others, and certain kind of technical savvy to catalog music according to the Disocgs Submission Guidelines, which the community of Contributors has spent 18 years developing.

Why is it difficult? It’s a difficult task. Consistency is one of the single most important features of any archive. The Guidelines are their to ensure consistency, which is difficult when trying to create a system capable of cataloging something so varied as ‘all the music in the world’. Some nay sayers posit that this special breed of technical savvy was more abundant in the early days of internet when you actually had to know a thing two about computers just to connect to the internet. I think, if 135,000 people contributed to Discogs in 2018, that the spirit is alive and well – even if it only lives on in places like Discogs. 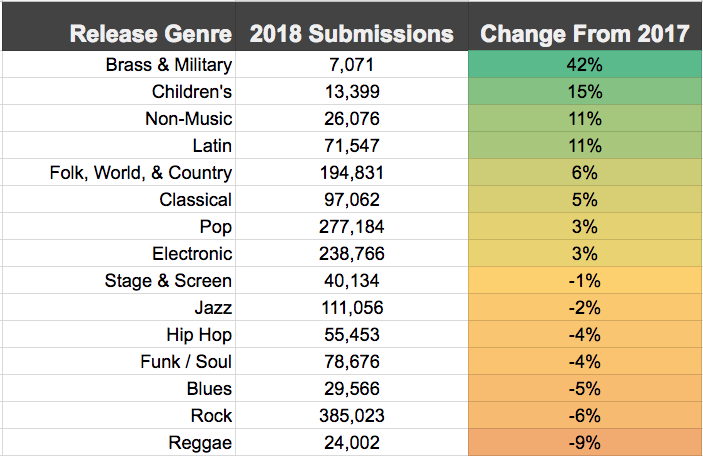 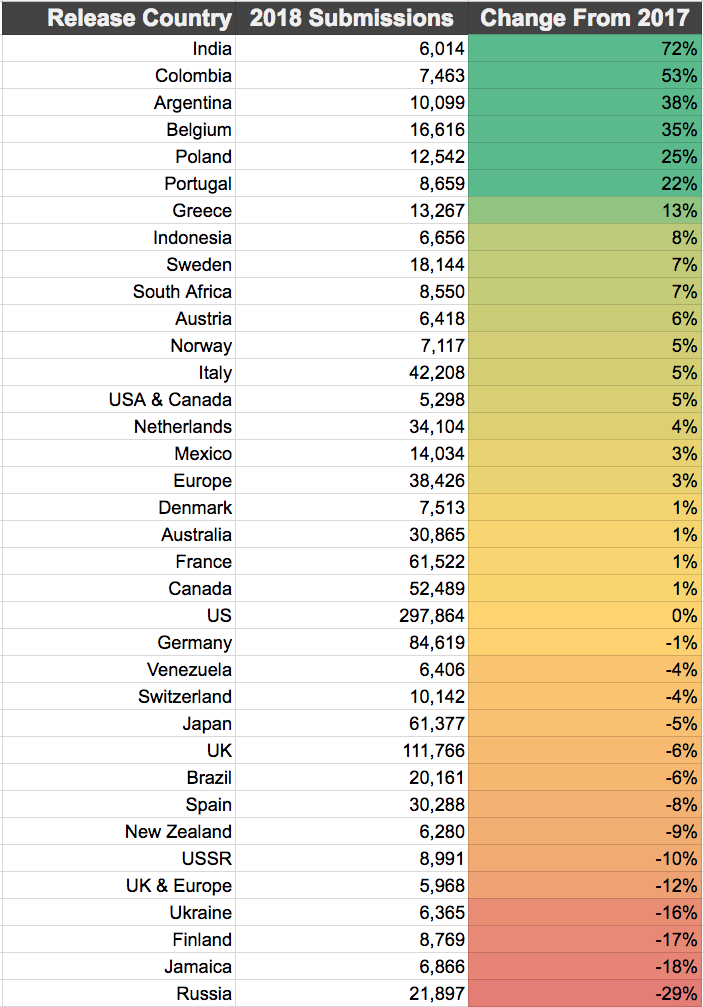