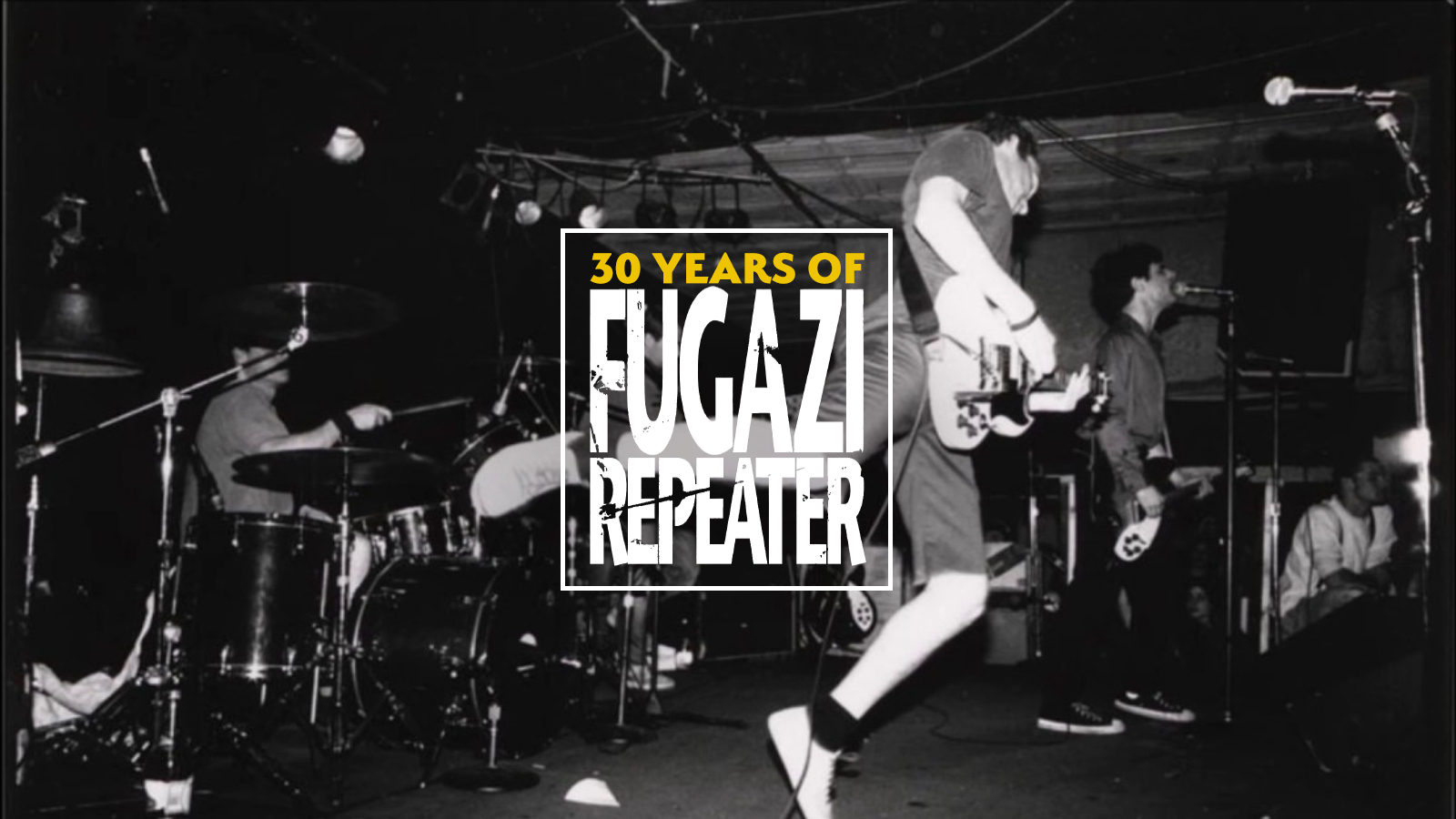 Minor Threat was perhaps the ultimate hardcore band — and its first “my way or the highway” act. Take it from the D.C. punks’ 1981 single “Out of Step,” in which vocalist Ian MacKaye renounces drugs, alcohol, and casual sex: “Don’t smoke / Don’t drink / Don’t fuck!”

Nervous about coming off as puritanical, their drummer, Jeff Nelson, moved to add an implied “I” (as in “I don’t smoke / I don’t drink,” etc.) in the lyric sheet. The pair quarreled over this, but eventually, MacKaye relented, feeling that “Out of Step” may have overstepped.

“The people in the band were starting to feel hemmed in by my aesthetic,” MacKaye told author Michael Azerrad in 2001’s Our Band Could Be Your Life. “I really wanted to feel we were all together on things, but I understood their point.”

“I feel like what happened with hardcore is that things [got] so ritualized they [were] no longer powerful,” Picciotto said in the 1998 Fugazi documentary Instrument. “[It became] some kind of traditional thing.”

In the end, the controversial “I” made it in. And MacKaye’s next major band, Fugazi, was that “I” writ large — without sacrificing an inch of his personal integrity.

Ian MacKaye Gets His Mind Together

“Personal purifying is the beginning of everything,” MacKaye said in Our Band Could Be Your Life. “Once you get your own mind together, it makes life for you and the people around you so much more agreeable and understandable.”

After Minor Threat split in 1983, MacKaye had a couple of false starts with influential but short-lived band Embrace. Looking to start a new project that combined “the Stooges with reggae,” he convened with Canty, who drummed in Rites of Spring, and Lally, who hung out at Dischord House, the home base of MacKaye’s titular label.

In 1987, MacKaye, Canty, and Lally booked their first show at D.C.’s Wilson Center without a band name. And, MacKaye later said, early reviews were decidedly mixed.

“People were kinda freaked out by it because they were expecting this real fast, loud, hardcore sound,” he told Louder Sound in 2014. “People were like ‘This is weird, you keep changing.’ Of course, we are, we’re human beings.”

Not wanting the project to be pigeonholed as “Ian’s new band,” MacKaye chose “Fugazi,” a slang word from Mark Baker’s 1981 book of Vietnam war stories, Nam, that stands for “fucked up, got ambushed, zipped in.”

“It applies to the band in the way that we view the world,” MacKaye said of the name in Our Band Could Be Your Life. “[But] it wasn’t immediately suggestive… It didn’t have any particular connotations to it. It was left to people’s imagination.”

Inspired by the straight man/foil dynamic of Public Enemy MC Chuck D and hypeman Flavor Flav, MacKaye enlisted Guy Picciotto, who was in Rites of Spring, to join the band—first as an onstage backing vocalist, then as a co-leader of the band.

While Minor Threat exhorted fans to change their lifestyles, Fugazi opted to lead by example. MacKaye and Picciotto decided their new band would only play all-ages shows, charge $5 for admission, and be interviewed for magazines they themselves would read.

Fugazi had to sacrifice a lot to make these policies work, barely staying in motels, routing tours to conserve gasoline, and even skipping meals. But to MacKaye, it was worth it.

“Everyone has to be able to come in,” he said in Our Band Could Be Your Life. “We don’t play shows that discriminate against people.”

And during the songwriting process, MacKaye didn’t monopolize their stances but “[sang] every lyric to us to make sure we were cool with the sentiment,” Canty said in Our Band Could Be Your Life. “He realized the importance of that, of making sure everybody was in on every decision.”

In 1987, the band recorded a self-titled EP at Inner Ear Studios with producer Ted Nicely. Two years later and well-oiled from constant touring, they returned to record their debut album Repeater, which came out in 1990.

Repeater’s tracks were written to be unpredictable. When something sounded trite, “then comes five hours of trying to put the parts where they’re not supposed to go.” Lyrically, they’re loosely themed around consumerism and commodification, full of aphorisms about the band’s autonomy. “Never mind what they’re selling / It’s what you’re buying,” Picciotto declares on “Blueprint” — a line that would seem to sum up the band’s heel-turn in perspective from Minor Threat.

MacKaye put it more bluntly on “Merchandise”: “We owe you nothing,” he shouts. “You have no control!”

Elsewhere, the band touches on gun violence (“Repeater”), bigotry (“Styrofoam”), and drug addiction (“Shut the Door”). But even on the latter song, about Mackaye’s brother Alec’s girlfriend Catherine Brayley’s death by overdose, the singer stays firmly personal rather than political.

“She’s not moving / She’s not coming back!” MacKaye screams, and the song’s here-and-now horror gives “Shut the Door” harrowing power.

Although Fugazi went on to record more well-received albums like 1991’s Steady Diet of Nothing, 1993’s In On the Kill Taker and 2001’s The Argument before their 2003 hiatus, Repeater stands on its own as a post-punk classic — and in MacKaye’s art, the point in which a “you” became an “I.”