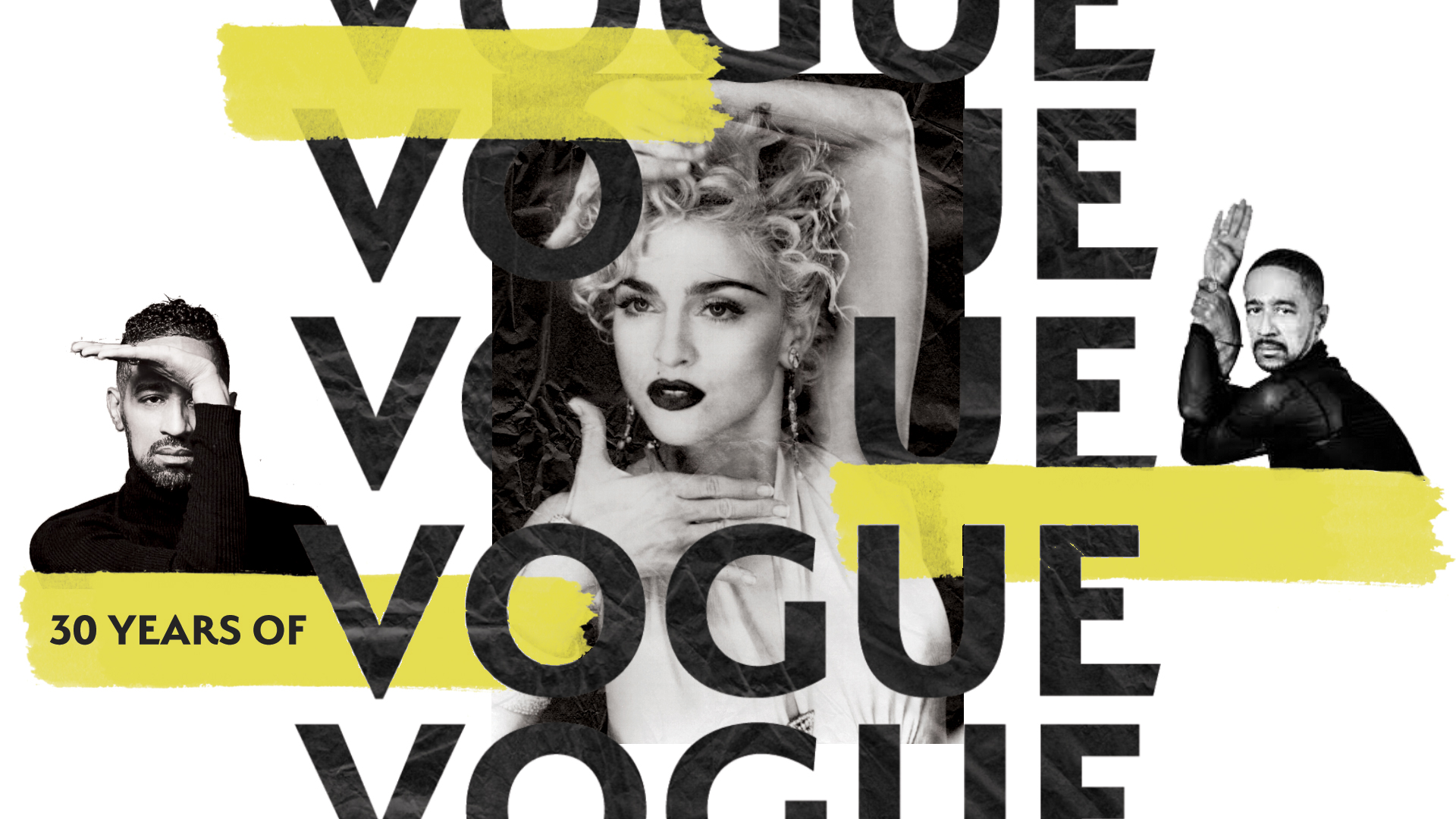 In spring of 1990, Madonna‘s career and creativity was on an upward trajectory. She was already an international icon and had successfully made the transition from ’80s pop star to global megabrand. The singer’s visual component played an arguably huge role in helping her become a phenomenon, as she questioned, pushed and confronted many accepted societal norms. In the early part of her career, this was mainly via her own overt sexuality. Yet unlike many other female artists, Madonna was not simply eye candy.

While she became synonymous with wearing ‘underwear as outerwear’ – I have never seen a white men’s tank top and boxers look better than when she dons this combo in 1985’s Desperately Seeking Susan – it was her ability to transform these then daring looks not into something to simply be consumed by the masses, but to make them a coat of armour. I was seized with the overwhelming urge to appear at my junior high school wearing one of my dad’s oversized dress shirt with garters (note: this would not have gone down well with my Italian Catholic mother)- not because I wanted people (boys) to look at me, but because Madonna made her fashion and attitude about showing strength, confidence and a celebration of being a thinking, authentic self. 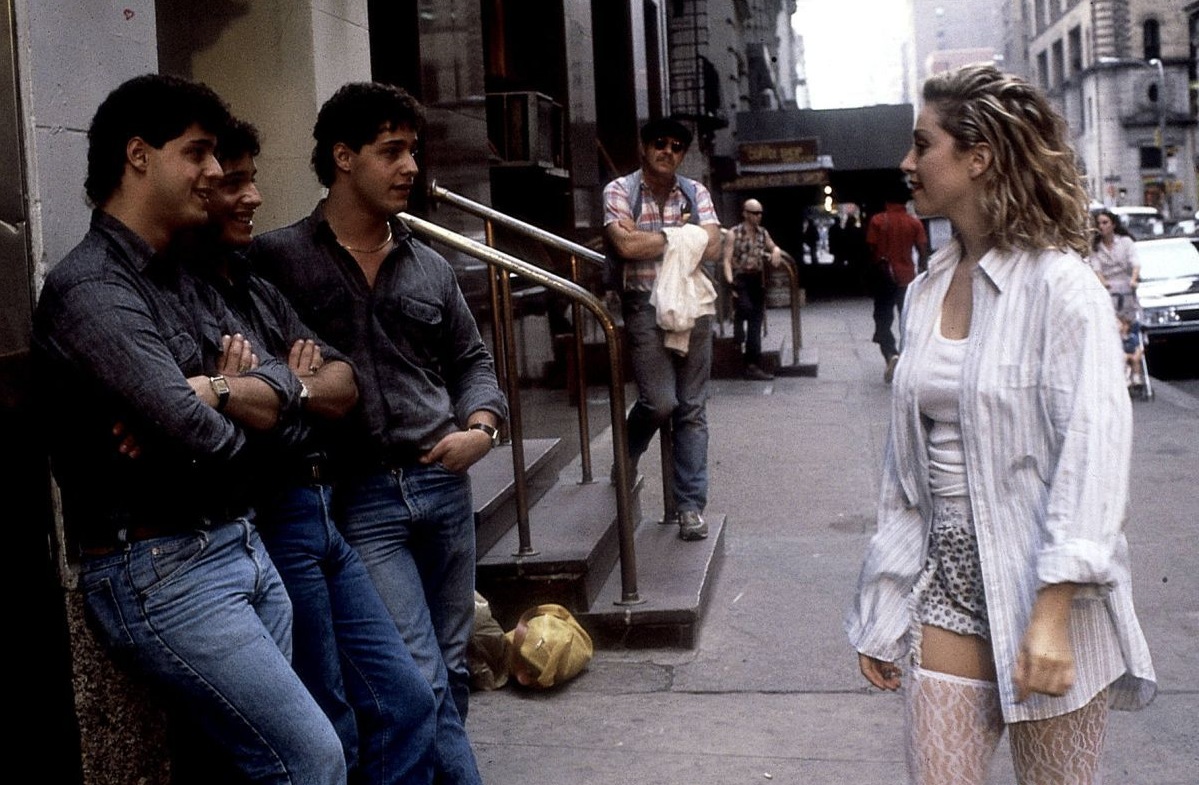 This last part is the hardest to grapple with, as if you dressed like Madge, it was easy to be seen as a blind acolyte helping fuel the multi-million dollar Ciccone machine. But if you were brave enough to scratch below the surface, Madonna was all about questioning gender and expectations, whether that was strutting around proudly in masculine attire or piling on yet another rosary on an already bead-ladled neck. Madonna taught me acceptance, not by TELLING me I had to be different, but by SHOWING. In the aforementioned boxer outfit, she never says, ‘LOOK AT ME BEING SO TRANSGRESSIVE!’ She simply flops around doing her daily Madonna things, as if she was wearing a T-shirt and jeans, not men’s underwear, and a holy piece of jewelry from the Catholic church. This made the [engaged] fan ask themselves, WHY NOT?, or maybe more importantly, WHY? to not question tradition.

Hence the stage was perfectly set for Madonna to drop the song Vogue at the start of the new decade and once again change everything. She was already a household name, still had a bit of a controversial edge- see the Like A Prayer video where she kisses a saint statue, so blasphemous!- and was dating renowned Hollywood ladies’ man Warren Beatty. The two were making the movie Dick Tracy together, with Madonna supplying the accompanying soundtrack I’m Breathless: Music from and Inspired by the Film Dick Tracy. Producer Shep Pettibone was brought in to work on a song for the album. He had already previously worked with the singer on numerous remixes and had been involved with the Like A Prayer single. It was a quick job for the seasoned professional; Pettibone wrote the backing music in under two weeks on the then shoestring budget of $5,000.

Vogue Was Supposed To Be A B-Side

Legend has it that Madonna had been clubbing at New York’s Sound Factory when she supposedly first saw young men on the dance floor striking poses and pulling their bodies into unusual positions. After receiving Pettibone’s cut, Madonna quickly penned the lyrics inspired by her recent experience and flew out to New York to record her vocals in a tiny 24-track basement studio located on West 56th Street; the booth where she worked was a converted closet. Despite the spartan surroundings, Pettibone later said that the singer laid down all of her parts quickly, in order and often in single takes. The rap in the middle of the song, name checking famous golden era celebrities, was conceived on the spot, with the two quickly making a list of particular favourites before Madonna put them to tape. By the time Pettibone finished compiling the song, it had been just three weeks from conception to completion.

The track was supposed to be the B-side for the next Like a Prayer single, Keep It Together. However, this plan was scrapped once Madonna’s record label heard the disco soul of Vogue. Though it had no clear relation to Dick Tracy aside from the Ciccone connection, the single was put onto the Breathless soundtrack. This was an astute decision, Vogue became a global #1 hit, reaching the top spot in over 30 countries and being the best-selling single of the year, with more than two million copies flying out of stores.

But the song was much more than simply fun chart fodder. The song’s significance was further reaching than any of Madonna’s previous endeavours. Vogue introduced gay culture to the masses. The dancing that the singer is rumoured to have randomly seen on a night out was much more than simply a bunch of boys having fun; it was a snapshot of an entire scene happening in New York at the time, mostly among the LGBTQ African American and Latino communities. The dance form immortalized in Madonna’s song was just one small part of the larger ‘ballroom’ events occurring in the city. For those not familiar, the ball consists of various ‘categories’ that people can enter and compete in. Each category is based on being the epitome of various stereotypes and classes, allowing for participants to both satirize these frameworks of gender and social mobility while providing an escape from their own realities. Lip-synching, dancing, and modeling are also part of each contestants ‘walks’, with trophies and prizes being given to the best and ‘most real’ within each section. For those that may have been discarded or disowned by their birth families, the ball culture created a space of acceptance.

When A Pop Song Becomes An Empowering Anthem Of Possibility

Though Vogue dropped in 1990, the ballroom movement has deep roots going all the way back to 1920s Harlem, where it was unlawful to wear clothes ‘belonging’ to the opposite gender. Although the early balls were integrated- a very unusual occurrence at the time- segregation was still prevalent, with non-white performers being banned from being judges at the balls and category winners being almost exclusively Caucasian. This rejection within their own communities encouraged black and minority groups to form their own events. Like she had with her fashion, suddenly Madonna made something that was ‘under’ visible to everyone. It is easy to say that she simply co-opted gay culture from her comfy perch of beautiful white blonde megastar. But let’s not forget- when Vogue dropped, the AIDS epidemic was in full swing. Gay people were feared and reproached in many straight communities, framed by the media as the spreaders of the devastating plague, made to seem like dangerous monsters. However, Vogue changed much of that. The video, packed with gorgeous and unapologetically gay dancers, is glamorous, classy, and stylish, reimaging the ‘scary’ gay community as beautiful, timeless, and aspirational. For queer youths living in suburban and rural areas, suddenly they had at least a fleeting glimpse of a possible life outside the daily terror of being outed. The last-minute inclusion of Hollywood greats in the song’s bridge also aligns the song, the idea, THE DANCE, the performers with an enduring trait of canonical sacredness, creating a definitive ‘before’ and ‘after’ point for not just the track, but the acceptance and mainstreaming of a once alienated group.

With the current, often disposable nature of playlist culture, it is almost inconceivable to imagine a song not only having the ability to still fill dancefloors decades after its release but to have tangibly made a shift for a better world. Madonna’s magic at both ‘hiding’ (it’s a black and white Hollywood noir video) her message and meaning (lyrics about an underground gay culture) in plain sight of heterosexual acceptability allowed her to create something that laid the groundwork for so much that came after. Like the image of the old crone / beautiful woman, Vogue allowed the listener to take what they wanted and needed from it- a groovy bootie shaker or an empowering anthem of possibility. 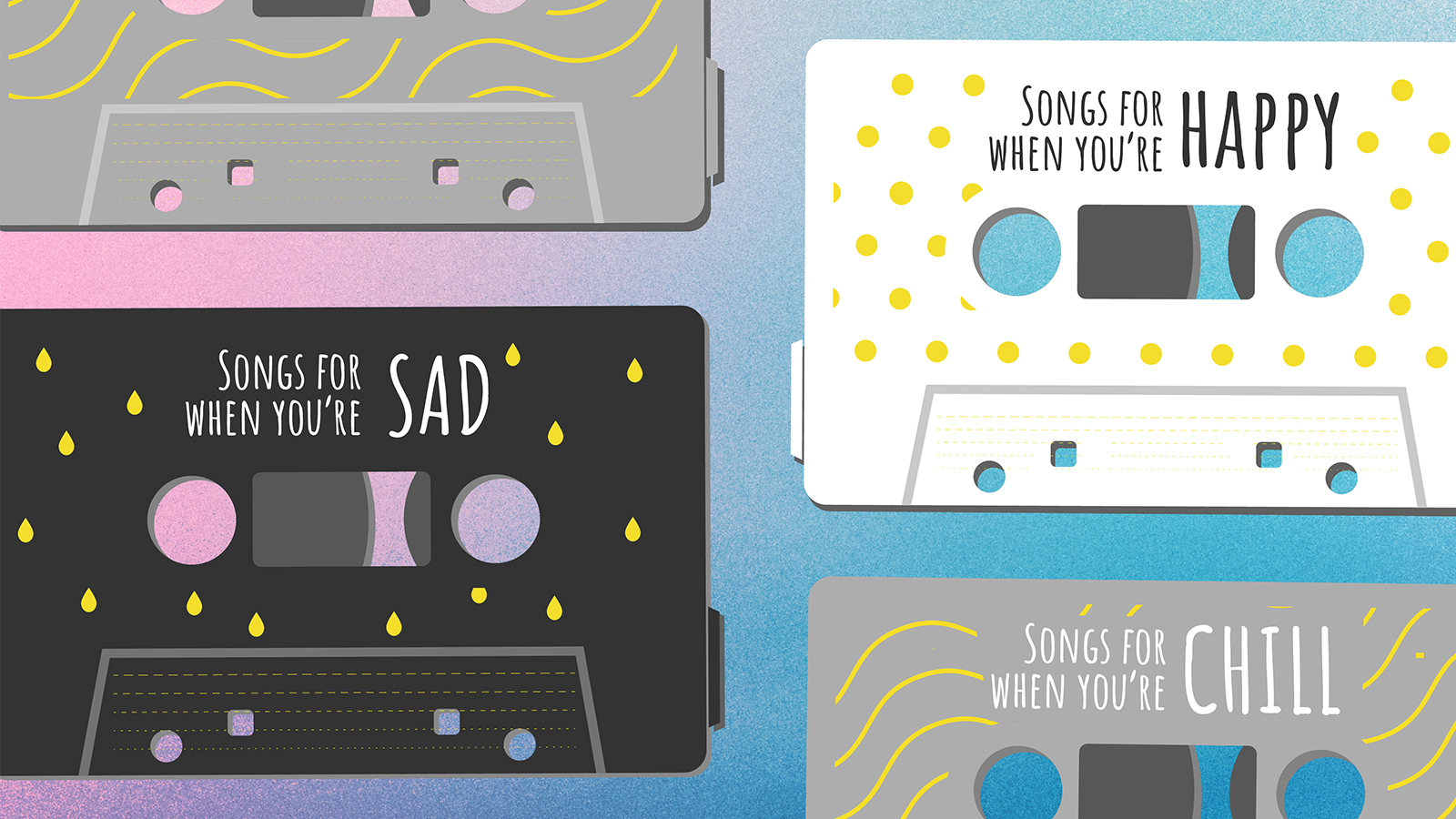