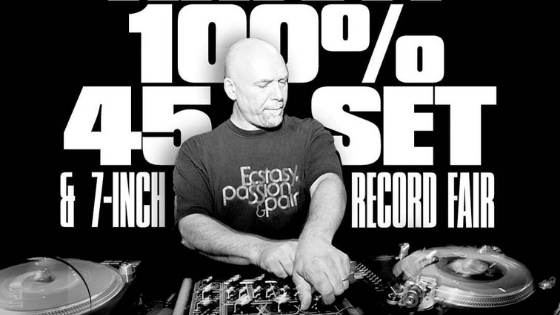 Ahead of Danny Krivit’s all vinyl 7-Inch 45 set and mini record fair in Brooklyn on September 12, we sat down with the seminal New York DJ to talk about growing up with Nile Rodgers, the legacy of the Loft and picture cover obsessions.

“I’m sorry,” says Danny Krivit laughing as he pulls out box after box of seven-inch records from his bag. We’d discussed earlier bringing a small selection of his favourite 45’s but clearly this is a challenge when you have 80,000 records.

I’m sat with the DJ and king of edits in Brooklyn’s Mixtape Shop record store ahead of his all-vinyl 45 party and mini record fair on September 12. “I’m a vinyl junkie” he says. “Growing up in Greenwich Village in the 1960s, I was surrounded by music and all I wanted to do was buy more records.”

Krivit’s musical upbringing was impressive, to say the least. His mother was an accomplished jazz singer and his father managed Chet Baker before opening The Ninth Circle, a Village spot where Danny worked as a youngster and met the likes of Janis Joplin, Jimi Hendrix and John Lennon.

His home was another source of musical inspiration, with The Rascals regularly practicing their hits on the Krivit family piano due to their manager Sid Bernstein living upstairs. Creed Taylor and Nile Rodgers were close friends too however records remained his focus.

“When Andy Warhol’s club The Dom closed in 1967, I managed to get their Altec Valencia A7 ‘Voice of the Theater’ speakers. They covered my bedroom windows but I bought a second turntable and a mixer, and I started experimenting.”

This experimentation led to programming music and DJing at his father’s two clubs, promoting and DJing at his own after-hours club, immersing himself in the underground scene and perhaps most importantly of all – meeting DJ David Mancuso and The Loft. It was there he began his long-time friendships with DJs Larry Levan and Francois Kevorkian.

“The Loft and the Garage were the mecca of the best DJ’s and really what I consider to be the best music, it turned me onto a lot of things. Together with the Gallery, the Sound Factory and Shelter they were the small handful of influential clubs in history where the resident DJ actually kept their records collections, which had a large effect on the freedom and depth of their programming.”

Danny and his girlfriend at the time would regularly skate over to the Paradise Garage, where Larry would let them skate around the club while he checked out some of the new records that week on the sound system. The Garage remained Danny’s main playground until it closed in 1987 and one was one of only a very small group of DJs to play there.

“Larry had an extreme personality, you felt his presence as soon as he walked in a room. He had very strong DJ emotions and instinct as well as a lot of integrity in the music and the direction.”

“He wasn’t afraid if he played a record that cleared the floor – in fact, he’d keep playing it until it was the new favorite. He was never afraid to go against the grain and was a very strong voice of influence to a lot of influential people.”

Just like Levan, Krivit is well known for conveying emotion and telling a story through his selections. “That’s the way DJ’s of that time played. I come from that school where music is talking to you. My whole set talks to you, without me thinking about it.”

Krivit has traveled as a DJ a lot throughout his career. One of his most frequent and favorite spots in Japan is Precious Hall in Sapporo, where rumor has it the sound system was assembled with the help of David Mancuso himself. “It attracts a young crowd who are highly educated in the culture and have a deep understanding of where it originates from,” he explains.

It’s obvious that his experiences in the 1970s and 1980s have had a lasting effect on him, informing almost every move he has made since. His legendary Body & Soul night, co-founded with François Kevorkian and Joe Claussell, is a perfect example of this.

“Francois was often disappointed with his experiences playing out at the time and as we talked more about this we built a blueprint of what we thought was an ideal situation, which ended up being Body And Soul, the first Party we had 70 people show up, then 100 and then 800. It’s wasn’t focused on success, just doing what we actually believed in and playing the music we loved.”

“I remember Francois playing a dub reggae record peak time and some people leaving the floor. He was glad they left, it was like a cleansing, as they weren’t prepared to appreciate the music. It takes courage to do something like that and I admire that.”

For the past 15 years, he has consistently cultivated his 718 Sessions party, a monthly residency that offers a unique window into New York dance music culture. this week he throws his all 45 vinyl party too. “Playing 45’s is a new phenomenon, I collect and play a lot more than I used to. I have a lot of 45 records which is why I’m so into collecting picture covers, it really adds a lot of dimension to the way I relate to them.”

As we talk about the 45’s he brought with him, a constant theme appears. He refers to many of them as simply a good record regardless of rarity. “I don’t think a 1000 dollar record is necessarily a good record.” he says.

As he approaches a half-century DJing how does he see the New York of 2019?

“The Greenwich Village of my youth was a lot slower, things grew in a certain way. It was also less expensive which meant you could take a chance – just like the Paradise Garage open two nights a week and with no liquor.

“New York feels like a bubble about to burst right now with real estate and rising gentrification. I like to think things find their way, like grass growing through the cement.“ 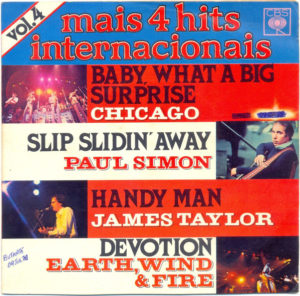 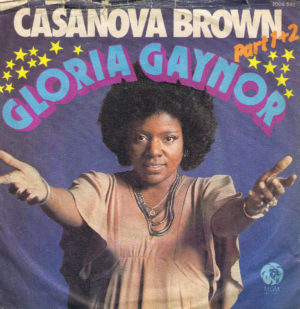 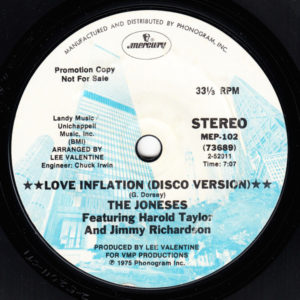 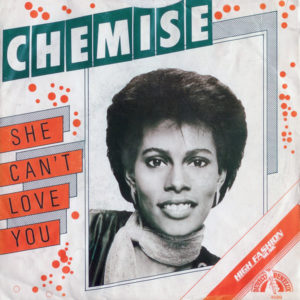 Chemise – She Can’t Love You 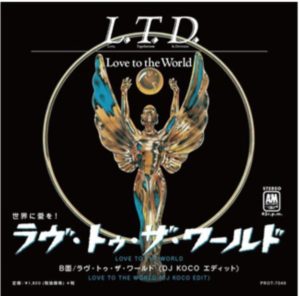 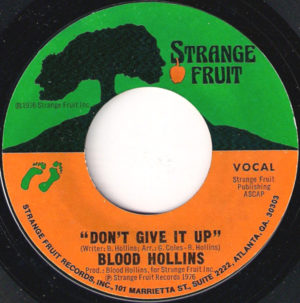 Blood Hollins – Don’t Give It Up 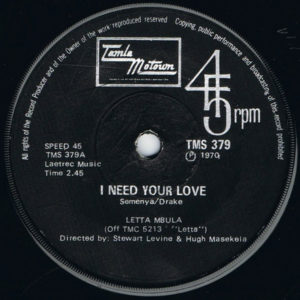 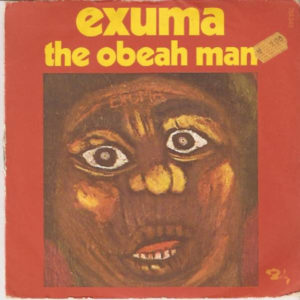 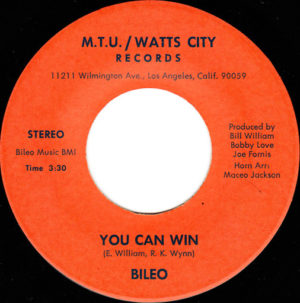 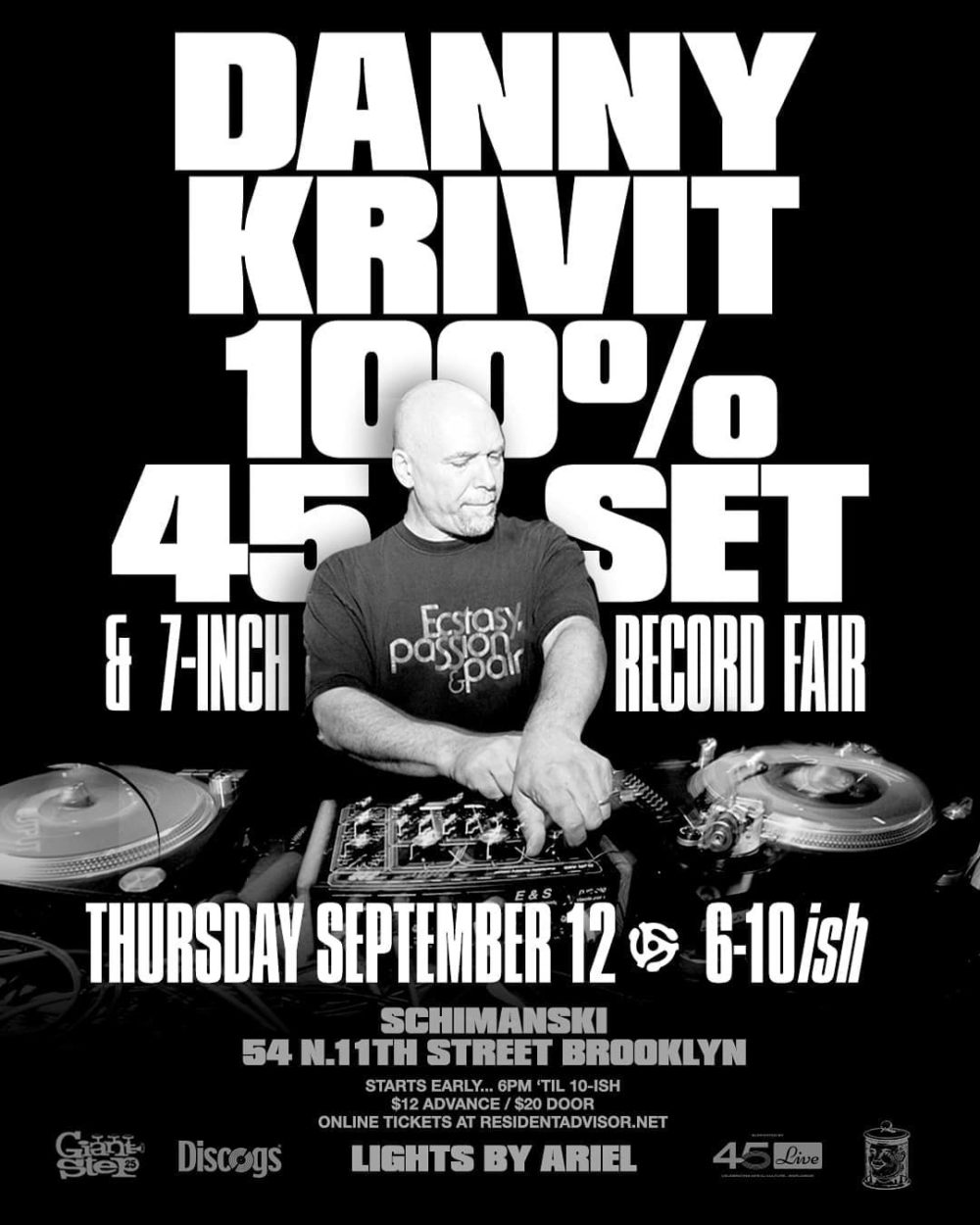