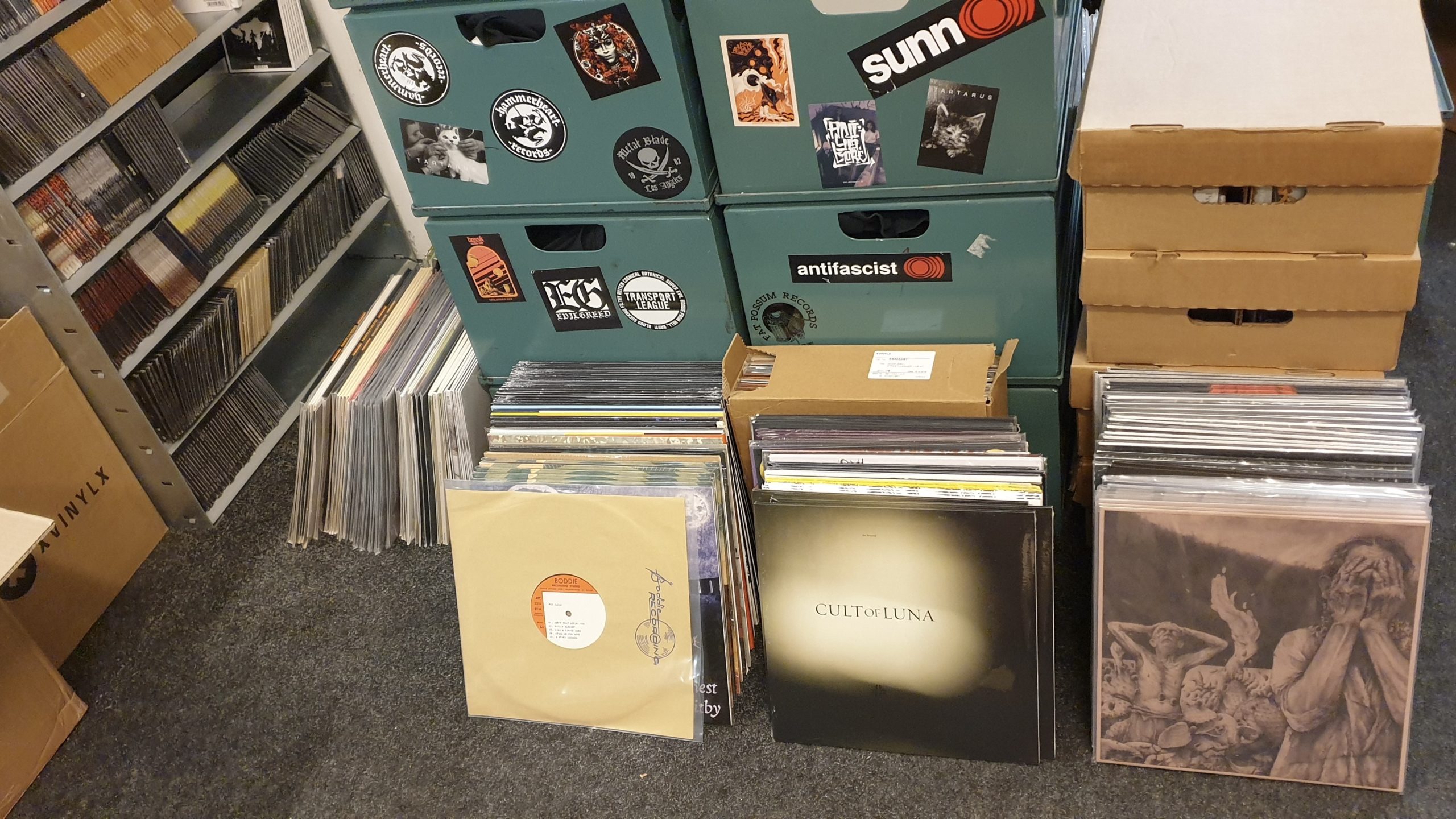 Since 2008, Burning World Records has specialized in the unconventional and unique, waving the flag for doom metal, black metal, drone, psychedelia, stoner, industrial, and experimental music. Their recipe for success? Founder Jurgen van den Brand’s explanation is simple enough: “We go where the interesting music takes us.”

This prevailing ethos has guided Jurgen throughout his many contributions to both heavy music and the Netherlands music scene. In 1998, he co-founded the now world famous Roadburn Festival with long-time friend Walter Hoeijmakers. His label, Roadburn Records, was launched in the same year as Burning World. While Jurgen is no longer directly involved with the Roadburn Festival (Hoeijmakers has taken the lead since 2015), the festival and the label have found a harmonious co-existence.

Discogs: How do you select music for your mailorder and label?

Jurgen van den Brand: The basis is my taste in music and what I think is good music. We booked those bands on Roadburn, and I try to buy the records that contain that music for the mailorder. And, same as the festival, the scope is pretty broad. From the original bands, say Blue Cheer, Guru Guru, Groundhogs, and Leaf Hound to the latest incarnations of Icelandic black metal or drone-rock like Tau, Anna von Hausswolff, or Neptunian Maximalism.

Starting as a mailorder, Burning World joined Discogs in 2010. Jurgen is quick to note a slight difference between the two, preferring to use Discogs to promote labels and acts he personally enjoys such as Guru Guru Brain or Bongripper, instead of his label’s releases. Big thanks to Jurgen for taking the time to answer our questions and for using Discogs for over a decade.

D: How long have you been selling on Discogs?

D: What values do you try to stick to when it comes to running your store?

JB: High-quality records for a reasonable price, plus customers can always make an offer!

D: What sets you apart from other sellers on Discogs?

JB: The selection and variety of titles in the genre — I buy from many different sources, bands, labels, wholesalers, and distributors worldwide. I cofounded Roadburn Festival way back in 1998, so people kind of trust my taste and know that when I add something to the store, it will be a great (or at least interesting) record!

JB: I don’t know if you can overcome it. [The act of] talking to someone in person, getting to know them, and advising on what to buy… Mailing back and forth is just not the same. We try to give the buyer a broad choice of great and interesting records, maybe just outside their normal taste.

D: Which Discogs feature helps you the most as a seller?

JB: That people get an email in their inbox when an item goes on sale. I’ve had many collectors items that sold within a few hours of going online as people get the notification in their mailbox. As I said, we use reasonable pricing, so they know they will get a good deal when they buy it from us.

D: What would be your #1 tip for new sellers?

JB: Treat your customers with the same regard as you would when they are in front of you. You can say something when they are rude, but always have respect.  Also, remember that some do not have the ability to write in 100% perfect English, so some messages will read harshly at first. When you engage people, most will want information and reassurance on where their record is.

JB: The usual answer: people like to have an item in their hands, look at the sleeve, support a band, etc. At least that is why I still buy (a lot of) records.

JB: Not that much to be honest. You learn a lot along the way by doing it — being active, buying, and selling, you really need to experience that. It’s just not the same to just hear it in a story or as a warning.

D: You sell to buyers from all over the world on Discogs. What is your most memorable Discogs order?

JB: Orders can be special for all sorts of reasons. Getting orders from China was surprising in the beginning (great, they also like this music over there!), or getting orders from famous people or people in bands is also great. Big orders are always fun as you can see what people like and strike up a conversation about music.

D: What are your current music recommendations? Give us 5!

JB: To be honest? Probably Amazon. If you are looking for a deal, look no further. Majors are dumping their overstock now and again at bargain prices. Why don’t they offer that to regular stores? I don’t know. But now, when most shops are closed, I keep a close eye on what Amazon offers. Once a week, there is a good deal to be had.

JB: The next installment of the Black Sabbath box set series: Sabotage.