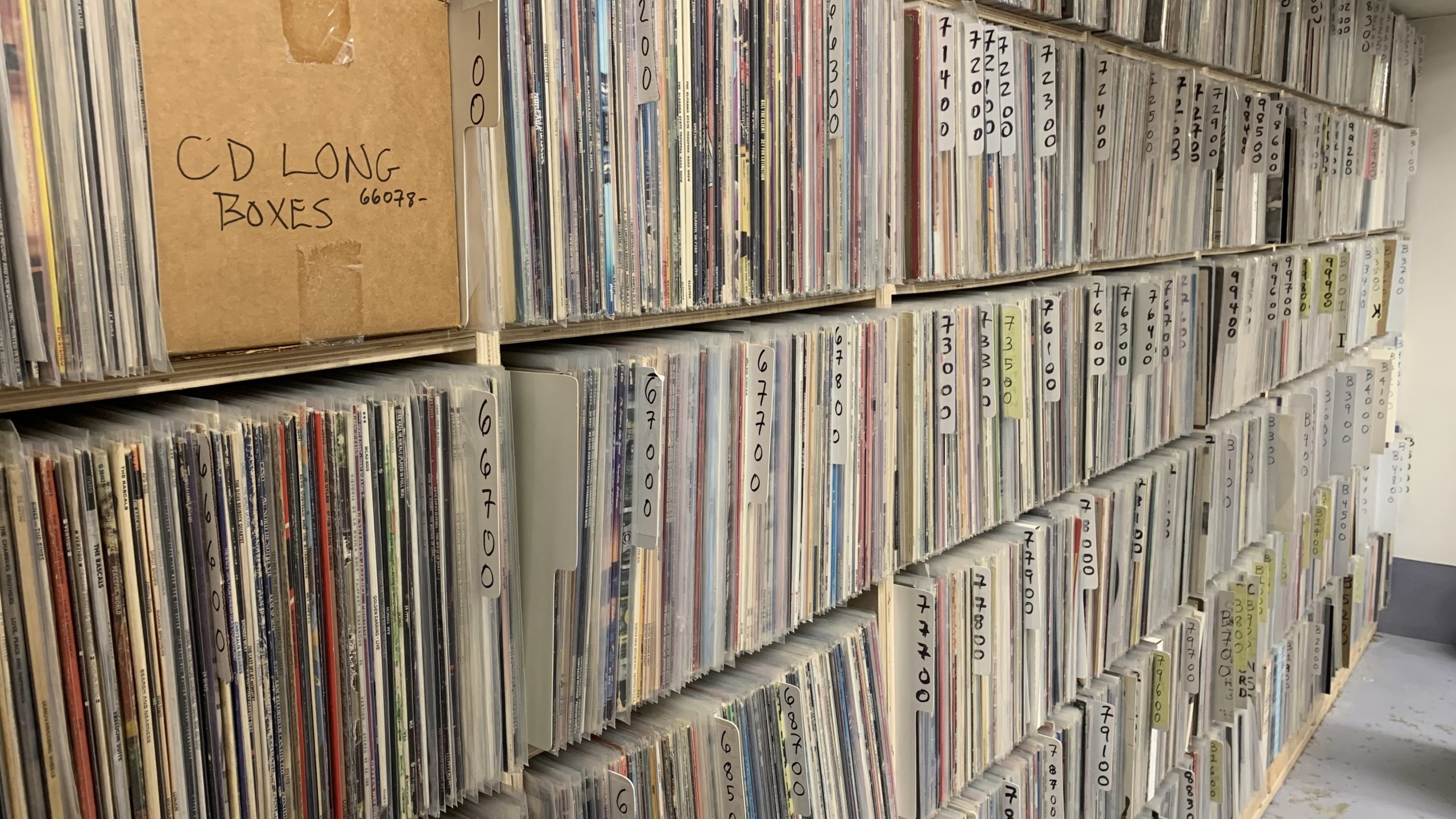 Prog rock superfan Mikel Orsborn, AKA Mighty Vinyl, is a bit of an OG when it comes to selling records online, having set up his first store, “Supper’s Ready Collectibles” (named after this favorite Genesis song), in the early ‘90s. He was kind enough to tell us about his earlier days as a seller on a pre-Discogs internet.

Mikel Orsborn: In the late ’70s, I began reading Goldmine Magazine and Record Collector and discovered a whole WORLD of cool, unique releases out there that weren’t carried in my local Tower Records store. Working in a record store from 1980-1984, I’d been able to obtain a slug of promotional records, which I augmented with my purchases from new and used record stores, thrift shops, and estate sales. I had amassed something like 4,000 records and told my girlfriend at the time that it was all an investment. She said, “if it’s an investment, that means at some point you have to start selling stuff.”

I realized she was right, so around 1992 — armed with my very first Apple Macintosh computer and a database program called Panorama — I began to document everything in my collection. My first sales came by sending printed lists of items to collectors who posted “Records Wanted” ads in the back of Record Collector. One of my early sales (which I still kick myself for today) was my sealed Mobile Fidelity UHQR pressing of Dark Side of the Moon to a collector in Italy for $500.

I moved fully into the digital age around 1994 with my first online store, which I created myself using Netscape Navigator Gold. Each page just had static images of the database, and customers had to email me to make a purchase as this was long before online shopping cart technology was available to the masses. Customers had to mail cash or money orders, as this was a couple of years before PayPal came around, and I wasn’t a big enough concern to get a credit card merchant account.

The first music marketplace that came along that I was aware of was GEMM in the mid ’90s —  I joined up fairly early and quickly began getting most of my sales there. I also was an early adopter of Music Stack, working with them from 2002. Around that same time, I decided I needed to “go big or go home” and get a REAL website with shopping cart technology tied to a credit card account. I worked with Mobile Penguins, a local developer in Seattle, who developed my first real e-commerce website using the mightyvinyl.com domain name.

I finally pulled the plug on that first stab at a real webstore around 2005, as 95% of my sales were coming through GEMM and Music Stack (and Alibris and CDandLP and other similar sites). And then, along came Discogs, which I joined in July 2008.

I’ve always considered mine a “hobby business” as I’ve had a full-time gig in industrial sales for 33 years now. Still, with nearly 80,000 items in inventory (which I’ve been furiously trying to get added to Discogs ever since July 2008!), it’s a pretty darn BIG “hobby business”! 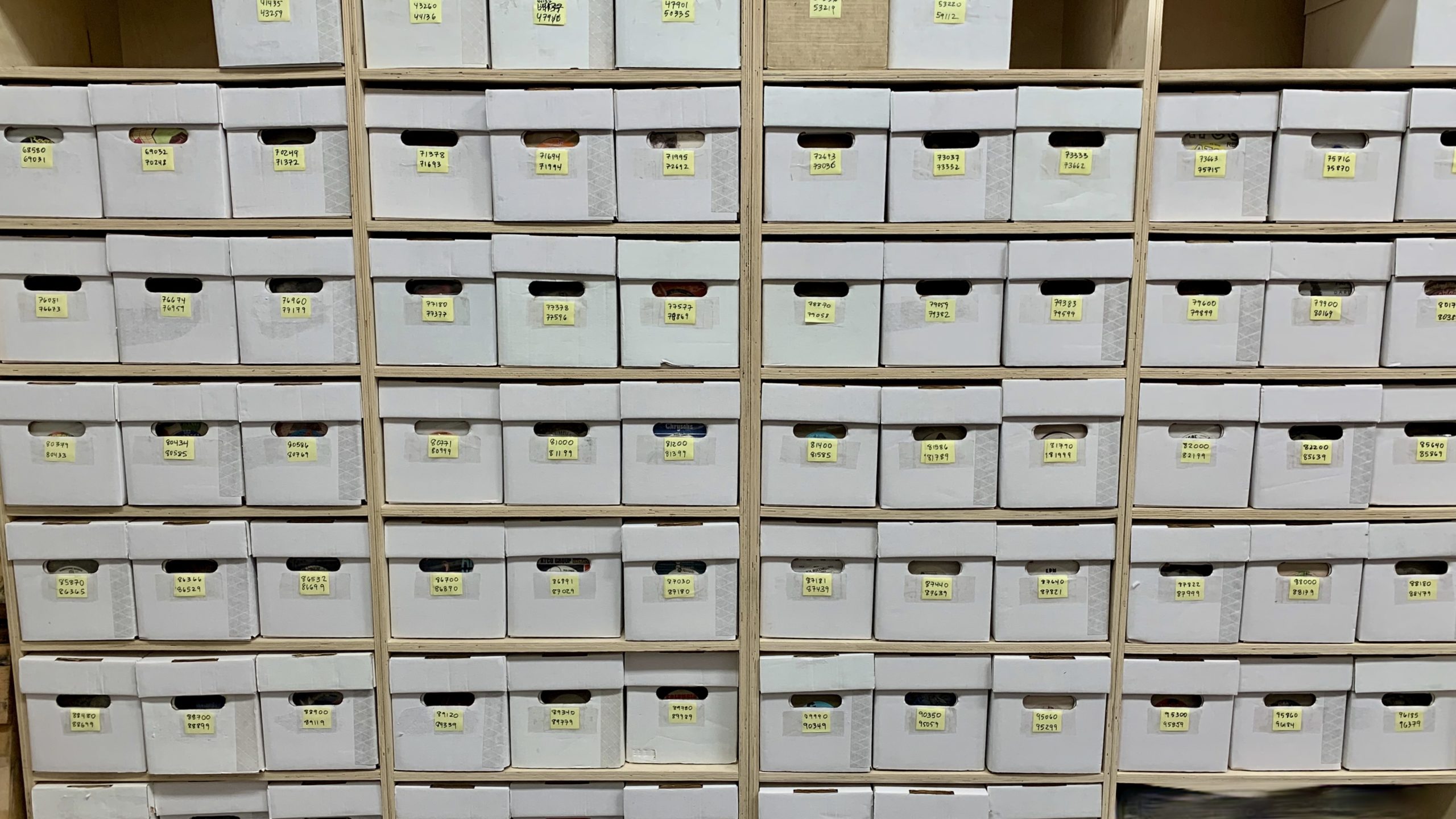 D: How long have you been selling on Discogs?

MO: Marillion’s album Marbles, first issue vinyl pressing, for $2,500 to a former executive and member of the ownership group of my beloved Seattle Seahawks!

MO: Daily additions to the inventory, with anything sold through alternate channels removed immediately from the online store.

D: What values do you try to stick to when it comes to running your store?

D: What sets you apart from other sellers on Discogs?

MO: We specialize in rare & coveted Japanese vinyl with thousands of titles procured annually via 1 to 2 annual buying expeditions. Each trip is typically 2 to 3 weeks.

I also ship 95% of all orders within 24 hours of payment with VERY secure, professional packaging. We take our reputation seriously and would rather have a satisfied customer than a few additional dollars, so we try to resolve all disputes to the customers’ benefit without regard for our bottom line (within reason, of course). We also focus heavily on sealed pressings of modern prog rock from artists like Marillion, Porcupine Tree, and Steven Wilson.

MO: I’ve never had a physical storefront, so not certain I can answer that question!

D: Which Discogs feature helps you the most as a seller?

MO: I love the newsletter showing recent sales trends and the most valuable sales over the previous months.

D: What would be your #1 tip for new sellers?

MO: Focus on quality in grading, packaging, and service and sales will follow.

MO: There’s something about holding the tangible item, especially a vinyl LP or picture sleeve single, that can’t be replicated by the download experience. It’s like the difference between seeing a show on TV or being in the 5th-row center at the actual performance.

MO: That inventory will grow to fill the available space and then continue growing.

D: You sell to buyers all over the world on Discogs. What is your most memorable Discogs order?

MO: I received an order for a Marillion album from Steven Wilson of Porcupine Tree, who has also produced some of their stuff and remixed some of their 5.1 surround reissues. It was an autographed album I’d obtained from the band when they played a tiny club in Seattle in 1985 with their original lead singer, Fish.

Amongst other celebs, I also received an order from Henry Rollins, formerly of Black Flag. When I inquired, “Are you THE Henry Rollins?” he drolly replied, “Yes, it is I.” LOL!

D: What are your current music recommendations? Give us 5! 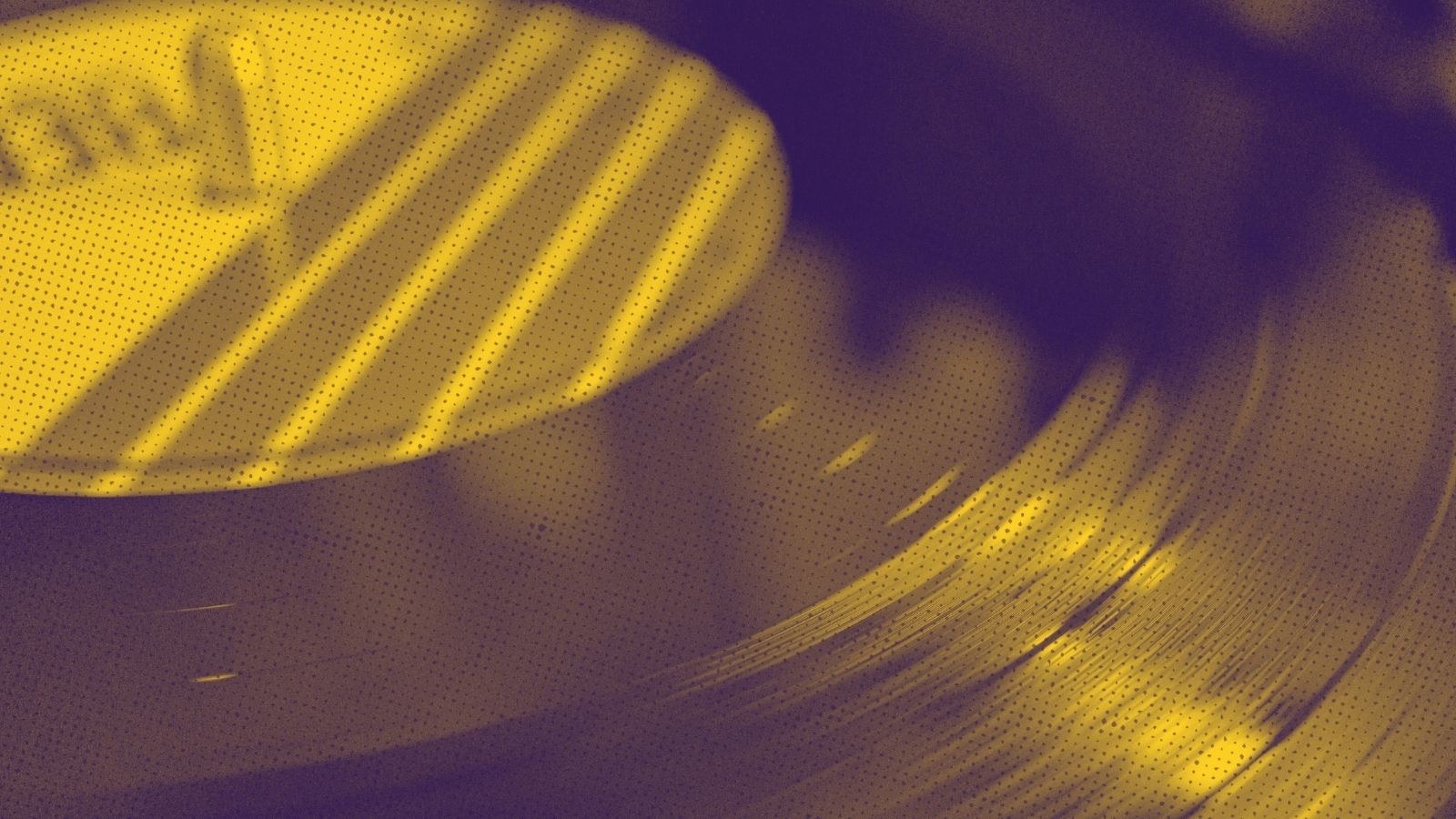 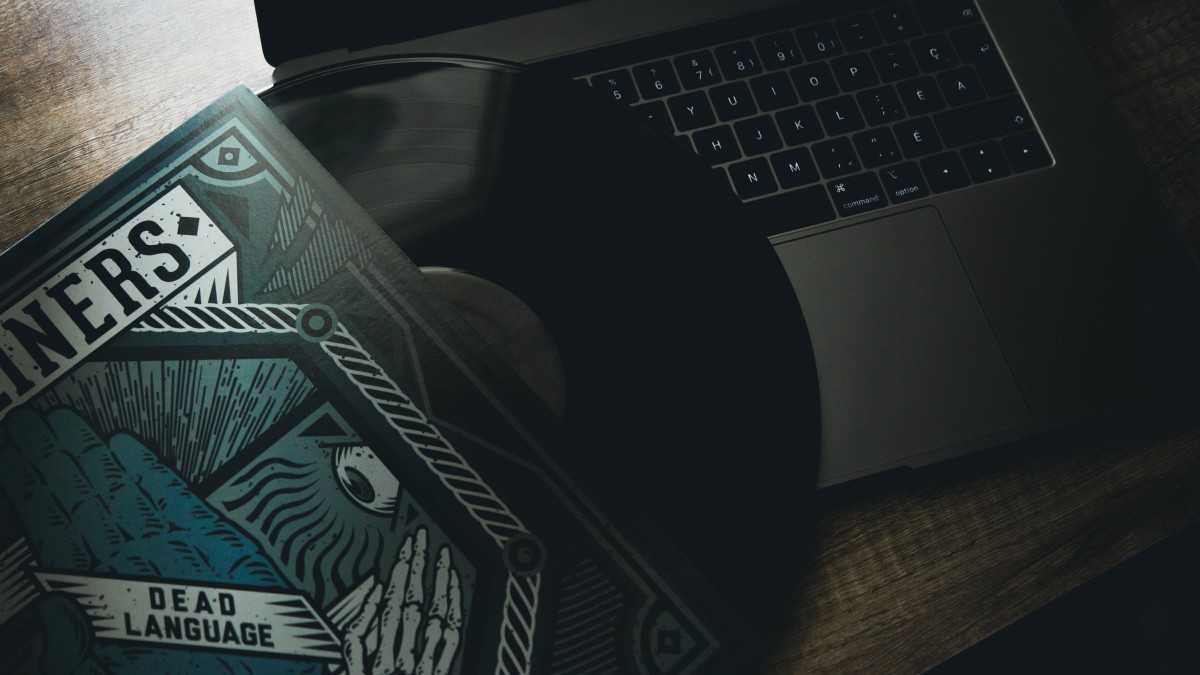 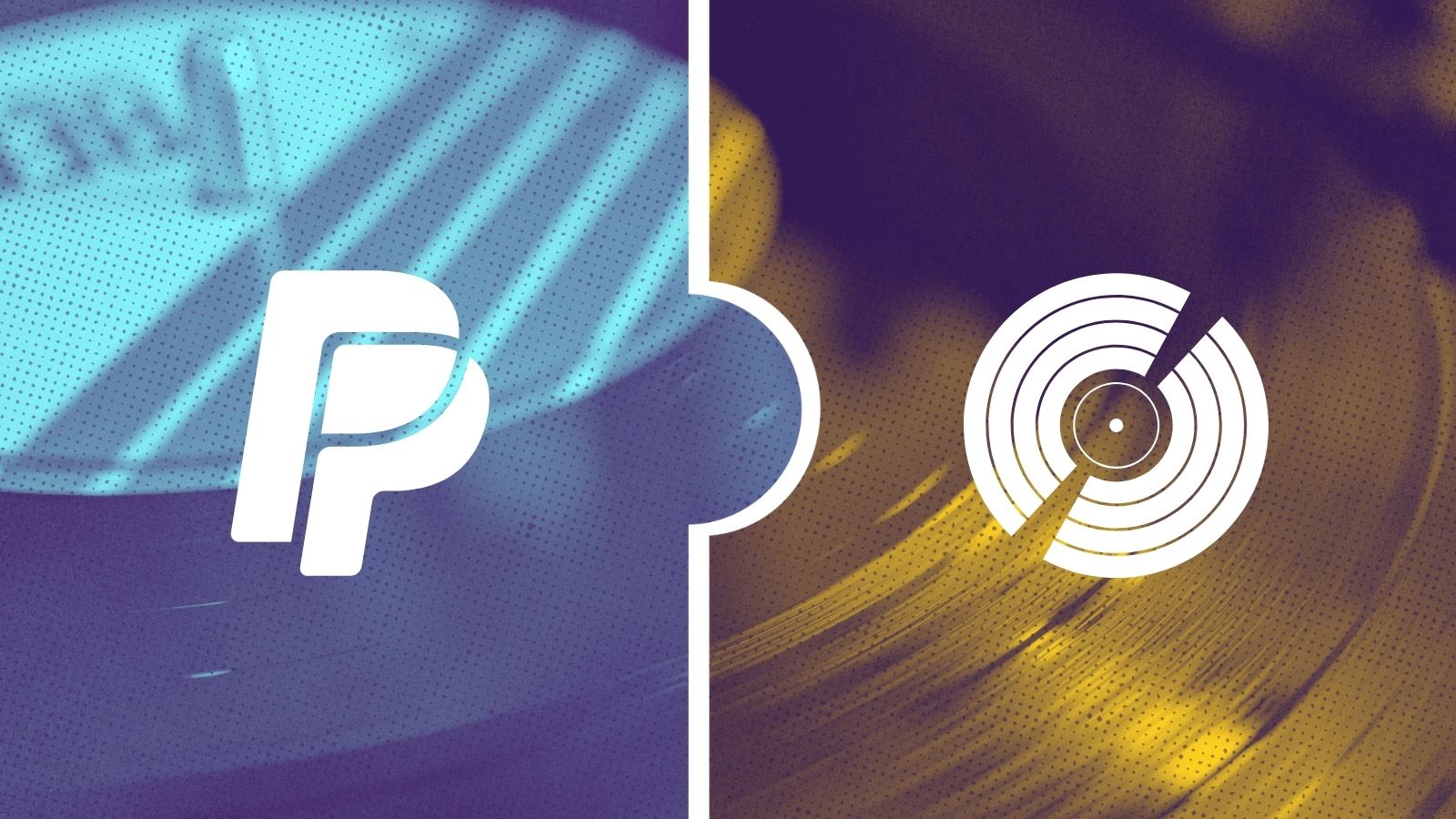