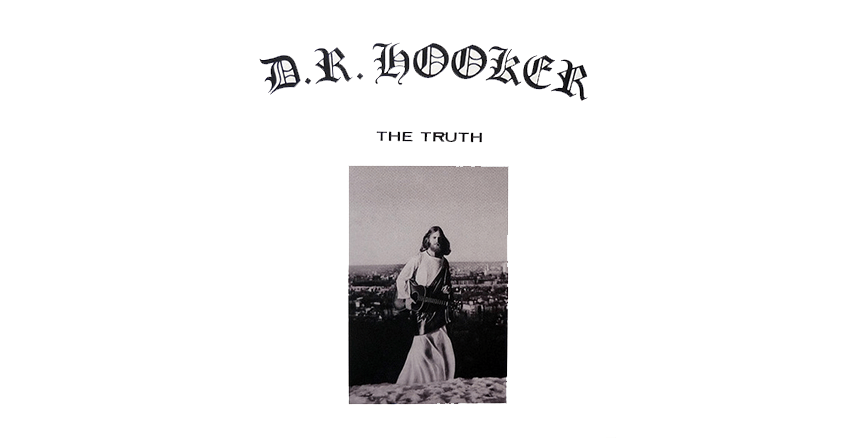 It began with a list. Scratch that: it began ten years prior with a box of late 70’s / early 80’s VG arena rock in a good friend’s bedroom and what I thought was going to be an at best vaguely listenable local Christian folk record. When we brought it back to my parents house, where I was living at the time, I put a needle on it and was hit with a foghorn… and then fuzz… and then weird synthesizers? Oh, hello! Some quick research later and suddenly we realize we’ve found one of the real-life holy grails of psychedelic rock. As much as I didn’t want to at the time, we sold it and got $860, which was pretty wild for some just out of high school college students. Before doing so, though, I recorded it
to my computer as some 320 MP3’s and it lived on my hard drive and got many listens in the years to come, only solidifying my intrigue with this record. 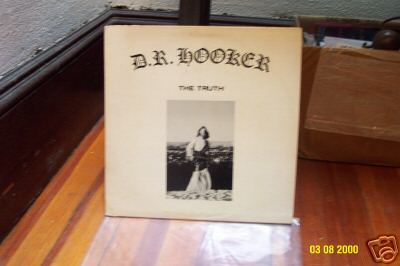 Who was D.R. Hooker? Why was so little known about him and this record? What else could I find out?

Going back a bit further, maybe 3 or so years before that, I found The Workshop at a thrift store. Another amazing local record that had the same catalog number prefix (XPL-) and recording studio from New Haven, Connecticut called Dynamic. About that list. Some time later, not sure exactly when, I started to note XPL releases using the List feature. After some time, I managed to fill it out more and more and finally, a few months ago, I got a message in my inbox that I would have never dreamed of:

I am Tom Sokira (aka Samot Arikos) owner of Dynamic Recording back in the 1970’s.
I’m curious how you found the XPL series lp’s we produced as it was all custom private label etc.

I find I have a collection of never played test pressings from the XPL series which I might be looking to get rid of.

I would appreciate any thoughts you may have on this subject.

Once I calmed down enough to be able to type again, I followed up and he sent a list. Everything from college a cappella choruses to local rock groups and two different versions of the D.R. Hooker album. I’ll get into that in part 3, though. Let’s start at the beginning because this is all pretty wild. Prior to Dynamic, Tom also ran the Standord and Klik labels in the 50’s, which launched one of the best known Doo Wop songs of all time, “In The Still Of The Night” by The Five Satins. Some of the details here are redacted per the request of my editors.

We were a couple of bad-ass New Haven wise guys (so we thought) trying to break into the New York record racket.

We were pretty damn lucky to have survived the threats, lawsuits, payola scams and all the other foolishness. [T]he record biz was and still is a very funky…business. Back in the 50’s the doo wop stuff made it worse.

Back then any dumbass could grab a few guys off the corner and cut a tune. The DJ’s were usually willing to play a record but $$$ kept them playing it. Like the “Old Payola Roll Blues” (Stan Freberg). If you got lucky you could make a big score.

By 1957 the Feds got involved big time and started to clean up the mess.

Tom here went into detail about some of the more shocking details of the seamy underside of the doo-wop business at the time. Those were truly some of the wild west days of rock & roll. Some people I knew about, some I didn’t.

Some time after, Tom started up Dynamic Recording Studios, also in New Haven, CT. A small detail caught my eye in one of his replies that I hadn’t really considered before about how vinyl production was affected by the 1970’s oil crisis:

The 1970 oil crisis put vinyl feed stocks on allocation so the major labels and pressers got first dibs. Presswell and the other pressers had to service their volume users, so us little guys had to scramble around. Rite Record, being mainly contract, was using enough vinyl to be able to service most of their smaller clients, so we switched to Rite. Rite was a full-service operation; labels, jackets, mastering, etc.

Just send the tape and artwork (with $$$) and you got records. No more mastering sessions with George in NY, which saved a few bucks.

Rite’s quality was good enough for most private labels, and their mastering guy always followed my eq specs, so it all worked out ok.

When I asked about the D.R. Hooker sessions, his memory was a little fuzzy and details came back in leaps and bounds:

It seems I cannot recall any out of the ordinary events. The sessions went smoothly I think, with the various guys DR had chosen for tracking coming and going as required. A lot of rock sessions with not quite pro groups often involved a lot of silliness, bickering and prima-donashy attitude. Not so with DR, it seemed more cerebral, like a lot of jazz or more serious type groups.

Some of the guys on the session had been at the studio before and all were professional more or less.

I recall having to prepare “special effects” drop-ins for DR. For instance the thunder from Weather Girl was pulled from a live stereo recording of a thunderstorm recorded off my back porch a year or so before. The ocean sounds were from a SFX tape we borrowed from some one. Other sounds were Richies analog ARP and my audio oscillators etc. This was 1972, not much digital stuff yet.

I recall the usual “punch-ins” needed to replace a missed cue or sour note on a track, just the usual stuff one deals with at any multi-track session. On that subject I think we used a Scully 280-8 eight track 1”” tape machine. Also had a 16 track 2” MCI but pretty sure it was a 8 track production. I think any angst with the DR job came at mix time.
I did all the track lay-down but a lot of the final mix sessions were at night and often handled by Paul Saffioti who did a lot of the night operations. As I recall, some of the mix sessions were lengthy. I think DR fell into the fix-it-in-the-mix trap. Some mix sessions could be long and tedious, the record being a 12 hour mix session with Richie
Sanders presiding, all for just 1 tune!( not DR stuff) I don’t think there were any mixes with DR of that magnitude but the fact that we remixed and re-mastered highlights the re-mix temptation of multi-track recording. Too many possibilities for mixing after production can often lead to an attempt to make the “perfect” mix, which rarely exists in reality.

I do recall interesting discussions with DR during idle time. Religion, philosophy etc. were usual topics. DR was into Jehovahs Witnesss experiences at that time so he often discussed that. The studio piano tuner was a devout Witness, so much so that he spent 2 years in Leavenworth as a conscientious objector during WW2. DR was quite impressed with him, I think. DR was a very interesting person and quite up on stuff of interest. He gave me a Bible, autographed the flyleaf, suggesting I do Bible study with the “piano tuner”. I still have it. 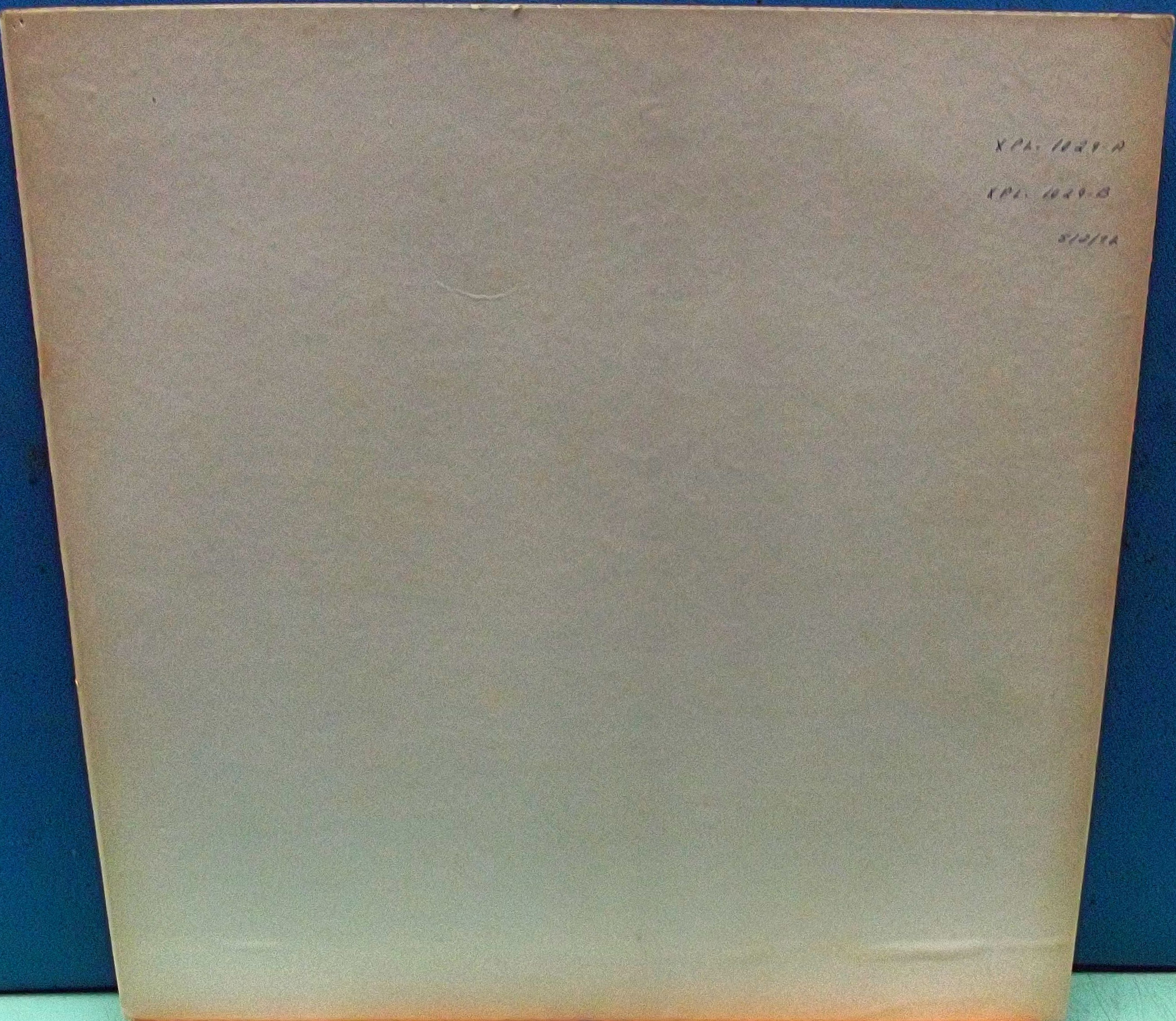 It is interesting to note that there are two Hooker TP, dated 5-2 and 5-31 1972, matrix numbers 1NSP for 5-2 and 2NSP for the release of 5-31-72. These were pressed at Presswell in N.J. Metal either Audio Matrix or LongWear. Mastering was with George Piros on all XPL series except in early 1975 when Rite Record was used due to vinyl rationing at that time ( another story for another time).

That explains the long time interval between the two. You can also see the difference in the audio spectra of the two versions.

As to the Hooker 1 and 2 TP’s, there are two mixes. The final release matrix 2NSP (remix) dated 5-31-72 is what he was selling.The remix made changes to both A and B sides in various places so it is a different record I suppose. I read where some people say only 99 were pressed. I’m sure we ran much more than that but I don’t have any company records to verify with. I think 99 is an urban legend. Also Don was not tight with $$ so he would have sprung for more. He was an interesting guy.

The dates are from the TP jacket. Actual product delivery ran 2-3 weeks after approval of the TP by the client.

Any XPL after Nov. 1975 would not be by Dynamic as we sold the studio at that time. Thus most of the Weston Monks were not my production, only the first two. The Monks apparently kept the series going after the first two releases. I don’t know who did their recording and pressing.

I don’t want to ramble on but after 47 years, small details can get pretty dim.

And that’s the story so far! Tom can be reached via his Discogs account tomashenko for additional inquiries.