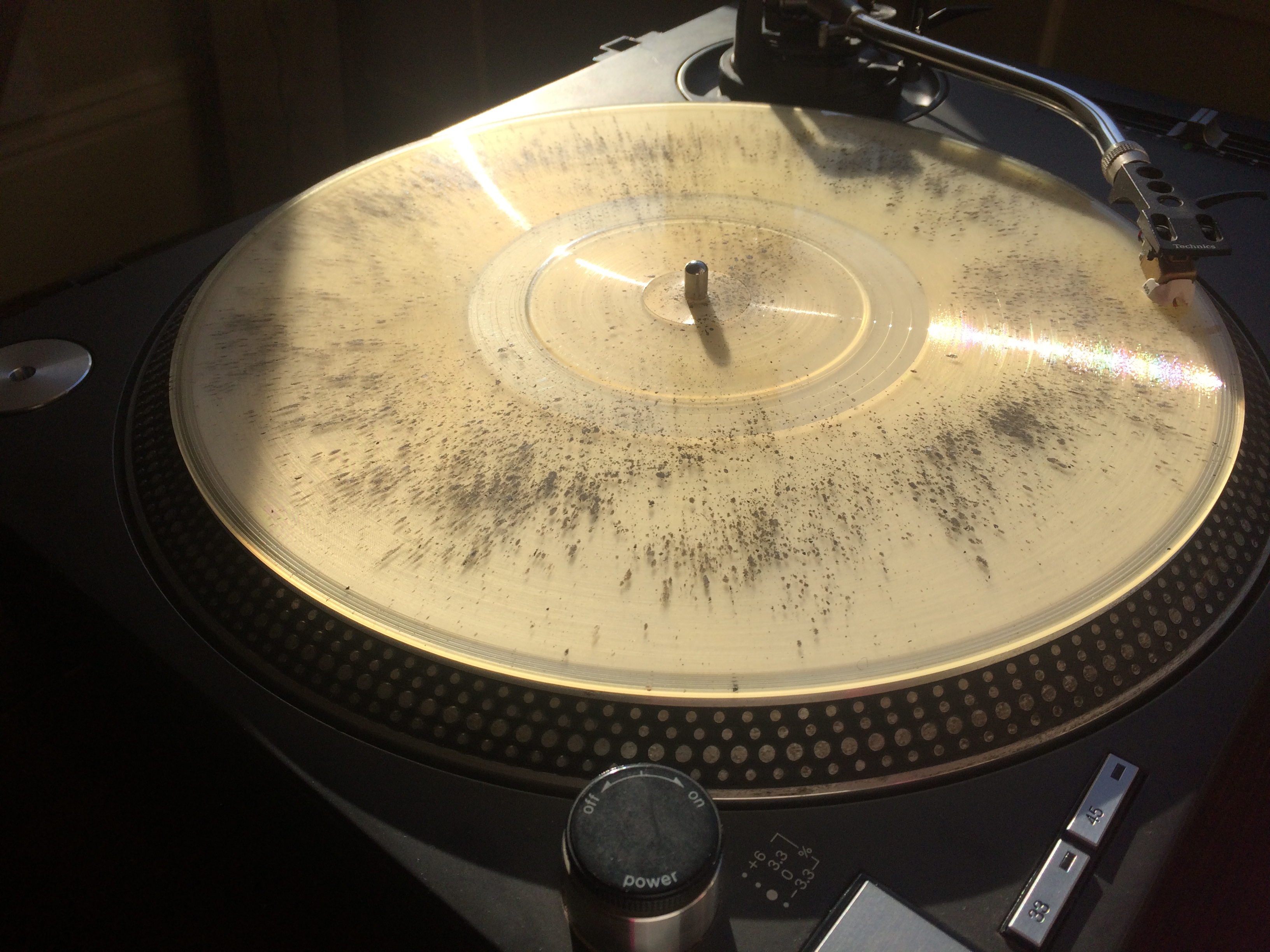 AndVinyly first hit headlines in 2010 with the quirky concept of immortalizing the deceased by pressing ashes into vinyl records. Why have your ashes thrown to the wind, or gathering dust on the mantlepiece when you could literally become a part of what you love, like a vinyl record? You supply the audio content (for yourself in advance, or for a loved one who has passed) to be pressed into the record; whether you craft your own music, share your life story or have your nearest and dearest retell the best of your earthbound exploits, or be pressed into your favourite Floyd or Stones track. The result of the ashes in the vinyl record leaves the audio peppered with pops and hisses, ensuring your presence is heard and felt beyond your worldly end. 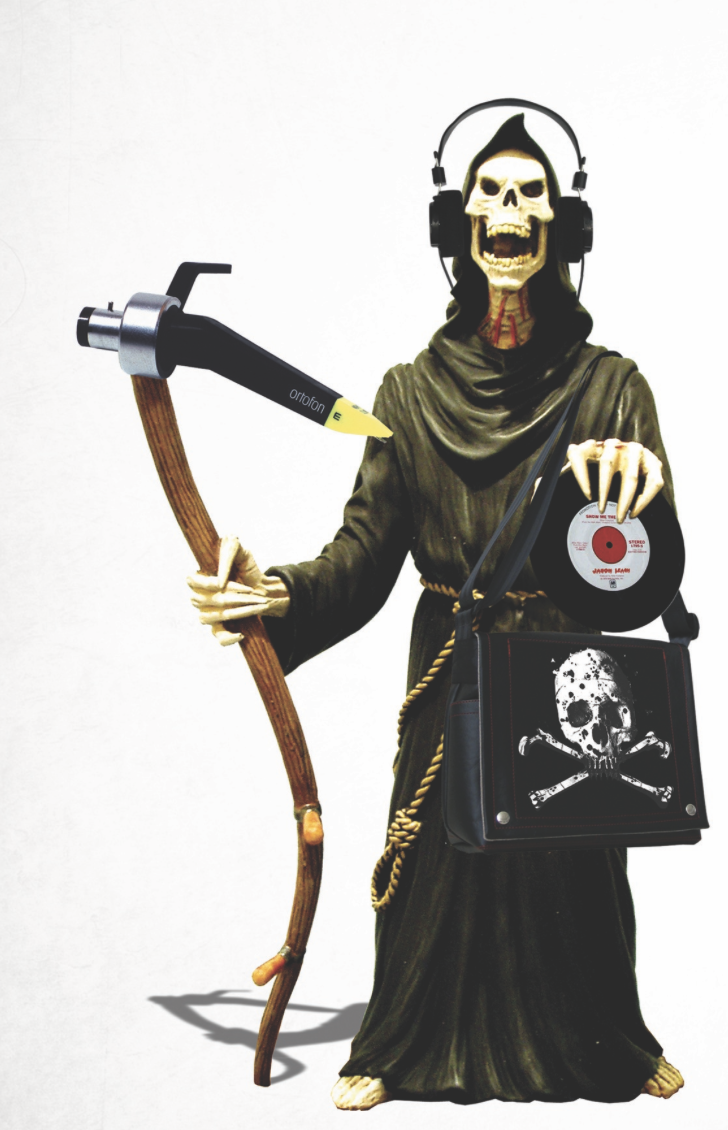 The AndVinyl story of making records has been doing the rounds lately, buoyed by the new short film ‘Hearing Madge’ (see at the bottom of this post) by Aeon Video. After watching the film and reading the many articles circulating, we had more questions. We decided to get in touch with the man behind the operation, Jason Leach, to find out a bit more about the concept of laying to rest in a vinyl record:

Is there a lot of demand for pressing ashes into vinyl records? Have you noticed the so-called ‘vinyl boom’ leading to increased interest?
The demand is steady and seems to be increasing, but I wouldn’t say that the ‘vinyl boom’ has made much difference to the amount of demand for our service. Not yet anyway. I think that the sort of people who are interested in this were always into vinyl and unaffected by trends. However, we certainly do receive a lot of media interest, which may have had an effect on sales.

What’s the most popular choice of audio: the subject and family sharing stories of their lives, their own music, or their favourite songs?
So far most of our customers have either been musicians, artists or people with close friends or families who were. This has meant that the majority have included their own creations, or the creations of their friends and family. We do always encourage the inclusion of recorded speech as this is and will be the most profound content when the record is listened to in the future. People seem to like the idea of being able to speak to their distant descendants long after they’re gone, and particularly the concept of a sort of immortality as their voice moves the air of the future. Everything to date has been very positive, inspiring, touching and profound. It’s generally the media who come up with and suggest appropriate or ‘funny’ song choices. The list is long.

We only updated the site recently so it’s viewable without flash and the light-hearted, dark themed nature of the historic site will have filtered out some of the people it initially attracted. This often left the artists, musicians and real music lovers who generally tend to take that type of humour well.

When people decide this is how they want their remains handled, at what point do they start recording their story and/or their loved ones’ stories? Do they often already know they’re sick or dying?
You could argue we’re all on our way, but we’re not usually privy to that information. We have certainly made records for people whose loved ones have passed away having seen our site and expressed a desire to have their ashes pressed into a vinyl record. When I initially considered the idea it was really just something for myself. I had no intention of offering the service on a commercial basis, so only considered the route of planning it myself whilst alive. It turned out to spark a huge amount of interest – particularly in the media – and the subsequent enquiries were primarily from people who had ashes of deceased family or friends who would have loved the concept.

Have you run into any licensing issues when people choose their favourite tracks?
Since we generally make records with audio content where licensing is not relevant, it’s never been a problem before. We are musicians who record, produce and release our own material, so the subject is close to our hearts. All the records we make are with customer-supplied audio content and customers sign papers which state that their audio content has been acquired in an appropriate manner, that the records are for personal use only, not for distribution, resale, or public broadcast. We also tend to make no more than 30 copies. Most importantly, whenever published music is supplied, we always make our best efforts to advise the relevant parties and seek the writer’s permission to use it. We’ve received no objections to date.

The tone of your site is quite tongue-in-cheek and darkly humorous. Is it usually a light-hearted transaction with… um, would you call them customers, or can it get quite heavy? Do you ever find it difficult given the subject matter?
Building the idea and site was a way for me to come to terms with the inevitable. We are so sheltered from death nowadays that I grew up never being exposed to it, acknowledging it, or even truly accepting that it would actually happen to me. I had never seen a dead human body and had no idea how I would react to it. As shocking as this sounds, it wasn’t until my mid-thirties that I even started to allow myself to think about it. Ultimately, as unbelievable as it sounds, it actually came as kind of a shock. I quickly realised that this was not so much a luxury as it was denial, and I was at a bit of a loss as to how to deal with it. I also found that people often don’t feel comfortable talking about it. In the past we would have been surrounded by death and had to physically deal the practicalities on a regular basis. Building the site with its dark but light-hearted tone was a way of forcing myself to face up to it. The dark humour helped. I recognise that it’s not to everyone’s taste but generally, once over the initial shock, the majority of people have come round to it, often growing to love the idea. Although I didn’t originally intend for this to be a commercial venture, demand for the service made it so and I quickly found myself being approached by people who were grieving. Although I had no idea how I would deal with such sensitive interaction I am proud to say that I have dealt with it very well and to date have received nothing but very positive feedback. In fact, most customers are pleased to be able to commemorate their loved ones in such a way which probably helps. At around the time that I first came up with the concept, my Mum was working at a funeral directors. She was regularly complimented  by bereaved families for her assistance and input. I am definitely inspired by her and have her at hand to seek advice if necessary.

Have you ever had a pressing go wrong?
No. I have had too many years practice, spending more money than is sane making records and losing money through mistakes. I think I’ve made them all now and know exactly how to avoid them. Of course, we treat every record with the utmost respect and care doing everything possible to avoid any mishaps.

Have you had many requests for pet’s ashes to be pressed into vinyl? What’s a popular audio track for pets?
Yes, we have dealt with many enquiries for pet subjects. Sometimes the audio choice is music, like for example when pets have been named after bands or songs, but most have recordings of their barks, growls, panting, etc. 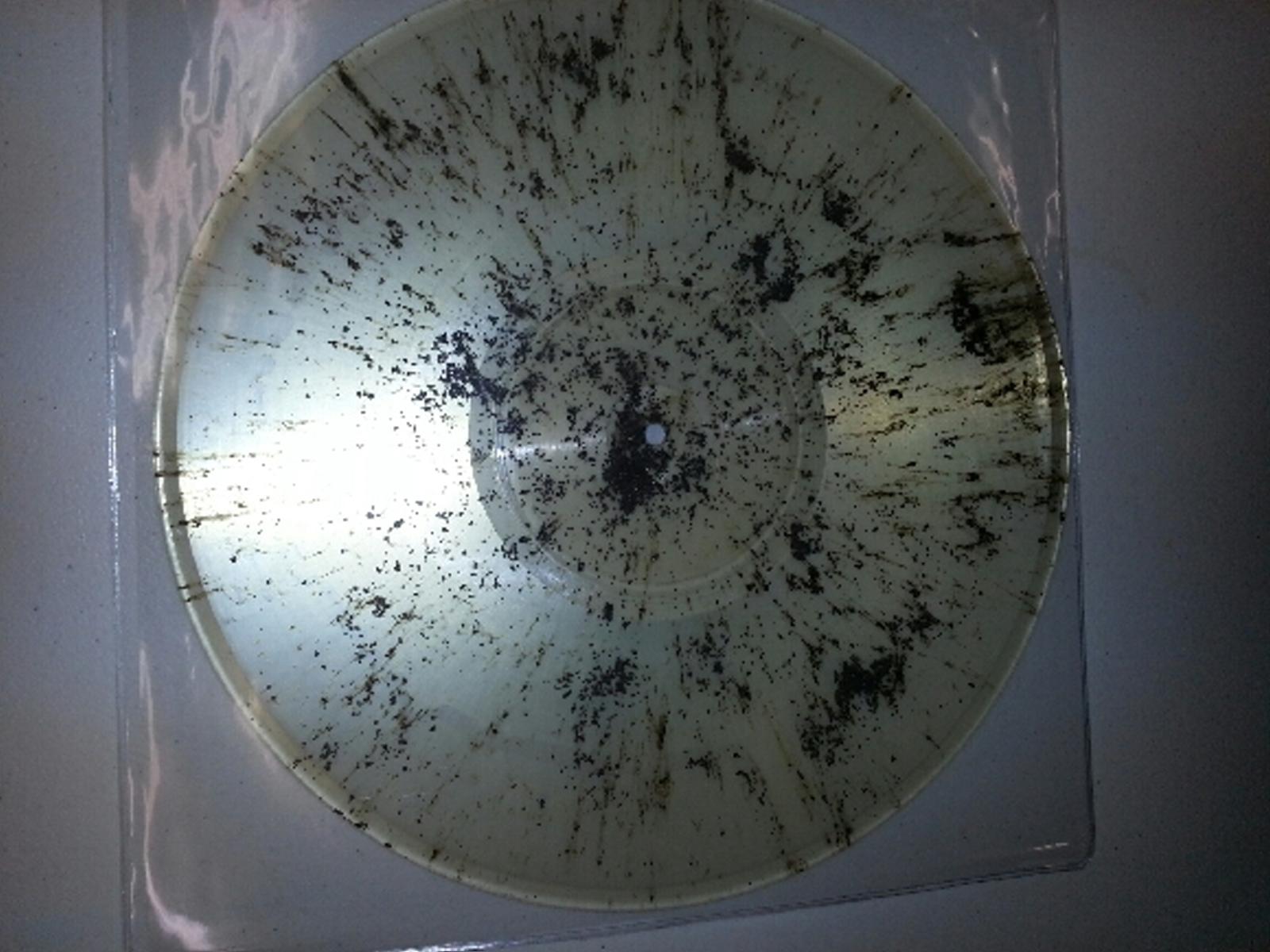 In the ‘Hearing Marge’ Aeon film (below), you mentioned you’re trying to compose the perfect Rest In Vinyl piece for yourself. Have you made any progress or had any breakthroughs with that?
Compiling mine is the hardest thing. It is an ever-evolving process, and long may it continue. It will of course feature my own music and sonic experiments along with voices of family and friends and anything that I think may be interesting, funny or informative for my descendants.

You also mentioned in the film that an artist came to you with the request to press an asteroid into a vinyl record. What other interesting things have you pressed?
We have pressed asteroids, musical instruments, hair, outposts from ports in Alaska from the distant past and burnt musical scores into vinyl records.

Watch ‘Hearing Madge’ below to see how Jason came up with the idea to press ashes into vinyl records, how the records are produced, and one man’s story about finding the perfect final resting place for his dear mother:

We’re yet to see any of these records appear on the Discogs database, but we’ll be looking.