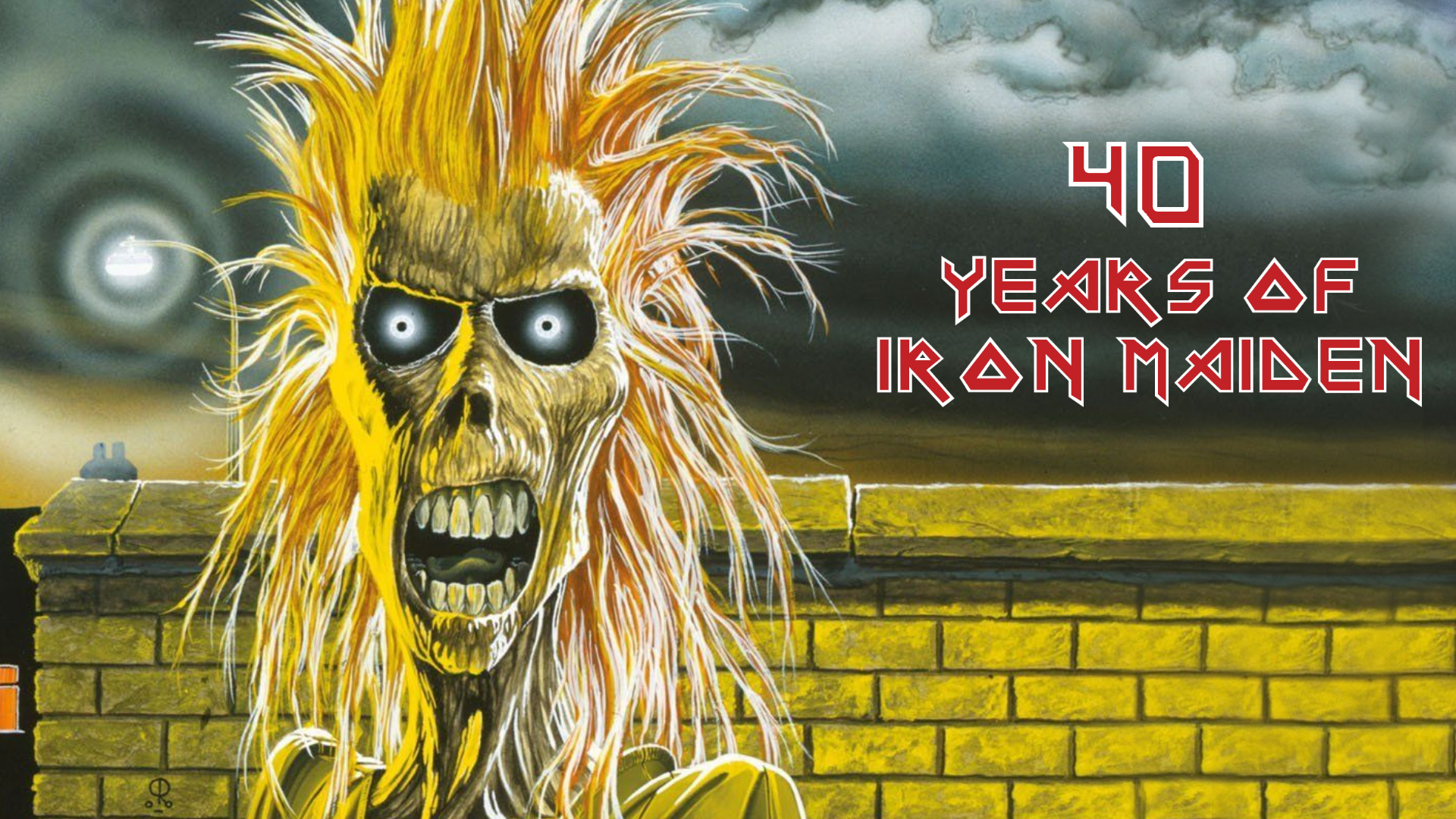 Nineteen eighty was a landmark year for heavy metal. The New Wave of British Heavy Metal was in full swing, with everyone from Tygers of Pan Tang to Girlschool to Venom releasing thunderous slabs of vinyl. Black Sabbath had been resurrected with the arrival of vocalist Ronnie James Dio, who allowed them to record faster and more aggressive tunes. Motorhead and Judas Priest reached international prominence with Ace of Spaces and British Steel, respectively, both of which helped set the template for speed and thrash metal.

And then there was Iron Maiden’s eponymous debut

A hard-hitting release from a popular London band who would go on to become one of the biggest groups in the genre’s history. Formed in 1975, the British rockers ran through a steady series of lineup changes. By 1979, the band started to establish themselves in the UK, especially in London, when their four-track demo was regularly played at the Bandwagon Soundhouse, a popular club where hard rock fans would see bands and listen to DJ Neal Kay. Iron Maiden – bassist Steve Harris, singer Paul Di’Anno, guitarist Dave Murray, and drummer Doug Sampson – soon gained nationwide notoriety when “Prowler” topped the Heavy Metal chart in Sounds Magazine in April, and they started playing to packed venues.

A few labels showed interest, and the group – assisted by Rod Smallwood, who has managed them ever since – signed a three-album deal with EMI in November 1979. As a thank you to fans, three of the four tracks from the demo were released as The Soundhouse Tapes on the group’s own imprint, Rock Hard Records. Guitarist Adrian Smith, who once played with Murray in the band Urchin, was asked to join to replace Tony Parsons but declined as Urchin was about to break as well. Guitarist Dennis Stratton was brought in as well as drummer Clive Burr, replacing Sampson who left the band due to health reasons.

By the time they stepped into Kingsway Studio in January 1980, Maiden had a solid collection of songs. All of them were written by Harris – except for “Charlotte the Harlot” by Dave Murray, and “Remember Tomorrow” and “Running Free” for which Paul DiAnno contributed lyrics – and most of them were conceived during the band’s formation in 1975. “Remember Tomorrow” carried a certain poignancy because it was about the passing of the singer’s grandfather from diabetes.

Despite having a unique sound, their producer Will Malone was allegedly less than enthusiastic about the task of capturing their music in the studio. Left to their own devices, the group mainly produced the album themselves, with the assistance of engineer Martin Levan, over the 13 days they had available. They had already gone through two other producer choices, Guy Edwards and Sweet guitarist Andy Scott, rather quickly.

Early on, Iron Maiden displayed a penchant for horror-themed lyrics and imagery

Indeed, their moniker was inspired by the classic film Man In The Iron Mask. Debut album songs like “Phantom of the Opera” and the title track certainly captured the kind of grim imagery that one would associate with the album cover and with the burgeoning genre at that time.

It’s easy to hear why Maiden’s sound became so instantly popular. The combination of Paul DiAnno’s dramatic, punky singing, the guitar interplay of Dave Murray and Dennis Stratton, and the punchy drumming of Clive Burr, combined with Steve Harris’ agile bass work, made them stand out. Harris, in particular, was unusual for a bassist because he played both as a rhythm and lead instrument rather than providing simple rhythmic accompaniment. His prog-rock influences were omnipresent with numerous time changes in certain songs.  Also, he was the leader of the band. DiAnno’s singing was more straight forward, in contrast to the more operatic or growling style of other metal vocalists then. He was more easy and rough, but he was able to be melodic as well.

As they were prepping their debut album for release, Maiden had plans in motion to expand their following. Preceding the arrival of the album, the band released the anthemic “Running Free” as a single in February. While it only peaked on the UK chart at 34, the band was offered a slot on the iconic British television program Top Of The Pops and became one of the few bands to play live. They refused to lip-sync. The original versions of “Sanctuary” and “Wrathchild” appeared on the Metal for Muthas compilation released in February 1980, and that was followed by consistent touring, including a support slot for Judas Priest in March.

This groundwork proved a success as Iron Maiden entered the UK chart at number 4 on April 14th. It was here that the zombie-like character of Eddie was also established by artist Derek Riggs, although the origin of this figure dates back to a paper-mâché mask on their backdrop (aka “Eddie The Head”) that spat smoke and blood from the band’s early touring days. Eddie would appear on every future album and single cover and most T-shirts, and his character would play a big part in the band’s shows.

A headline tour was launched in May, along with the release of the non-LP single “Sanctuary“, which at the time only appeared on the U.S. pressing. The band faced controversy as its sleeve depicted Eddie holding a knife over a dead Margaret Thatcher (then Prime Minister of England) in a London street. She was clutching an Iron Maiden poster she had ripped down from a brick wall. The quintet’s hard work established them enough to play direct support under UFO at the Reading Festival on August 23, a date that kicked off their first European tour as supporting KISS until October. Another non-album single, a cover of the Skyhooks tune “Women In Uniform,” was released. The cover of that single featured Margaret Thatcher preparing to gun down Eddie in the street; presumably payback for his previous knife attack. The band also put out their first official video for the title track, and it would later become the first metal video ever played on MTV in August 1981.

Around October 1980, Stratton was dismissed as musical and personal differences had escalated during the KISS tour. Replacement Adrian Smith was in the fold by the time the band filmed Live At The Rainbow on December 21. The show featured an early run-through of the song “Killers,” the future title track of their second album. DiAnno later confessed he wrote the lyrics five minutes before the concert.

While some fans favor the raw-edge of the debut album, bassist and founding member Steve Harris states to this day he was not happy with the sound of the album, preferring it would have been heavier. Although the group and its ilk went against the grain of the popular punk movement, some of the shorter songs captured the same frenzied intensity but in a more metal vein, with vibrant guitar harmonies and galloping rhythms that would become a staple of their sound in the future. At the same time, the epic “Phantom of the Opera” and instrumental “Transylvania” hinted at the progressive rock influences that would inform the group’s catalog by the mid-1980s.

Although it might sound more modest and basic as compared with later works, particularly the more progressively-minded works the band has released over the last 20 years, Iron Maiden’s debut album still resonates today because of its unbridled energy and sonic cohesiveness. It is clear that from the start Harris and his bandmates were forging their own identity and standing out from the metal hordes that began amassing for an international takeover during the 1980s.

That in itself was no easy feat.