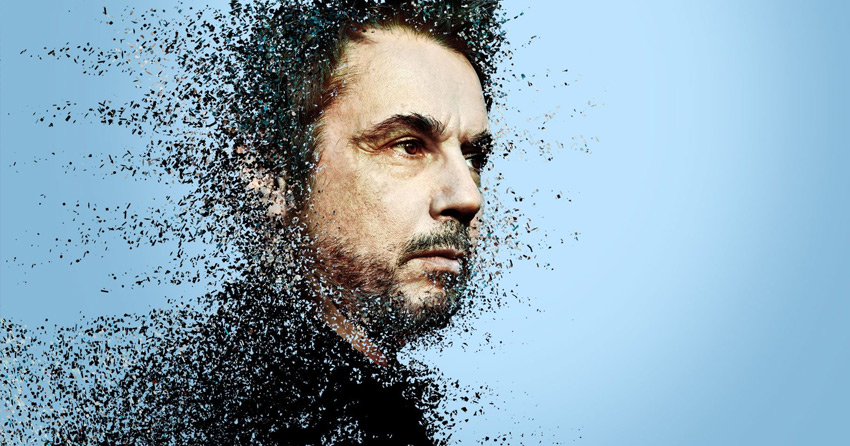 Jean-Michel Jarre is a pioneer in electronic music. No surprise there. From Oxygène to Équinoxe to Rendez-Vous and beyond, Jarre has sold over 80 million records. His status is common knowledge among pretty much everyone who’s touched a synthesizer, as well as huge swaths of the music-loving public. However, there are a few things about Jarre’s life and career that may surprise you. To mark the release of his massive 50-year retrospective Planet Jarre box set, here are some of those tidbits.

As one of the most popular artists in the history of modern music, Jarre has many well-known fans worldwide. The most famous may been the late Princess Diana. In 1988, while still married to Prince Charles, Diana famously attended one of Jarre’s floating performances at the London Docklands. Just in case you need proof, the two even hung out after the show. When Diana’s funeral fell on the same day as Jarre’s legendary Moscow concert in 1997, he observed a moment of silence after dedicating Souvenir of China to her.

He Played To Over 8,000,000 People Combined In Just Four Concerts

Speaking of which, that Moscow show — which celebrated the city’s 850th anniversary — hosted 3.5 million people, the largest crowd for any concert in recorded history. Some people may tell you Rod Stewart beat him, but those stats are suspect for a handful of reasons. That’s a story for another day. Either way, Jarre has three more concerts in the top 10; he pulled 2 million in 1990, 1.5 million in 1986, and 1.25 million in 1995. Plenty of artists have played for 8 million people over the years, but it usually took them a few more than four concerts!

Oxygène Was Cooked Up In His Kitchen

These days, bedroom recordings are almost de rigueur. Not in 1976 though. By that point, Jarre had released two albums (Deserted Palace and Les Granges Brûlées) to little acclaim, written some jingles, and scored a few ballet performances. Then he saw a painting by artist Michel Granger that changed everything. It inspired Jarre to spend months tinkering with his ever-increasing collection of synthesizers to create the iconic record Oxygène. For a big chunk of the process, he set up an eight-track recorder in his kitchen and hammered out songs.

Western mass media caters to Chinese markets these days, so it’s easy to forget China was closed off from Western culture for decades. After the isolationism of Mao Zedong, new leader Deng Xiaoping wanted to send a message that China welcomed Western culture. Thanks to a fan at the British embassy, Jarre’s music was that message. They played it on Chinese radio, Jarre was invited to introduce the synthesizer to the country, and he eventually played concerts in Shanghai and Beijing. Instead of the Bee Gees, Queen, Billy Joel, or Donna Summer, it was Jean-Michel Jarre that defined the West for an entire generation of Chinese people.

Three decades before “pharma bro” Martin Shkreli bought the only copy of Wu-Tang Clan’s Once Upon a Time in Shaolin, Jarre pulled the exact same stunt! In 1983, he was asked to write music for a supermarket-themed art exhibit that ran for a few weeks. Once the exhibit was closed, individual items from the show were auctioned off. In the same spirit, Jarre decided to treat the music as a singular art object. So he pressed one copy of Musique Pour Supermarché, destroyed the masters and plates, then auctioned off the single piece. Unlike the Wu-Tang release, which went for $2 million USD in 2015, Musique Pour Supermarché brought in only $23,000 USD when adjusted for inflation.