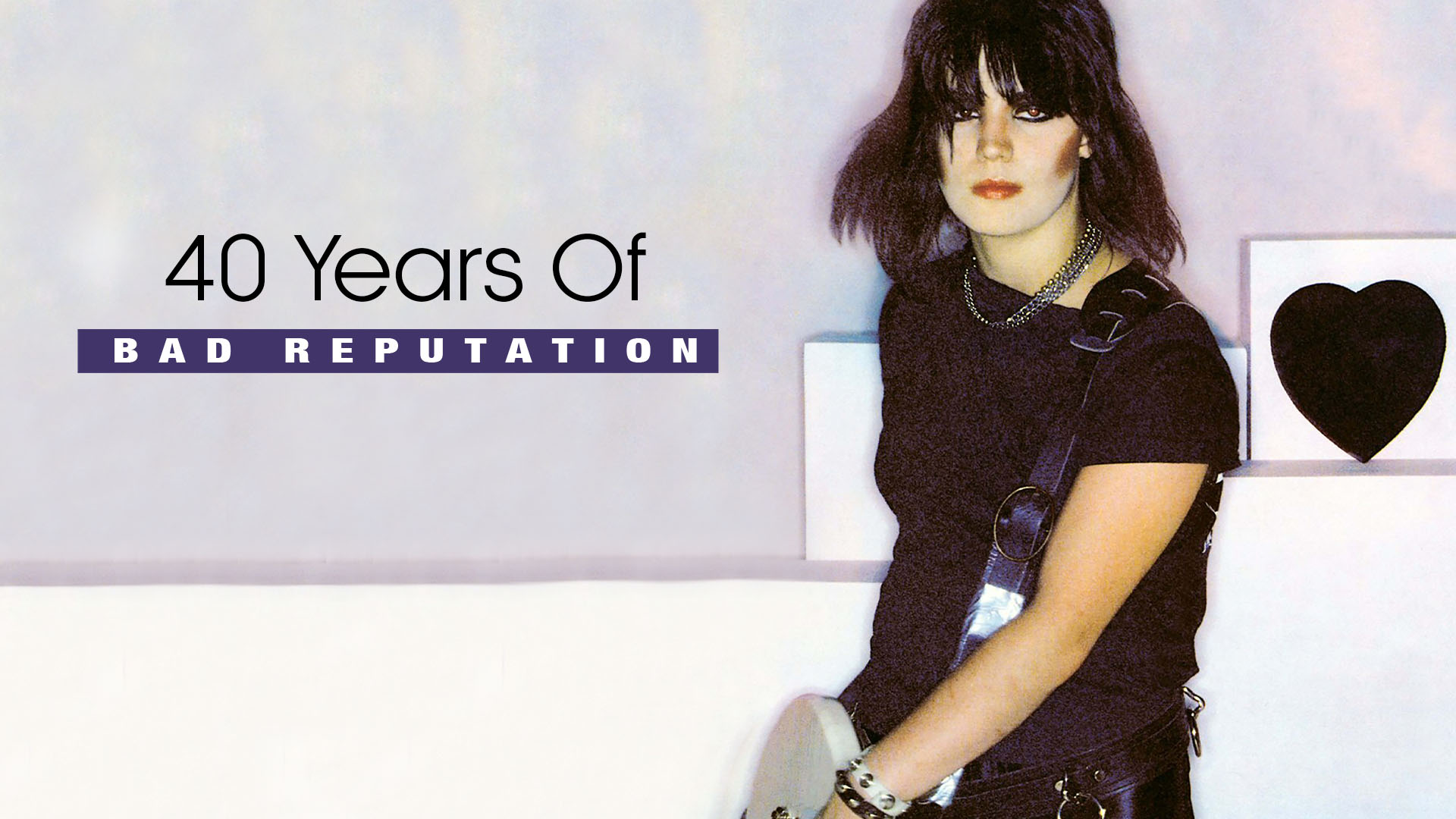 In 1979, Joan Jett was at cross-roads. The all-girl band she had founded, The Runaways, had broken up. Jett wanted to pursue a solo-career but knew this would take her away from her home in Southern California. The Runaways had experienced success, spurred on by being the opening act for bands like Ramones and Cheap Trick. However, a majority of their fans were in far-flung places away from her west coast base, with the group finding popularity in Europe, Asia and Australia. In the US, the press saw them as underage jailbait, not serious rockers. Using this knowledge, the determined musician packed her bags and relocated to England, where she hoped to leverage past success into a new venture. Being a talented, good looking young female artist who liked glam rock, leather pants and tattoos was enough to gain Jett a name for being difficult. ‘Certainly in those days, you didn’t see girls with dyed-black hair and stuff. And certainly as the punk-rock scene expanded, that became more of a look, post-Runaways,’ she told Rolling Stone in 2018. There were few, if any, other women like her, wanting to push the boundaries of expectation while creating serious heavy sounds. ‘The insinuation was that girls weren’t allowed to play rock ’n’ roll, because it has a sexual nature,’ she said. ‘There is something dirty in it. There is some implication there that girls can’t handle it,’ Jett remembered in a 2007 New York Times article. Her trip to the UK saw her recording several songs with Sex Pistols legends Steve Jones and Paul Cook. Yet nothing came of these sessions at the time, and Jett once again returned to California. Upon landing back in the US, she found herself having to fulfill some last contractual obligations for The Runaways, including shooting an eventually aborted film based loosely on the band. It was during this project that Jett first met producer Kenny Laguna. The two began work on what would become Jett’s first solo studio album, with Laguna co-writing some of the tracks with Jett.

Though they had successfully forged a formidable partnership, making and selling the record were an uphill battle. The recording sessions were gained using borrowed studio credits of Laguna’s, as the cuts were laid down mostly in London at The Who’s Ramport Studios. The duo took the final product to no less than 23 different record labels- only to be rejected by every single one. With no other option, Laguna borrowed money from his daughter’s college fund to start their own label, Blackheart Records, later telling MTV that they could think of no other option than to put the album out themselves.

Yet the hard graft was just beginning; Jett went tirelessly on tour, trying to re-connect with former Runaway fans and garner new audiences. The first release on the new label- the self-titled Joan Jett– was sold at the gigs and out of Laguna’s own car trunk to select record stores that were willing to take a chance on the LP. This got Jett some traction, eventually finding herself picked up by Boardwalk Records in the US and Ariola Records in Europe in 1981. Renamed Bad Reputation, the album went on to crack the top 100 charts in several countries, including America, Canada and Australia. More importantly, it firmly placed Jett on the map as a serious guitar and song writing entity, not just a passing fad. Interestingly, Bad Reputation includes five different cover versions of songs already made popular by other artists. This illustrates both the various strands of inspiration for Jett, but also her ability to take cuts seemingly divergent from her own gritty guitar punk and make them her own. The album’s first single, a cover of John Madara and David White ‘You Don’t Own Me’ – originally made famous by singer Lesley Gore– was backed with another cover, a B-side of British band Arrows ‘I Love Rock N Roll,’ one of the trio of recordings that Jett did in 1979 with Pistols Jones and Cook while in the UK. She later re-worked her rendition and included it in the updated version on her second studio album of the same name in 1981. The title track ‘Bad Reputation’ – one of the Jett / Laguna penned tunes- is the soundscape to the proverbial middle finger towards society’s expectations and instilled ideas of normative framework. It is Jett’s protest song, documenting how she felt many peers – and the music industry in general- saw her. The mantle being hard to work with had been placed on her for having the audacity to be a woman more interested in rock music than in having kids. In the 2018 documentary of the same name, an interview between Jett and a journalist from these early days is featured. The journalist is shown grilling the artist, clearly trying to get a rise out of Jett by questioning her on the traditional roles and ‘place’ for a woman. The journalist looks visibly angry that Jett won’t admit to wanting a white picket fence suburban life. ‘She didn’t like it because I’m a woman, and women are meant to breed,’ Jett told Rolling Stone.

Within the song, Jett confronts the listener with upfront, crunchy guitar as she strips away the gender roles: ‘I don’t care what they say about you baby , They don’t know what you’ve been through /Trust me, I could be the one to treat you like a lady.’ While Jett seems to be singing to another misunderstood woman, one with a ‘bad reputation,’ the track also has some recognizable autobiographical characteristics, as Jett refers to taking the ‘the long way home,’ e.g. the hard route to do things, while reminding us that ‘Mistakes we all make them.’ The content connected with fans, and saw the single go gold, selling over 500,000 copies in the US alone.

Arguably the biggest commercial hit from the LP is the cover of Gary Glitter’s 1963 megahit ‘Do You Wanna Touch Me (Oh Yeah).’ Jett’s gruff and demanding version was her solo breakthrough moment, with the song going to the Top 20 on the Billboard charts, throwing the rocker into the mainstream consciousness of listeners across the States. The accompanying video showcases Jett with her shaggy black hair and rock attitude, as she alternately is shown belting out the song on stage and punching a male opponent, her muscular arms and toned physique emanating power. These scenes are cut through with Jett flashing the camera, a very brief bikini hid under a traditional trench coat. This visual peek a boo, playing with expected gender roles and ideas of performance helped make the singer both a household name and a role model for decades that followed.

It was only with unfailing sense of purpose that Jett- with the help of Laguna- was able to get her solo debut off the ground, bringing her fledgling career as a Runaway to fruition as a fully formed, talented trailblazer and badass. Such tenacity is hard to find, even in the current market where #MeToo is trending and independent releases across various free platforms are omnipresent. Reflecting on the context within which Jett made her first moves as a solo artist makes it impossible to not have huge respect for her, as a maverick, a visionary, and a brave, inspiring human being.