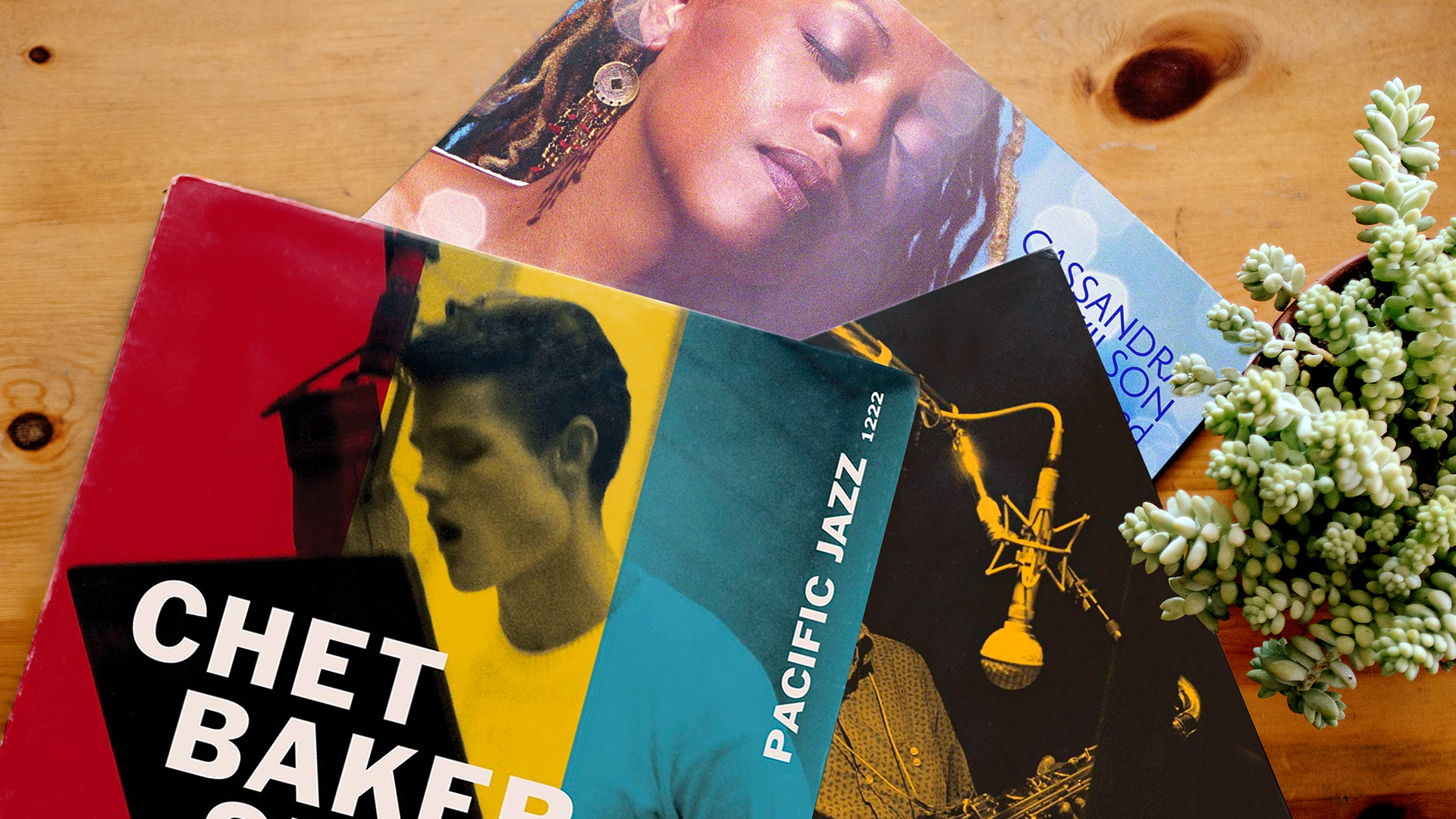 Some of the greatest jazz of the 20th century was recorded in a Hackensack, New Jersey, living room by an optometrist who hated vinyl. Given vinyl is widely considered to be the ideal medium for jazz, that last detail is surprising.

“As far as I’m concerned, good riddance. I’m glad to see the LP go,” Rudy Van Gelder, that eye-doctor-turned-engineer, said in 1995 about CDs eclipsing vinyl. “The biggest distorter is the LP itself … It was a constant battle to make that music sound the way it should.”

Why did the most hallowed jazz producer of all time, one who recorded Miles Davis, John Coltrane, and scores of other geniuses for Blue Note Records, turn up his nose at vinyl? Because — as Analog Planet editor-in-chief Michael Fremer explains to Discogs — function hobbled form. “Rudy had to compromise,” he says. “In order to make the records play on cheap turntables, he would boost the bass at around 100 Hz and roll everything off below so [the needle] wouldn’t pop out of the groove.”

Despite Van Gelder’s genius methodology and cutting-edge gear, this is how many have lived with early Blue Notes for decades — in passable, but relatively airless form. Enter the label’s producer, Joe Harley, and mastering engineer Kevin Gray of Cohearent Audio, who have restored classic Blue Note releases for the Tone Poet Audiophile Vinyl Reissue Series since 2019. The latest — a pristine 12-inch remaster of tenor saxophonist Stanley Turrentine’s 1962 date That’s Where It’s At — arrived Friday, September 11.

Harley and Gray solve Van Gelder’s quandary by not sweating cheap equipment. Aurally, tactilely, and visually, these records are sharper than sharp. “Pick a title, any one of them, and I want the release we put out to be the end of the line,” Harley tells Discogs from his record-stuffed home in San Clemente, California. “I want it to be the best available for someone who worships that particular recording. They won’t have to think, ‘Well, this one will do until a better one comes along.’ I want them to know there will never be a better one. This is it. This is as good as it’s going to get because there’s no way to do it better.”

“You can look at it as a three-legged stool,” he adds. “One is using the original master tapes. The other part is the pressing. The presentation — the packaging — is the third part of it.”

The roots of the Tone Poet Audiophile Vinyl Reissue Series lie in the Music Matters Jazz series, which Harley and his colleague, Ron Rambach, launched in 2007 and brought to a close in 2020. Just as Tone Poet does today, Music Matters remastered and packaged vintage Blue Note titles with old-fashioned tip-on sleeves produced by Stoughton Printing Co. in Los Angeles.

Music Matters quickly found a fan in Don Was, the president of Blue Note Records. “He’d been going on about how great these Blue Notes were,” Harley says. “He would bring home these ones we were doing for Music Matters and say, ‘I’d get depressed because you guys would just kill the ones I was doing! I couldn’t figure it out! Why do these sound so much better?’ He was very open about it.”

During a session for Charles Lloyd & The Marvels with Lucinda Williams’ 2018 album Vanished Gardens, Was asked Harley if he’d work his Music Matters magic for Blue Note. “I said, ‘Yeah. It’s a different way of doing it. It’s more expensive. The packaging is more expensive. The pressings are more expensive,’” Harley says. Was didn’t flinch at the price: “Don kept saying, ‘Yes. Absolutely. That’s what I want to do. Just that.’”

When Harley and Gray comb through old Van Gelder sessions, they find strengths and weaknesses depending on the date and recording location. For one, the Hackensack and Englewood Cliffs studios were completely different. While the house at 25 Prospect Avenue, which was bulldozed in the late 1980s, had low ceilings and bone-dry acoustics (often circumvented by spring reverb), the cathedral-like studio at 445 Sylvan Avenue — which remains functional — has an ocean of natural ambiance.

As Harley points out, there was no isolation — which goes doubly in the Hackensack living room. “Isolation wouldn’t have occurred to anybody at that time because multi-tracking didn’t exist,” he explains. Because Van Gelder mixed on the fly, mixing in post-production is impossible. And audio aside, the nature of vintage tape presents certain issues.

“The tape of the day was very limited in terms of what kind of dynamic range you could get on it,” Gray explains. “The clip level was more than 10 dBs lower than modern tapes. That was a limitation in terms of keeping everything above the hiss level and below the distortion level.”

During the EQ process, Harley and Gray retrieved the bass frequencies Van Gelder scooped out. “We worked very hard at doing that without making it sound exaggerated,” Gray says. “You can only put so much back in when there isn’t a lot there. Picking the frequencies takes a lot of time and effort, but it’s well worth it.” Since Blue Note often recorded the mightiest double-bassists of all time, like Paul Chambers, Bob Cranshaw, and Cecil McBee, restoring their performances is a boon to the music.

Van Gelder also liberally applied compression — which may be important to make a track pop out on the airwaves, but for Harley and Gray’s purposes, begs to be stripped away. They know this might draw the ire of Blue Note diehards. “People tell Joe [affects accusatory tone] ‘Your releases sound too good!’” Fremer says with a laugh. The original Blue Notes have their own character and some people think that’s what they’re supposed to be. That’s the constant battle that Joe has.”

“Compression has very little to do with classic jazz,” Harley contends. “There would be no advantage and a lot of disadvantage to using that. We let the tapes breathe, meaning that the natural dynamics that were there on the tape are what you have on these LPs.”

Joe Henderson – The State of the Tenor, Vol. 1

Sometimes, digital recordings lack breathing room as much as their analog counterparts. On August 28, Tone Poet re-released tenor saxophonist Joe Henderson’s 1985 album The State of the Tenor, Vol. 1, which engineers David Baker and Jim Anderson recorded at New York’s Village Vanguard club with a Mitsubishi X-80 console. “What came off the digital was kind of dull-sounding. There wasn’t a lot of life in it,” Harley admits. “That required some work to bring the air frequencies back into play.”

But when Harley, in his words, “applied makeup,” The State of the Tenor was reborn. “I’ve got the original releases [of Vols. 1 and 2] that are flat transfers. Comparing them with what we did, it’s like the thing came to life again,” he marvels. “It got bigger, it got more dynamic and it’s like you’re at the Vanguard.”

Tone Poet’s next offerings will be pianist Horace Silver’s 1958 album Further Explorations, organist Jimmy Smith’s 1963 album Prayer Meetin’, and pianist Herbie Hancock’s 1963 album My Point of View, all due September 25. Selections by drummer Art Blakey, pianist Duke Pearson, tenor saxophonist Tina Brooks, and other luminaries will follow. Could they ensnare younger fans, even if they may not have encyclopedic jazz knowledge or own thousand-dollar turntables?

“Yeah, one hopes so. It’s not just hope; I’ve seen it,” Harley says. “I find, being 68, that sometimes we have an unfortunate tendency to feel like all these fans are just like us. I’m realizing there’s a neverending new group of people that value this and love it. Who knows? Is it going to be a Chet Baker album that flips the switch and turns that person on? Is it going to be a Horace Silver record? I’ve seen this phenomenon.”

That phenomenon is what happens when music unthaws. When it transcends the limitations of the chilly-sounding CD or information-sapped MP3 and becomes a dynamic force that leaps from your turntable, Blue Note jazz can have a transformative effect on the listener.

“Now I get why everyone’s so excited about this guy named Rudy!” Harley says with a laugh, imitating a wide-eyed Blue Note convert. “I’ve seen it over and over again. They get hooked.”

Published in partnership with Blue Note.