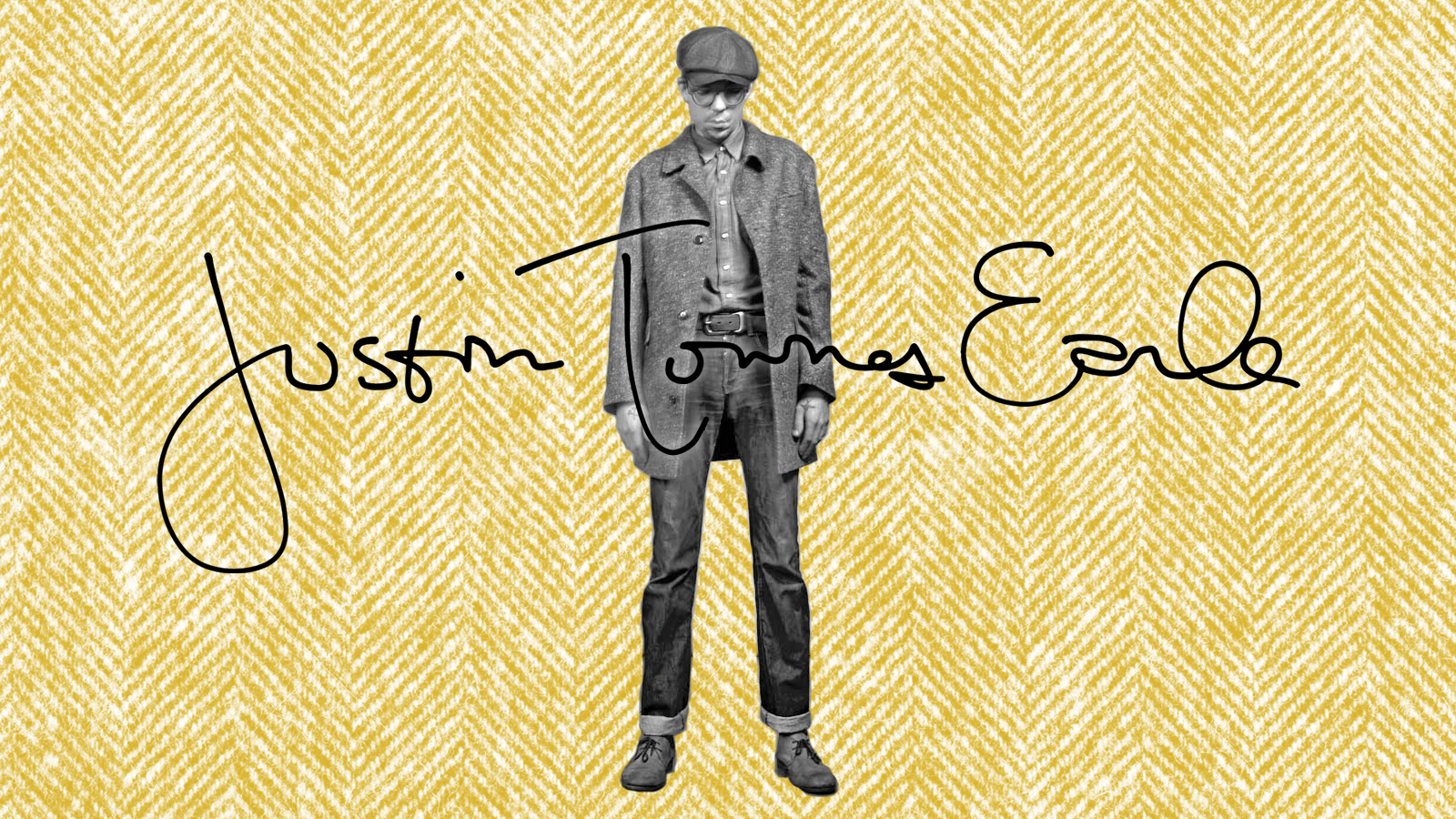 Some famous musicians’ children limp through public life both defined and limited by their last name. Not Justin Townes Earle. Get a load of all six-foot-six of him, bowtied and looming over the mic on The Late Show With David Letterman, vowing to die a watery death in the song “Harlem River Blues.”

“I’ve been told that I’m an intimidating person,” he drawled to Salt Lake City Weekly in 2019, noting his neck tattoos and checkered past. “I’m a big man. I’m not that big around, but I cast a big shadow.”

During his 38 years on the planet, the son of Steve Earle cast a big shadow in more ways than one. He recorded eight stellar studio albums, befriended rootsy greats from Jason Isbell to Margo Price, and produced the rockabilly pioneer Wanda Jackson’s 2012 comeback album Unfinished Business. Despite admitting to friction with his father over the years, he never disavowed him: “That’s a massive part of my identity,” he told Salt Lake City Weekly of their relationship. “He’s my father, he’s my blood and I love him.”

Tragically, Earle’s family announced his death on Sunday, August 23 — the cause, date, and location of which remain unknown. (Artists of all stripes, even the horror master Stephen King, paid tribute upon hearing the news.) His life and career may have been brought to an abrupt halt, but the body of work he left behind — from well-loved songs like “Harlem River Blues” and “Mama’s Eyes” to deep cuts like “Appalachian Nightmare” — will doubtlessly linger in the canon for the foreseeable future.

It is with tremendous sadness that we inform you of the passing of our son, husband, father and friend Justin. So many of you have relied on his music and lyrics over the years and we hope that his music will continue to guide you on your journeys. You will be missed dearly Justin 💔 “I've crossed oceans Fought freezing rain and blowing sand I've crossed lines and roads and wondering rivers Just looking for a place to land” 📷 by @thejoshuablackwilkins

It’s important to note that Earle wasn’t propped up in the industry. He went out and did the work himself. “I went to the hills of Appalachia when I was 15 because I wanted to know more about where the Carter Family came from and Appalachian music. I went to Chicago when I was 17 because I wanted to understand why blues went electric,” he told Red Line Roots in 2018. “There’s this lack of incubation period [with artists today].”

Because of that rootedness, that self-education, Earle didn’t just give us a handful of great tunes — he made sure we won’t forget him. Drawing from his pool of songs, performances, and things he said, here are five times he wowed us.

When he addressed his parents on “Mama’s Eyes.”

If Earle had written this cut from 2009’s Midnight at the Movies in reverse, the meaning would remain intact. “I went down the same road as my old man,” he ruminates, smoking in his kitchen long after midnight, when he accidentally catches his reflection: “I’ve got my mama’s eyes / Her long thin frame and her smile.” More profoundly, “I still see wrong from right.”

Whether taking stock of his demons versus his angels or vice versa, “Mama’s Eyes” is more than a Mother’s Day card — it’s an existential palindrome.

When he explained how to write authentically — not from cliché.

Speaking to Rolling Stone in 2011, Earle comments on the music that grabbed him after his Nirvana-bred teen years: blues, folk, honky-tonk. Then he talks about what he learned to steer around when making that kind of music.

“My dad hammered [this] into my head — the key he gave me about songwriting was to only write what you know, and make sure you know it well before you sit down to write a song. You just come off hokey when you start singing about stupid shit like farming.”

To all budding songwriters with the urge to write about rivers or trains when neither is near you, please take notes.

When he did the damn thing at NPR’s Tiny Desk.

“We threw a curveball at Justin Townes Earle,” All Songs Considered host Bob Boilen said in 2014. “Despite his five albums full of well-loved songs, we asked him to play new material for this Tiny Desk Concert; songs we hadn’t yet heard.” Clean-cut and crackling with energy, Earle threw down versions of “Burning Pictures” and “White Gardenias” from his 2014 album Single Mothers, which came out that week.

When he sang “Hometown Blues” with his father.

Steve Earle’s classic 1995 album Train a Comin’ features “Hometown Blues,” a song about the melancholy of returning to one’s digs. The studio version was recorded around a mic with Emmylou Harris, bassist Roy Huskey, Jr., and multi-instrumentalists Norman Blake and Peter Rowan, but the City Winery version above is a duet between father and son. Given their spats over the years, it’s a homecoming in more ways than one.

Upon Earle’s passing, his father posted a touching photo of the two goofing off at home with a simple caption: “Justin Townes Earle 1982-2020.”

When he expanded his lyrical toolkit.

Earle’s final 2019 album The Saint of Lost Causes was mostly about people who weren’t him: a Black family fleeing the South in the 1960s, a Cuban father trying to make up with his estranged daughter, a murderous speed-cooker seeking redemption.

“I think it was the right time for me to come out and start telling other peoples’ stories,” Earle told The Right Note in 2019. “I don’t think that before this record, I had [enough experience] with people. I still had this kid about me that didn’t care enough about people. I thought I did, but I didn’t really, really sink into what caused the problems in their lives.”

Which leaves the most haunting notion of all — despite all his accomplishments, Earle may have simply been clearing his throat this whole time. 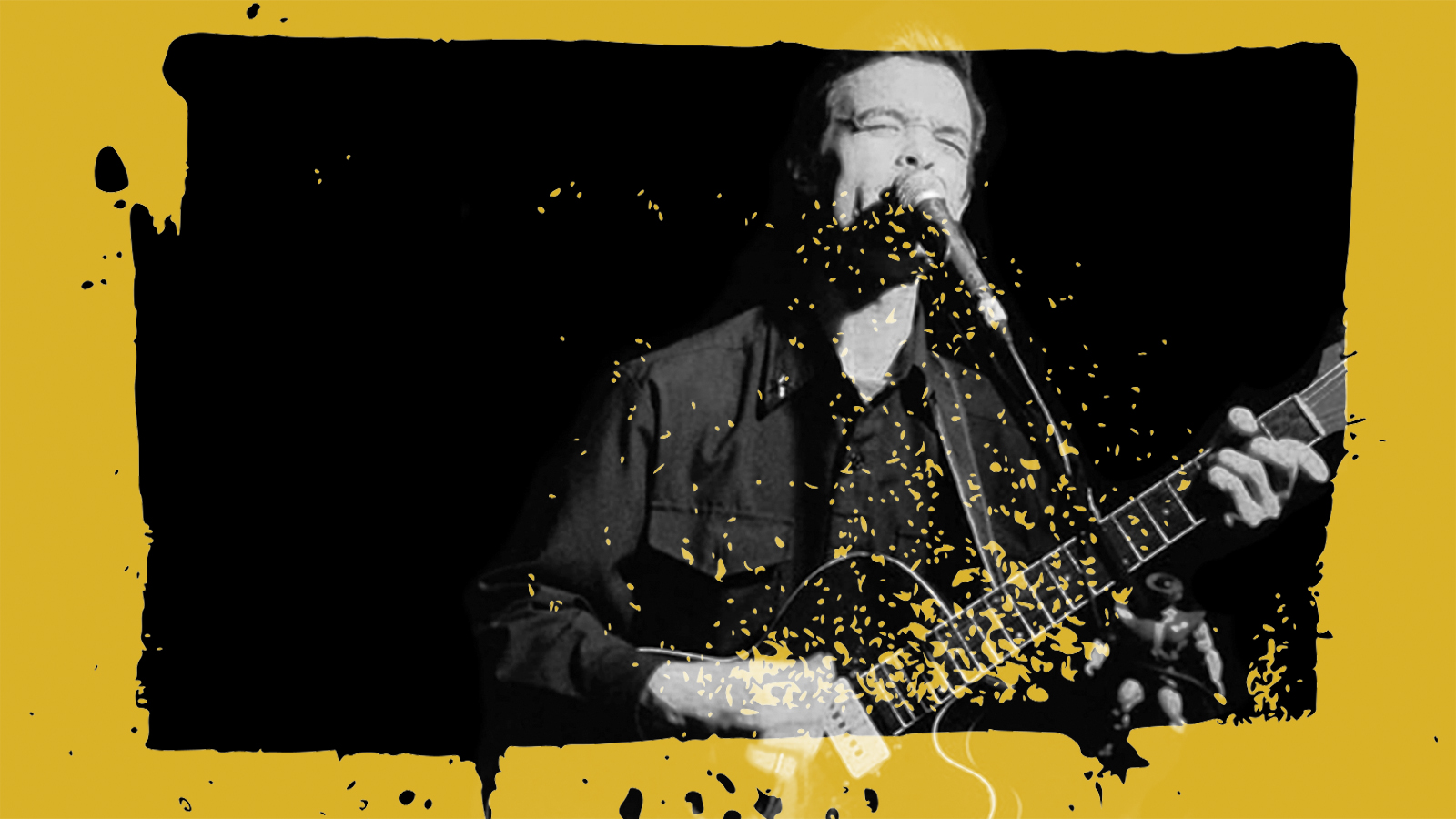