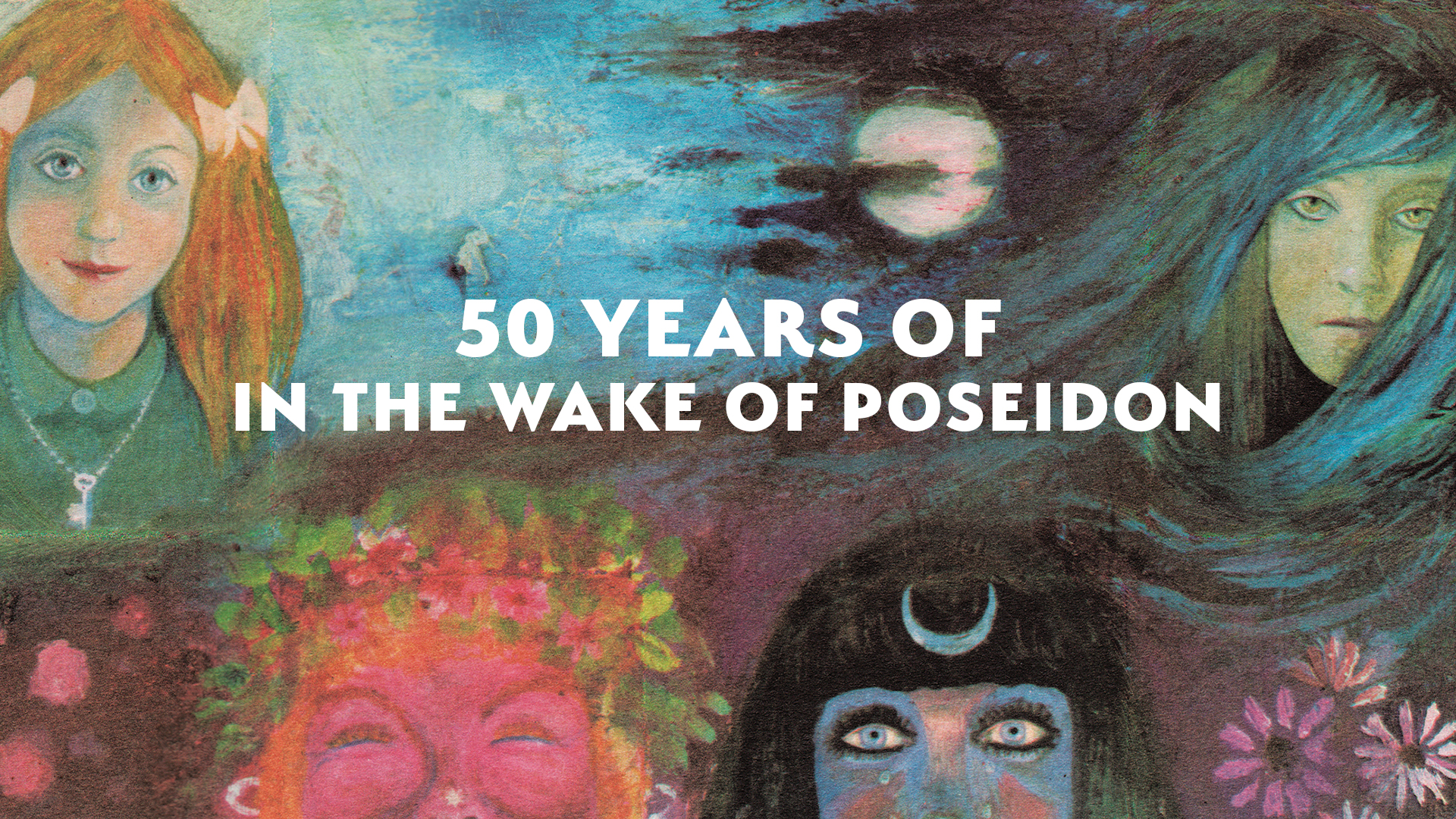 Speaking about the three years following the release of In the Court of the Crimson King, King Crimson leader Robert Fripp chose his words carefully.

“The time was spent preparing for the present, I suppose,” he told Rolling Stone’s Cameron Crowe for a 1973 feature. “This band is right for the present, just as the first band was right for its own time. The interim period was something I wouldn’t want to undergo again.”

The musicians that spent time performing with King Crimson during the period that produced, among other recordings, the group’s 1970 album In The Wake of Poseidon pull fewer punches. Gordon Haskell, a friend of Fripp’s, drafted to take the place of the recently departed Greg Lake, is quoted by author Sid Smith in the book In The Court of King Crimson as saying, “They took 12 hours to get a drum sound and it was still shite… Fripp and [Peter] Sinfield [the band’s lyricist] didn’t know what they were looking for.” In that same book, bassist Peter Giles recalls Keith Tippett’s additions to the sessions: “Without the piano it might have actually done something… Fripp stuck to his guns, even though the guns were pointing in the wrong direction.”

The months leading up to the Poseidon sessions didn’t bode well either. After a much-talked-about performance opening for The Rolling Stones at Hyde Park and a successful tour of America in 1969, the Court lineup completely fell apart. Multi-instrumentalist Ian McDonald left the group, eventually taking drummer Michael Giles with him. (They would produce an excellent 1971 album together.) And bassist/vocalist Lake saw a lucrative future partnering with Keith Emerson of The Nice and drummer Carl Palmer.

With all that, In The Wake of Poseidon should have been a hash. The product of a band that couldn’t handle its precipitous rise and broke under pressure. Instead, what was released 50 years ago remains a strong entry into King Crimson’s multi-faceted discography, and the perfectly balanced bridge between the tightly coiled agitation of Court and the malleable, jazzier tone of Lizard, the second full-length the band would drop in 1970.

Breaking Down ‘In The Wake Of Poseidon’

The first side of Poseidon plays out like a condensed version of King Crimson’s debut. “Pictures of a City,” Sinfield’s faintly disgusted commentary on the state of a major metropolis (“Concrete dream, flesh, broken shell/lost soul, lost trace, lost in hell”), is almost a mirror image of “21st Century Schizoid Man,” complete with a grinding opening section that gives way to a flurry of stop-start overdubbed guitars and Michael Giles’ rapid-fire drumming before returning to the main theme.

From there, Poseidon moves into somewhat expected, but still captivating territory. The lilting ballad “Cadence and Cascade” marks Haskell’s first recorded appearance with the band and sounds as if Fripp had been spending his off-hours absorbing every last second of Forever Changes, Love’s masterwork of burnt-edged psychedelia. The title track, a mid-tempo floater, supported by orchestral swells of a Mellotron and an acoustic guitar line hard-panned into the left channel, could have been sewn on to the end of Court’s title track without much struggle.

Bookended by two complementary tracks titled “Peace,” the rest of Poseidon’s second side is where Fripp and co. revealed the next stage of King Crimson’s evolution. The 12-bar blues of “Cat Food”—an indictment of consumer culture apparently inspired by the group’s U.S. tour—would be sturdy and straight were it not for Tippett’s Cecil Taylor-like splashes that presaged Mike Garson’s freeform attack on Bowie’s “Aladdin Sane” a few years later. Outside of Tippett and Peter Giles’ appropriately busy percussion, the rest of the band are a model of control and restraint, just barely holding back from going into a rage of noise and blurred tones. As off-center as it remained, the song got the group its only invite onto Top of the Pops.

“The Devil’s Triangle” was a capitulation by King Crimson after they were barred from using their rendition of Gustav Holst’s “Mars, The Bringer of War,” the opening movement of The Planets, on the album. The new track, co-written by Fripp and McDonald, carries forward the rigid march of its inspiration but smears everything else around it with Mellotron, processed guitar, and piano becoming gaseous and slippery. That brief pause before the third section (subtitled “Garden of Worm”) is the only bit of breathing room they offer before plunging right back into the molten abyss. The only purchase amid the slurry is a stray sample of the multi-tracked vocals from Court’s title track, but even that is quickly subsumed.

That 11-minute suite from Poseidon is the only reflection of the chaos of King Crimson at the time, and one that served a compositional purpose. Everything else concerning the making of the album finds the various members of the group in fine fettle. One outtake from the sessions at Wessex Sound Studios in London features Fripp and the Giles brothers giggling as they work through a silly, tossed off jazz tune and a Chuck Berry-like rock tune. Elsewhere on the tapes, the trio stumbles through a very loose version of Ary Barosso’s “Brazil” while the engineers set the drum levels. Fripp saved his perfectionist tendencies for the finished product.

Poseidon was a sales success for the band (#4 in the U.K., #31 in the U.S.) and generally appreciated by critics, but it’s not a record that Fripp seems to think too highly of. “Pictures of a City” was part of the live setlists for a stretch before disappearing for many years, and “Cat Food” vanished until last year’s “Celebration Tour.” Perhaps, after all this time, he is finally willing to remember the fractious period of his band’s history that, in 1973, he was more than happy to forget about. But as King Crimson continue to evolve with the times and technology, and the many who have come through its lineup over the years, Poseidon, as well as two albums that followed (Lizard and 1971’s Islands), represents a necessary point in a trajectory that would produce decades of complex and fascinating recorded work. All the better to realize Fripp’s belief, as he told Crowe all those years back, remembering the moment when his band was set to implode, that “King Crimson was too important to let die.”