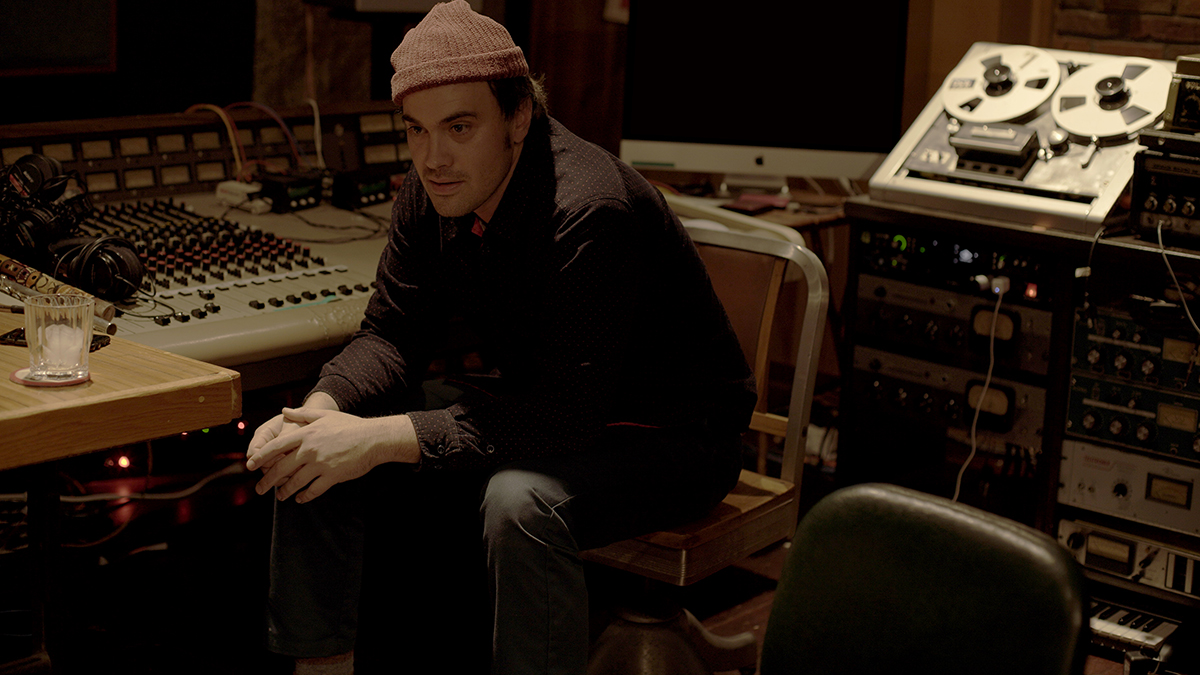 The creative process differs wildly. For some, it’s a caffeine-fueled routine. For others, it’s a substance-sustained free ride. For Leon Michels, it can vary from project to project. The co-owner of The Diamond Mine and namesake of El Michels Affair (which dropped a new album this year) boasts many producing recording credits with the likes of Sharon Jones & The Dap-Kings, Chicano Batman, and more. Most recently, he crafted the soundtrack for CLOVER, a 2020 crime flick with old-school vibes. Inspired by his wide range of work, the following Q&A is an email exchange with Michels to learn more about how he approaches his creative process.

Discogs: Can you tell me a little bit more about the Legendary Diamond Mine, how it got started, and the projects that you work on?

Leon Michels: It’s a studio/collective that I started five years ago with Nick Movshon, Homer Steinweiss, and Tom Brenneck. We’ve all been working together for close to 20 years in various forms. Tom is the founding member of the Menahan Street Band and has produced all the Charles Bradley records. Homer is an original member of the Dap-Kings and a founding member of Holy Hive. Nick is an original member of Antibalas, Lee Fields & The Expressions, and has recorded on the majority of El Michels Affair records. Also, Jens Jungkurth is the house engineer and has had a hand in just about every project that comes out of the Diamond Mine, including Clover. Discogs: How does your creative process differ between working on your music versus crafting a song that complements another piece of art?

LM: The first time I scored a movie was for this art film by Jose Parla about the painting he made for the World Trade Center. The film was totally silent except for my music. I quickly realized the thing that worked best was mostly drums and percussion because that’s just energy. When you add chords and melody, you immediately start to inform the viewer how to feel. Also, with music for film, a less-is-more approach is key because you don’t want to take too much attention away from what’s happening on screen.

Discogs: What are some of the musical influences — artist, albums, time period, genres — that you draw from when you’re creating a soundtrack?

Discogs: What influences inspire your own work, particularly as El Michels Affair?

LM: It changes constantly and I can be inspired by anything. When I listen to music, I tend to pick it apart and listen for elements I can borrow from or be inspired by. Sometimes I’ll listen to an oldies FM station and hear really schlocky pop from the ’60s that is, for the most part, unlistenable, but if there’s a cool fuzz guitar sound or drum part, I’ll Shazam the song cause I know I can use it somewhere.

Discogs: We’ve been informed that actor/director Jon Abrahams was thoroughly impressed by your ability to grasp the “vibe” needed for the film before you even saw footage of Clover. Abrahams wrote in the liner notes of the movie soundtrack album: “Leon completely understood the vibe without seeing a single frame of CLOVER and he set off to assemble the perfect musicians for the job.” How did you map out the plans for the music without seeing the movie?

LM: Johnny said he wanted the soundtrack to feel like a classic David Shire or Riz Ortalani score, and that was right in my wheelhouse. I called up Homer Steinweiss (drums) and Nick Movshon (bass), both partners in the Diamond Mine with me. I knew I wanted Marco Benevento involved. He is an accomplished piano player that can do pretty much anything, especially on the fly. And finally, I called long-time collaborator Michael Leonhart, who is responsible for the really sophisticated brass arrangements that ultimately gave the score the expensive soundtrack feel that I was looking for.

Discogs: How do you collaborate with other musicians on a job like this?

LM: We wrote all the basics while watching the movie. Johnny had some stuff temped in that we could be inspired by, but a lot of the time, Johnny and the music supervisor, Mathieu Schrier, would be in the room with us and if they got excited by what we were playing, we knew we were on the right track. After we had finished tracking the initial rhythm tracks, I took it to my home studio and overdubbed the strings and a lot of the accents that corresponded to what was happening on screen.

Discogs: From producing albums to playing tours, you have an impressive list of credits to your name. What are some of your favorite projects or moments that come to mind (especially in these interesting times)?

LM: Recording my own stuff under El Michels Affair is always the most fun. I recently released an album called Adult Themes, which was inspired by the same references we were pulling for Clover.

I just finished a record for Liam Bailey, who is an incredibly talented singer from the UK.

Also, right before lockdown, El Michels Affair recorded a live record with Freddie Gibbs and Madlib. Those were three of the best days I’ve ever had in the studio. Freddie is an incredible lyricist and performer and also funny as hell. Madlib is one of my favorite producers of all time and just a cool dude who knows more about music than just about anyone I’ve ever met. Also, we drank a lot of good wine.

nraney
I am the Content Editor at Discogs!
Discogs Profile