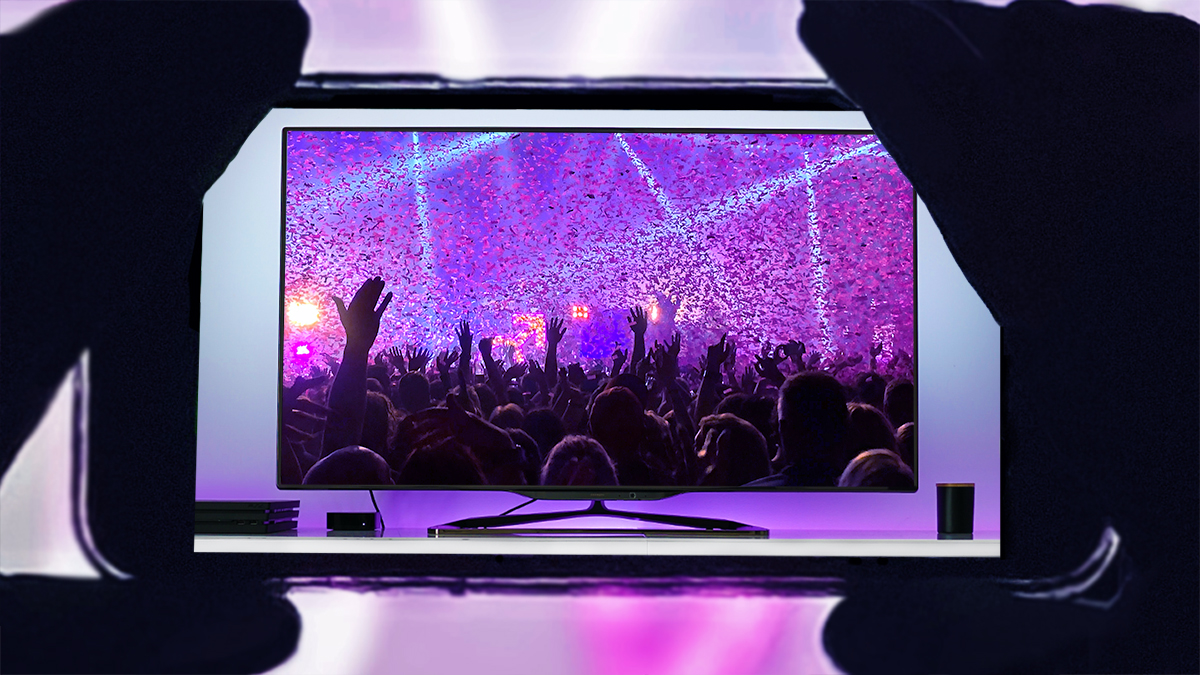 I was recently hosting a Zoom webinar about the current state of the live events industry and what — if anything — would be a sufficient stand-in during these COVID-laden months, pre-vaccine and post-various lockdowns, to provide a safe alternative while we all hold our breath for things to return to (the old) normal.  One of my good friends was a guest expert on the call, a well-known festival producer with more than two decades of experience. When one of the other guests began talking about concerts happening inside of video games, my friend began to privately chat to me that she would rather be dead than have the only alternative to seeing a band perform be within the parameters of virtual confines. I have to admit, I personally feel the same way; but then again, my friend and I both come from a punk-rock background, where moshing, singing along with the artist, and having the sweat of strangers rain upon you is the definition of living our best life.

Live shows have traditionally been a rite of passage to young fans as they experience the holy sacrament of ear-splitting decibels while utilizing music to carve out a personal identity. They have also been one of the cornerstones of creating not only an avid fan base but an event that people will pay money to see, thus providing an income for artists in an economy where the songs themselves are often now viewed as nearly free promotional goods for the needed cash infusion that concerts provide. With this necessary means abruptly cut off for the foreseeable future, artists have been left with no other option than to — you guessed it — the dreaded P-word: pivot.

But what have been these alternative means of trying to connect digitally with fans, and have they been successful? Will any of these “new” forms usurp the cherished concert? Below are some of the ways that artists have tried to reimagine the live show, to varying degrees of success. I also spoke with two well-respected and seasoned industry veterans — Julie Weir, Label Head of Music for Nations at Sony Music, and Rebecca Ayres, Managing Director for Sound City — to hear what they think has worked in 2020 and what we may expect to see in 2021 and beyond.

Good production and thoughtful set design will become essential for fans to want to pay for seeing music in this way, as identifying what makes for a quality experience will be more important than ever before.

At the start of the pandemic, many artists quickly moved online, using social media platforms like Facebook Live and Instagram Live (IGTV) to do shows directly to fans. This saw the proliferation of inventive lockdown performances, from songs played acoustically in an artist’s bathroom to impromptu “requests” being taken from around the world. While these usually low-budget and off-the-cuff “gigs” may have provided a momentary elixir for those dying to see any sort of music that was not pre-recorded, monetization of any notable amount has often been difficult, if even impossible. I had one friend, a fairly well-known singer/songwriter, tell me he made £70 ($94 USD) for a two-hour live stream. Ok, £35 per hour is decent money, of that I am not doubting. But compared to a traditional tour, it is hardly enough to keep the lights on.

Twitch, originally aimed at gamers, has now become a home to artists who have migrated and/or added the service to their repertoire of live-streaming outputs. DJs have also been utilizing the platform in an attempt to capture some of the fun and magic of nightclub razzle-dazzle. However, the longing to escape the house and be amongst other fans has made promoters think of unconventional means for connecting audiences with bands. In the United Kingdom, long-forgotten drive-in movie theatres were momentarily seen as a possible alternative, with new spaces reimagined to be used in a similar way, the car allowing concert-goers to be safely socially distanced. However, many of these shows were eventually canceled before they could happen, as rolling lockdowns once again hit Britain.

Music for Nations head Julie Weir believes that we are in this new world “for the long haul.” Live streaming, over the last eight months, has evolved, she argues.

“At first, there was a level of engagement with people just doing it a bit of DIY style, sitting on a chair in their kitchen plucking away. But I think fans got a bit tired of that, and of artists not really putting a lot of thought into it,” she explains.

It is crucial, Weir says, that “we are able to move forward with some concrete structure on how to make this work in a substantial way.” Good production and thoughtful set design will become essential for fans to want to pay for seeing music in this way, as identifying what makes for a quality experience will be more important than ever before.

While Weir admits to “really missing the connection and the emotional aspects” that live shows provide, she also sees some of the benefits of streaming. “It provides access to people all over the world; suddenly, you may be able to see a band that would not tour in a specific city while sitting in your own living room.”

While she is cautiously optimistic, Weir emphatically believes that “nothing can replace” the live show experience. “Things will come back,” she says. “I don’t think there’s any substitute for being able to have that collective experience and that uplifting awe of an art form.”

While the thought of being able to see bands on stage in public seems so tantalizing, the impact of fewer punters filling a room could have countless impacts, from ticket prices having to be even more exorbitant than they were pre-COVID to a rather barren looking audience.

At the start of the pandemic, Sound City created an online platform called Guest House, which provided artists an outlet for performances, allowing them the opportunity to make money through ticket sales, donations, and merchandise. Over the last month, over 200 different artists have graced this virtual stage. Ayers believes that fans have now gotten used to this means of connecting with their favorite groups and that it will continue to be a part of the artist repertoire once we go back to “normal” life.

Yet Ayers, like Weir, sees a time in the near-ish future where venues will once again be hosting shows. “In the next 18 months, we’re definitely going to see the return of live events,” she tells me. “We’ll definitely see socially distanced events going on in the next 12 months. For example, if you were in a music venue that has 12,000 capacity, it might be down to 400 capacity.”

While the thought of being able to see bands on stage in public seems so tantalizing, the impact of fewer punters filling a room could have countless impacts, from ticket prices having to be even more exorbitant than they were pre-COVID to a rather barren looking audience.

Ayers admits that these sort of dramatic changes are not “what we know.” But people “have been without live music for so long,” Ayers believes that they are “willing to be in slightly different situations’ in order to see any sort of gig.”

“Once we can start doing these shows, it will open up more possibilities.”