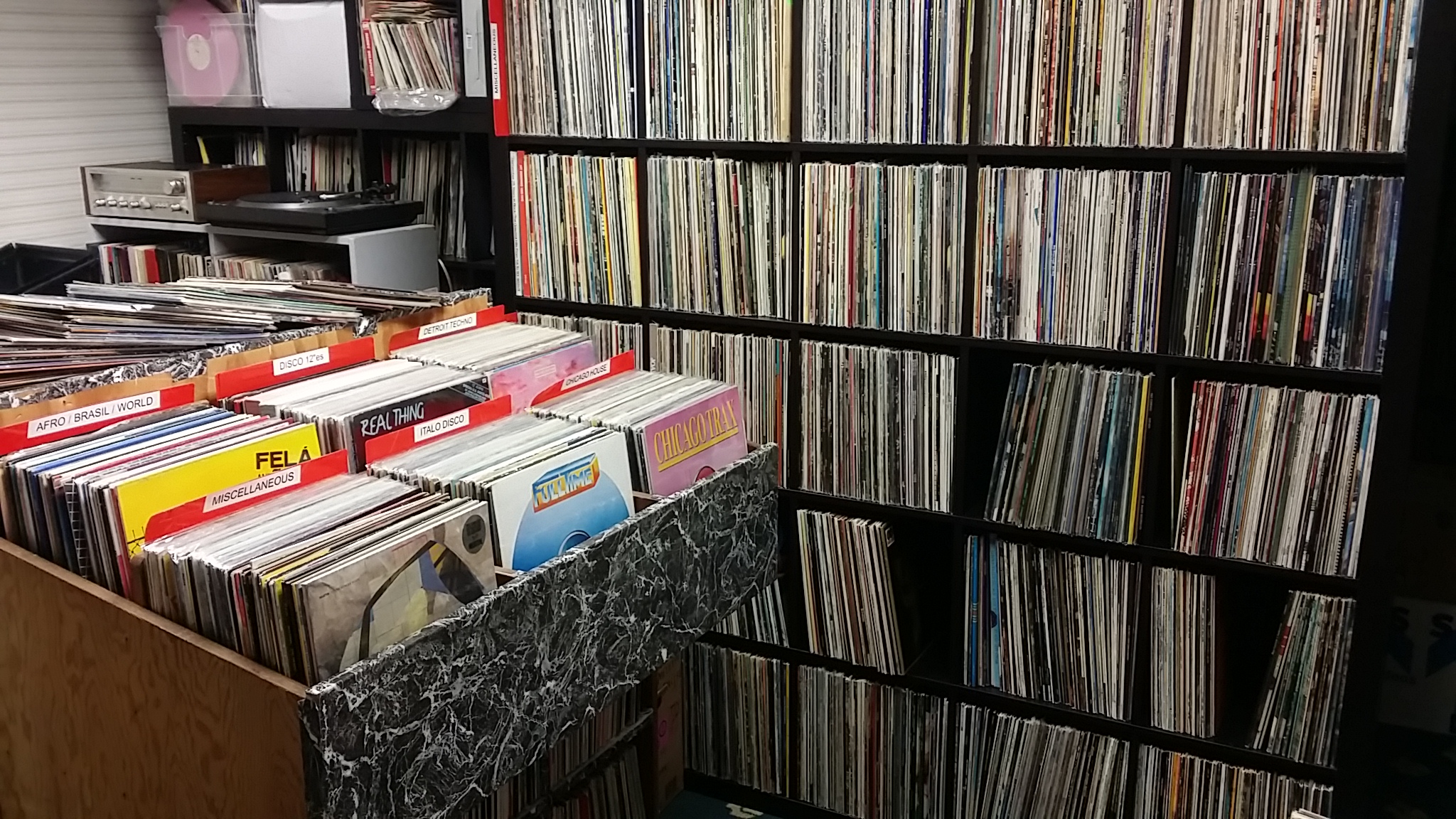 In partnership with Amsterdam Dance Event and Into the Woods, Discogs is proud to present Crate Diggers Amsterdam as part of ADE Hangover on October 21st at NDSM Wharf, Amsterdam. Spacejunkie will be one of the fantastic vendors at our booth, so we reached out to owner Frank to learn more about him and his store!

Interested in selling? Register now for a table at the event! Talk shop & network with collectors in the Amsterdam community while moving some stock. Tables are going fast! Vendors may register here. 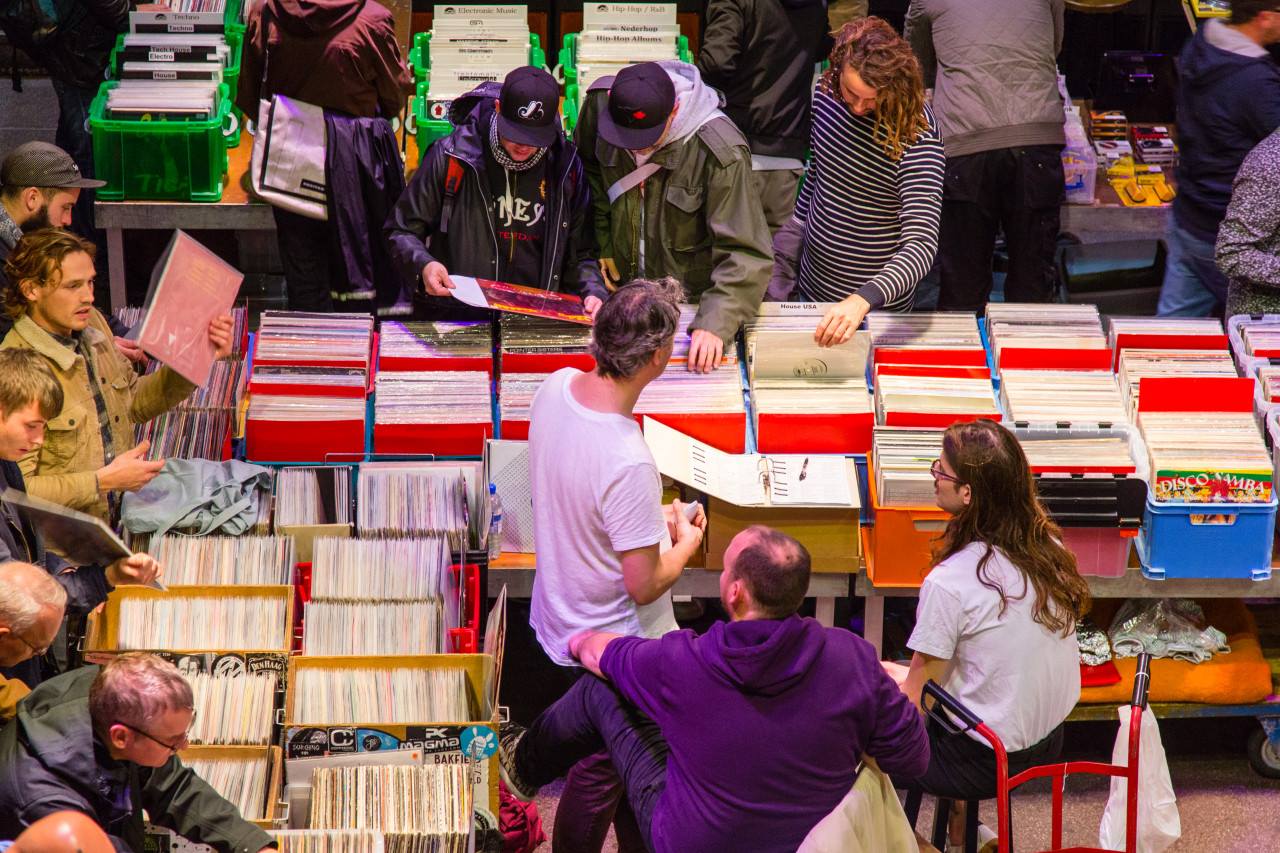 What is your role, and can you give us a bit of background on yourself?

Owner, collector, and seller from The Netherlands. Into music for 40 years and even published one of the first House magazines worldwide (Bassic Groove Magazine) which featured lots of artists for over a decade and even premiered a few. Like Carl Craig :-).

Can you tell us a bit about your store and its history?

Selling as a necessity of having too much records totally grew out of hand and now the store features almost all genres. Got lots of original pressings momentarily in NM condition, from the vaults of an old record company employee. Especially 70’s Pop & Rock. But still, the biggest part of the collection is House & Techno 12″es.

What was your inspiration for opening a record store?

The nicest thing is to tip people for records they don’t know and having them smiling about discoveries they were unaware of. Every record buyer wants to have special items in his collection.

Does your shop have a specialty? What sets your store apart from others?

I open only for visitors dropping by as the shop is not on route or in a town centre. In that way, I can give everyone all the attention they deserve as fellow music lovers.

What do you enjoy most about running your shop?

Helping people discovering new music and having them return the favor as well.

Do you have any favorite or memorable moments in the shop thus far?

Helping out huge Beatles fans with sealed copies and even selling them a special Beatles crate which was only issued out for promotion in the 70’s. Or just surprising people with too much top quality gems in the best condition imaginable. Leaving them hard choices which ones to buy within budget.

A bit messy after moving places I have to say. But it hides gems from the 60’s till the 00’s mainly with a strong focus on Chicago House, Detroit Techno and UK IDM from the 80’s & 90’s and Disco from all ages. Probably 80% twelves.

Do you use Discogs? If so, what features do you use?

Yes, as a seller and buyer. It’s great! The only thing not so great is that I haven’t had the time to list all my latest records for sale yet.

What can we expect to find at your table at Crate Diggers?

Is there anything you’ll be digging for at Crate Diggers yourself?

If people like to know about my special opening days and pop-up fairs, just get in touch. Will be selling at the ADE Crate Diggers of course!

Music junkie from 7 years old. Spacejunkie (Frank for friends) first single was The Jacksons – Blame It On The Boogie. First ever tape was the Star Wars soundtrack and first full album Queen – Jazz.

When he discovered 12″es (or maxi singles) he went on collecting a lot in this format. The remixed version of popular hits brought him to import record shops. Via advertising, he started collecting second hand Disco, Italo and Electro records from the seventies and eighties. While still buying Pop and Rock albums from his local vinyl supplier. Pocket money and money well earned as a paperboy all went down the drain… urrrhh into his collection (obviously).

In 1986 Spacejunkie discovered Chicago House music and from here House was his main focus. His love for this new music made him publish the third international dedicated House Music magazine from early 1992 on. The magazine was called Bassic Groove Magazine and became to be a frontrunner in the scene with lots of interviews and reviews of the likes of Carl Craig, Derrick May, Jeff Mills, Laurent Garnier, Carl Cox, FSOL, Aphex Twin, The Orb and so on.

Spacejunkie also organized huge Techno events in The Hague (Integrate) and all kinds of other musical events.

From 1993 he started buying and selling collections and has been doing so since. With a focus on Dance in the 90’s he has been doing so in all musical variety since the 00’s. As a true music lover Spacejunkie leaves you with his firm belief in ‘the force of music’: “Just buy music from the heart, no matter which style or genre. Good music will heal your soul!”

Spacejunkie’s collection consists of all kinds of genres: Jazz, Soul, Funk, Latin, Afro, Disco, House, Techno, Garage House, Breaks, Drum ‘n Bass, Pop, Rock, Hardrock, Krautrock, Folk, Country, Soundtracks, etc. His versatile hunger for music makes him buy everything which looks worth the try to discover hidden gems. His collection buying habits led him to own over 50.000 records of which at least 30.000 are doubles or stuff he is really strict with. You can’t stock everything and Spacejunkie already needed to rent more space outside his home. So now he has his own store. Open for everyone wanting to dig around piles and piles of records at times at your convenience. He lives nearby so if you want to drop by in the evening or on Sundays, that’s no problem. If you want to get in touch, just drop him a line!

Be sure to catch Crate Diggers Amsterdam as part of ADE Hangover on October 21st, 2018 at NDSM-Wharf! The epic FREE event begins with a record fair at 12:00, featuring 30+ vendors and local DJs spinning all day!