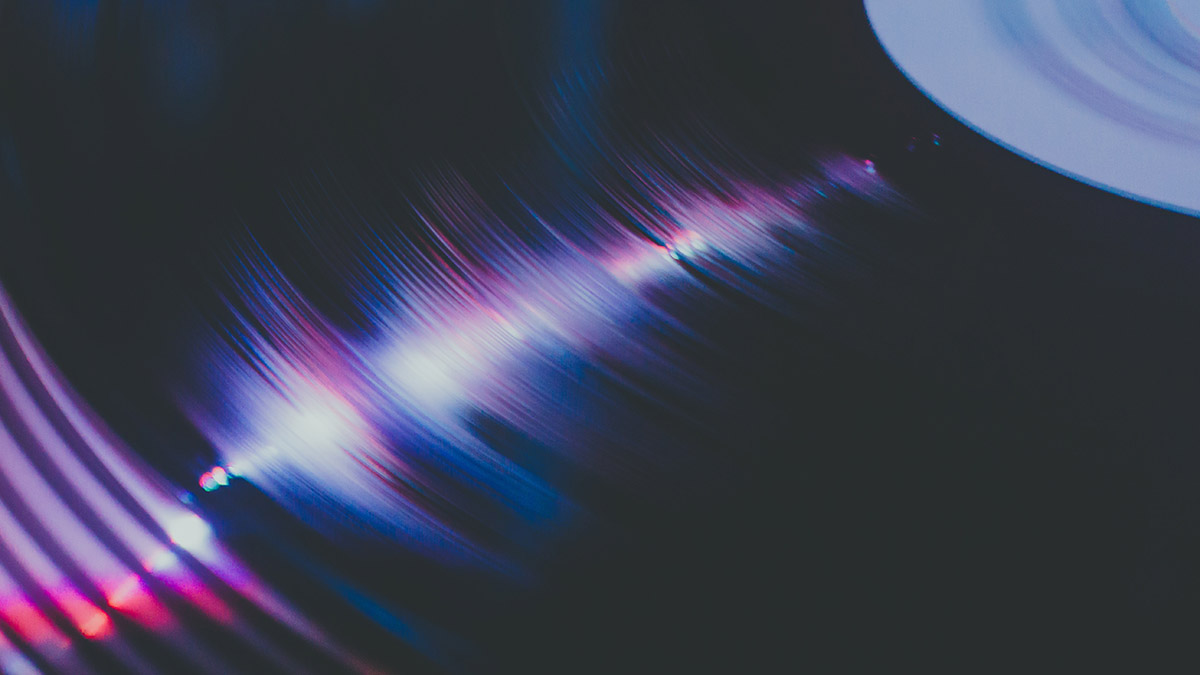 Aboriginal and Torres Strait Islander readers are advised that the following article contains images and voices of people who have died.

The songs of a culture that spans back some 50,000 years or more. The passing on of ancient stories, narratives of modern struggles and protest, the sounds of joy and pain. This is the music of indigenous Australia.

Indigenous Australians have a rich history of storytelling that is truly evident in their music. For 10’s of thousands of years, through song, dance, and visual arts they have passed down information and stories of the land that they are at one with. Everything from information on agricultural management to tales of heartbreak and even the creation of the land itself can be found within their arts.

Below you will find a selection of artists and albums that just scratch the surface of a culture with such depth it would be impossible ever to come up with a definitive list of messages shared through song. One-hundred years of recorded media can never stack up to the thousands of years of the song shared through their communities

From rock to hip-hop, electronica to classical, folk to indie pop, these are the songs of modern Indigenous Australia.

Thanks to Luke Currie-Richardson — descendant of the Kuku Yalanji and Djabugay peoples, the Mununjali Clan of South East QLD, the Butchulla clan of Fraser Island, and the Meriam people of the Eastern Torres Strait Islands — for helping me out with the article.

Archie Roach is one of Australia’s most treasured performers. He has been recording award-winning albums for nearly 30 years. In that time he has gifted us with a songbook of incredible rapport.

From his debut award-winning album, Charcoal Lane, released in 1990 to his latest album, Dancing With My Spirit, he continues to write songs that get to the heart of what it means to be human. And what he sees at the heart of humanity is love. 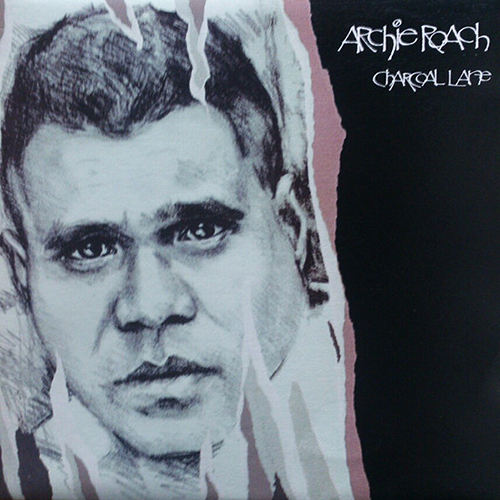 Sometimes a musical revolution can explode from the most unlikely of places, as Yothu Yindi have proven time and time again. Over multiple decades, Yothu Yindi have continued to break boundaries with hit albums and singles including Treaty, Djapana (Sunset Dreaming), Tribal Voice, Timeless Land, World Turning, and more. They’ve been nominated for 12 ARIA Awards and won eight, and in 2012 they were inducted alongside the greats of Australian music into the ARIA Hall of Fame.

Despite losing Mandawuy Yunupingi in 2013, Yothu Yindi carries his legacy proudly, with talented new frontman Yirringa Yunupingu walking tall in his uncle’s footsteps. There is only a small pool of people with the right lineage, voice, traditional knowledge, and skills to take center stage with Yothu Yindi, approved and acknowledged by tribal elders.

A.B. Original was born when the two artists were invited to perform at lauded radio station Triple J’s 40-year celebration, Beat The Drum, in January 2015. They produced a short but powerful set which also included the special performance of “The Hunt,” a collaboration with Gurrummul performed earlier on Triple J’s Live at the Wireless.

Since Beat The Drum, A.B. Original began writing songs in the spirit of N.W.A and West Side Connection, while lyrically bringing attention to issues closer to home. Respectively coming from the Yorta Yorta and Ngarrindjeri tribes, Briggs and Trials are socially conscious outspoken Indigenous artists. Together, they bring a new voice to Australian hip-hop.

The Warumpi Band originated in the Aboriginal settlement of Papunya in the central desert region of the Northern Territory in the early 1980s. The band’s name derives from the honey-ant dreaming site located near the settlement of Papunya, which is 260 kilometers west of Alice Springs. Original founding members were Sammy and Gordon Butcher, Neil Murray, and George Rrurrambu (deceased) assisted by other young fellas in the community. They toured the Northern Territory and Kimberly region playing to communities, outback stations, and isolated townships developing their unique sound and writing much of their material on the road.

The Warumpi Band wrote, recorded, and released the first rock song in an Aboriginal language, “Jailanguru Pakarnu” (Out From Jail), in 1983. In 1984, the debut album Big Name, No Blankets was released with “Blackfella/Whitefella,” “Breadline,” and “Fitzroy Crossing” receiving national airplay.

No Fixed Address is an Australian Aboriginal reggae-rock group formed in 1979. The band members came from Koonibba Mission, Ceduna. The band was led by Bart Willoughby (lead vocals and drums) together with Ricky Harrison (rhythm guitarist and principal songwriter), Leslie Lovegrove Freeman (lead guitarist), and John Miller (bass). All the members were related through family ties.

In 1980, the band made a movie, Wrong Side of the Road, with another Centre for Aboriginal Studies in Music (CASM) band, Us Mob. The movie dealt with the trials and joys of touring and the contrasting receptions they received in Indigenous and non-Indigenous communities. With the recording of the soundtrack, No Fixed Address and Us Mob became the first contemporary aboriginal bands to be recorded.

Jimblah is a producer, MC, and vocalist from Adelaide, South Australia. Originally from the Larrakia Nation in the Northern Territory, you can hear his many influences from artists spanning all genres of modern and ancient music in his hip-hop focused recordings. A whiz on both the production and vocal side, he is a man that knows how to push out the exact product he wants, more often than not containing a strong political message. He has graced the stage at some of Australia’s biggest live music events including Big Day Out, The Dreaming Festival, and Good Vibrations.

His latest album, Phoenix, was released in 2013. It was universally adored by critics and fans and quickly stormed to No. 1 on the AIR Chart. Recently he has teamed up with vocalist Georgia Humphreys for the hip-hop project Homeward Bound.

Kev Carmody was raised until the age of ten on a cattle station near Goranba in the Darling Downs district of Queensland. His father was of Irish heritage and his mother was a Murri (Indigenous) woman. He was exposed to music at an early age, listening to old 78 records of country and classical music. Carmody was also deeply influenced by Irish and Indigenous rural oral traditions and as a child learned many folk and popular songs as well as traditional Murri songs and stories.

His first album, Pillars of Society, was released in 1988. An album based around political themes, it was labeled by Australian Rolling Stone as “the best album ever released by an indigenous musician and arguably the best protest album ever made in Australia.”

Gurrumul Yunupingu was raised on Elcho Island, off the coast of North East Arnhem Land, as a member of the Gumatj clan.

Born blind, his powerfully emotive yet fragile voice has affected the public unlike any other Australian artist. His songs covered themes of identity, spirit, and connection with the land, and its elements across multiple Yolngu languages as well as English.

The Last Kinection are an Indigenous hip-hop trio made up of siblings Weno and Nay and DJ Jaytee. No strangers to the music industry, The Last Kinection have had significant success and experience for years before the group formed. Naomi (MC Nay) was one half of the R&B pop group Shakaya and signed with a major multinational label at the age of 16, quickly climbing the ARIA charts with their selling platinum singles and debut album. Joel Wenitong (Weno) and Jacob Turier (Jaytee) were on the rise as part of the infectious group Local Knowledge (Music Oz’ Best Indigenous Artist in 2005; Best Group in the 2005 Deadly Awards) before it folded.

Disheartened and frustrated, all three quickly moved on to form The Last Kinection, and the adventures of the inspired trio began: breaking down stereotypes of Indigenous people and introducing Australia to the next generation of Indigenous music.

William Barton is an Australian Aboriginal didgeridoo player. Born in Mount Isa, Queensland, he learned to play the instrument from his uncle, an elder of the Wannyi, Lardil, and Kalkadunga tribes of Western Queensland.

Barton was Australia’s first didgeridoo artist-in-residence with the Queensland Symphony Orchestra and is celebrated as one of the best didgeridoo players, particularly in the classical community.

If you have an interest in Indigenous artists from Australia you can check out many more releases here. Feature image by Guillaume Techer.