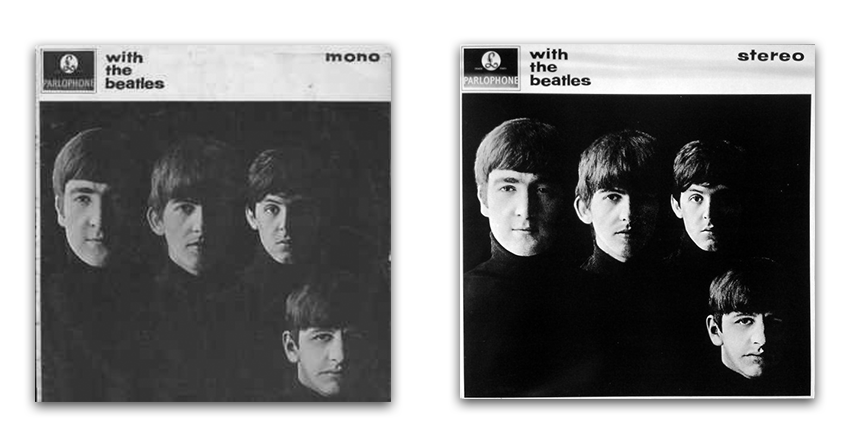 Maybe you’ve found yourself in a situation like this: Browsing one of the hundreds of vinyl releases of a popular 1960s rock album on Discogs, you see wild price differences between a mono and stereo version of a record. What’s the deal? Is one better than the other? Does it even matter?

To fully understand the differences between mono and stereo, we’ll dig into the history of vinyl records and the valuable insight of Larry Crane, editor and founder of Tape Op Magazine and the owner, engineer, producer, and mixer at Jackpot! Recording Studio in Portland, Ore.

Mono Vs. Stereo: Some History

Back in the mid-20th century, there were no cassettes, no CDs, no MP3s. If you were a casual consumer of music and wanted to play an album at home, it was vinyl or practically nothing else. For modern releases, vinyl collectors might have to decide between a color, clear, or black release of a record. In the 1960s and 1970s, many collectors had a different dilemma – whether to buy a mono or stereo version of an album.

Let’s go back in time and view some of the major technological advances vinyl records went through for a better understanding of why this choice matters. 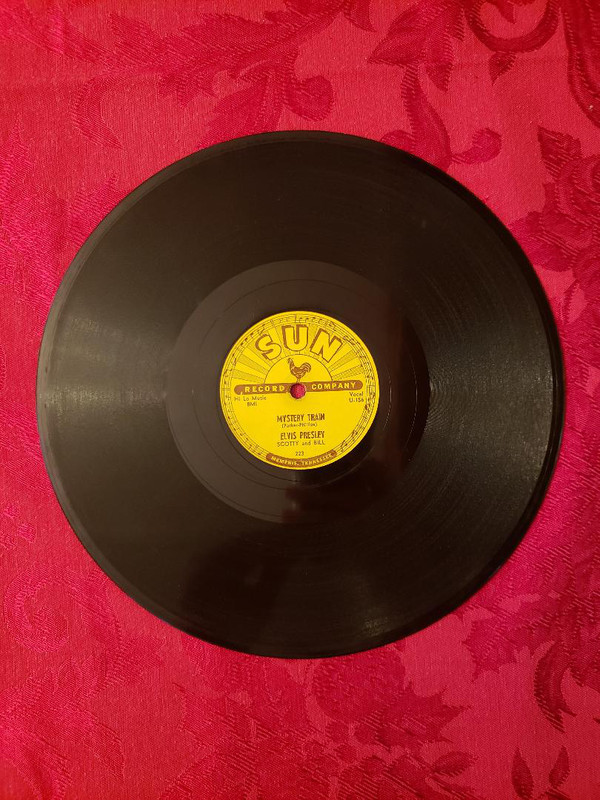 In 1948, LPs were introduced to the world. The days of flipping noisy shellac records every five minutes were over. It was a monumental improvement for music listeners, and it changed the way music was created and released. LPs showed the promise of advancements in vinyl technology and paved the way for more developments in the future.

Nearly 10 years later, in 1957, another major change was slowly making its way into record shops. Stereophonic records were now for sale, promising immersive sound and other auditory benefits. However, unlike the almost immediate shift from 78s to LPs, sales of stereophonic records would not overtake monophonic for more than a decade. 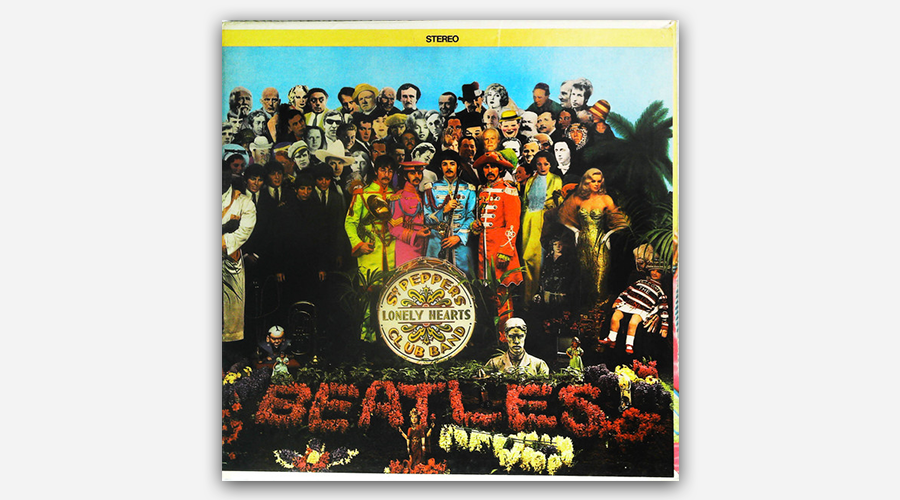 There’s a reason for this gradual change. Let’s just say that both collectors and engineers entered into a more complex world once stereo technology was introduced to consumers. To play a stereo record, collectors initially needed specialized setups, or they would risk damaging their equipment and records. On the production side, there was a steep learning curve and added expenses for releasing stereo records.

Albums originally released in this purgatory period between 1958 and 1970 – when many albums were produced in both mono and stereo versions, in varying degrees of quality – require some extra consideration from collectors.

To those interested in history, this is perhaps one of the most exciting eras in vinyl records. To decide which version is best suited for your collection, you’ll need to research how a record was originally recorded, mixed, and released.

Differences Between Mono And Stereo Records

Casual listeners will notice one main difference in the output of mono and stereo records. Audio playback of mono records is considered “centered.” A simplified way to picture this is to imagine a listening setup with two speakers – one to the left of you and the other to the right. Mono tracks will output the same audio from both speakers.

Stereo tracks will often pan the sound, driving different audio signals through the left and right speakers. This is a technique that can more accurately represent how live music is perceived by listeners. A good way to picture this is to imagine an orchestra being recorded with stereo microphones placed in different places in a performance hall. By mixing the audio picked up by these microphones, an engineer can create a more enveloping sound atmosphere on a record.

Larry brought up an excellent point in our conversation. There is a gray area here, as some records are not technically stereo despite being labeled as such. Stereo releases could sometimes have one mono microphone recording each instrument. Engineers could then simply pan the drums to one side, bass and guitars to the other, and center the vocals. There’s also a technique called “reprocessing for stereo.” An engineer could take a mono recording – hopefully off the master tape – and set up two equalizers to split audio into left and right speakers. Or, cutting even more corners, you could find mixes where stereo reverb was just added to a mono track. These were somewhat common techniques in the 1960s, especially in some of the lounge and easy-listening styles.

In reality, these methods are not technically stereo. Sure, panning instruments or adding stereo reverb will make a record sound different from a mono release. But it falls short of recording a session in true stereo. Understand that there’s ambiguity here, and the “STEREO” label on an album cover is sometimes a misnomer.

According to Larry, there were also pioneers of stereo. Individuals like Bruce Swedien were recording jazz releases in stereo and mono, even when the studios only wanted the mono versions. Bruce eventually worked on some huge releases, including Thriller. Again, history can guide your decision. Knowing some of these stereo pioneers will help you find great early stereo releases.

As for the qualitative auditory differences, mono releases typically sound more direct and pack more punch, with instruments often “competing” for space and layering on top of each other. Stereo tracks can allow for more “space,” giving room for the vocals and other key components in the center of the soundstage. You can sometimes get a sense for what the artist wants to stand out in a stereo release by listening for what occupies the “phantom center” of the soundstage. Larry had a brilliant take here: “to pan is to create space for what is important in the track,” and artists can “establish intent” by doing this.

Listen to the differences between the mono and stereo cuts of Lucy In The Sky With Diamonds from The Beatles’ seminal 1967 album Sgt. Pepper’s Lonely Hearts Club Band:

I like using Sgt. Pepper’s Lonely Hearts Club Band as an example of mono versus stereo, because both mixes were done well (though the mono mix received much more attention from the band). Just check out the 21 forum pages on the Steve Hoffman mono vs. stereo poll to see how widely opinions can vary for this one album.

Undeniably, there is a lot more nuance and complexity baked into the differences between mono and stereo records. When you get down to the nuts and bolts on the production side, the recording and mixing processes differ depending on the track, engineer, band input, and a collection of other factors. Though for the end consumer, it’s often a matter of preference.

What To Know When Making A Purchase

In these modern times, we often take conveniences for granted. Collectors in the 1950s and 1960s had to know whether their setups could play mono, stereo, or both. Today, any setup should be able to play both mono and stereo records – so don’t buy one or the other based on your listening equipment.

Bands often signed off on either a mono or stereo version of the record with engineers before it was released. This is part of the history you can typically dig into about a record. After this though, the band could walk out of the studio and engineers would mix a release for the other output. Recalling our history lesson above, creating both mixes was often out of consumer necessity – with the equipment at the time, many collectors could only purchase one version or the other. That said, it was also a technique sometimes used to further commercialize an album with re-releases long after the music had been recorded.

Take Piper At The Gates of Dawn, for example. Pink Floyd approved the initial mono release for their 1967 debut, but a stereo mix was later made. Listen to how different the mono and stereo versions of Interstellar Overdrive sound. Infamously, the stereo version of the song has erratic panning from left to right, which some claim the band would have never approved.

Stereo Example (fast forward to 8:40 for the infamous guitar pan)

The stereo version of Piper At The Gates of Dawn was much more widely distributed, but many argue that the mono is better. Larry lauded the mono version’s “better intent,” “focused energy,” and “strength” in sound. He does have both versions in his collection, though. The Steve Hoffman poll leans toward the mono release, but there are compelling justifications for liking either of the versions in the forum.

It’s generally recommended to stick with the band’s decision if you’re unsure of your personal preference. This signifies the creator’s intent when making the album; it’s the true representation of what they were trying to convey.

There’s certainly a novelty in going with the opposite version, and you may even find that some are rarer or more valuable. And if you’re into the sound or history of it, I encourage you to add that non-approved version to your collection. It’s an interesting talking point and can be fun to compare at home!

Here are some other pointers to help if you’re struggling. Keep in mind these are very general, and there are bound to be exceptions.

If you’re looking for further guidance, I recommend checking out the Steve Hoffman Music forums. Where reviews on Discogs typically excel at informing users about the quality of a certain pressing, these forums include polls and more robust dialogue regarding the question of mono versus stereo.

Lo and behold, mono isn’t necessarily dead. Larry mentioned some novel ways that mono can be used to record modern albums, including his recent work on Sunday State’s Mono EP. You can find some of his thoughts on the enduring benefits of mono in Tape Op Magazine, along with other deep takes from inside the recording industry.

What are your thoughts on mono versus stereo releases? Let us and fellow collectors know in the comments!