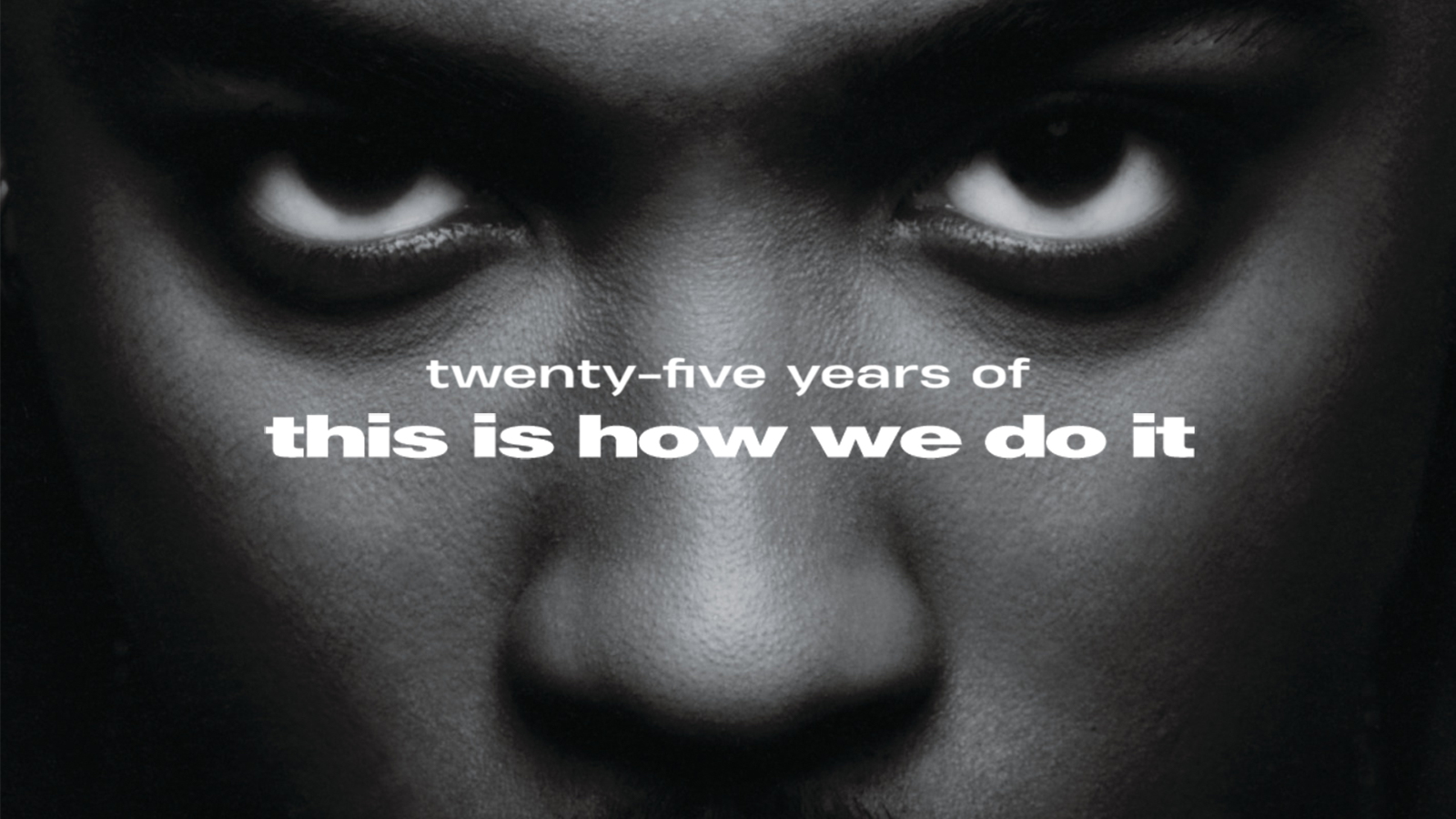 R&B in the ‘90s was an explicit departure from the soul music of old. In the ‘80s, Marvin Gaye yearned for sexual healing over soft bongos and congas that felt as harmless as it was seductive. In the ‘90s, hypersexuality was the status quo, and sexual healing became just bumping and grinding over thanks to sexual maximalists like R. Kelly running the charts. R&B artists in the ‘90s were changing the musical landscape and Jordan’s debut album was a perfect encapsulation of how R&B did it in the ‘90s. Montell Jordan ‎– This Is How We Do It

As the only South California R&B artist on the biggest East Coast rap label in the world, Jordan had to represent for his hometown, his label, and his genre.

What did he do? Show the world This Is How We Do It.

Montell Jordan had the sort of voice that could make anything sound sweet. Him harmonizing he was “scoping that ass, checking that smile,” in that order, on “Something 4 The Honeyz” was quintessential ‘90s R&B — sex first, romance after. Jordan wailing about “it ain’t about love all of the time” over the spacey experimentation of the production on “I Wanna” sounds as if he’s sending a message to the soul traditionalists who scoffed at R&B hypersexuality that this is how we do it now.

Here’s the thing: ‘90s R&B artists’ proclivity for over-sexualization is rooted in society’s shifting desire for explicit transparency from its artists. By 1995, hip-hop began ruling the world with artists like Notorious B.I.G. lusting for casual sex on the same album he was vividly expelling his suicidal thoughts. Besides frequently doing this it’s the confessional outro track “Daddy’s Home,” a ballad featuring Jordan tearfully explaining to his son why he wasn’t in his life, that is the best display of the dynamic range of Montell Jordan’s rich falsetto and his underrated songwriting talents.

If you didn’t think This Is How We Do It was partly a showcase of ‘90s R&B, Jordan made sure to remind people on “Something 4 The Honeyz” that “sometimes I bust a rhyme, but I’m an R&B singer.” That song was also one of the best examples of this album’s ode to where Jordan was raised– South Central L.A.

Repping For The Home Team

Before Jordan was on the radio, his home was in turmoil. Civil unrest erupted on the streets of South Central L.A. in 1992 after four Los Angeles Police Department officers were acquitted on charges of using excessive force during the infamous videotaped Rodney King altercation.  Jordan could’ve disavowed his volatile home and simply filled his album with innocuous love ballads. Instead, he made himself inextricable of the streets, subtly making fans know that whenever they hear him they’re hearing the results of the streets.

He has described the album’s titular hit single, an eternal party anthem, as a “direct reflection of what street life was for a good kid growing up in the neighborhood.” Before you hear Jordan on his own, you hear his mother reporting live from the “ghetto bird,” a common phrase for police helicopters, on “My Momma (Intro).” He talked as lovingly about returning home to L.A. on guitar-driven “Coming Home” as he did about any love interest in the entirety of the 63-minute album.

On “Coming Home,” he also made sure to bring his hometown to his new home, Def Jam, by sliding in a mention of him “chilling on the east,” presumably referring alluding to working with New York-based Def Jam. On “Gotta Get My Roll On,” he extended an already 4-minute and 40-second song in order to let the world know his bosses, Def Jam co-founder Russell Simmon and the label executive Lyor Cohen.

The song “This Is How We Do It” stayed at #1 on the Billboard charts for seven consecutive weeks and remains the definitive song of one of the greatest R&B artists of the ‘90s. But, to reduce the memory of This Is How We Do It to a singular song, no matter its place in pop culture history, is to ignore a genre and part of the world that changed music for an entire decade and beyond.

Keith Nelson Jr.
For nearly a decade, Keith Nelson Jr has been a critical voice in the music, TV, and culture space. He's a writer by fate, a journalist by passion with bylines at: REVOLT, ONE37PM, Billboard, Vibe Magazine, Okayplayer, REVERB, and LEVEL Mag.
2 Comments