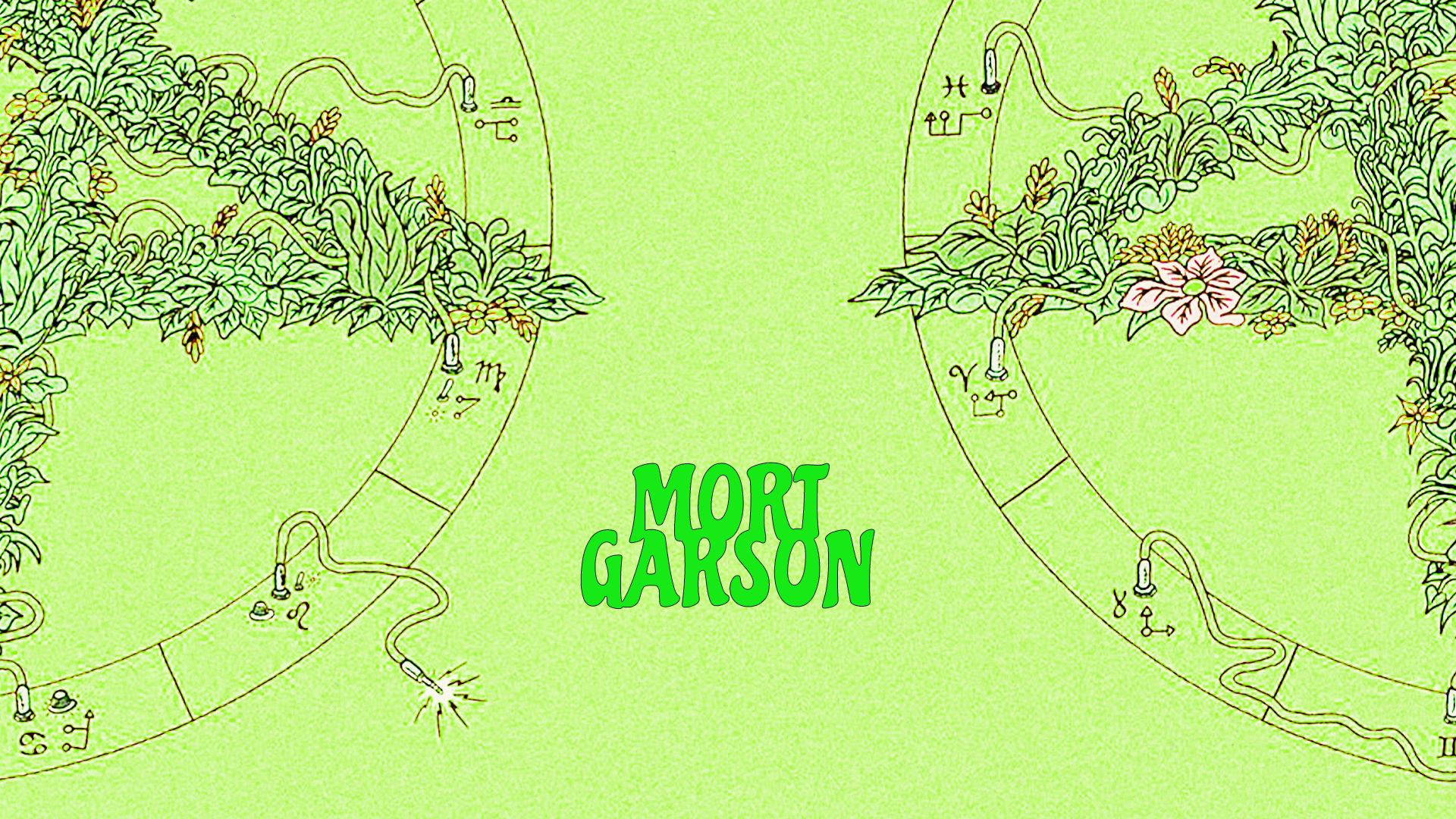 Sitting in Day Darmet’s living room is a pair of cherished keepsakes: the batons that her father, composer and musician Mort Garson, once wielded during his days as an arranger and conductor for recordings by pop artists like Doris Day, Liza Minnelli, and Rod McKuen.

“One of the best times I used to have with my dad,” Darmet remembers, “was being able to go to like, A&M Records where he’d be recording, sometimes with a full orchestra. Just to watch him up there with his wand, pointing to people and making them all stop because they did something wrong. I remember thinking to myself, ‘I wonder if he knows what he’s doing with that wand or if he’s just spinning it around?’ I’m still not 100% sure.”

Those batons are the most visible connection Darmet has to her father’s work, but they’re not all she has. Elsewhere in her Bay Area duplex are dozens of boxes that make up an archive of Garson’s long career — one that found him co-writing a #1 hit (Ruby and the Romantics’ 1963 single “Our Day Will Come”) and applying his arranging skills to albums by Glen Campbell and Paul Revere and the Raiders, among many others. Within this mass of material is sheet music and sketched out ideas for both his well-known work and ambitious projects like operas and a planned audio map of San Francisco. There’s also a wealth of recordings that Garson made from the late 1960s and ’70s, many of which were made using a massive Moog synthesizer.

It’s from those reels that Sacred Bones Records has been pulling the most important and interesting work from this period of Garson’s career for a series of reissues. Last year, the label re-pressed Mother Earth’s Plantasia, an album of gentle electronic instrumentals meant, as the text on the sleeve reads, “for plants and the people that love them.” This November sees the release of four LPs that show off the full range of Garson’s musical vision.

The two that might be most familiar to crate diggers and Moog enthusiasts are the albums Garson released under the names Ataraxia and Lucifer — dark and soupy affairs supposedly influenced by the occult and Satanism, but more than likely inspired by the success of horror films like Rosemary’s Baby and The Exorcist. The other re-releases are even rarer. Didn’t You Hear? is the appropriately warped soundtrack Garson recorded for a strange cult film starring Gary Busey and Breaking Away’s Dennis Christopher. Original LPs of the score were apparently only available for purchase in Seattle, at one of the only theaters to screen the movie.

Even more exciting is the compilation Music From Patch Cord Productions, a sweeping overview of Garson’s Moog recordings that includes short pieces he wrote for ads, the theme he wrote for the 1972 horror sequel Beware! The Blob, alternate version of Plantasia material, and even a switched on take on “Our Day Will Come,” recorded as The Electric Blues Society.

There’s a small note of relief in Sacred Bones founder Caleb Braaten’s voice when talking about these reissues. These releases are the culmination of many hours of work—and not just the time he put into digging through and cataloging the material in Garson’s archives. It took months to assure Darmet that his intentions with her father’s work were good.

“I don’t know that it was skepticism or anything like that,” Braaten says, speaking from Sacred Bones’ offices in New York. “I think she wasn’t necessarily sure that it was her place to have a say in what happens with her father’s music. I think that took a little convincing. I also think she needed to convince herself a little bit.”

It was, according to Darmet, a psychological hurdle. In the past, she ignored any requests from labels and music supervisors looking to license one of Garson’s recordings, trashing letters and emails because she didn’t want to have any financial help for her life or her catering business coming from her father’s work. But Braaten was able to break down her defenses through a year of phone contact and, eventually, meeting Darmet face-to-face.

“He came from New York to California to meet me,” she remembers, “And the first time I sat down with him, I could see who he was. He’s such an honest, passionate person about my dad’s music and all of the music that he follows and takes care of. Right away, I knew I wanted to be a part of what he was doing.”

What still mystifies Darmet is why anyone would care about her father’s music, especially the kitschier, more esoteric work that Braaten and record collectors around the world are so excited about. She gets the appeal of a chirpy love tune like “Our Day Will Come.” A collection of “electronic musical impressions of the occult” full of sputtering programmed drum beats and haunting drones like Ataraxia’s The Unexplained is a little harder to understand. During our half-hour chat about her father, Darmet even questioned me about my interest in these records.

As I told her, what I hear in Garson’s work is the sound of someone giddy with the possibilities of the Moog synthesizer. They also feel like the product of a working-class artist trying to capture the attention of curious record shoppers via adult-oriented fare like Music For Sensuous Lovers, a 1972 LP released under the moniker Z that sets simulated sex sounds to a bouncing Moog melody, or The Wozard of Iz, his 1968 album based on L. Frank Baum’s legendary children’s tale.

Too, Garson cultivated an alluring air of mystery about his work, rarely putting his name on any of the albums he released — an element of the story that also baffles Darmet.

“I don’t know if it was [trying to remain anonymous],” she says, “or if it was so if the whole thing flopped, he wouldn’t have his name on it. I think he was swimming in uncharted waters. I think if my dad were alive today he would be totally fascinated by the fact that people have caught up to him.”

The rediscovery of Garson’s work won’t end any time soon. Braaten and his team are still unearthing fresh gems. They recently stumbled upon the original master tapes for Plantasia, which are being used for an audiophile repressing of the album that will also be out in November. There are plans for a second volume of the Patch Cord Productions compilation that may include the music that Garson was commissioned to make to accompany the TV broadcast of the first moon landing.

“It’s really a lot,” Braaten says of the archives. “I really love being able to see into the creative process of somebody like Mort. And that’s a really great way to do it — to go through these tapes and listen to what he was working on and what he decided to keep. Part of what we’re trying to do is create a backstory, or as much of it as we can, so people can know this guy’s legacy.”

Published in partnership with Sacred Bones Records. Available for pre-order now and arriving on November 6, 2020.